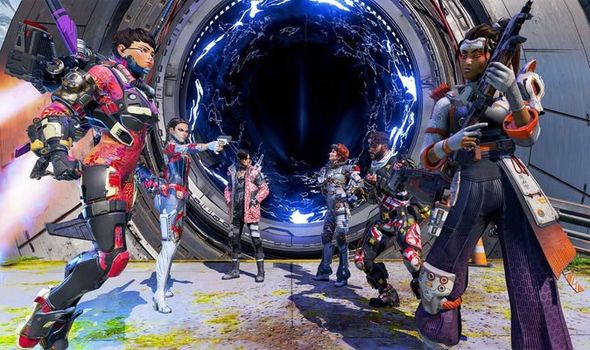 Respawn has big plans for the release of Apex Legends Season 9, including a brand new mode going live across PS4, Xbox One and PC.

That’s without mentioning the new Legends character, which will be going live as part of the release date.

Valkyrie is the daughter of Apex Predator Viper, who has salvaged the remains of her father’s Northstar Titan years after his death.

With Rampart’s help, she fashioned it into a sleek new jetpack that honours her family’s legacy. Now, she’s entered the Games under the name VALKYRIE.

Valkyrie comes with several new abilities, including using your jetpack to reposition or reach high places.

Gamers will also be able to fire a swarm of mini-rockets that damage and disorient the enemy, as well as using scanning survey beacons to reveal the next circle’s location.

This will be part of this week’s Apex Legends update, with the Season 9 release date and timing locked in for Tuesday, May 4.

A full schedule has not been confirmed yet by Respawn but there is a good chance that something will be shared in the coming hours.

We also know what else is being planned for Apex Season 9, although there won’t be any surprise mobile launch this week.

The big update is also going to include a new weapon and a fresh mode called Arenas, which is a 3vs3 experience that will be available to everyone on launch day.

A message shared in the Apex Legends patch notes reveals this about the new Arenas mode, telling fans:

“The Games are going underground with the introduction of a new permanent mode: Arenas. Fully reassembled and unimpressed with the glitz and glamor of the Apex Games, former Apex Predator Ash is taking the competition back to its roots. A purer form of combat.

“The rules are simple: 3-versus-3. Eliminate your enemies to win the round. Nowhere to run, nowhere to hide. You win, or you die.

“Arenas features a new set of custom maps, tailor-made for close-quarters combat (with more to come in the future). Squads start each round in a spawn room, where they can get weapons, gear, and abilities, and adjust their loadout as their strategy changes. The first team to win three rounds with at least a two-point lead will be crowned the victor—unless they battle to a four-four tie. Then they’ll have the honour of participating in Ash’s favourite part of the game: Sudden Death.

“To win an Arenas match, you need to win at least three rounds and be ahead of the enemy team by two points.

“Let’s talk about what that looks like in practice. The easiest way is to win three rounds without dropping more than one round to your opponent. In other words, go 3-0 or 3-1 and the match is over.

“However, if your opponent is able to win at least two rounds, things get interesting. You’ll have to pull ahead by two full rounds to win. Going 3-2 or 4-3 won’t cut it.

“Instead, you’ll have to go 4-2 or 5-3 to secure victory. Rounds will continue until one team pulls ahead by two rounds. If this continues all the way to the ninth round (by going 4-4) the game kicks into sudden death mode. Whoever wins round nine takes home all the glory.”

WHEN IS THE APEX LEGENDS SEASON 9 RELEASE TIME?

Respawn Entertainment has revealed that the Apex Legends Season 9 release date has been set Tuesday, May 4, 2021.

This will start with the launch of an Apex update, which will add the new Arenas mode, as well as a new character, weapon and other changes.

It should be noted that while we don’t know the “official” Apex Legends release time for the UK, things could change later today.

Respawn has set big updates live much earlier than advertised in the past, so it will be worth keeping an eye out for surprises on Tuesday.

But based on the current countdown timer, the Apex Legends Season 9 release time has been scheduled for 6pm BST on Tuesday, May 4.