When biologists created a taxonomy of animals, we understood the natural world better. Mobile insights and analytics firm App Annie is doing the same with the launch of Game IQ, a new taxonomy service for games that uses data science to categorize thousands of games in a way that helps advertisers understand gaming audiences more accurately.

This classification model will be important for advertisers starting next month, as Apple in particular is going to make it harder for mobile marketers to target ads toward individual users in the name of preserving privacy. We’ll get back to that point soon, but first let’s describe what Game IQ will do.

With Game IQ, App Annie will put each game into a category that includes a genre (such as role-playing games), a subgenre (such as action RPGs), and modifier tags (such as casual or hardcore or art style). If the game involves an intellectual property, that will be another distinguishing factor. Other features that affect the categorization include settings, landscape or portrait play, and monetization mechanics.

In the past, game marketers haven’t been able to go as deep because the app stores run by Apple and Google don’t have a lot of nuance when it comes to categories. If a mobile marketer wanted to find out exactly which game competes with their own, the analysis might have been much harder.

Enter the Apple decision about protecting privacy. Apple is offering a prominent prompt in iOS 14 (the new version of the operating system coming in September) that will ask users if they want to opt-out of being identified and tracked with every single mobile app. App Annie doesn’t expect a large percentage of users to opt-in to being tracked. And the result is that it will become a lot harder on iOS to determine if a new user for a game decided to play that game because of a particular ad.

App Annie’s Ascend product helps developers cope with this, and Game IQ helps them think about the bigger picture of competition for their games and apps. Advertisers have to think about on an aggregate level of whether they’re launching the right campaigns and targeting the right channels, said Ron Thomas, general manager of analytics at App Annie, in an interview with GamesBeat.

“We have to adapt to a privacy-first world,” Thomas said. 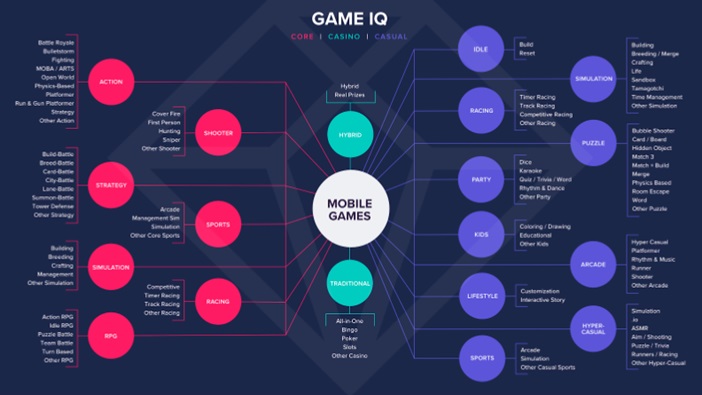 Above: App Annie is using Game IQ to categorize games.

And if you can’t target people on the user level anymore, then a mobile marketer might consider targeting categories instead. That’s where the App Annie Game IQ analytics come in. The service leverages data science to create custom views and maintain a taxonomy to automate game categorization at scale. More than 27,000 games have already been categorized, said Amir Ghodrati, App Annie market insights director, in an interview with GamesBeat.

“Game IQ is creating a way to do a much deeper analysis of what’s going on in the gaming market,” Ghodrati said. “We’re creating something that adjusts for the fact that the gaming market has come so far during the past 12 years when the original keywords were created. Not only has the ecosystem changed, but the gamers have changed, and the types of publishers have changed. So there’s a way to create much more granular segments to find out what is going on in the market.”

Game IQ delivers a visual framework to dissect tens of thousands of apps providing answers to questions such as: 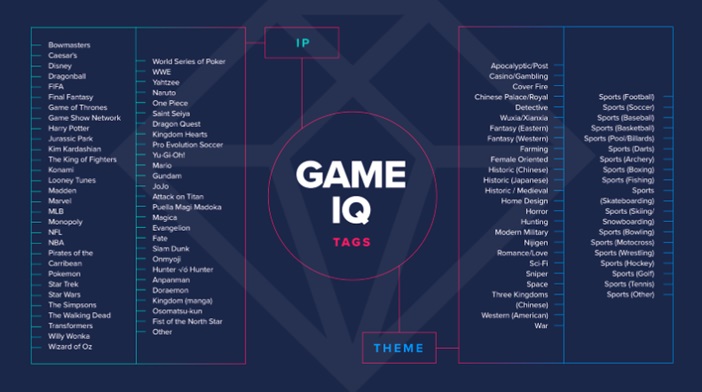 Above: Game IQ has more than 99 subgenres of mobile games.

Game developers will benefit from prebuilt classifications guiding product development, user acquisition, monetization, marketing, and more. So what insights does Game IQ yield? One example is that the battle royale subcategory of games accounted for nearly 20% of the global time spent among the top 1,000 games by monthly active users. And battle royale games come in different flavors, including casual titles that are aimed at players who aren’t the usual fans of hardcore games, Ghodrati said.

“We can track to a subgenre like the battle royale games,” Ghodrati said. “Or if a game is an action RPG or an idle RPG. These subgenres are much more granular than what you’re used to.”

App Annie said it has identified three levels of tuning, 19 genres, 99 subgenres, five categories of modifiers, and over 80 modifier tags. That means that App Annie and slice and dice its data in a lot of ways.

As an example, you can learn what types of racing games are popular, and which ones with the right monetization mechanics are doing the best in the market right now. Marketers may find that a type of game doesn’t exist in a hardcore category, and that might mean there’s an opportunity to make a game for such users.

Ghodrati believes it will be easier to make business decisions if publishers and developers can understand the market better and have access to more granular data and understand where trends are going.