Are Corporate VTubers The Future Of Gaming Advertising?

VTubing is a trend on YouTube, Twitch, and other streaming services where, instead of having a customary face cam, streamers show an animated character that is mapped to their movements. Some follow arm and head movements, but the most expensive models even map facial expressions and track the streamer’s mouth as they talk. Many VTubers use their avatars as a roleplaying exercise as well as a cosplay, answering to their avatar’s name and interacting with viewers in-character.

A cursory glance of Apex Legends streams on Twitch reveals a number of VTubers, including ‘ShibuyaHAL’ – who is signed to TSM as a content creator – and Scarz’ ALGS player Dan ‘rpr’ Ušić. Between them, they have nearly half a million followers on Twitch. Timmy 'iiTzTimmy' An, one of the most popular Apex streamers, is donning a custom Pathfinder avatar and VTubing the launch of Apex Legends' Gaiden event, which is inspired by anime. Apex Legends and VTubing go hand in hand.

I first envisaged the idea of a corporate VTuber during Lifeline’s Tales from the Outlands trailer, which explored her backstory in the Frontier Wars as she tried to help wounded soldiers, despite her parents’ continued funding of the war. As her Lifeline’s best friend, Octane plays a large part in the animated short, and the selfie-obsessed speedster livestreams her parents’ potential war crimes to shed some light on the unethical treatment of wounded soldiers. Octane would mate a great streamer, I thought. Why hasn’t someone made this happen yet? Then, Apex Legends released three official VTubing avatar models. 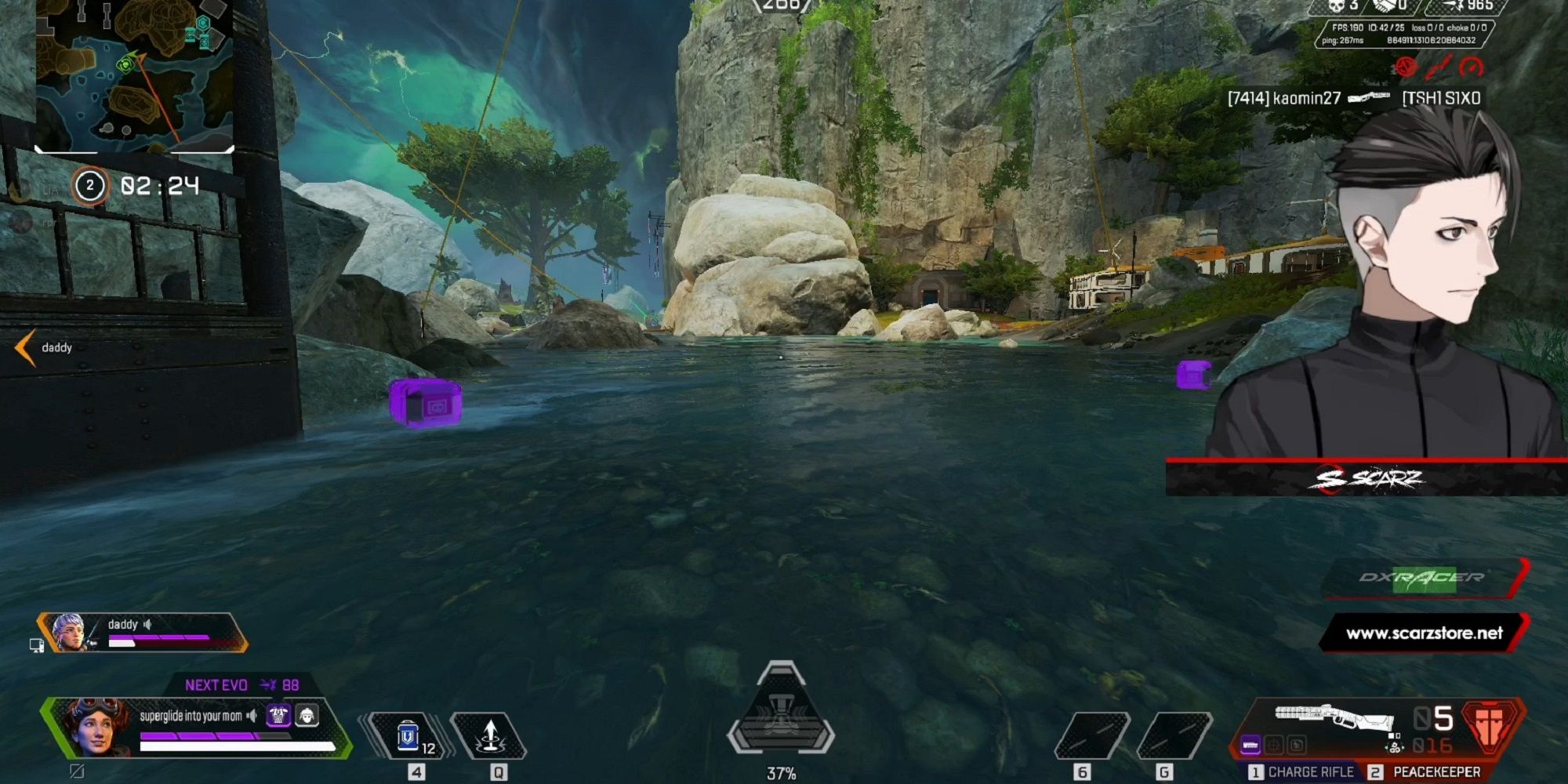 I should explain what I mean by the concept of a ‘corporate VTuber’. I’m talking about the co-opting of VTubing for the purposes of advertisement. It’s not quite the same as a sponsored stream, because in effect the VTuber would embody the character they’re playing as. ‘Watch Octane play Apex Legends Season 14,’ or ‘Here’s Vi trying out the new League of Legends patch.’ It’s part cosplaying, part roleplaying, part streaming, and all advertising. But is this even possible? And if it is, is it a reality?

It’s certainly a possibility to VTube as Octane, Mirage, and Bangalore, as EA has released the official files to do so. But simply streaming with an Apex avatar isn’t the same as the corporate VTubing I’m talking about. It’s like streaming in cosplay, and while it certainly advertises the game, it only does so as much as any other streamer. But will Apex employ actors or streamers to get into character for a new season launch or big competition in future? It seems like a possibility. 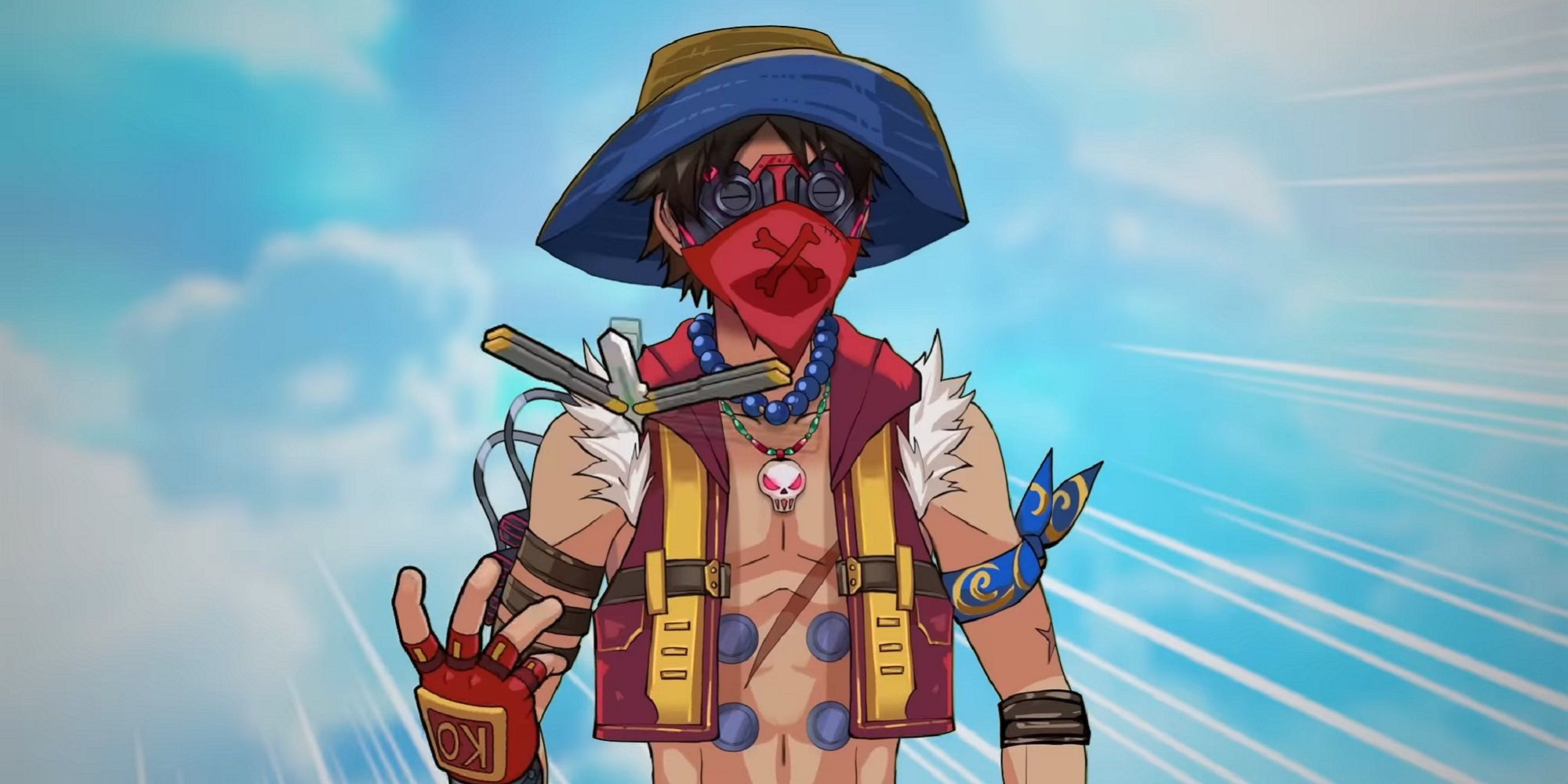 EA employed five cosplayers to take the stage at the ALGS Championship earlier this month, and the IRL imitations of Bloodhound, Caustic, Gibraltar, Revenant, and Wattson brought a sense of grandeur to the occasion. So why stop there? Apex esports’ Multiview feature allows viewers to watch the action from any perspective, and a corporate VTuber on a commentary desk seems like the natural extension of this. Jack ‘NiceWigg’ Martin, who hosts the tournament’s B-streams, has big Octane energy, just saying.

Much like companies have jumped on cosplayers as a way to market and promote their game, I predict that the same will happen with VTubers over the next year. IRL Octanes will jump around Comic Con and E3 as virtual Octanes stream gameplay to viewers online. It’s only a matter of time before gaming corporations jump on this latest trend, bastardising the creativity of VTubers in order to market their products. Sure, it’ll be fun to watch Octane play as himself, but it’ll be an advert all the same.