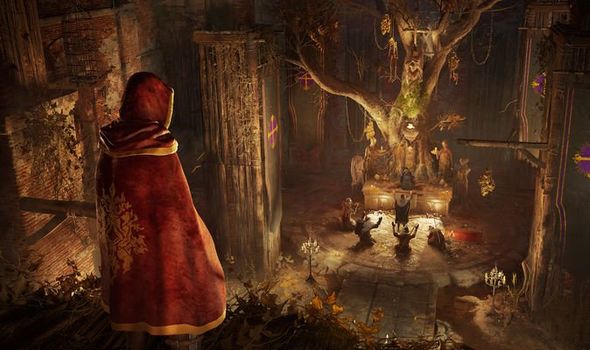 Assassin’s Creed Valhalla’s second major expansion is about to launch.

Available on PS5, PS4, Xbox Series X/S, Xbox One, PC and Google Stadia, the DLC has an August 12 release date.

And the good news is that fans won’t have to wait very long for the download to begin, because The Siege of Paris launches just after midnight.

The Siege of Paris DLC will be available to download and play from 1am local time on August 12 for fans playing on PS4 and PS5, as well as Xbox Series X and Xbox One.

PC users will have to wait a little longer, as the expansion launches at 4pm BST on Epic Games Store and 10am BST on Ubisoft Connect.

The new Assassin’s Creed Valhalla expansion shifts the action to France, and to one of the biggest battles in Viking history.

“Set in Francia, this new adventure will set Eivor on a dangerous path full of gripping questlines across the Frankish countryside towards one of the most infamous battles in Viking history.

“Players will get their hands on new weapons, abilities, gear, and skills to take on new enemy types.”

Even more exciting is that The Siege of Paris will re-introduce Infiltration Missions.

“Here, players will have the liberty to choose the best way to eliminate their designated target,” Ubisoft explains.

Unfortunately, however, players will need to have completed one of the two first narrative arcs available in England to access the DLC.

“When in Ravensthorpe, Eivor will stumble upon visitors from Francia offering suspiciously generous presents and will then find their way to Francia.”

There’s no mandatory power level to play the downloadable content, although Ubisoft recommends getting to at least level 200.

According to the gameplay trailer (above), the Siege of Paris DLC also allows players to infiltrate the fortified walls of 9th Century Paris, and aid the resistance against the Carolingian Empire.

You’ll be able to explore the “lush Frankish countryside” and sail across the iconic Seine River through Paris.

If you want to play Assassin’s Creed Valhalla and its Siege of Paris DLC, you can purchase the game at a discounted price.

On PlayStation, AC Valhalla is currently available for £34.19. The Ultimate Edition – which includes the Season Pass – is reduced to just £69.99.