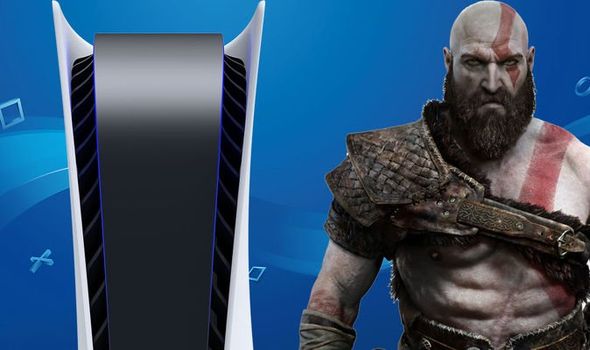 Sony has hosted a number of State of Play events this year, but the PS4 and PS5 makers are yet to host an E3-style event which delivers a blowout of major news. Nintendo and Xbox have already held their biggest event of the year so far, which took place at the returning E3 2021 expo. But with Sony skipping the iconic event once again, there is still plenty we don’t know about the PlayStation makers upcoming plans for the PS4 and PS5.

It had been rumoured that Sony would be hosting a major State of Play event in August, with an August 12 stream date previously mooted.

This news came courtesy of leaker Roberto Serrano, who previously leaked the re-arranged date for the PS5 Future of Gaming reveal event.

Last month Serrano tweeted: “Next PlayStation event should be come in August, before the Gamescom 2021, most likely in the first half of next month.

“I’ve the date but it’s not confirmed yet (I’ve shared it to few people). Just wait”.

“Updates on the next God of War, Horizon Forbidden West, the next generation of PlayStation VR and more”.

However, in a series of tweets recently Serrano has claimed the next big PS5 event – which is rumoured to be an hour long – could now take place in September.

This comes after VentureBeat journalist Jeff Grubb revealed the Horizon Forbidden West release date could be getting delayed to 2022 – something Blooberg’s Jason Schreier later corroborated.

Grubb, besides revealing the Horizon Forbidden West delay, also claimed a new State of Play could be dropping in September.

Following on from this Serrano tweeted: “Jeff Grubb heard the next PlayStation event may be come in September.

“I am awaiting confirmation by my source. If so, it’s probably because they want to show more than expected”.

The leaker went on to add that a smaller State of Play may still happen in August, but the showpiece event looks like it will be happening in September.

Serrano tweeted: “So, the big PlayStation event (around 1hr long) may have been moved from August 12nd to September leaving a little State of Play (less than 30 min) on August 12nd, or the other way around.

“Surprises around the corner, however.

As always with rumours, it’s best to take the claims with a pinch of salt until official confirmation.

But a major Sony event – at some point during the remainder of 2021 – seems all but a certainty.

The PS5 makers previously revealed that fans should find out more news about Horizon Forbidden West and the new God of War soon.

Announcing its July State of Play Sony teased inbound news on some of its most highly anticipated projects.

Speaking about the stream during July, Sony said: “This showcase will not include updates on the next God of War, Horizon Forbidden West or the next generation of PlayStation VR.

“Stay tuned throughout the summer though, as we’ll have more updates soon.”