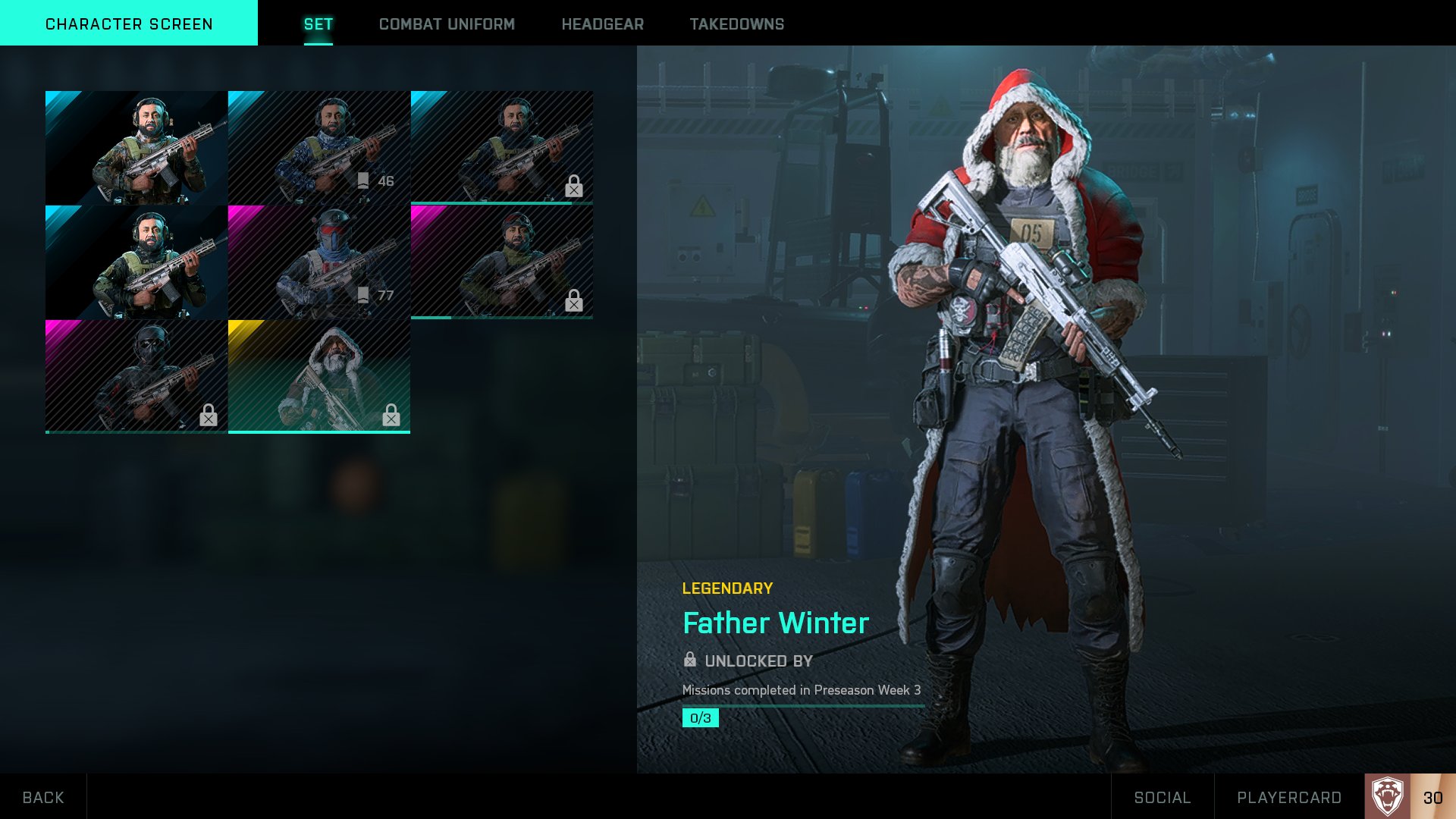 Players are certainly not feeling the festive spirit in Battlefield 2042, as they complain that new Christmas skins are too Christmassy.

Battlefield 2042 has certainly had its fair share of problems since launch, with a lot of bugs and missing features, but at this point it’s beginning to feel like players are looking for things to complain about, as they get irate over a Father Christmas skin.

The skin was added today, alongside a number of other festive vehicle skins. That seems to have been an accident, and they were actually supposed to be revealed later, but EA has rolled with it and allowed the skins to be used early.

This was immediately criticised by hardcore fans, with the ‘Father Winter’ skin coming in for the most complaints because players think it’s too silly and more like something you’d see in Fortnite.

The Father Winter skin can only be used by specialist Pyotr Boris Guskovsky (because he’s already got a beard) and, well, all he needs is a bell and he could start collecting money outside Boots.

Fans have been complaining on social media that the game is betraying its ‘dark, gritty, and mature’ tone, with complaints on Reddit also being levelled at the post-match one-liners which are deemed ‘cheesy’ and ‘corny’.

As usual, the idea that any mainstream first person shooter is in any way realistic seems pretty silly but Battlefield certainly likes to pretend otherwise and in that context the skins are a bit of an eyebrow raiser.

Then again, it’s Christmas, and it’s not as if they’re adding skins for Iron Man or Rambo – both of which have turned up in Fortnite and Call Of Duty, respectively.

Given the thin ice that developer DICE is already on with fans there’s a good chance they might be forced to remove the skins just to placate them, even if that does set an unfortunate precedent for the future.