Beyond the shift from classes to Specialists in Battlefield 2042, the general class roles from past games have been redefined. Engineers, a class dedicated to supporting and countering vehicles, has been redefined as a defense-oriented class in 2042.

The best example of a 2042 Engineer is Kimble "Irish" Graves, a returning character from Battlefield 4's campaign. Irish has two defensive gadgets he can deploy to help his team maintain control over a certain part of the map. This guide will go over Irish's role, how the Fortification System gadget works, and we'll provide some tips on how to best use Irish. 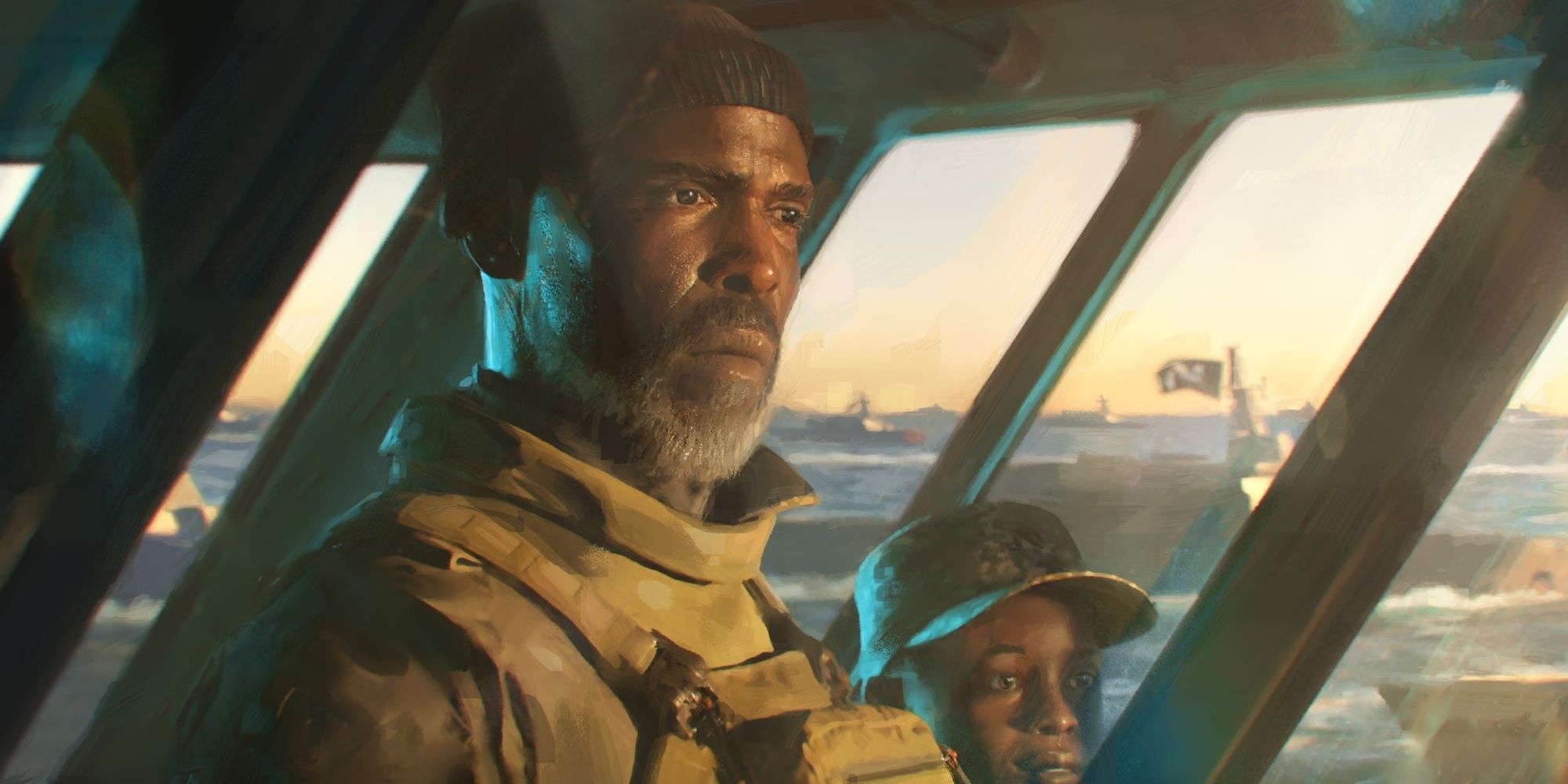 Irish serves as an anchor for defending objectives or providing cover during open engagements. His Fortification System allows Irish to create cover wherever he needs, or Irish can deploy a trophy system to intercept enemy explosives. To help him stay alive on the battlefield, Irish's Veteran passive allows him to scavenge armor from slain enemies and spawn with a small chunk of armor. Overall, Irish is best suited for defending objectives, although he also excels at sniping​​​​​​. 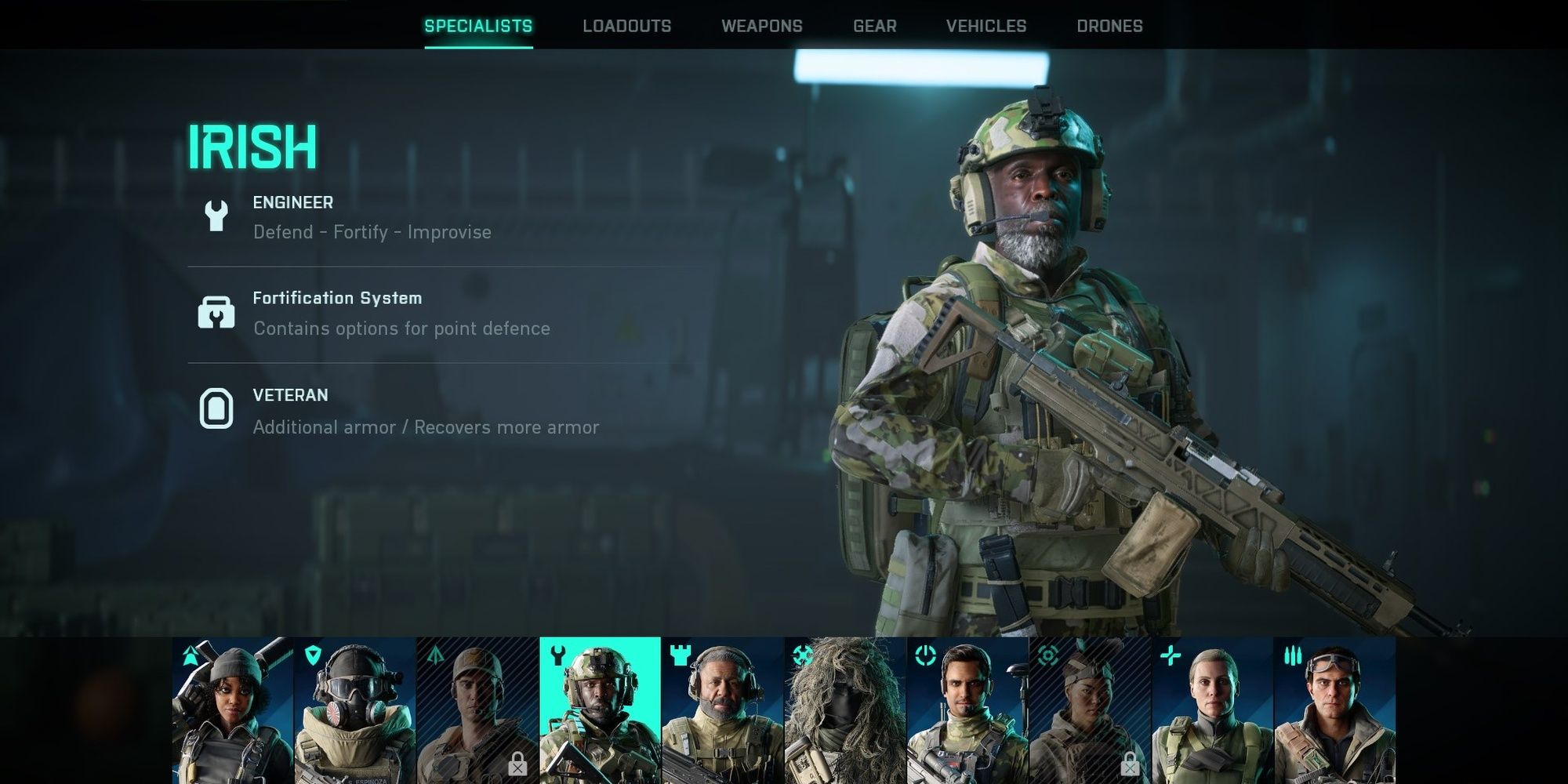 Similar to Angel, Irish's Specialist gadget is actually two gadgets wrapped into one package. You can hold up to two charges of Fortification System at a time, each charge having a lengthy cooldown. You cannot place either gadget on vehicles.

The DC-2 Deployable Cover gadget does exactly what you'd think. It creates a sizable piece of cover for you to hide behind. Standing behind it will cover most of your torso and lower body, making it harder for an enemy to hit you. Deployable Cover has an immense amount of health, capable of absorbing multiple explosions before it gets destroyed. This gadget lasts until destroyed.

Known by most as a trophy system, the APS-36 Shootdown Sentinel destroys enemy explosives that are three meters from the gadget. This includes grenades, the Recoiless M5 rocket launcher, and even rockets fired from vehicles. Keep in mind that a three-meter radius is fairly small in 2042, so the enemy explosive will need to fly right above the gadget for consistent results. This gadget only destroys enemy ordnance, and explosives destroyed this way do not deal any AoE damage. Shootdown Sentinels last until they're destroyed by enemy gunfire. Irish can also recover trophy systems to regain uses of Fortification System.

Veteran's in-game description is quite vague, so let's break it down. This passive does two things:

Despite its in-game description, Veteran does not give Irish additional armor from any armor source. You still have a cap of +20 armor as Irish. 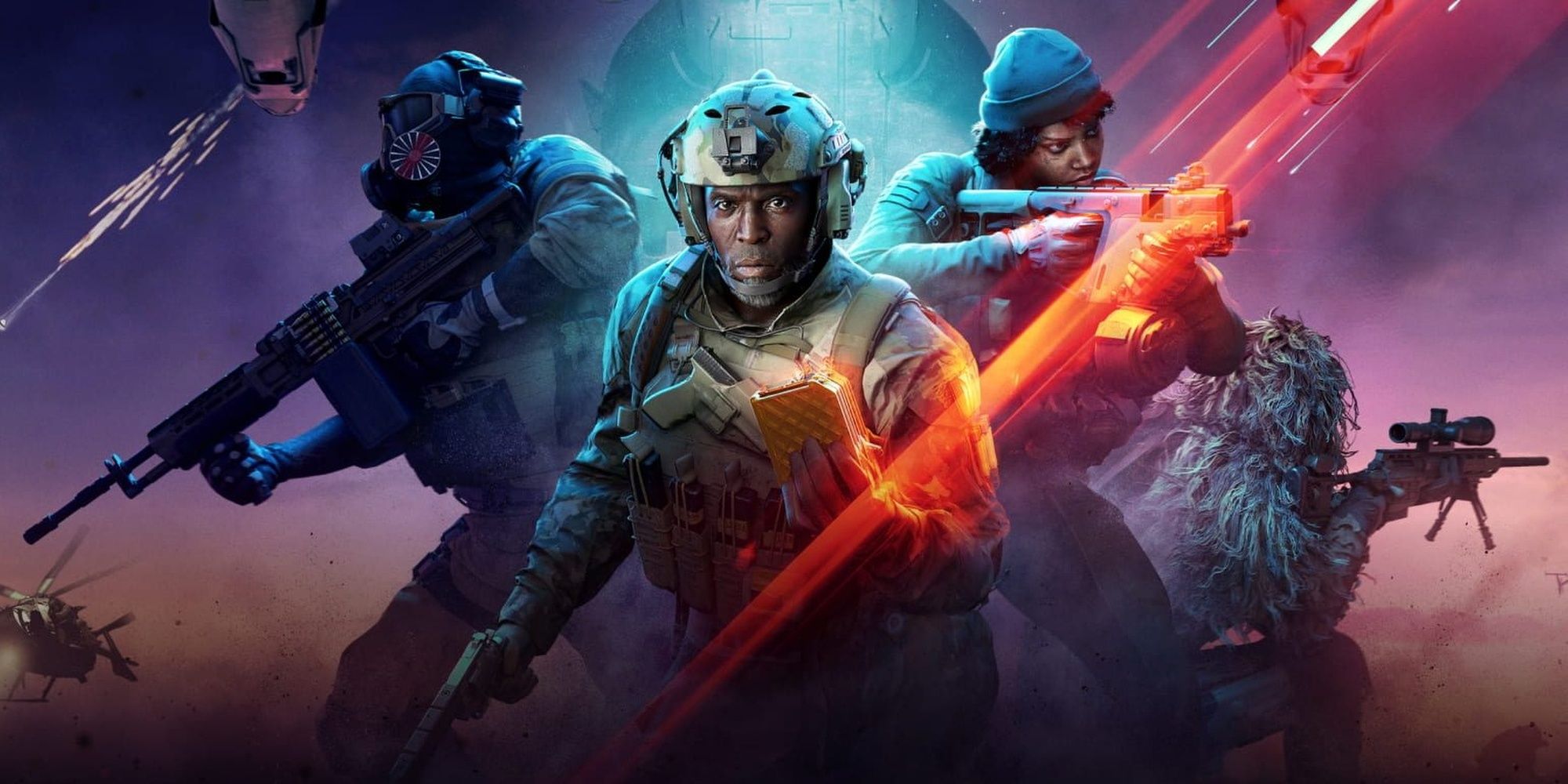