Battlefield 6: How long until the big reveal? 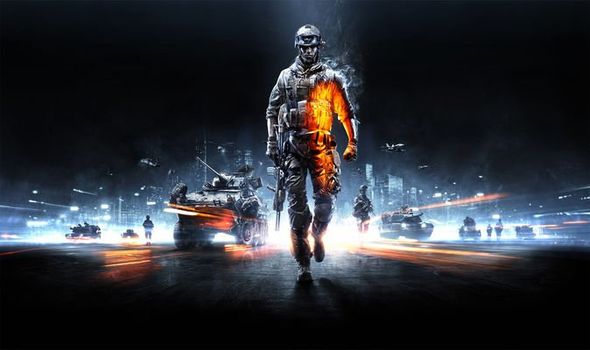 Battlefield 6 could be a massive turning point for the franchise, which has yet to recapture the success of BF1.

A new report out this week suggests that a big Battlefield 6 reveal is being planned for the Spring, which will showcase what DICE has planned for PS5 and Xbox Series X.

There have already been big hints from Electronic Arts that Battlefield 6 is ahead of schedule and will have plenty to show off in the coming months.

And now, the latest news sourced from Jeff Grub of GamesBeat reveals that the big Battlefield 6 reveal could happen in May.

That might seem like a long way off, but it won’t for BF gamers who have been waiting years to find out more on the Battlefield 5 sequel.

During a YouTube live stream, Jeff Grub shared that big things could happen regarding the franchise before E3, with May looking like a likely month for a reveal.

Grubb added a note of caution, telling gamers: “Things are still fluid. They haven’t announced anything publicly yet. But my understanding is that they’re probably looking at May.”

Battlefield 5 was the most recent release in the BF franchise, launching back in 2018 among a crowded filled of shooters.

And while it proved a popular game with Battlefield fans that was supported with plenty of new content, it never reached the heights of popularity created by BF1 back in 2016.

But Battlefield 6 is in the perfect position to top all previous games by showcasing what it can do on the PS5 and Xbox Series X.

The next-gen consoles will mean better visuals and will allow for bigger and more chaotic battlefield gameplay.

DICE and EA remain silent on most of their plans for BF6, although they have confirmed plans to bring it to the video games market soon.

“Our next Battlefield experience will mark a return to all-out military warfare. The game takes full advantage of the power of next-generation platforms to bring massive immersive battles to life with more players than ever before.

“Featuring maps with unprecedented scale, the next edition of Battlefield takes all the destruction, player agency, vehicle and weapon combat that the franchise is known for and elevates it to another level.

“The team is focused and the game is ahead of our internal milestones,” Wilson added. “We will reveal the game in the spring and deliver a defining Battlefield experience for our players in holiday 2021.”

And while not adding more on the subject of the Battlefield 6 release date, Wilson did reiterate how important next-gen consoles will be, adding:

“On Battlefield, we don’t have anything more to share at this point other than we believe it’s going to usher in a new generation for Battlefield games and Battlefield fans benefitting from the full power of next-gen platforms.

“And you should imagine that we’re looking across all forms of the experience to ensure that this is exactly the game that Battlefield fans want to play and the game that we believe will drive growth in the Battlefield franchise.”

The Battlefield 6 release date has not been announced but is expected to be released between September and November 2021.