In the final part of Beacon Pines, you’ll need to work your way through a few more chapters of the book as the game’s narrative reaches its thrilling conclusion. Across the last few chapters, there aren’t many new Charms to find, and some turning point choices conclude the story in Chapter Nine.

Chapters Seven and Eight of Beacon Pines are mostly linear story segments that don’t require you to actively find any new Charms. There are, however, two different versions of these chapters, depending on if you chose to branch out from the Turning Point titled ‘Wether Weather’ or ‘M.C.D.C’, which will both lead you to very different locales.

The final choices of the game are also more linear than you might anticipate, ultimately leading you to the same conclusion. However, you’ll still need to choose the right words along the way to get the game’s ending, as the story concludes at the Beacon Pines harvest festival.

All Charm Locations In Chapters Seven, Eight, And Nine 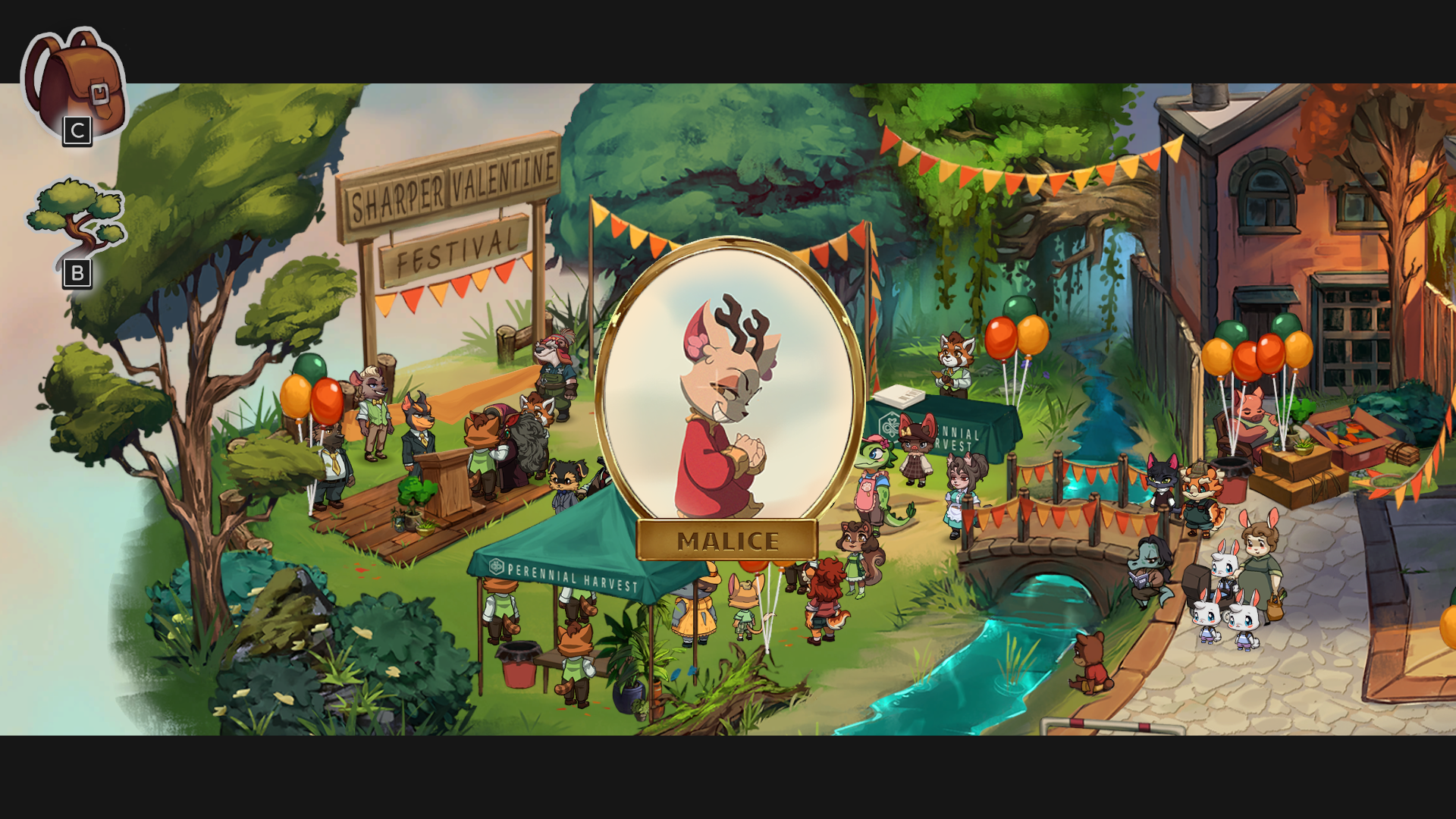 If you’ve followed our previous Charm guides, there should only be two new Charms left to collect in this final segment of the game: Sly and Malice, which are both obtained by story progression.

All Turning Point Solutions In Chapters Seven, Eight, And Nine 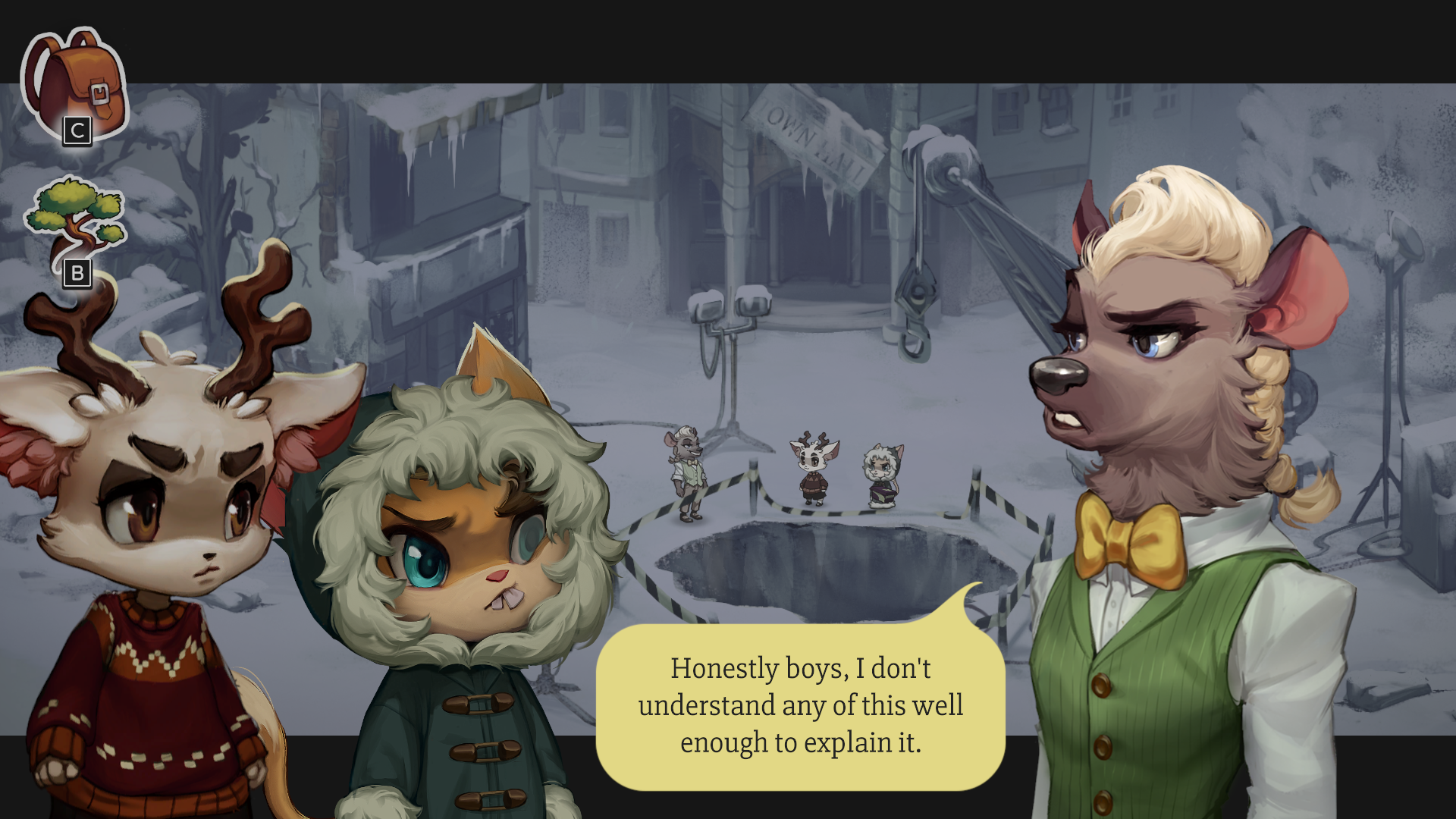 There are several turning points throughout a range of chapters that must be completed in order to reach the end of the game. Here are the solutions needed to advance to the finale of Beacon Pines.

A Beginner’s Guide To Hostile Interrogation 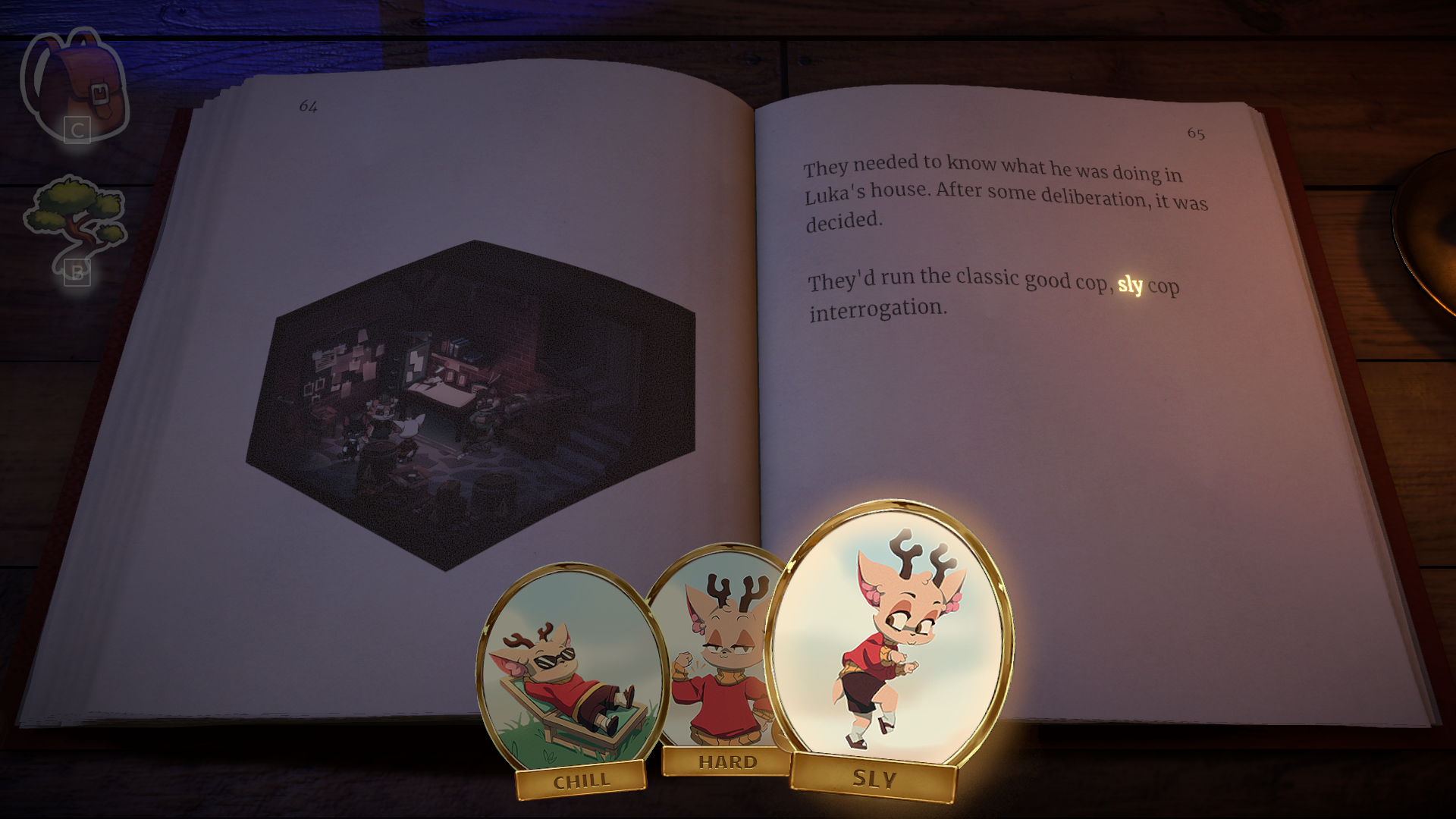 The first time through this event at the beginning of Chapter Seven, you’ll need to choose the word Hard as your approach to the interrogation of Mr. Trolliver. This will create a fairly standard ‘good cop, bad cop’ scenario performed by Luka, Rolo, and Beck and advance the plot to the next chapter.

After checking on the captive Mr. Trolliver and finding him escaped, Luka will eat some mysterious jam and find himself quickly falling asleep. The next day, get the Sly charm from Rolo and Beck and make your way to the Harvest Festival and listen to Kerr’s speech. Midway through, Beacon Pines will become frozen over, ending the story abruptly.

With encouragement from the narrator, you can return to this turning point and use your newly acquired Sly charm to take a more tactical approach to interrogation. This will change the story and allow the group to uncover a clue that will lead them straight to the secret lair of Perennial Harvest.

When searching the outside of Mr. Nuncreed’s drugstore for clues, you’ll need to head to the Telephone Booth nearby. This is where you’ll find the entrance to the secret lair. 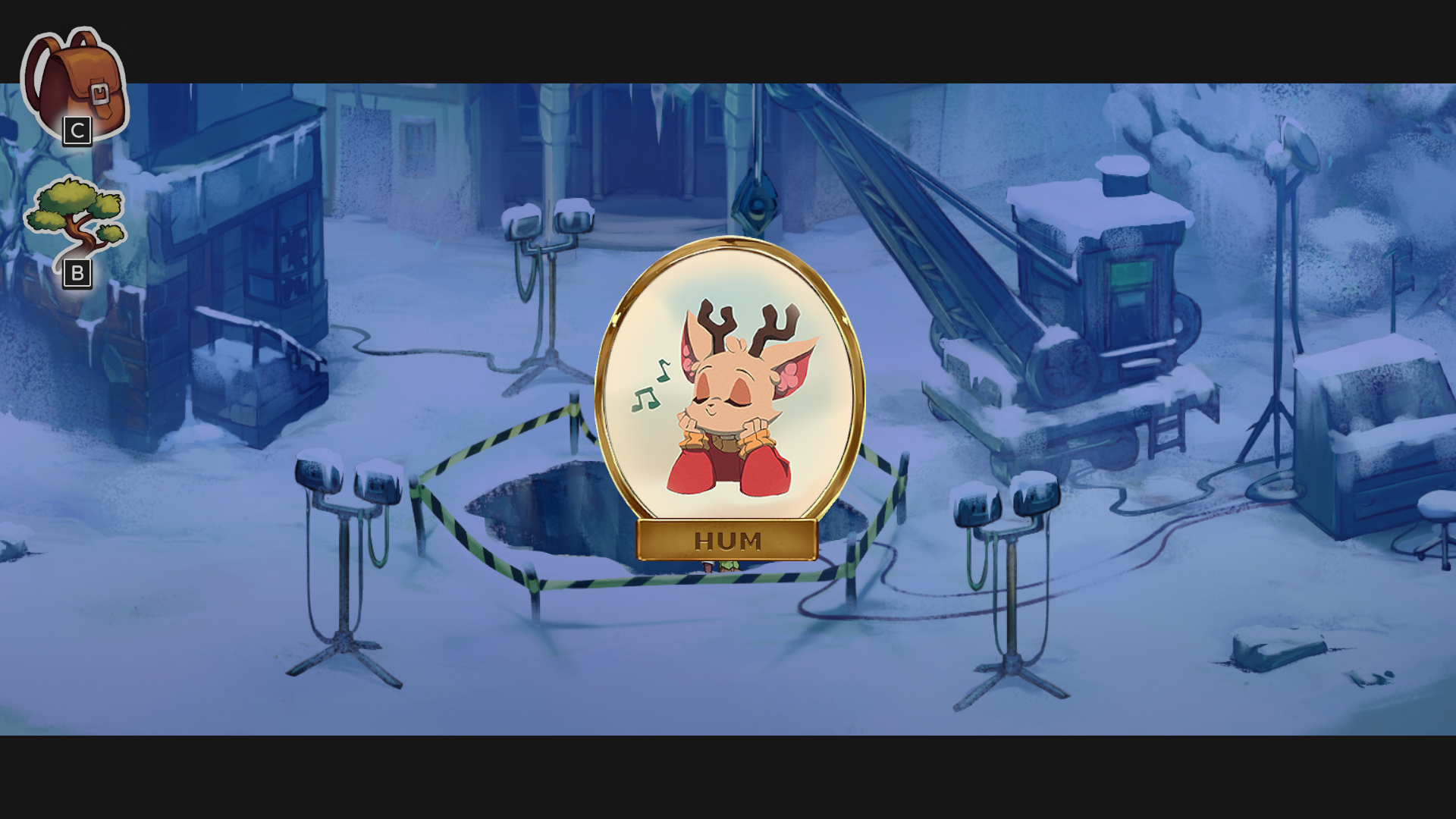 Once you’ve found the secret lair and followed Mr. Nuncreed through the tunnel to ‘The Source’, you’ll soon be confronted with another Turning Point. If you’ve reached this point without playing the ‘Flight’ branch of the M.C.D.C turning point, you’ll only have one option: Weep. This will end the game abruptly.

The way to progress beyond this point and reach the end, however, is with the charm Hum, which will be obtained in the previous chapter's alternate path (the branch from M.C.D.C).

Windows To The Soul 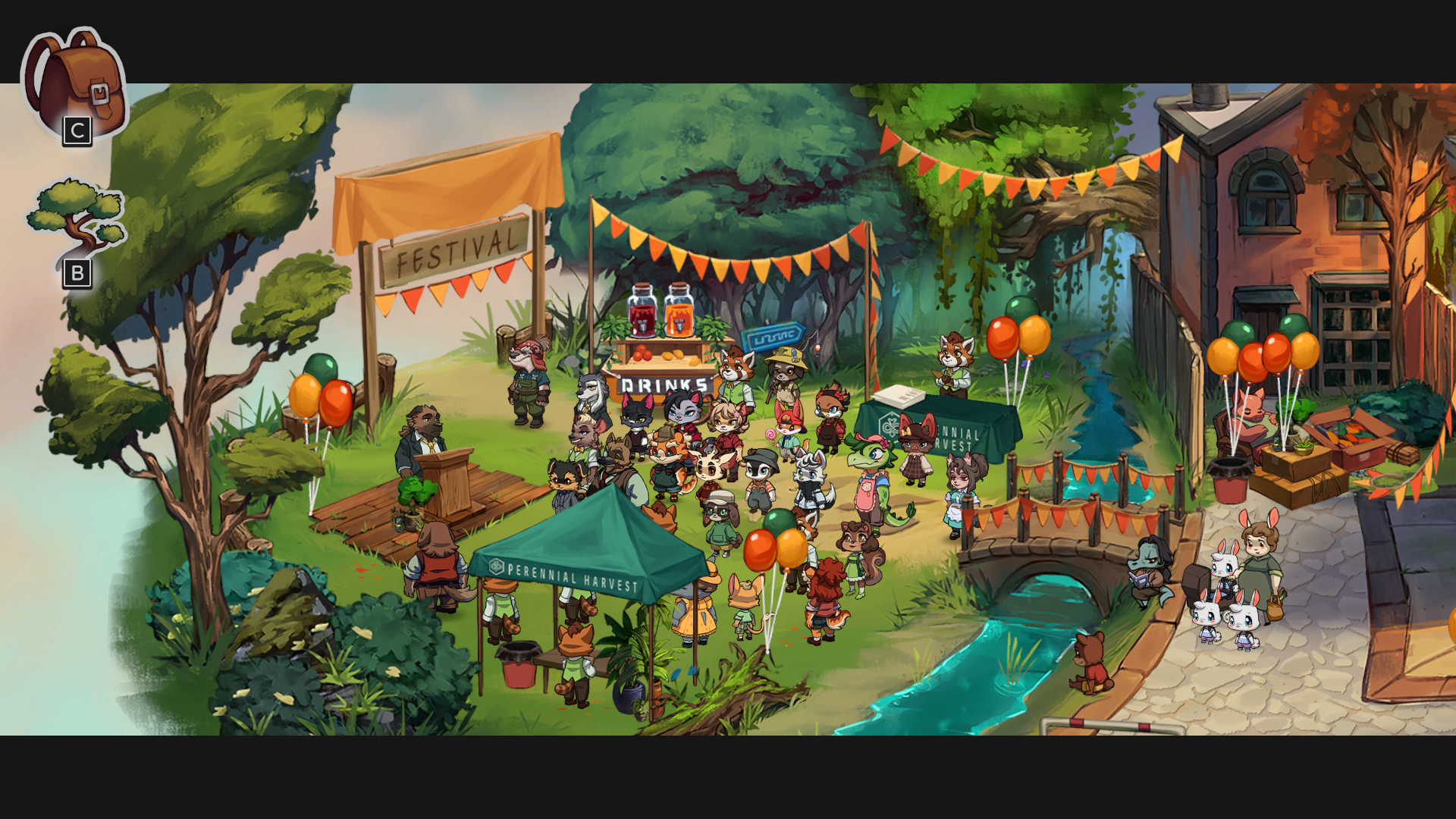 After getting the Malice charm after the dramatic reveal at the festival, head back to the Windows To The Soul turning point where you talk with Mr. Nuncreed and choose Malice. This is the penultimate turning point choice, and will take you to the final route where you'll prepare to thwart the newly revealed threat with all of your friends. 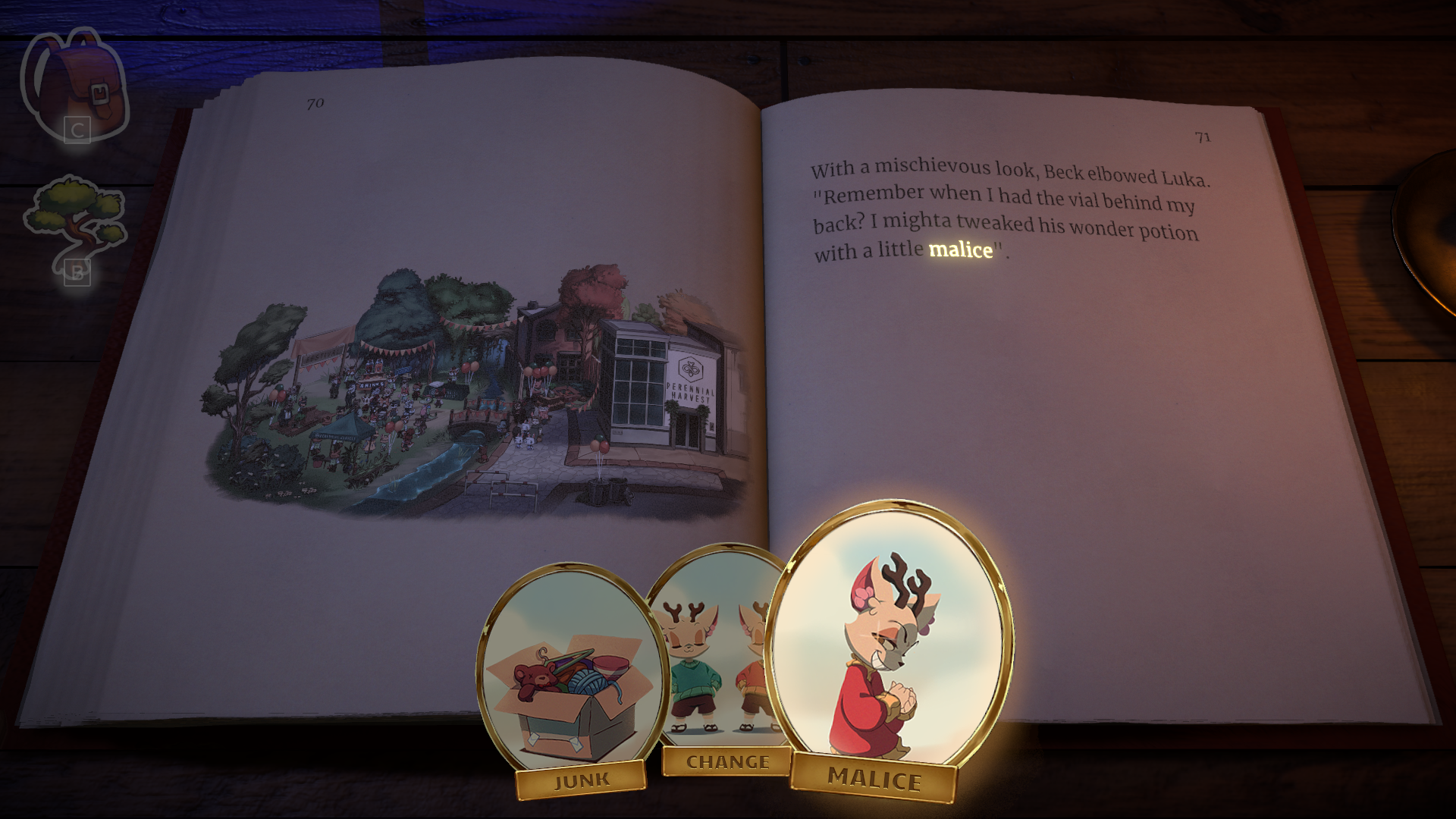 The final turning point decision of the game gives you the choice to tweak Solomon's potion. Your choices are Junk, Change, and Malice. For the best outcome, choose Change, which will conclude the story and reward you with a delightful epilogue.