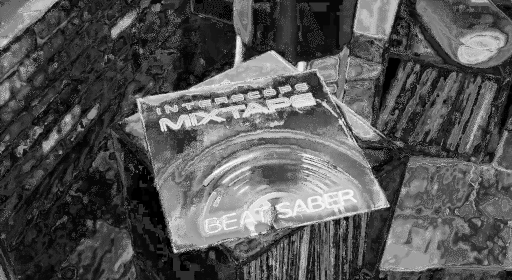 Earlier this week, Oculus teased the release of a new Beat Saber music pack called the Interscope Mixtape, seemingly set to release on May 27.

The DLC is now available and features 7 tracks from artists signed to Interscope Records, available as a bundle for $9.99 or individually for $1.99 each. Here’s the full tracklist:

This is the first time that Beat Saber has released a premium DLC pack that features multiple artists in the same pack – previously releases, such as the BTS, Linkin Park and Green Day packs to name a few, were all focused on multiple tracks from just one artist.

We’ve managed to get our hands on the tracks already and found it to be a pretty excellent selection of 2010s pop tracks, with some newer and older stuff from other genres with the Kendrick and Limp Bizkit tracks.

In the past, we’ve been a bit frustrated with Beat Saber’s inconsistent quality in new releases – the tracks in the Green Day pack varied quite drastically in difficulty, while the OST 4 tracks seemed to have a larger than normal gulf between Hard and Expert difficulties.

We’ve only had time to play through the Interscope Mixtape tracks a couple of times each on Expert difficulty, but on the whole they seemed to be appropriately challenging while not impossible on Expert. We need more time to properly assess them, but each song threw in some fun little beat map nuances that matched the style or lyrics of the song in playful ways. The new custom environment, themed almost like a garage with some classic Mustang-like cars sitting around, is absolutely awesome as well.

A particular highlight is Kendrick Lamar’s DNA, which mostly follows the rhythm of Lamar’s rap verses in interesting ways. It’s a breath of fresh air to have some rap included in Beat Saber, providing something new while still also giving good rhythmic structure for the beat maps.

The pop tracks like Don’t Cha and Sweet Escape have bouncy beat maps that feel appropriate, while Counting Stars makes good use of the song’s strong beat as the backbone of meatier sections. Party Rock Anthem provides a good mix between creativity and challenge as well, but the song itself gets quite repetitive and makes the level feel longer than it maybe otherwise would.

However – as always with Beat Saber – veterans, beginners and players at every level will likely have different opinions of the pack. We’re looking forward to reading the community response and spending more time with the tracks over the next few days. Regardless, it’s fantastic to see a pack featuring a mix of artists and genres – it’s something we hope to see more of in the future.

What do you think of the new Interscope Mixtape DLC for Beat Saber? Let us know in the comments below.