Lego Bricktales tickles that part of our brain that likes to create something. Unlike real Lego bricks – which have the unfortunate side effect of being easily stepped on to the great pain of our feet – Bricktales builds are virtual and much easier to pick up if something breaks. While a good chunk of the builds in Bricktales are bridges, there are some fun, interesting or super rewarding builds that stand above the rest.

These aren’t the hardest builds in the game, or even the easiest. These builds were the ones we felt offered the most satisfaction once completed, and even though you could move on in the game, you might come back to these just to make them look a little cooler. 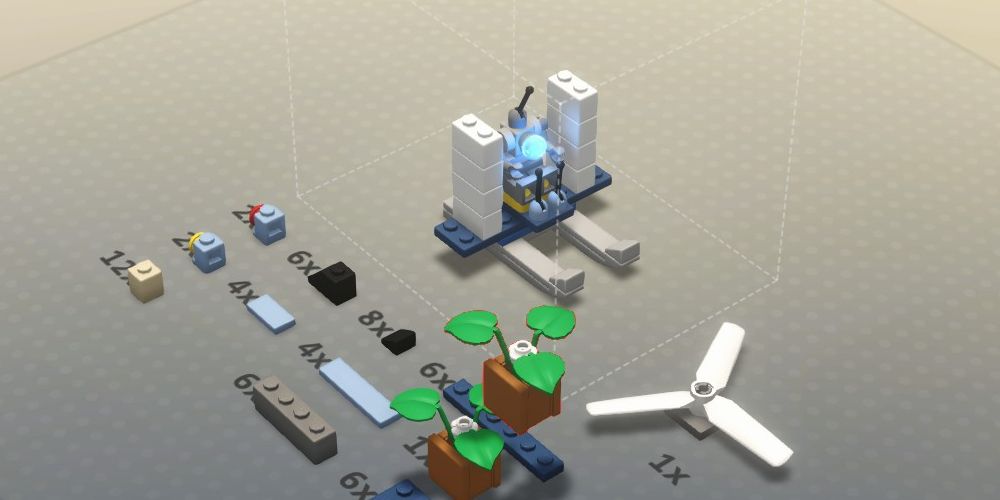 Get to the Chopper! This was the first build in the game that really moved away from the bridge-building concept. You’re tasked with building a gyrocopter that needs to be balanced, otherwise you’ll quickly end up crashing. The open-ended nature of the pieces given and the simple requirement of putting a spinning blade on it, mean you can go full aerospace engineer on this thing.

Testing out if your copter creation is airworthy is fun, even if you fail. Once completed, you get to see your gyrocopter actually take flight, which is far more entertaining than watching someone cross a bridge. 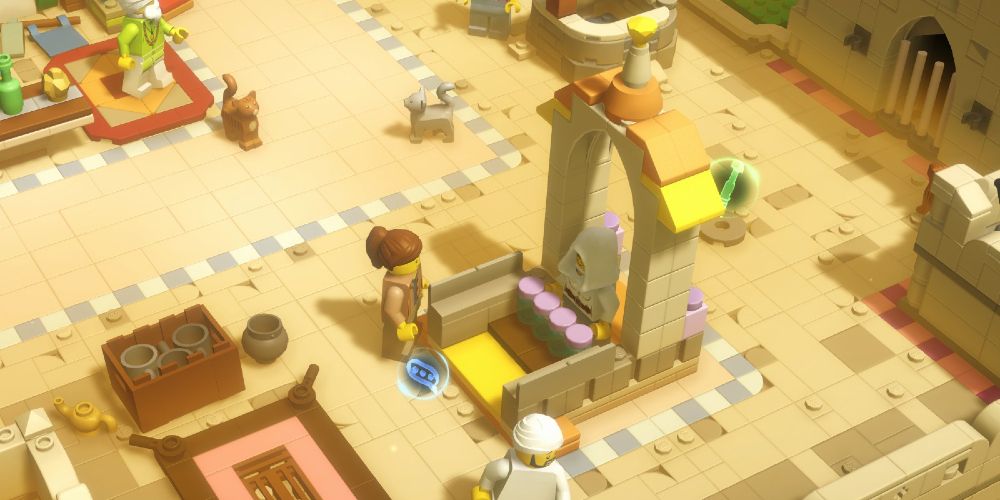 One thing about Bricktales, is the builds that have the fewest requirements tend to be some of the most fun. After going through quite a few challenges with some engineering tact, this particular build was more “just make this look neat!” You’re also helping out a merchant who had their catnip selling business destroyed by an earthquake, so if you need that hard-hitting emotional effect from a Lego game, this is definitely it.

With so many pieces and so many directions you can go with this, coupled with the fact that this then becomes part of the world – how can you not have fun? 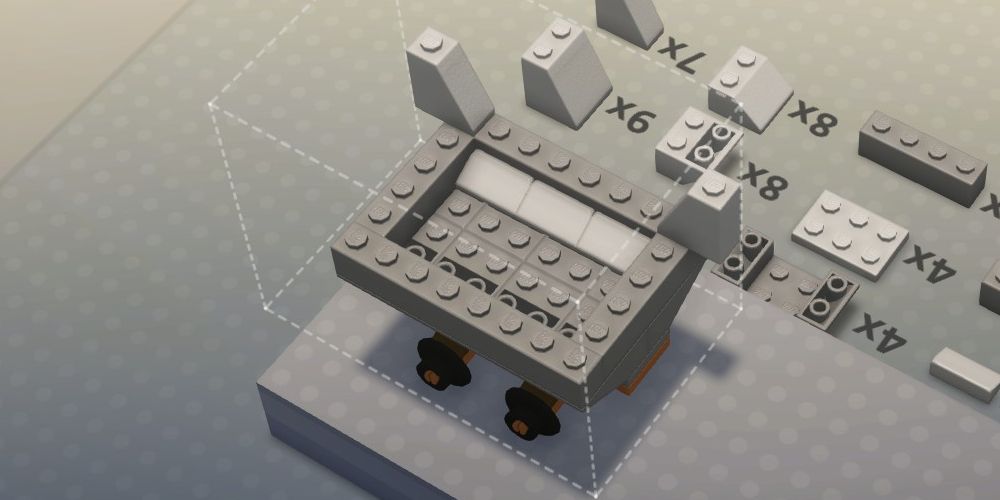 The Medieval world tends to have some of the best builds in the game. The coal cart isn’t some visual stunner or creative canvas. It’s just super satisfying to build something that is able to transport coal. The problem-solving part of your brain will click on, and you’ll be adjusting your cart design to handle the physics engine of coal bits (made of Lego, of course) dropping into your build.

Not wanting to spill a single piece of coal will have you finishing the outer edge of the cart with great care to fullfil the challenge.This is the Lego version of those "Satisfying to watch" videos. 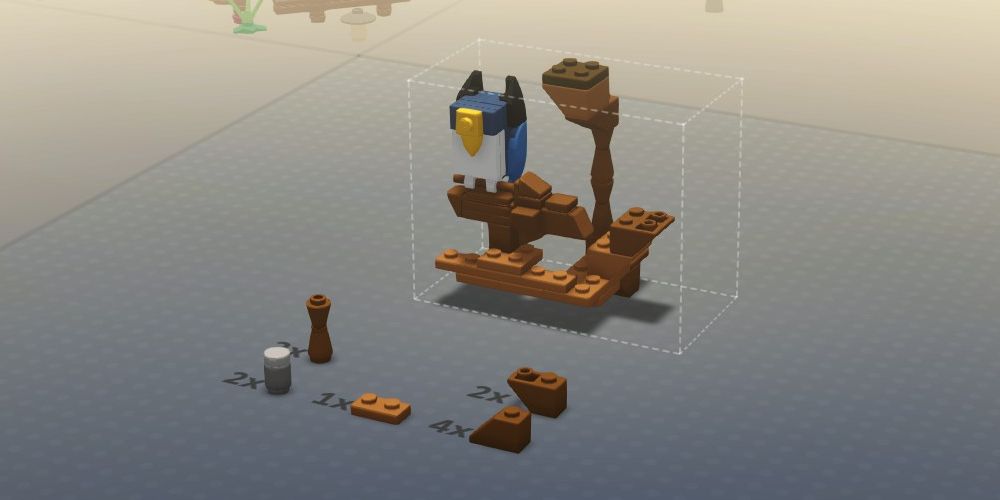 Some people might be surprised the bird perch makes the list, but it's an interesting balance challenge which makes this a rewarding build to finish. Also, when you consider you’re putting a gigantic bird, owned by a wizard, on a perch you made from Lego, the whole situation reminds you just how whimsical these games can be.

The wizard, while versed in all matters of magic, seems unable to create a fairly simple perch design, making you wonder if this guy knows what he is doing at all. 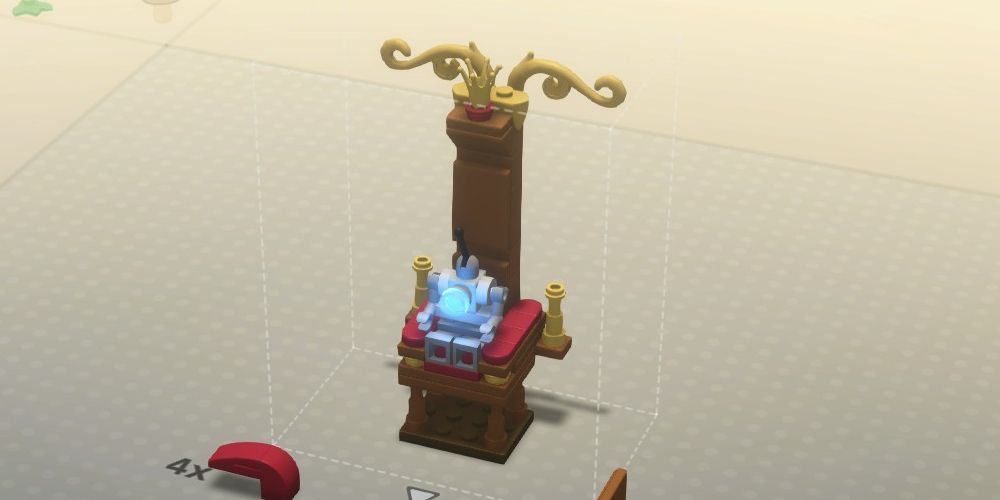 Move over Iron Throne. You get to make the Lego Throne, which for former kids who used to own a castle set or two, is pretty much a dream build. Make it as gaudy as you can because this thing really ties the Throne Room together.

A fairly easy build, this is all about the style you want to have as a builder. It’s going to be very hard for you to not go overboard in creating a new throne, so have fun. It's so satisfying, even if the king is a real piece of work. 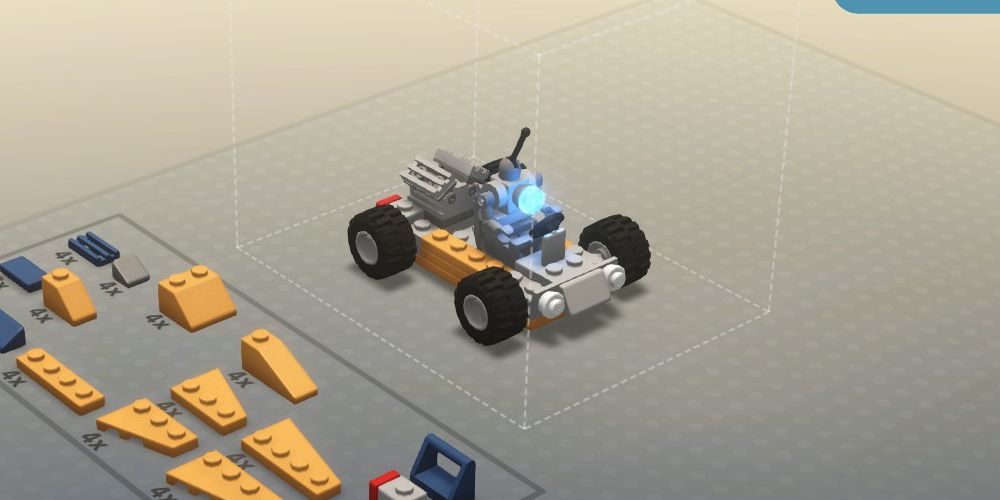 Now we’re getting into some builds that everyone can get behind. Most of us have built Lego cars as kids, so this was like putting an old comfortable shoe on. While we may not have had the big jungle or city sets like in the other levels, most of us have put together a brick version of a race car.

There is a bit of design challenge as you have to put some parts in a specific location but overall it's the game's way of saying “Sick of building fire escapes? Here, have fun!” 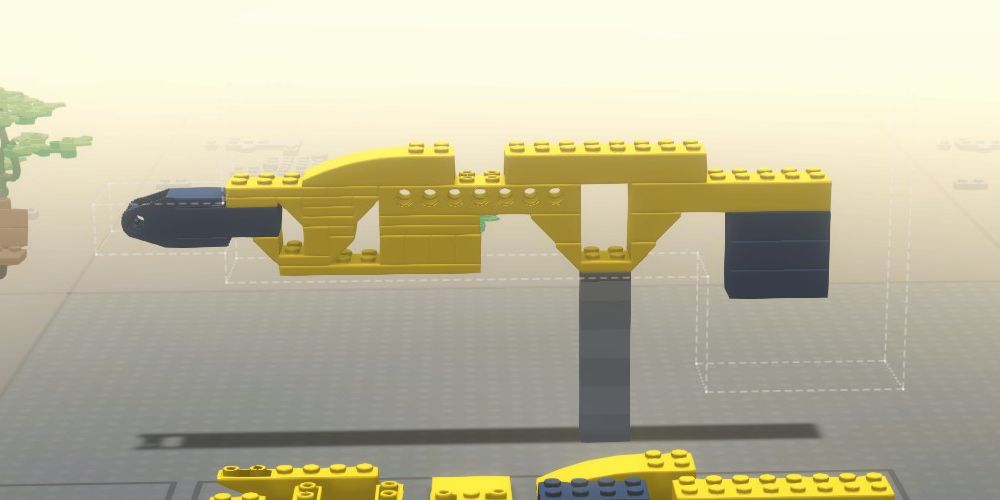 This one created a bit of “oh wow they want us to build that!” from players. It’s a pure engineering challenge as there is not much aesthetic work you can do to the crane. Although, it would have been slightly cooler if this was one of their Technic sets, since that really didn’t get used in Bricktales at all.

As mentioned before a lot of builds are just intended to support something or cross a span, so when you get to do something like make a working crane, it’s pure joy. 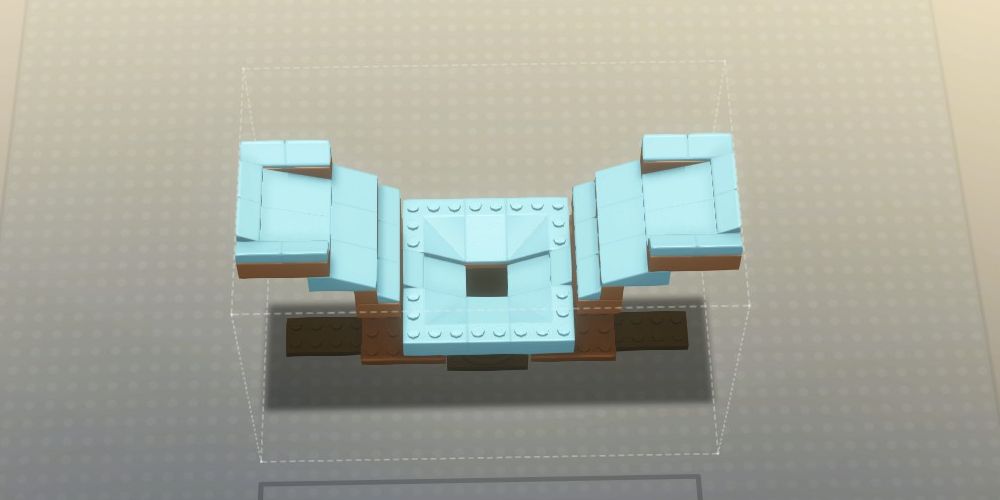 In the Caribbean World, this one hit the same vein as the coal cart. No, there wasn’t a ton of creativity you could apply to it, but the pure engineering drama of ensuring every raindrop made it to a barrel was fantastic fun. The physics of little “water drop” Lego makes the creation of this smooth slanted Lego piece heavy project hit that part of the brain that likes to see things work.

It does take a few times since you have to catch every drop, but there is something primal in how happy you'll be once you complete this challenge. 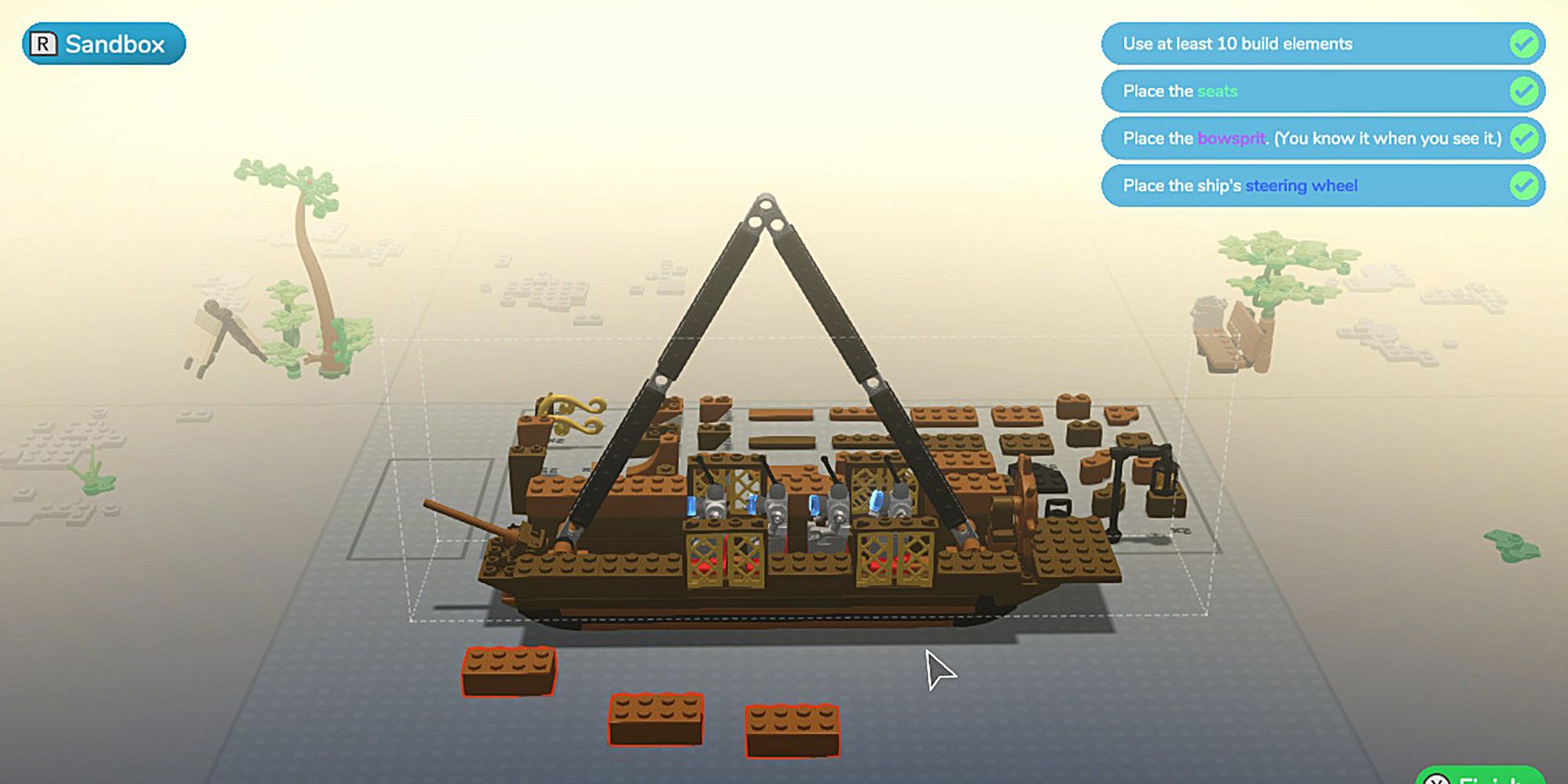 It's technically not a challenge, since this is a build for the theme park overworld, but how can you not love the chance to build a swinging Viking ship? This was the ride that was the coolest thing at the carnivals you grew up going to.

When building the ship itself, you’re given a ton of pieces to heavily customize the ship really anyway you like. It’s also not challenging to make the Viking ship look like one since the pieces given are very helpful. Throw in some custom windows and other ship accessories, and you could end up spending hours on the build even though you have technically already beaten the game…