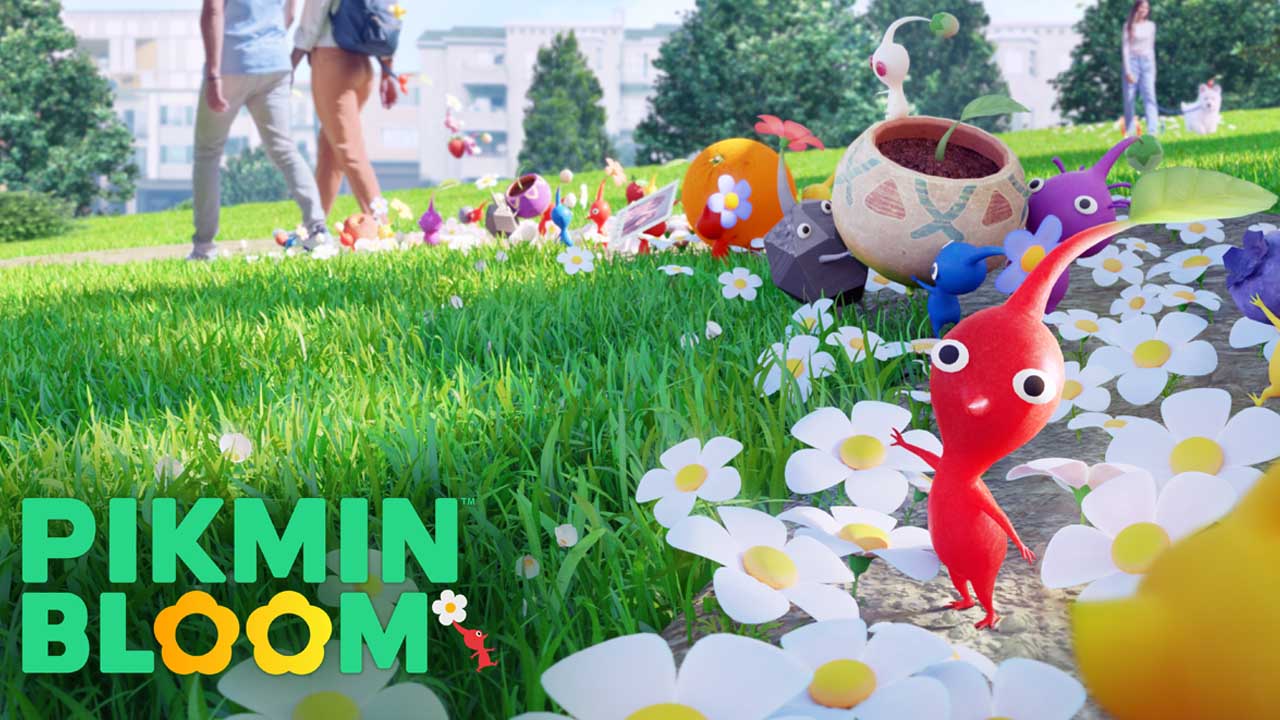 GameCentral reviews the best smartphone games of the month, including Lego Battles and a harrowing Second World War thriller.

Now that the sun’s officially been stashed away for the year and we’re plunged into inky darkness before 4.30 every afternoon, it’s time once again to seek solace in mobile gaming. This month’s trawl includes the excellent incremental game Tap Knight, the starkly beautiful Svoboda 1945: Liberation, and Pikmin Bloom – which would still like you to go out for a walk in spite of the encroaching gloom.

Tap on a patch of sea and a little island pops into existence, casting tiny stones splashing into the surrounding water. Tap again and you’ve built a single storey cottage, do it again and it’s a townhouse.

Selecting colours from a spectrum on the side of the screen, you start constructing a village of cute multi-coloured houses connected by neat little sections of road. Streets, towers, curving crescents, garden squares, and housing of all shapes and sizes, all just by tapping where you want to build.

While it’s undemanding and not a game in the conventional sense, the high production values, tactility, and level of detail make Townscraper a delight to interact with for those who fancy a break from all that touchscreen twitch.

Ever since Pokémon Go’s runaway success, developer Niantic has been trying to recapture lightning in a bottle. Its last attempt, Harry Potter: Wizards Unite is set to close in January, leaving Pikmin Bloom as its new hope for the future.

Although this features Nintendo’s charming, diminutive plant creatures, it’s not a real-time strategy game, more a kind of feature rich pedometer. Go out for a walk, and your steps encourage pikmin to sprout and grow, as well as letting them forage for fruit that you distil into nectar to evolve your tiny expanding army.

It’s gently whimsical and considerably less mechanically complex than either Pokémon Go or Wizards Unite and while it does offer some encouragement to go out and get some fresh air, it’s almost more pedometer than game, and is all but pointless on a tablet.

While Tap Knight undoubtedly has a lot of idle game components, including earning experience while the app’s closed, its gameplay demands quite a bit more attention than most idle tappers.

Choose a quest, each of which has escalating difficulty, then set the spawn frequency for mobs and watch as your knight hacks them down. You’ve got to keep an eye on his health bar though – if he’s overwhelmed by enemies you lose all the gold you’ve mustered on that sortie.

Naturally, rewards increase along with the difficulty and you can also eventually ‘prestige’, re-zeroing your character in exchange for significant starting bonuses. If you’re a fan of incremental games, this one is well balanced with a solid sense of risk vs. reward.

Rubicon: A Conspiracy Of Silence

You’re Paula Cole, stressed out food scientist for a global food business, who comes back from holiday to find there’s been some funny business in your absence, with a corporate blind eye being turned to inconveniently damning scientific evidence.

Using the company’s Slack style communications tool to quiz colleagues, look at data files, and ask searching questions of the company’s AI, your job is to blow the whistle on the emerging wrongdoing.

It’s a good idea, as is its contemporary setting and social commentary, but it’s let down by a lack of polish and dodgy English translation that robs its conversations of tone and realism.

In all but name, Lego Star Wars Battles is Clash Royale with a better sense of humour and no monetisation. In each PvP match you’ll drop units onto the play area using a gradually refilling energy bar, then watch as they wander off to fight under their own steam.

At all times you’ll be nurturing two decks – one darkside, one light – collecting and upgrading cards in each, and you’ll often be able to spot each unit’s Clash Royale equivalent. Y-wings and TIE bombers are the fireball spell; AT-AT and clone tank are the giant, and flock of porgs and battle droids are spear goblins, although there are also original cards.

It may lack some of its inspiration’s subtlety and finesse but it looks fantastic, plays a reasonably balanced game, and has certainly got scope for further refinement as it settles in.

You’re sent to the village of Svoboda to investigate whether its old schoolhouse should be given listed status or knocked down by a local businessman wanting to expand his operation. In the process of your enquiries, you also find out about its history, before, during, and after World War 2.

Documented with a mixture of archive photography, interviews shot with actors, and hand drawn illustrations, you interview locals, look through old documents, and if you want to dive deeper, read purely optional encyclopaedia entries that flesh out the background to these events.

Although its characters are fictional, the atrocities they describe are not, and as well as unravelling a mystery at the heart of your mission, you’ll also discover things about the Second World War that aren’t part of most schools’ curricula. Fascinating, disturbing and beautifully produced.

Rather than being a racing game, Brake Away is instead a not-crashing game. Its cars drive themselves around its looping tracks, and your job is to tap and hold them to apply the brakes to prevent collisions.

This straightforward set up is complicated by the fact that cars don’t always take turns, sometimes choosing to sail straight past them, which keeps you on your toes, and you’ll also find yourself regularly having a split second to choose which of two potentially colliding cars you’re going to slow down.

It’s intensely satisfying when you get it right, with strings of good decisions leading to lengthy but increasingly precarious survival. Unfortunately, its slow drip feed of rewards means it takes too long to unlock new cars and especially tracks, making it a protracted grind even if the gameplay itself remains compelling.

Pinstripe is a spooky puzzle platform game in which you play a priest whose young daughter is kidnapped during the introductory level.

Her abductor is the sinister Mr Pinstripe, who turns out not to be the only unsettling character you’ll meet along the way, although much of the cast also has a lightly comic side.

Brought to life with high quality voice acting that adds to its eerie atmosphere, there’s some decent puzzling and 2D exploration on your way to its final showdown, in what is quite clearly a labour of love.