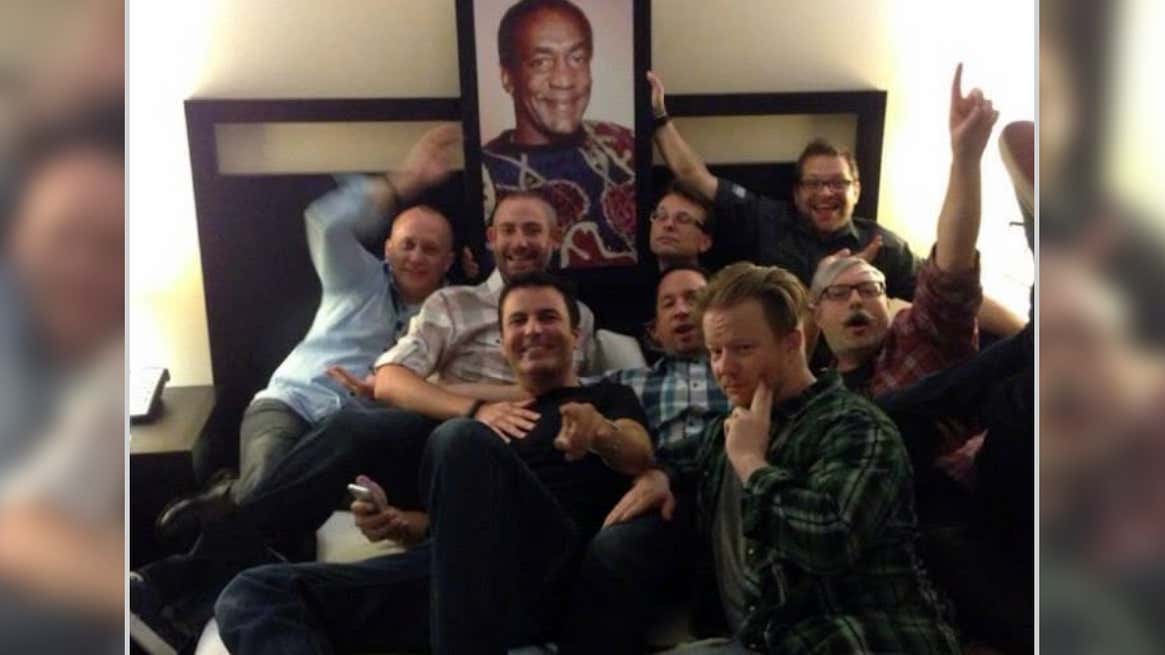 Photos and group chat messages have given a clearer picture of what exactly the Cosby Suite was at BlizzCon and it’s genuinely shocking.

Activision Blizzard is in a very bad place at the moment. Allegations of widespread discrimination and sexual harassment have already led to a lawsuit from the State of California, which in turn has caused outrage from employees who are upset at the management response and who yesterday staged a mass walkout.

One of the most disturbing allegations was of a suite at the annual BlizzCon event which was dubbed the ‘Cosby Suite’ (misspelt in the lawsuit as ‘Crosby’) by employees and in the lawsuit was associated with former senior creative director Alex Afrasiabi.

However, images obtained by Kotaku paint a different picture and show several senior staff from Blizzard using the suite and holding up a framed photo of previously convicted rapist Bill Cosby.

Photos and screenshots of Facebook group chat sessions were sent to Kotaku by a former Blizzard developer, which includes photos of large amounts of alcohol. The suite itself is described by the article as a ‘booze-filled meeting place’ where more junior staff were able to socialise with senior designers.

A screenshot of an alleged group chat is entitled ‘BlizzCon Cosby Crew’ and features a line from Blizzard designer David Kosak, who wrote ‘I am gathering the hot chixx for the Coz’.

Afrasiabi answers ‘Bring em’, to which Kosak replies, ‘You can’t marry ALL of them Alex’. Afrasiabi responds by saying, ‘I can, I’m middle eastern’. Lead designer Jesse McCree then adds, ‘You misspelled f***’.

Former Blizzard developer Greg Street, who currently has a senior role at League Of Legends makers Riot Games, responded to the story on Twitter with a statement in which he claimed the Cosby Suit was merely a green room for staff to take breaks in.

An unnamed source in Kotaku’s report insists that the nickname for the suite was a reference to the ugly sweaters Cosby used to wear in his TV work and their resemblance to the BlizzCon hotel’s dated decor.

Other sources claim it was a reference to a boardroom at Blizzard’s own offices, or a different hotel, but Kotaku points out there is nothing notable about the decor in any of the photos they have been sent and a separate source disputes claims of an infamously ugly boardroom at Blizzard.

What fallout, if any, there will be from these new allegations is currently unclear, but staff have already said that statements from senior executives, including CEO Bobby Kotick, have not gone far enough – with the implication that further industrial action could result.

Reports already suggest that all work on World Of Warcraft has come to a halt and there now seems a good chance it could impact work on this year’s Call Of Duty, which given it still hasn’t been formally announced is already likely to be running into logistical problems brought on by the pandemic.