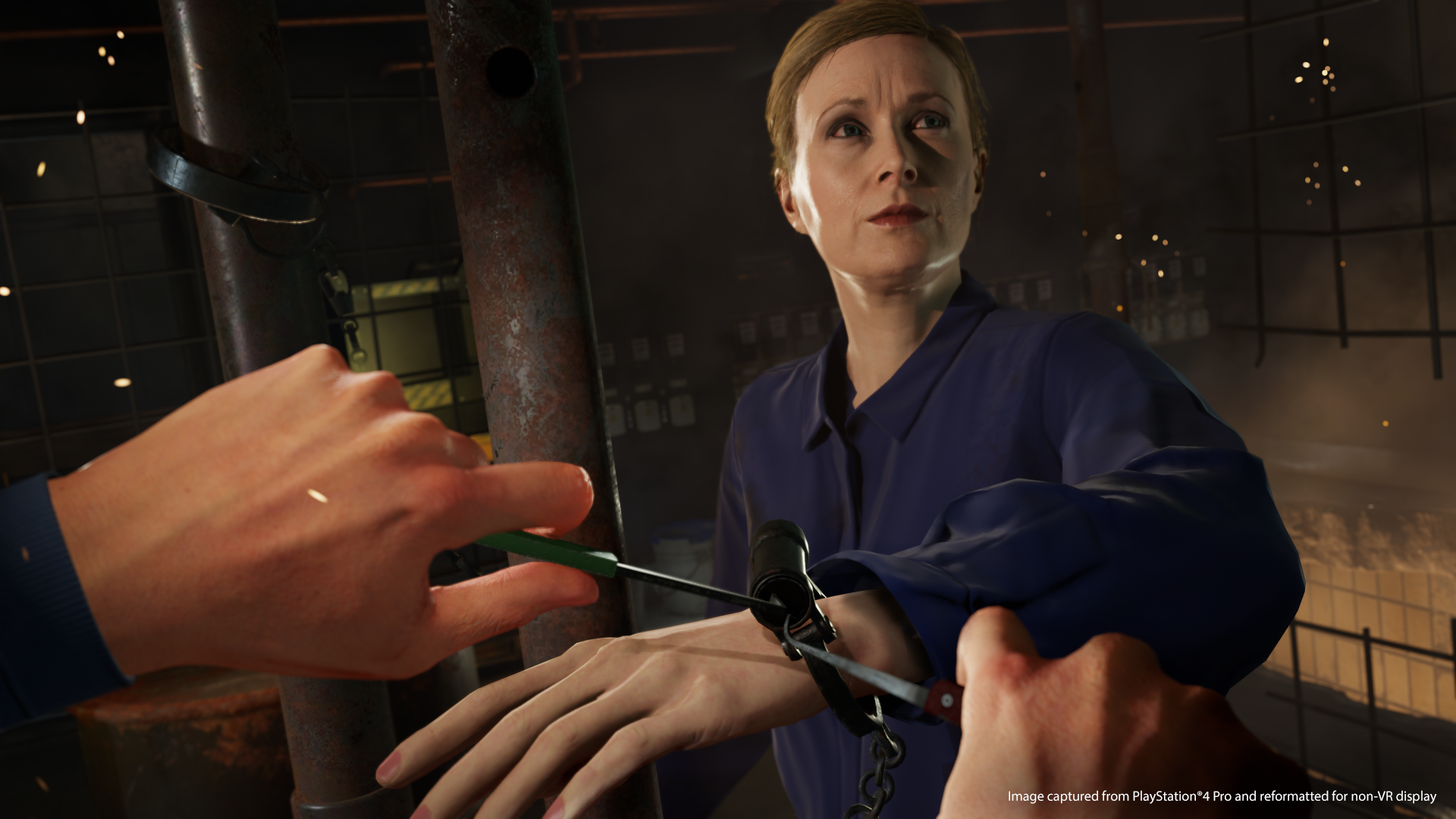 Let’s start at the top.

Blood & Truth is an action movie, made into a game. A lot of studios say that when they sit you down in front of their products, but Blood & Truth means it. It’s John Wick via Guy Richie, it’s John McClane in Lock, Stock and Two Smoking Barrels.

The game’s tagline is “be the action hero” and as trite as that may sound, it wasn’t until we sat down for a demo and took a tour of the studio that we realised it’s more than just a hammy marketing line: it’s a philosophy.

Every single element in this triple-A, premium VR game has been built to deliver the fantasy of being an ex-SAS soldier in a London gangster standoff. London Studio has been working closely with a real-life ex-SAS hardman (who it would only refer to as ‘Kevin’) to make sure the game feels as authentic as possible.

After ‘Kevin’ gave his blessing to the script, London Studio started composing the scenes. Because VR games need to be built differently to other titles, London Studio employed a bespoke mix of theatrical blocking techniques, focus on TV/film acting practices and cutting edge technology to deliver what we think is the most realistic VR drama experience we’ve enjoyed to date. 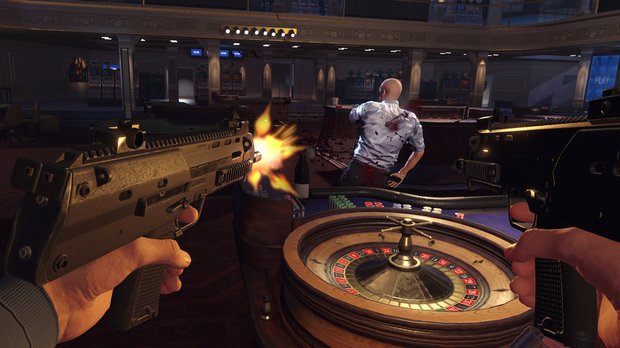 It’s the little things that make Blood & Truth stand out from the emerging pack of VR titles that we’re seeing start to populate the platform.

Take the way the eyes of the characters in each scene move and react to you. At any one time you, Ryan Marks, are at the center of attention – whether you’re talking to your loyal family, the police interrogator, or the opposing family making moves to take over your firm, each character will engage you realistically, making sure you’re not taken out of the action at any point, that your immersion is never broken.

Small details down to how the supporting actors’ eyes will track you when you move, how their heads will ever-so-slightly tilt when you’re leaning away, how they’re manner will change if you pick up or interact with certain props reinforce this Hollywood vibe the game is going for, and the level of production never – never – drops off. For a VR game, it honestly blew our minds.

But what’s all that worth if the gameplay itself is forgettable. Luckily enough, Blood & Truth’s gunplay and playful use of VR tropes make sure this experience will keep you entertained and on your feet for the whole 3-hour running time.

“We wanted to make you feel like you’re directing your own action movie,” Simon Hermitage, lead designer on the game. That really comes across. Navigation is solved by making the player move from waypoint to waypoint, with the option to strafe in certain locations to replicate the feeling of being pinned down by gunfire.

The 360-degree camera and the free movement of your arms are both called upon in order to detect and fire on enemies – just like any other VR shooter. The only difference is the incredibly intuitive and remarkably creative way London Studio handles holstering, reloading and wielding your weapons.

You have two holsters on your hips for your smaller weapons, and you have two on your back for bigger arms. An ammo pouch (which holds ammo for every weapon) sits on your chest.

Hitting the Triangle button lets you spin your gun and perform tricks with your firearm or stick your middle finger up to the enemies you just roundly humiliated with your showboating gun-fu. “We weren’t looking at other games when we made Blood & Truth,” Hermitage tells us, “we were watching movies” – and that shows.

Hidden in this mad, authentic, London-based gangster flick, London Studio seems to have developed a robust, satisfying John Wick-inspired weapons simulator – and we can’t get over how consistently fun that makes the game. 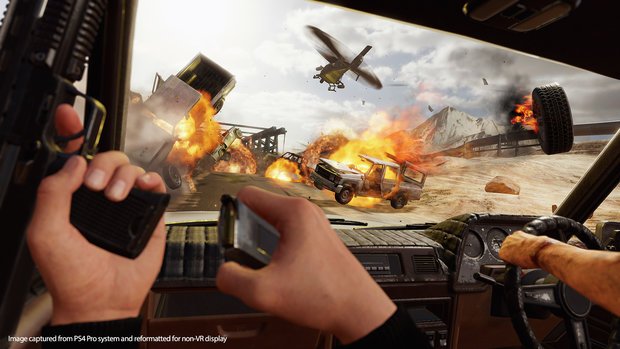 Blood & Truth marks the arrival of PSVR as a platform capable of hosting triple-A titles. This isn’t just some throwaway experiment, knitted together with a story because it has to – no, this is a coming of age.

Blood & Truth will stand alongside Astro Bot Rescue Mission as a game people buy a PSVR kit to experience. It’s not just a cool proof-of-concept for how to build a shooting game, it’s not just another gangster game squashed into an FPS template.

When you look back at London Studio’s output – take note of The Getaway, look at what it did with SingStar tech, clock what it achieved with VR Worlds’ The Heist – you can see Blood & Truth was always going to happen.

We just didn’t think it would emerge so complete, so impressive, so ready to prove to the game-playing public that Sony-standard games don’t just come in the form of God of War, Horizon Zero Dawn and The Last Of Us… they also come in the form of blockbuster VR games.

Blood & Truth releases for PSVR on May 28th.