Call Of Duty: Advanced Warfare rumoured to return with 2025 sequel 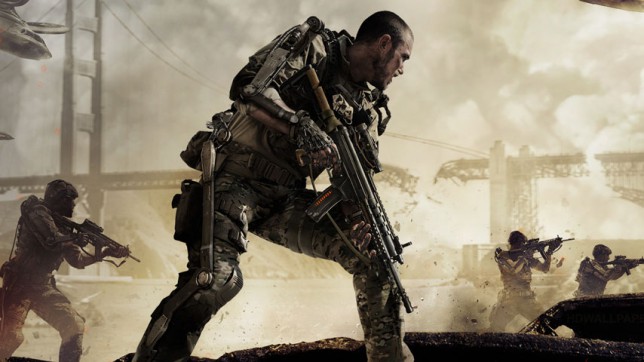 After the underwhelming performance of Call Of Duty: Vanguard, Sledgehammer Games is said to be returning to Advanced Warfare with a sequel.

With Infinity Ward’s Call Of Duty: Modern Warfare 2 releasing this month, the next game is expected to be handled by Treyarch, followed by one from Sledgehammer.

Rumours and leaks point to Treyarch’s title being another Black Ops sequel, and it’s now claimed that Sledgehammer is, surprisingly, going back to the future with an Advanced Warfare sequel.

As a reminder, Call Of Duty: Advanced Warfare launched in 2014 and featured a far more futuristic setting. This makes it something of an outlier among Sledgehammer’s work considering it would later develop titles set during the Second World War.

While Advanced Warfare was followed up by Call Of Duty: Infinite Warfare, another entry set in the distant future, that wasn’t a direct sequel and was instead handled by Infinity Ward.

Apparently, according to a report by WhatIfGaming (which has shared reliable Call Of Duty leaks in the past), the decision to return to Advanced Warfare was due to Call Of Duty: Vanguard’s underperformance.

The writing team had hopes for at least two more sequels that would feature Call Of Duty: Vanguard’s cast of characters. It seems, however, that the game’s less than impressive sales have hurt those odds and prompted Sledgehammer to try something else for its next project.

The report also claims that the Advanced Warfare sequel will release in 2025, with Treyarch’s new title to release the year before in 2024.

This would line up with the rumours of Activision not releasing a new Call Of Duty for 2023. The company initially denied those rumours but, lately, its intentions for that year have grown vague.