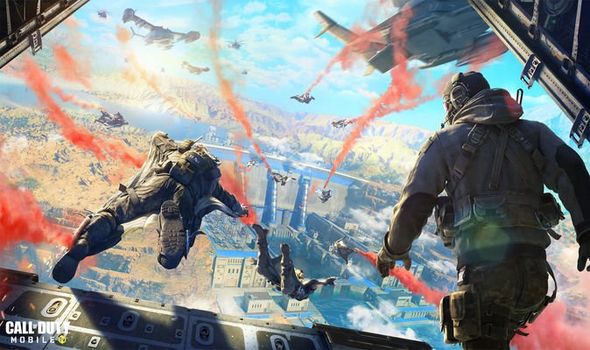 Fans of the Black Ops 4 Blackout map don’t have long to wait for its debut as part of Call of Duty Mobile Season 8.

Activision has confirmed that the Battle Royale experience before Warzone is coming to Call of Duty Mobile as part of its next big update.

Like Warzone, Blackout features famous series locations across a vast landscape that will be fully replicated for mobile, including later map additions like Hijacked and Ghost Town.

But even if it’s no longer as popular as it once was, Blackout remains the most significant Call of Duty map ever released and is expected to keep much of its stature when it arrives in COD Mobile.

WHEN DOES BLACKOUT ARRIVE IN CALL OF DUTY MOBILE SEASON 8?

Activision has confirmed that the COD Blackout map will be available to play as part of Call of Duty Mobile Season 8 on September 22 in the United States.

For gamers in the UK, the Blackout release time in COD Mobile has been set for 1am BST on September 23.

A message from Activision adds: “Blackout is filled with references to iconic locations throughout the Black Ops universe, from Nuketown Island to Firing Range and even Verrückt in the form of Asylum. Some areas are nearly identical to their Multiplayer incarnations, while others are only loosely based on their known environments.

“Be on the lookout for these iconic locations and others when Blackout comes to Call of Duty: Mobile on September 22 at 5PM PT. Here are some tips to consider when deploying with your squad.”

And here are the five top tips for securing victory in Call of Duty Mobile: Blackout when it arrives later this week:

5: See the Sights. Blackout is a huge map offering a vastly different play experience compared to Isolated. Whether you’re returning to the field or deploying here for the first time, make sure to explore far and wide. The better you understand the layout, the better your chances to survive.

4: New Mechanics in Familiar Environments. Even if you’ve already played Blackout or the maps its environments are based on, Call of Duty: Mobile’s unique Battle Royale classes offer whole new ways to strategize. Throw out decoys on Nuketown Island using the Trickster; track enemy activity in the Firing Range with the Scout’s Sensor Dart; call in a Medic to pick up the pieces when incoming damage gets heavy.

3: Play to Your Strengths. Blackout’s wide-open terrain is perfect for long-range battles with Sniper Rifles and LMGs, while battle in its interior spaces is often won by the Operators with the best close- to mid-range weapons. Always consider the weapons and equipment on hand when determining where to make your next stand. Not content with your position? Grab a vehicle and move on.

2: Don’t Be Shy. Nuketown? Firing Range? Array? Don’t let these iconic locations scare you off, even if you’re a first timer. The best way to improve your confidence is by heading straight into the fire. Just keep queuing up for the next one when you get burned.

1: Communicate and Plan. Whatever your strategy, it’s vital that you keep your squad informed of your plans, even as they change under shifting circumstances. Heading solo into Nuketown will likely get you eliminated, but heading there as a well-equipped squad? Opposing Operators better watch out.