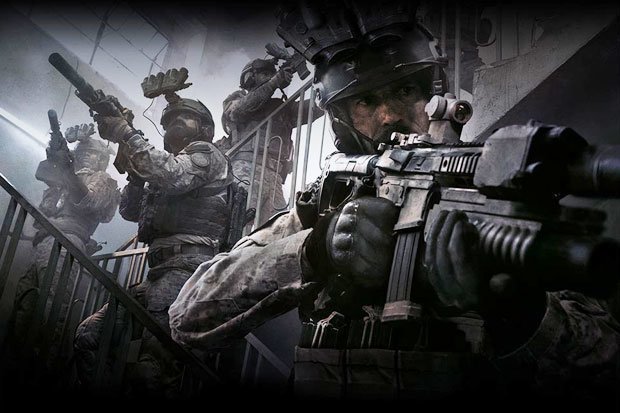 Call of Duty: Modern Warfare is one of the more surprising announcements of the year – a reboot of the sub-franchise after a stream of sequels and iteration.

While developer Infinity War has been speaking predominantly about single-player and the latest 2v2 Gunfight mode, the multiplayer reveal is scheduled for 1st August.

Spec Ops mode, a series of bite-sized challenges introduced in Modern Warfare 2 will be returning, but according to a leak from YouTube channel TheGamingRevolution – a reputable source of CoD leaks in the past – it’ll be a bit different to the previous mini-missions.

The biggest change looks to be that the mode will allegedly be set in an open world where players can take on over eighty missions with or without a co-op partner.

Perhaps just as excitingly, players drop onto the map (Battle Royale style) and have to scavenge for equipment. Does this mean you’ll be able to hold off on a sniping mission until you’ve found the required long-distance weaponry?

Any currency earned through Spec Ops carries across to other game modes, and you’ll be able to pick between American and Russian soldiers, and there will be twenty playable characters to choose from.

Call of Duty: Modern Warfare launches on 25th October, but you may not have to wait until then to get your hands on it.

According to the same YouTube channel as the Spec Ops info, a beta will be landing in August. The rumour suggests the beta will hit PlayStation 4 first on 20th August, while Xbox One and PC players can experience the still-to-be-revealed multiplayer action a week later on 27th August.

Given the series’ alignment with PlayStation this generation, it’s no surprise to hear the beta is likely coming to Sony’s platform first. The leak also suggests PS4 gamers will get new content a week early.

Needless to say, there’s no real guarantee with these kinds of leaks but we’d imagine we’ll hear a lot more on 1st August when Infinity Ward reveals more information.

Our reporter Jordan Oloman was able to speak to Infinity Ward about the challenges of rebooting such a beloved title. Check out the full piece here.

We’re looking forward to the new ability to reload while aiming down the sights but are curious to know if a Battle Royale will be implemented. Recent leaks suggested a Battle Royale is in development that will feature 200 players. In contrast, Black Ops 4’s Blackout mode features 88 players.

Whatever happens, we’ll have a full update from the 1st August reveal here – so stay tuned.