Activision has had their ups and downs in recent years with Call of Duty as a series, hitting declinations and reclamations with different eras and places ranging from World War II to the far-flung future. With this year’s game returning to Infinity Ward, the studio that truly put the series on the mainstream map with 2007’s Modern Warfare, it seems appropriate for Call of Duty to go back to its roots. Now 12 years after its original namesake, a new Modern Warfare is being built on all the foundations of the original in a contemporary context.

Activision has announced 2019’s Call of Duty title today, significantly later than usual, as a reimagining of the Modern Warfare series that started over a decade ago. While borrowing the same name, Infinity Ward is very careful to insist the new title is not a reboot, but rather a reimagining borrowing the same concepts and characters but combining them with headlines today. That means characters like Captain Price will be making a return, but it will not be the same story or levels that you remember. 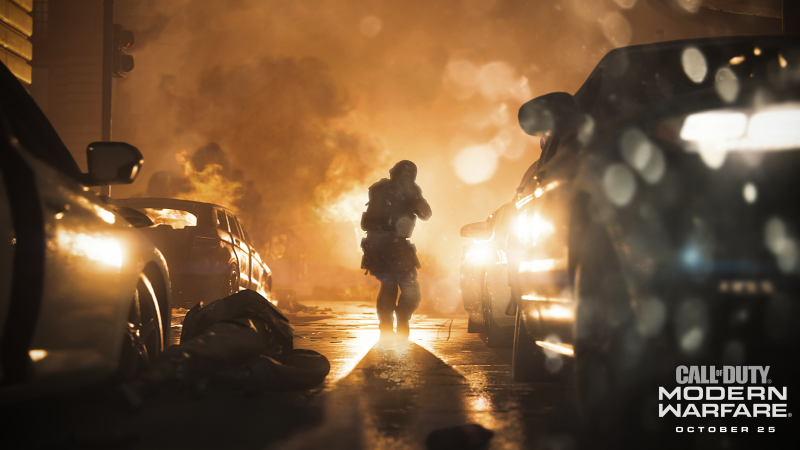 The new Modern Warfare wants to exemplify the gray area between different sides of war by providing playable perspectives on different camps, with militarized task forces called Tier 1 Operators on one side and rebel freedom fighters on the other. The operators are better funded and thus have more technologically advanced weapons, while the freedom fighters rely primarily on guerrilla warfare and improvised weaponry. The campaign will bounce between the two different versions, putting players in the role of counter-terrorism operations and fighting against an oppressive invading force through different times in the story.

The tech for Call of Duty is also being reimagined, with Joel Emslie returning from Respawn as Infinity Ward’s art director and raising the bar with his arrival. With a stated interest in ensuring Call of Duty is not just “the brown game,” multiple aspects of the game’s graphics have been highly tuned to give everything the most realistic look they have attempted before. Every scene in the game is filled with particulates in the air, from dust to ash to the vague remains of cobwebs attached to your night vision goggles as you stalk through an old apartment building in the dark. 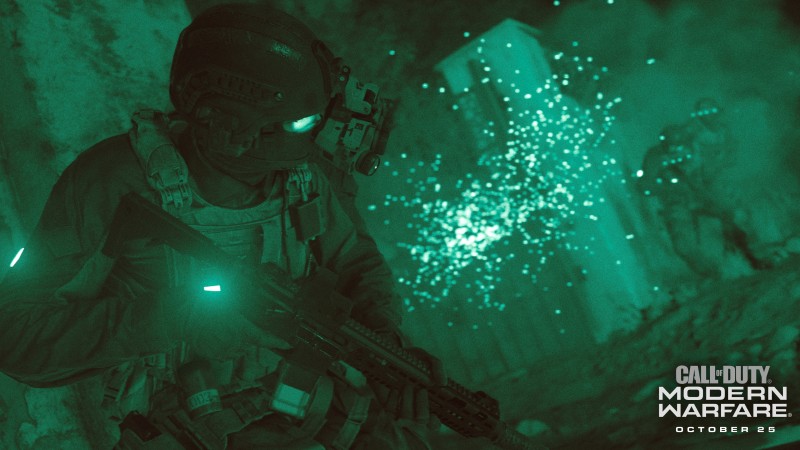 The lighting system is also completely revamped from previous titles. Those night vision goggles I mentioned aren’t just a matter of brightness settings or a filter over the existing image, they upend the lighting to make it visible at all. Infrared is similar, with the new lighting system actually showing you the heat signatures of people and objects in realtime. That means you can see the difference in heat between different people or the disparity between a truck that is starting up and getting ready to move or one that is idling and ready to drive off.

While Infinity Ward has yet to talk about the multiplayer yet, they did note that this game would have no season pass, unlike previous Call of Duty games. The stated goal for this is to keep from fragmenting the player base with future free maps. In addition, this year’s game is also getting crossplay for the first time between PC and consoles. 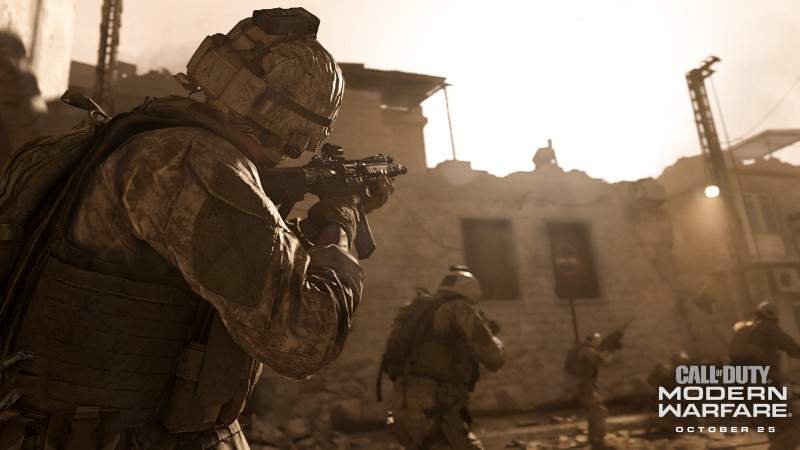 Call of Duty: Modern Warfare will release on PlayStation 4, Xbox One, and PC through Battle.net on October 25.