However, thanks to leaks we have a good idea of when the Call of Duty Modern Warfare Battle Pass will be launching.

Leaks from dataminers have revealed the Call of Duty Modern Warfare Battle Pass will go live at 10am pacific time, CharlieIntel reported in a post online.

For those in other regions that’s 1pm eastern time and 6pm GMT.

The leak also revealed that the Call of Duty season 1 Battle Pass will have an end date of January 28 and will finish at the same time it started at. 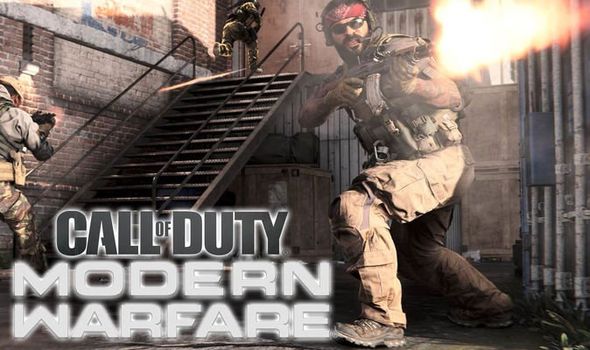 A now-deleted post on Reddit revealed the news, and also outlined 100 tiers that will be appearing in the Call of Duty Modern Warfare Battle Pass.

The Battle Pass will reportedly contain 23 free tiers as well as 81 paid tiers, with the first four tiers unlocking after purchase.

There will be two new weapons which are available in free tiers as well as 12 operator skins that are included in paid tiers.

The new weapons are the Holger-26 and the RAM-7, which are both legendary classed weapons and assault rifles. 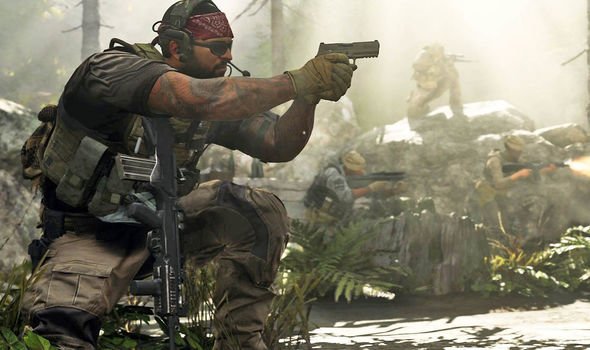 New operator skins that have been leaked include Nightshade, Blackspike, Them Division and the tier 100 forest ops cosmetic.

The Call of Duty Modern Warfare season 1 Battle Pass will also reportedly include 20 Blueprints – three that are free and 17 paid.

Crash, Vacant and Shipment are the new multiplayer maps while Ground War will also be getting the new Port map.

There will also be new 2v2 Gunfight maps – Cargo, Atrium and more.

It has also been revealed that there will be new multiplayer modes – Reinforce, Gunfight OSP and Infected. 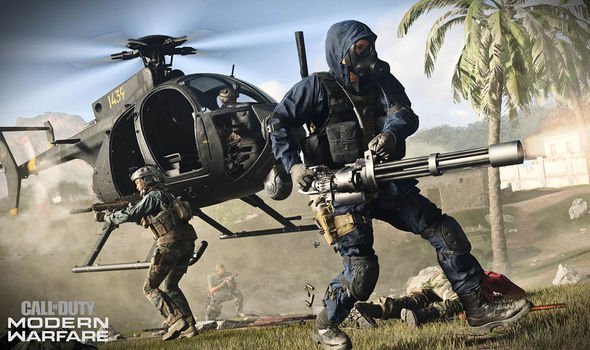 Crash (Multiplayer Map): The iconic Call of Duty 4: Modern Warfare map has returned with all the flanking routes and action-packed rooftop encounters you remember.

Atrium (Gunfight Map): The centerpiece of a Verdansk palace, still intact despite the conflict raging nearby. 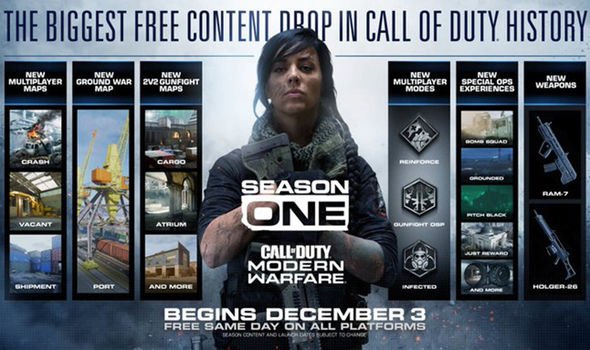 Reinforce (Multiplayer Mode): A hybrid of Dom and S&D, a single-life mode with both teams competing for control of three flags.

On Site Procurement (O.S.P.) (Gunfight Mode): A tactically rich 2v2 mode with a twist: Begin with just your fists, and gather equipment as the match progresses. 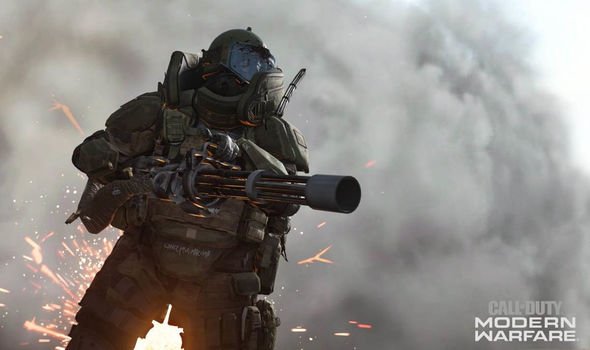 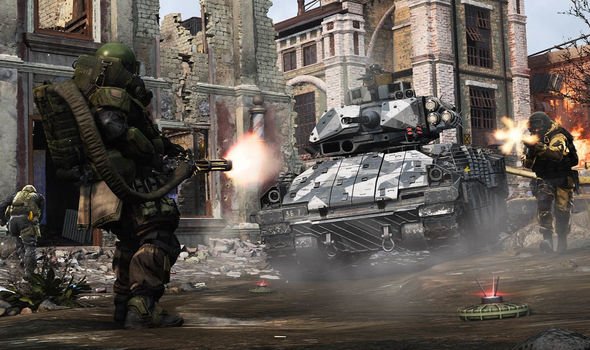 Every single member of the Modern Warfare community can earn some of the tiers within the forthcoming battle pass system, including cosmetic items and two new base weapons. Look for more information about this on December 3.

Note that some of this content may drop later than the Season One start date of December 3, and additional content may be added to Season One