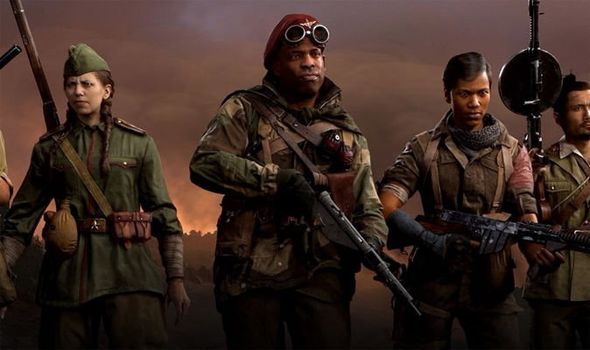 The Call of Duty Vanguard beta is about to come to an end on PlayStation 4 and PS5.

If you’ve been enjoying the Call of Duty Vanguard beta this weekend, then consider this your final warning, because the COD beta has a September 13 end date.

Fortunately, however, the beta will make a return later this week, and this time the content is for everybody.

The second Call of Duty Vanguard beta kicks off for Xbox and PC pre-order customers on September 16.

All fans will be able to participate in the beta – even without a pre-order – from September 17. This includes players on PS5, PS4, Xbox Series X/S, Xbox One and PC.

To make sure you don’t miss a second of the action, it’s a good idea to pre-load the second beta early.

Pre-loading the game early means you can enjoy the Call of Duty Vanguard beta as soon as it hits the servers at 6pm BST later this week.

Champion Hill made its debut during the recent Alpha test. It’s described as a multi-arena survival tournament, “where tactics and strategy combine with quick-action, close-quarter gunplay”.

Players will be able to rank up to level 30 during the beta, and there’s a special bonus for anybody who reaches level 20.

Reach level 20 during the multiplayer Vanguard beta and you’ll receive a bonus Weapon Blueprint for the full game in November.

Similarly, weapon XP will be capped at level 30 in the beta, while Operator XP and Clan XP will only be available when the game launches this year.