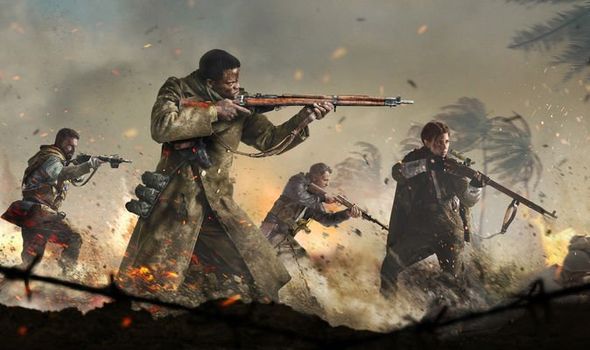 With just a couple of day to go until the Vanguard beta, Activision will give fans a taste of what’s to come.

Versus gameplay will be broadcast live on YouTube at 6pm BST UK time. Fans can watch the action unfold live by hitting play on the YouTube embed below.

In addition to multiplayer maps and game modes, Activision is expected to unveil a new cinematic trailer.

Fans can also expect to discover more about this week’s multiplayer beta, which takes place on September 10.

The beta is going to be much bigger than the recently released Alpha, featuring more game modes and maps.

Likewise, Activision has made countless changes to the game, including visual changes to improve visibility.

Fans will also notice improvements to spawning in the Champion Hill game mode. You can see the full list of beta contents below, as well as the multiplayer gameplay stream.

– Based on Hardpoint, this objective-based mode features a scoring zone in near-constant motion; if Operators want to rack up points for their team, they should keep up and move around the map within this Patrol point.

– These are also the exact modes you can play alongside Patrol during the Beta period (Patrol and Search & Destroy to be available later in the Beta).

– Weapons are persistent through matches. There are ten upgrades per weapon, each adding one attachment.

– PlayStation players will get +2 custom loadout slots (12 total, 10 for other platforms).

– Combat Pacing is a feature that allows players to select the intensity of their games.

– Player count is determined by map size to achieve the intensity described in the Combat Pacing System. Player counts will vary.

• Tactical: These are the lobbies that franchise veterans know well.

– This is the experience that you’re used to with classic Call of Duty combat timing. Tactical Combat Pacing is always 6v6.

• Assault: Balanced combat pacing that gives you enough room to breathe and a lot of targets to kill.

– In Beta Weekend 1, player counts will vary between 20-28 players.

• Blitz: High-action lobbies where the intensity is cranked up to frenetic levels. Prepare for plenty of combat when choosing to join a Blitz.

– In Beta Weekend 1, player counts will vary between 28-48 players.

OPERATORS (Each will have 1 finishing move)