Call of Duty Vanguard PS5 and PS4 Alpha pre-load date, time and how to access demo 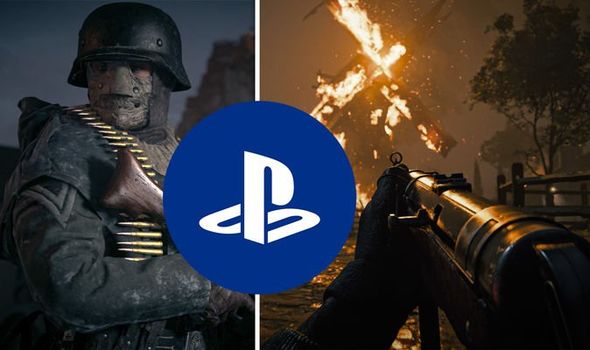 Call of Duty Vanguard may be a few months away from launch, but fans can play it early and for free later this week – and without a pre-order.

The Call of Duty Vanguard Alpha will be available exclusively to PS5 and PS4 users from August 27 at 6pm BST.

The news was announced by Activision over on the PlayStation Blog: “This PlayStation-exclusive Alpha isn’t only the first chance at playing the newest Multiplayer mode in the Call of Duty franchise, but also the first opportunity to play Call of Duty: Vanguard before its November 5 release.

“This will be just a small slice of the overall Multiplayer offering coming to Call of Duty: Vanguard when it launches, but is a great chance for PlayStation players to get their hands on the game and provide valuable feedback to Sledgehammer Games.”

Based on the early information, the Alpha will weigh in at around 20GB, although this is currently unconfirmed.

If you want to enjoy every second of the Alpha test, then it’s worth pre-loading the demo before it begins in full.

The Call of Duty Vanguard Alpha will be available to pre-load from 11am BST on August 23.

Fans can download the Call of Duty Vanguard Alpha by visiting the following links on PlayStation 4 and PS5 (links will work at 11am BST).

You don’t need to pre-order the game in order to access the free Alpha, nor do you need a PlayStation Plus subscription to play.

As an added bonus, if you have Call of Duty Modern Warfare, Black Ops Cold War or Warzone installed on your PlayStation, you can access the Alpha directly from the main menu of the game screen.

“Within any of those released game’s menus, selecting the Alpha menu blade — to the far left of the main menu screen — either brings you to the Alpha to jump in and play if you’ve already downloaded, or redirects you to its download page on the PlayStation Store,” Activision continues.

“All participants will receive a Calling Card and an Emblem, accessible in Call of Duty: Vanguard upon its release – as well as in Warzone following the integration of Vanguard.”

The Call of Duty Vanguard Alpha contains the brand new Champion Hill game mode, which is described as a “multi-arena survival tournament”.

Activision explains more: “In Champion Hill, your squad — which during the Alpha will be either a Duo (2v2) or Trio (3v3)— will compete in a round-robin tournament against seven other squads, with each squad having a set number of lives to start with.

“The mission is to reduce all other squads’ life count to zero in a series of timed Combat rounds, before the same happens to you. Do that, and claim victory on Champion Hill.”

According to Activision, everybody starts with the same Loadout, but cash can be used to upgrade gear and buy new perks between rounds. You get cash by killing enemies and picking up drops.

The cash system should lead to varied matches from one game to the next. For example, you can use the money to make smaller upgrades early on, or save it for a tide-turning powerful upgrade late on.