Charrúa Soccer debuted this week on Apple Arcade and it gives us a window into the culture of Uruguayan soccer.

It may not seem like the indigenous South American Charrúa people have much to do with an Apple Arcade game, but 500 years ago, this warrior tribe of Uruguay, Argentina, and Brazil was fierce and unrelenting. Today, the term “Garra Charrua” captures their spirit of bravery, determination and strength, and is epitomized in Uruguayan football.

Uruguay has shown that even a small country can be a big player in the world of football, having won two World Cups despite its small size. And the independent Uruguayan game developer Batovi Games Studio is has made the game to recognize that sports tenacity.

To make Charrúa Soccer, Batovi learned a lot from their hit iOS game, Pixel Cup Soccer, that originally launched in 2010 as part of the One Laptop per Child initiative.

They approached the game’s development with a focus on making a colorful, playful game that is accessible to everyone on Apple Arcade, which is a $5 a month subscription service. The cartoon-style for the characters are designed to be relatable by anyone, in any country. 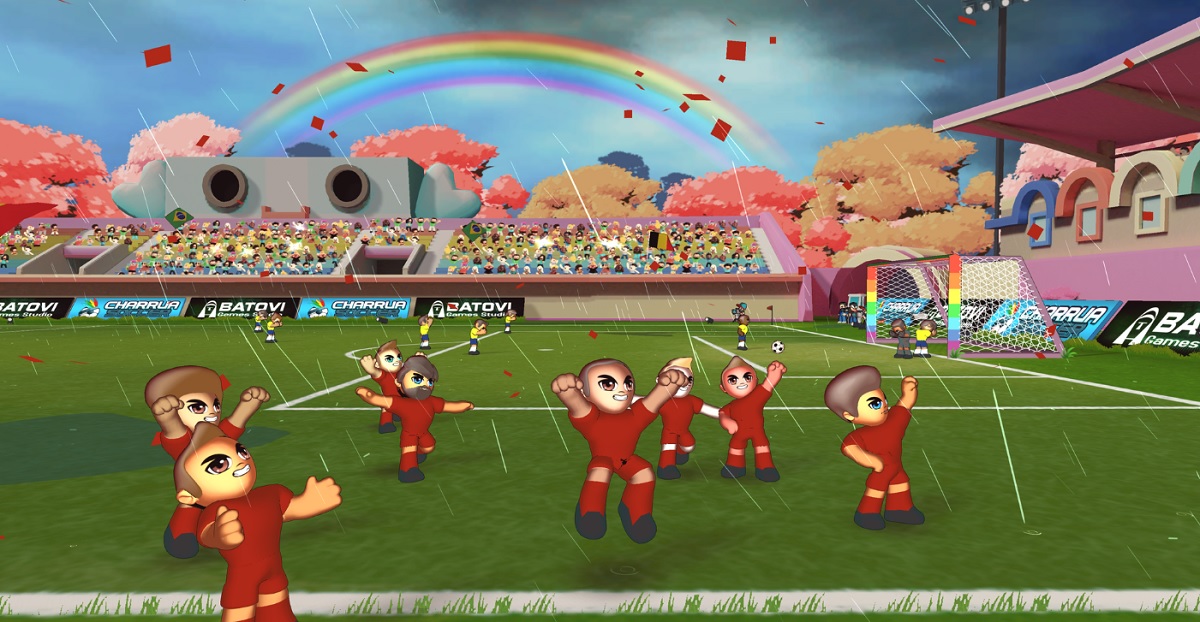 Above: Charrúa Soccer has a fast pace and a cute art style.

I played it and found it was easier to play than other touchscreen soccer games. You control a single player and focus on just kicking or passing in the right direction. An opposing player fouled me on my first possession, and then I kicked the ball into the goal. Soon enough, I was fouled in the box again and scored another goal. It’s a cute and fast game that you can play for a while.

The game has a single player versus the computer mode, two players (player versus player), or party mode with competitions. It has animations of overhead kicks, scorpion kicks, scissors kicks, and diving headers. The AI also has very different game playing styles (ie: Catenaccio from Italy or Tiki-Taka like Barcelona FC).

Roque Papa, owner of Batovi Games Studio, said in a statement that the opportunity to make an Apple Arcade game allows the company to express its creativity without having to worry about monetization models or ads.

He said the team aimed to make a soccer game with tons of action and adrenaline that distances itself from realistic simulation and focuses more on the fun side of the game. It’s nice to see Apple reaching out to far-flung game studios to find creative games for Apple Arcade, which now has 109 games.