Citizen Sleeper Created A Dystopia That I Never Wanted To Leave

It feels hypocritical to find comfort in dystopia. It is humanity pushing itself to the brink, turning a world brimming with potential into one where all except the elite live precariously on the edge, going day-to-day never knowing what to expect, where the next meal is coming from, or if we’ll even have the capacity to survive.

But as human beings we find comfort in routine, in establishing familiarity through jobs and relationships that give us a solid ground to operate upon. Sooner or later, no matter what environment you happen to call home, it becomes normalised and a part of who we are. When it’s all you’ve ever known, or all you’ve ever come to expect, happiness becomes a relative constant we can embrace whenever it happens to surface. In Citizen Sleeper, that distant hope materialises in the most unlikely of ways.

As a sleeper awakening on The Eye with nothing but a dwindling artificial body and head filled with implanted memories, your only purpose in life has been ripped away. Even to survive and stop yourself from falling apart, you must purchase expensive medication, a rare privilege kept at arm’s length by those who understand the power it commands. You’re not a common factor in this society of barkeeps, mechanics, and mercenaries trying to carve out a living, but an outsider in a world defined by the chokehold of corporations whose influence has long dissipated into apathy. The power that once commanded us has left, so all we can do is pick up the pieces and try to exist in the husk of systemic oppression it abandoned. 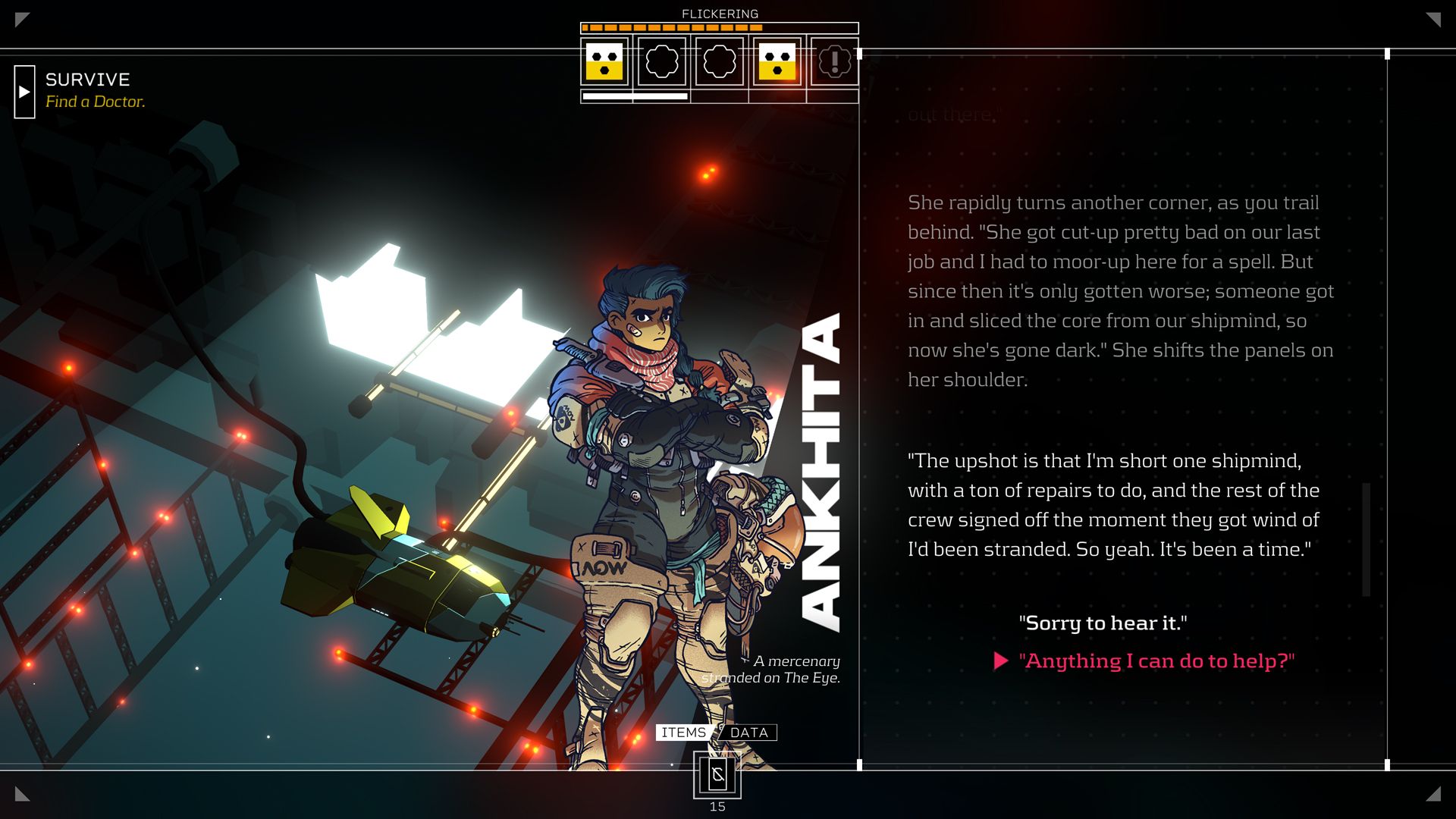 This is a fascinating playground to find ourselves in, with the early hours following us clinging to life in a pursuit to earn enough cryos to afford basic nutrition, let alone the meds needed to keep us alive. Each day was a struggle, spurred forth by hard decisions as I chased the quests and characters that tugged at my heartstrings, oblivious to other pursuits that might have saved my life much sooner. I made mistakes but forged relationships regardless, going with whatever choices felt natural as I not only discovered what made this world tick, but what kind of person I wanted this Sleeper to be.

People often treated me as a sub-human object, my artificial state becoming a pass for discrimination because amidst the flesh and blood of this place, I was nothing more than another machine. I had to prove myself, or find friends who would look past the surface and find a living being wanting to change, survive, and make a difference. Whether they reached that conclusion isn’t up to me, and all I could do was try my best. I saved families, broke up friendships, and uncovered corporate secrets, all in service of trying to feel alive. Successes and failures blended together, every action a worthwhile part of my journey to become more than a person, or something worth living for. 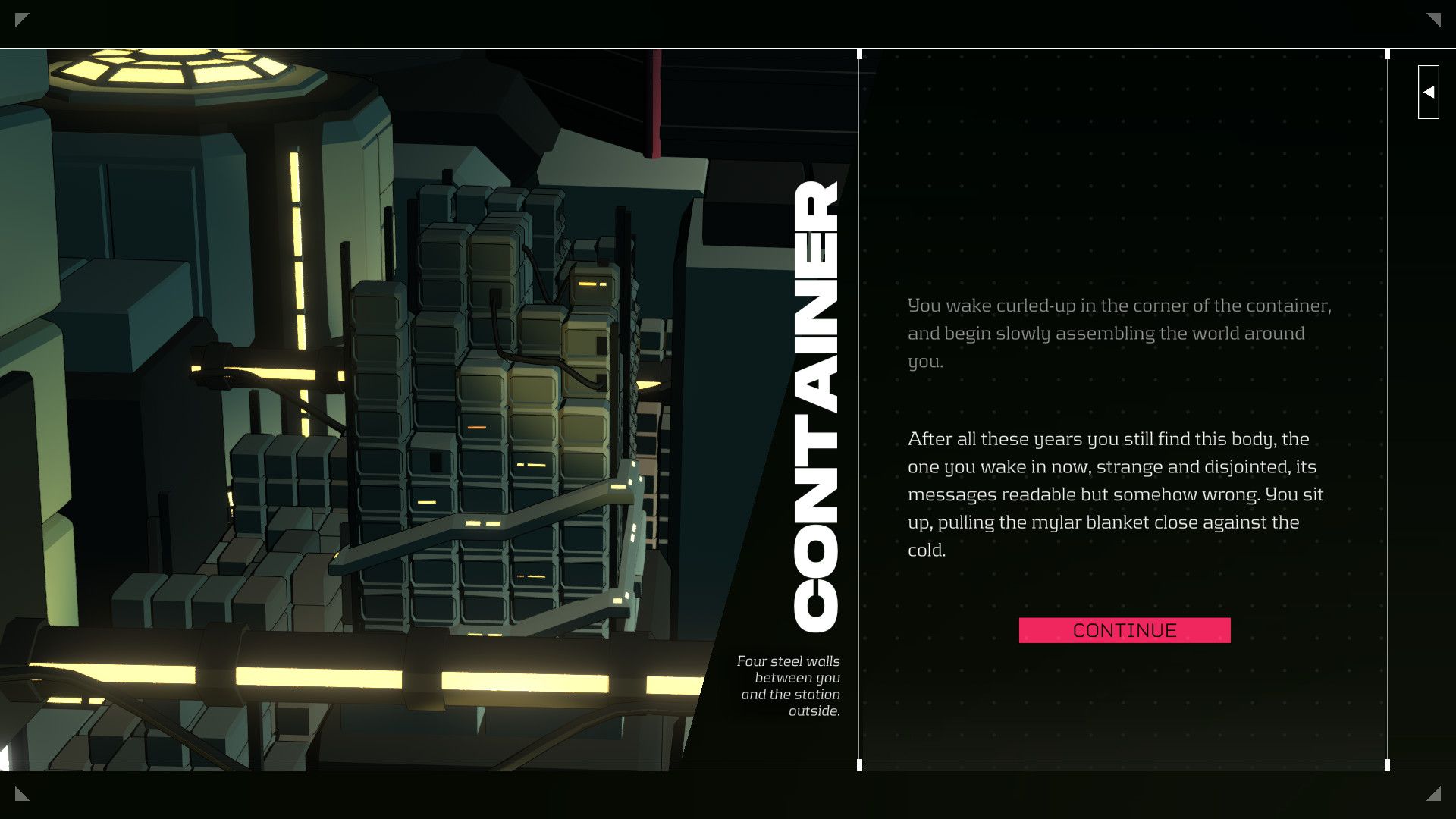 Citizen Sleeper eventually offers the player a number of ways to escape, whether it be working with a specific faction or buying your way onto a vessel, the ways to leave this vessel behind are plentiful, but you are ironically encouraged to stick around. I wanted to stay, eager to wrap up stories and encounter new ones as my own internal clock ticked down, knowing that eventually I would run out of resources and have to face the music.

Everyone I stumbled across had more to live for, at least in that specific moment, since I was still figuring out my own purpose and whether this small little bastion of broken humanity had enough to keep me going. All I knew is that it was worth saving, and beneath the violence and poverty sat good people trying to find their own way, in dire need of a helping hand from someone who understands their plight in spite of my lacking humanity. 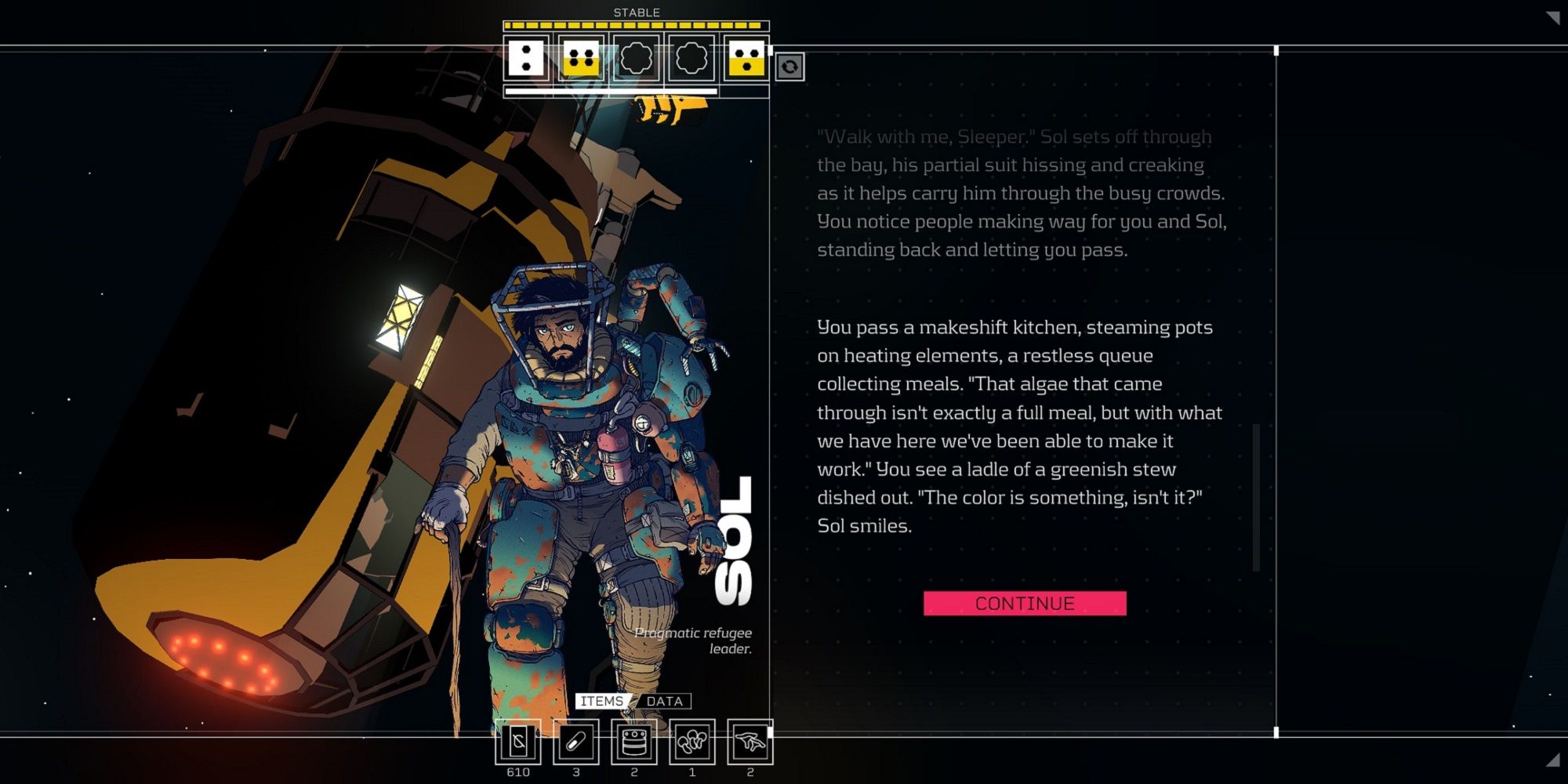 Turns out that a being born from the very powers who sought to enslave me is the best fit to deconstruct their corrupt biases, offering help across the station with whatever means I can.

With a body falling apart and little ways to prove myself, Citizen Sleeper’s greatest superpower is its implementation of empathy.

I made decisions and helped those in need, even if I made mistakes along the way, it was all for a just cause. My journey aboard the Eye is nearing its end, but right now I have no intention of leaving it behind.