Sid Meier's Civilization is a series that’s as long-running as it is fun to play. A game of Civilization 6 might take hours, or even days to complete, but there’s always a massive sense of accomplishment that follows victory. While it’s easy to get lost in a Civilization hole and play the game over and over again, sometimes the same exact game gets old after a while.

That’s where the beautiful modding community comes in, and Civilization modders are a talented bunch. Paying for DLC with extra leaders and Civs is always an option, but you’ll eventually run out of those too. Spice up your leader pool and get creative with the best Leader mods for Civilization 6 on Steam Workshop and Nexus Mods. 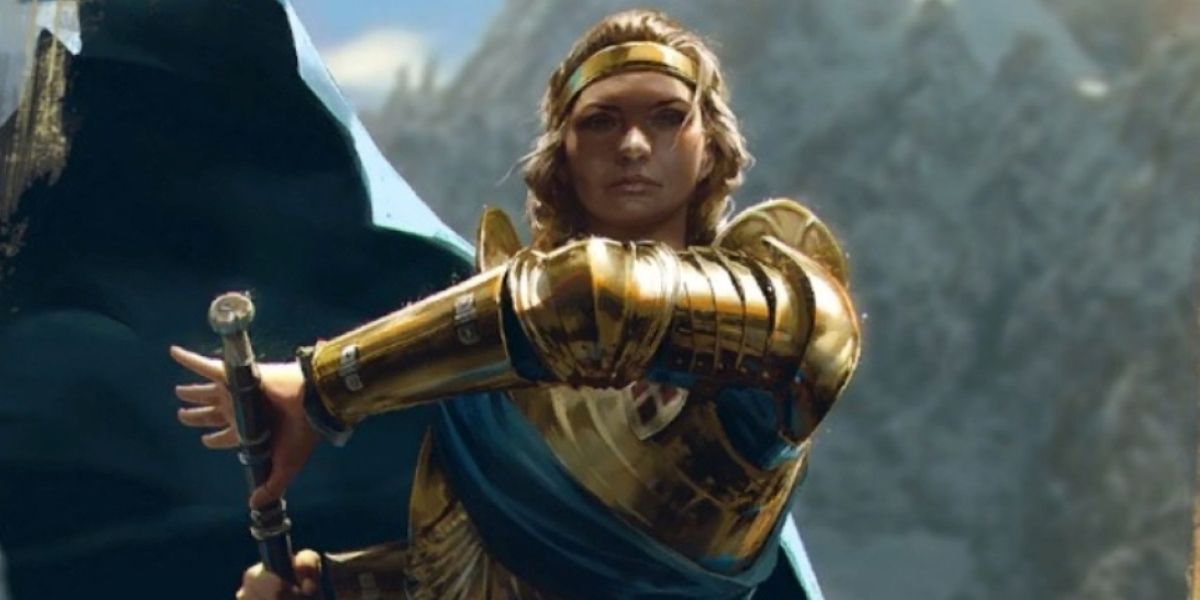 It’s surprising that the Witcher series doesn’t have its own management sim yet, but you can just move everything around in Civilization and make your own instead. The Lyria and Rivia Witcher mod by iPlayGamesITA on Steam Workshop is a great classic start to building the Witcher world.

Queen Meve is a strong leader who comes in as a Great Person herself at the start of every era. This mod also adds three City-States from the world of The Witcher into your Civilization 6 game. 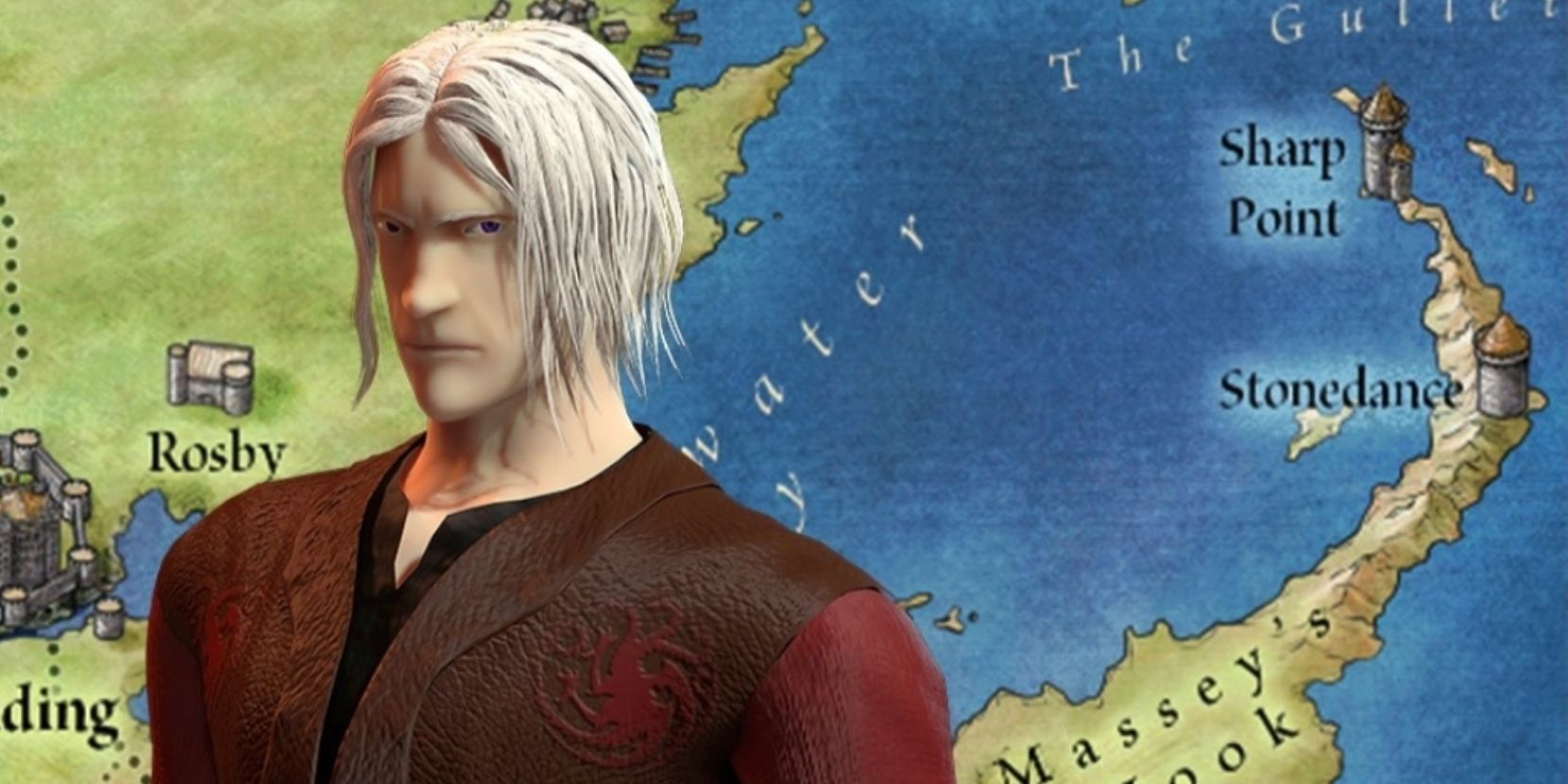 Game of Thrones is gone, but not forgotten, especially with new spin-offs coming out and bringing people back to the fandom. This mod from furion1986 is all you need to bring A Song Of Ice And Fire into your Civ game, allowing you to take over like you’ve always dreamed of doing.

Rise and Fall of Usurper adds nine leaders from the George R.R. Martin universe, all with unique features. The mod's author also gets more specific in other Game of Thrones-themed mods available on Steam Workshop. 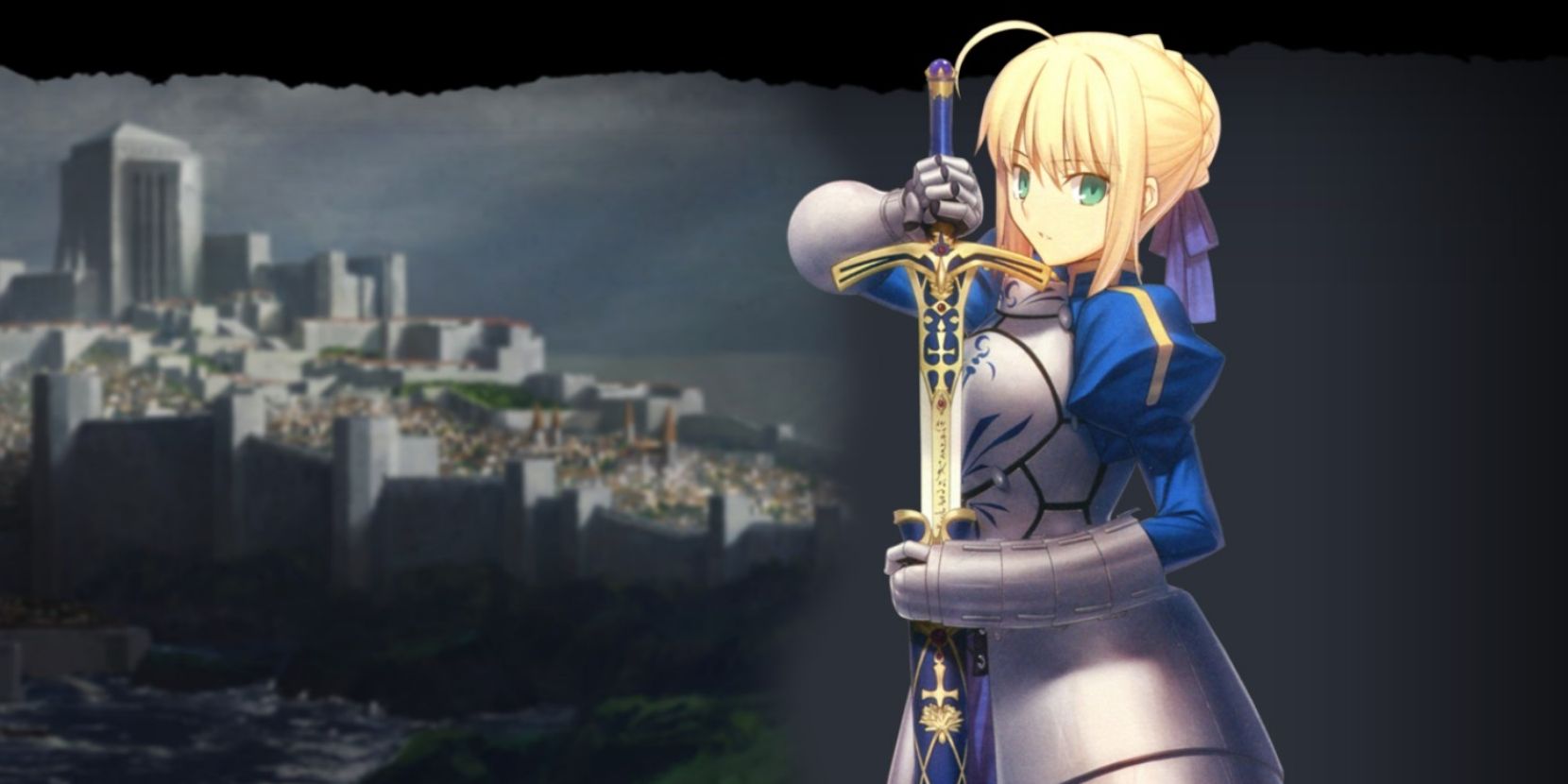 If you’re a fan of the Fate anime series, then this mod from Kcucumber on Steam Workshop is for you. Specifically, it adds Sabre Arturia Pendragon. Of course, her strong suits are battle and unit training, and churning out a ton of knights. While there’s no holy grail to shoot for, that’s probably for the best in this situation.

A historically accurate King Arthur mod would be cool too, but adding an anime flair and sticking a Fate character in Civilization makes it much more fun. 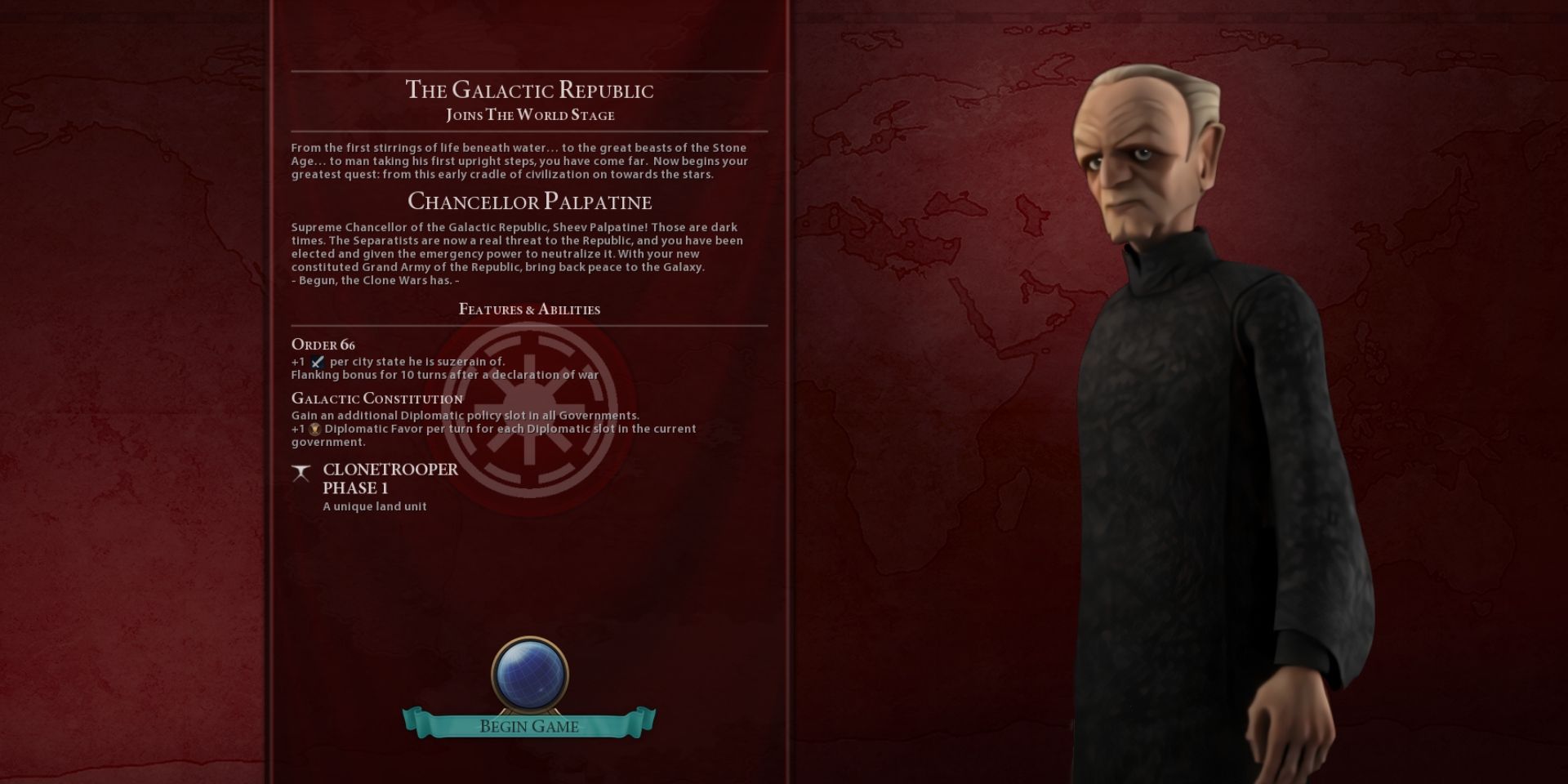 Have you ever wondered what Civilization 6 would be like if the Galactic Republic made its way into the fold? Wonder no more with the Chancellor Palpatine leader mod from Anargo19, Praxedes, and Mewstang on Steam Workshop. The sinister Chancellor’s agenda and traits are very in-character for Palpatine, and it’s terribly fun to run the Empire on Planet Earth.

Bring your immersion to the next level by going straight for a Space victory and sending the Empire to the stars. You could also give Palpatine a Good Guy Redemption if you’re feeling adventurous. 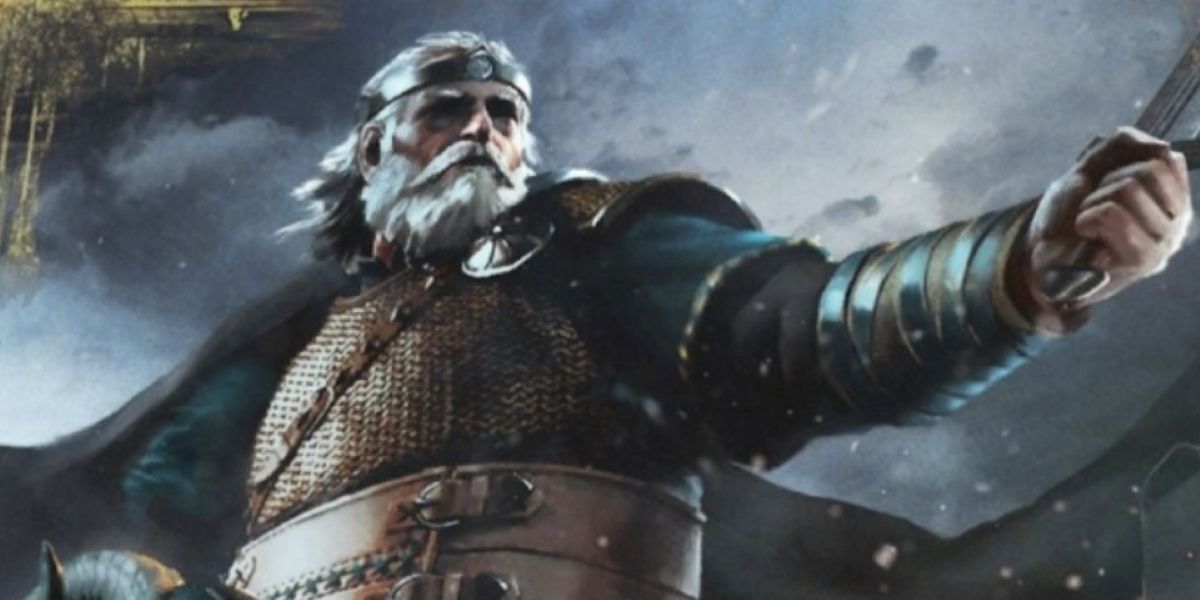 Being a Viking in a resource management game is fun. Being from The Witcher in the same game makes it even better. The Witcher: Skellige is a Steam Workshop mod that adds the Norse/Gaelic-influenced land of Skellige as a Civilization, with the sharp-witted Konung Bran as their leader.

Some extra City-States come with this mod, bringing more of The Witcher into the gameplay. Combining all of the Witcher mods together results in an immersive, Witcher-themed playthrough of Civilization 6 that feels like writing the background of your own series. 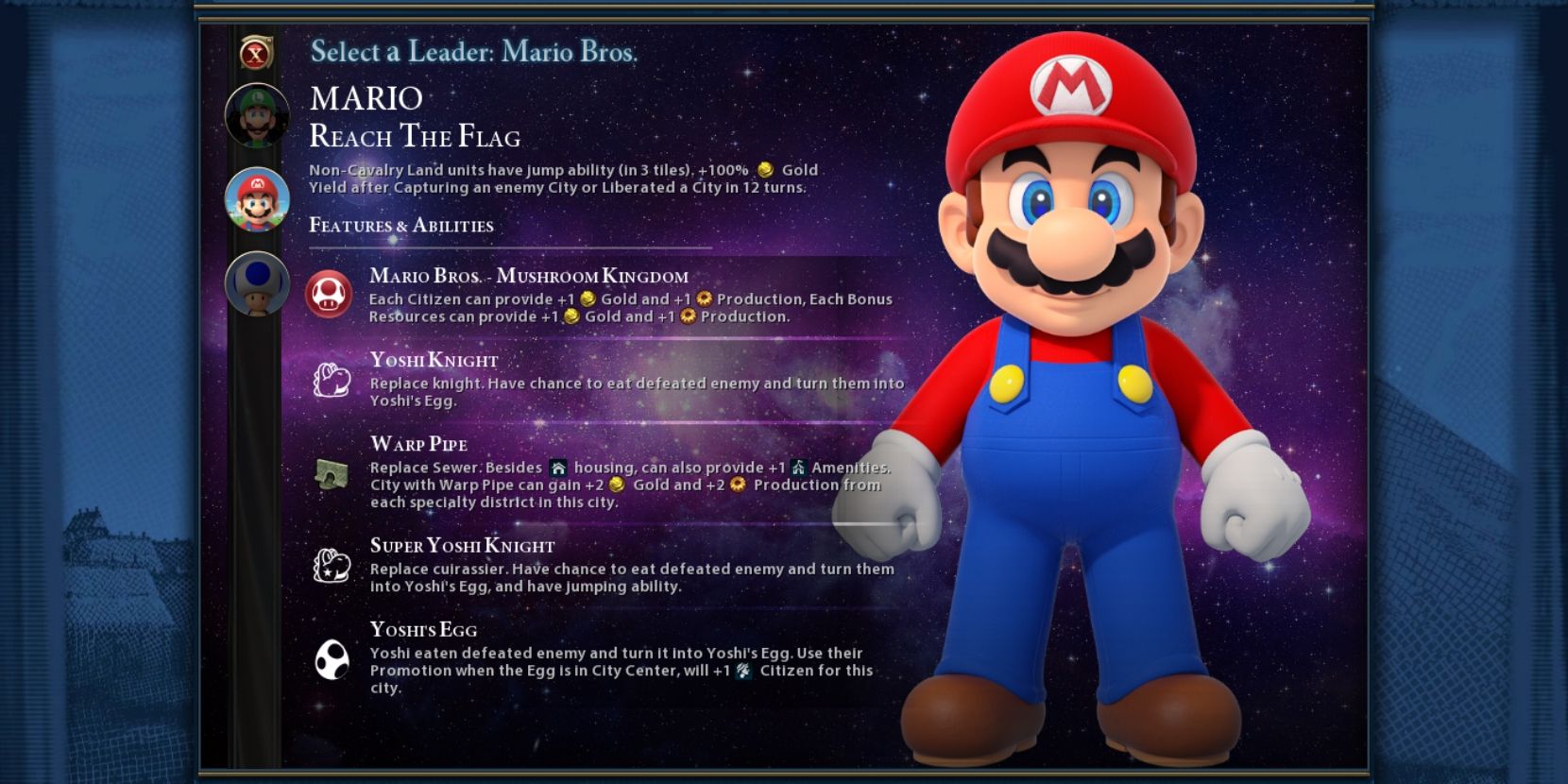 If you’re the kind of gamer that likes to stick Mario characters in games they don’t belong in, this mod on Flactine’s Steam Workshop is right up your alley. Mario, Luigi, and for some reason Toad and Toadette, are available as Civilization leaders with this mod, in terrifyingly high-definition.

A great amount of care and attention to detail has gone into creating each leader and their traits, and it makes for an impressive crossover. No one’s asking why this mod happened, but someone probably should be. 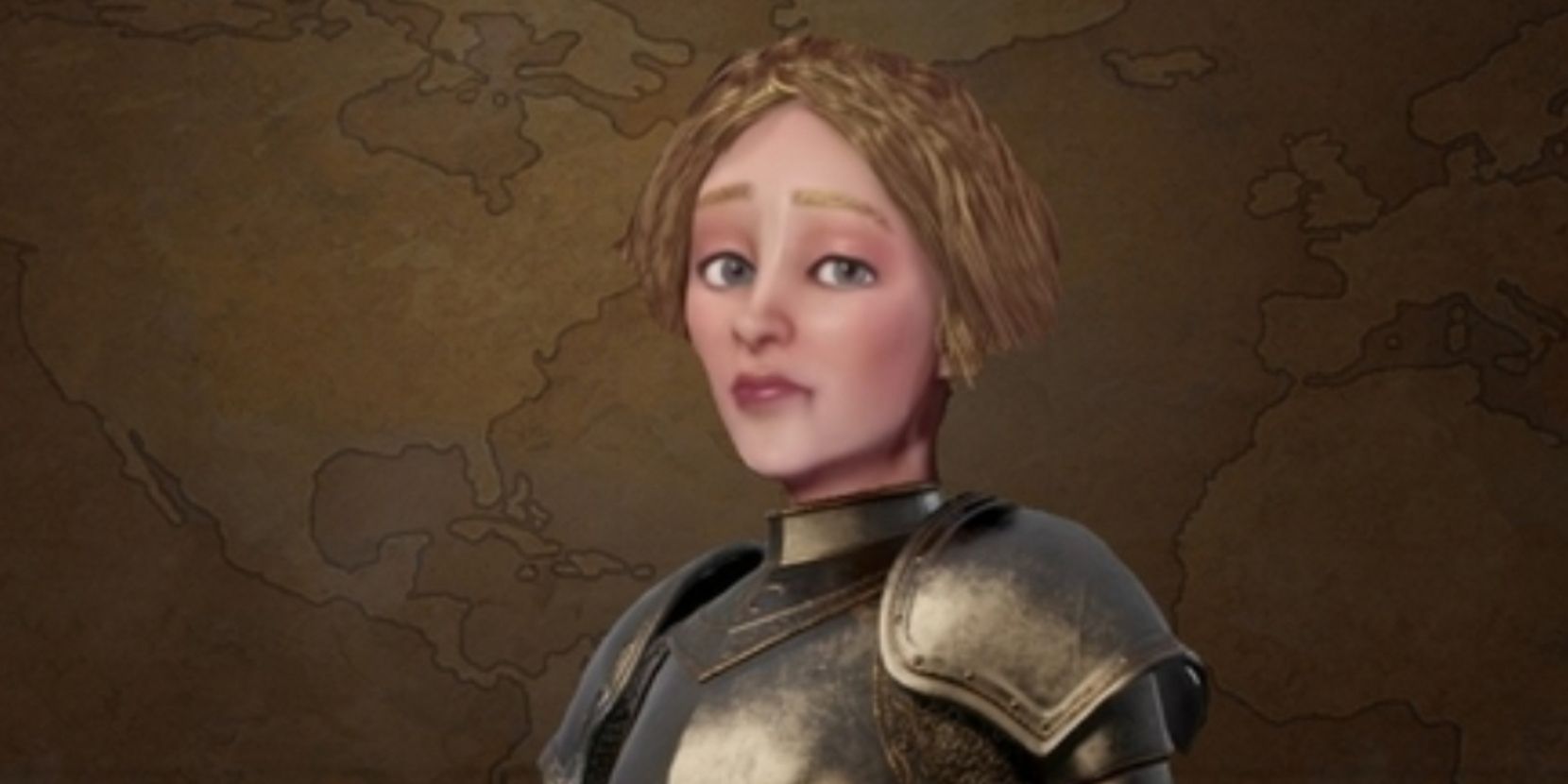 Gedemo’s Joan of Arc mod on the Steam Workshop is an alternate leader, replacing Catherine de Medici as leader of the French Civilization. The battle-worn historical legend Joan of Arc was around for Civilization 3 and then never showed up as a leader again, so it’s nice to see her back in modded form.

If you want to play as France, but aren’t a fan of going for a straight Culture win, the Joan of Arc leader mod gives you a better battle advantage than having Catherine de Medici as a leader. 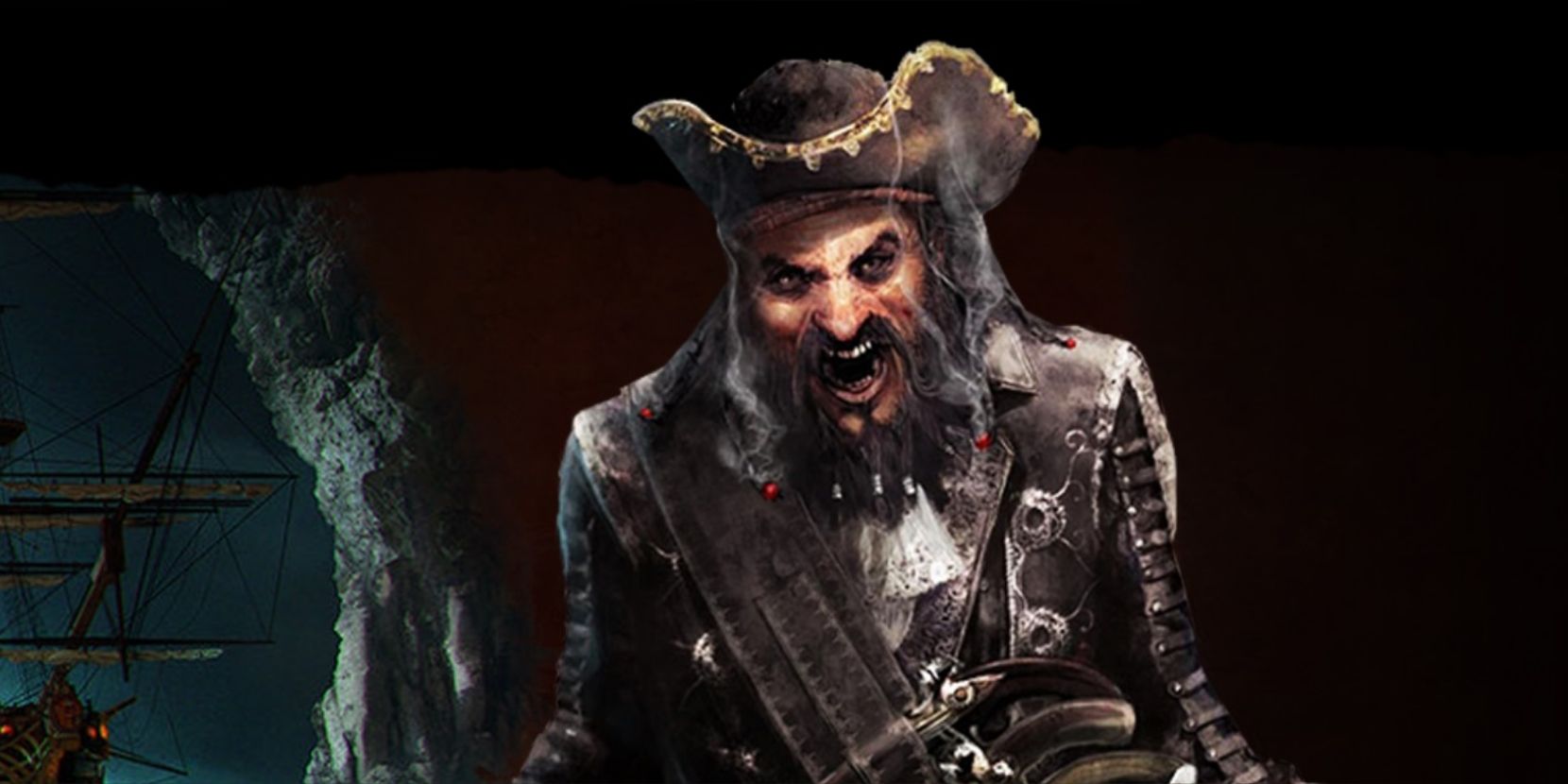 Nexus Mods has surprisingly few mods for Civilization 6, and even fewer that add new leaders. There are a few worth talking about, though, and Republic of Pirates by Kingchris20 is one of them. Black Bart and Blackbeard are the leaders this mod adds, and as a bonus, you’re treated to the Flying Dutchman unit.

Playing Civilization as the Republic of Pirates seems contrary to the idea of the game, but that’s what being a pirate is all about. Rules were meant to be broken. 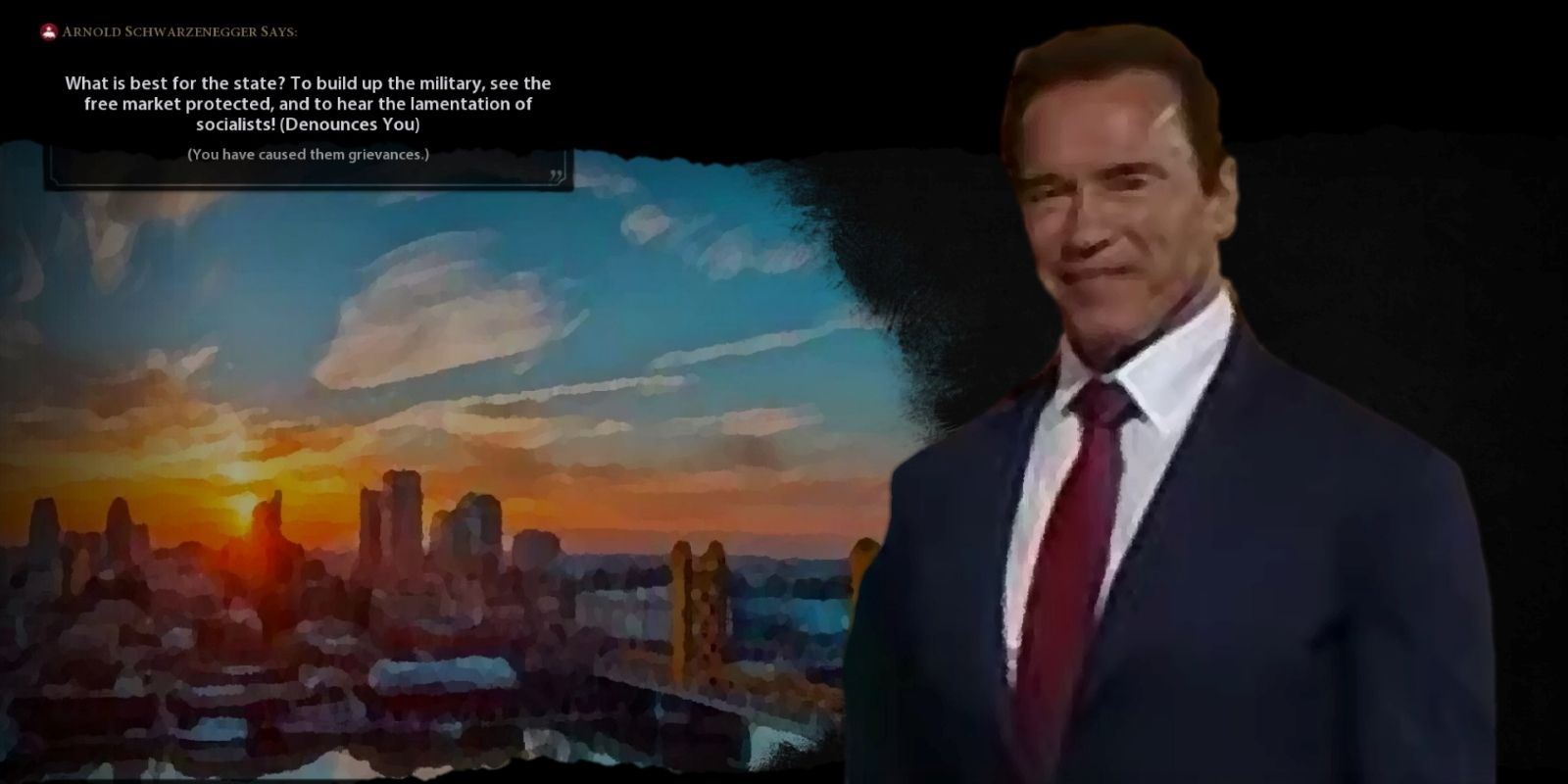 The Governator may be retired from politics, but that won’t stop you from playing as the former Terminator star in this mod from Strudeler on Nexus Mods. California is its own Civilization in this mod, and if that wasn’t enough for you, the leader of the republic is none other than Hollywood actor Arnold Schwarzenegger.

Despite this mod being on the joking side, the leader stats for Arnold are well-hashed-out and make for an interesting few games. Unfortunately, there aren’t any Terminator units, just normal Californian stuff. 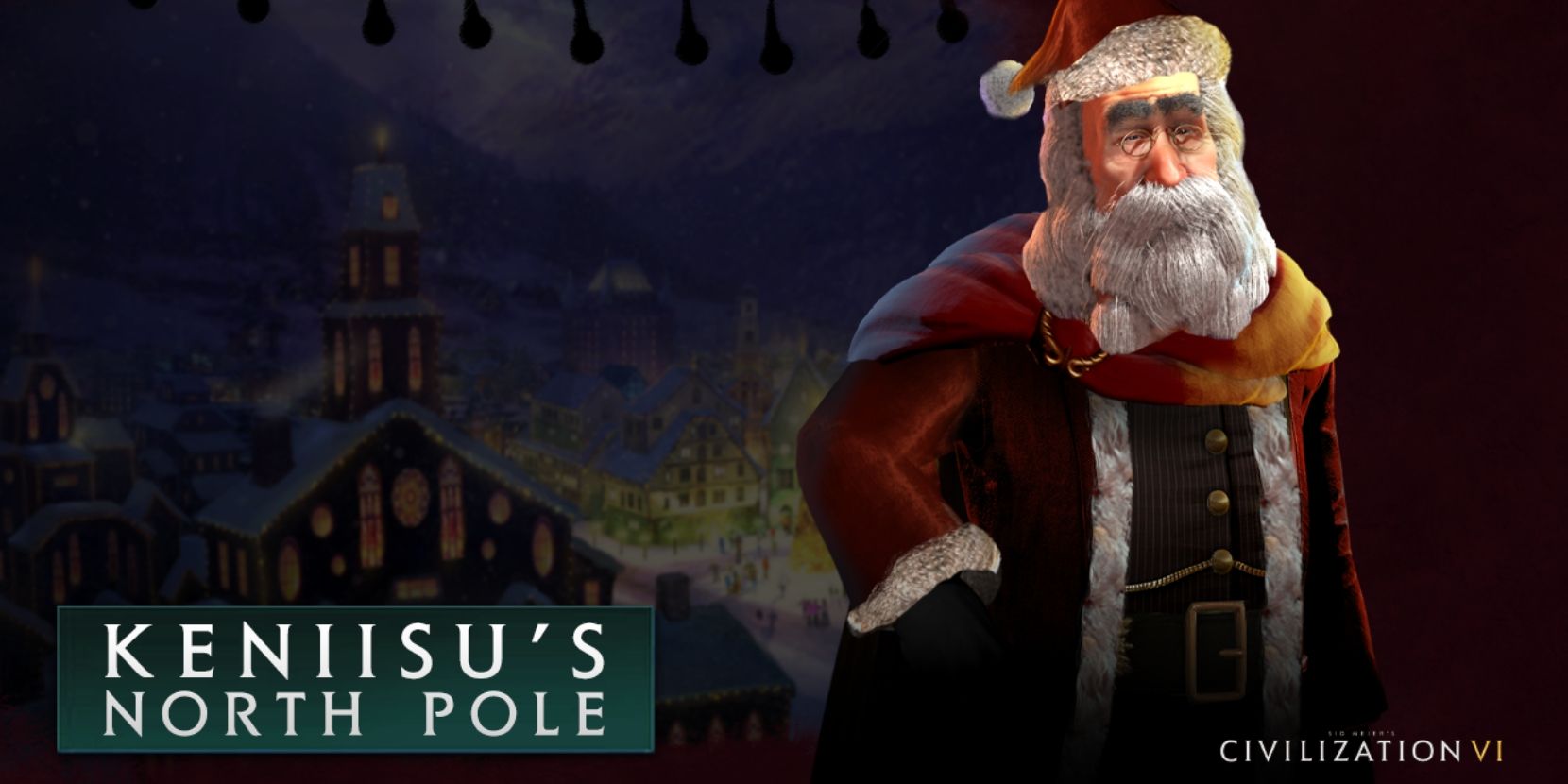 If Santa Claus is in charge at the North Pole, does that make him the mayor? Some kind of monarch, maybe? The North Pole mod by Keniisu on Nexus Mods might raise a few more questions about the lore of Christmas than it answers, but it’s a great way to get into the holiday spirit any time of year.

Rule the North Pole with an iron sleigh as the patron of Christmas himself, Santa Claus. The units that come with this mod are as delightfully festive as Old Saint Nick himself.