The grind to the level cap in Classic World of Warcraft is one thing, but grinding for reputation is another. This can take even more time, and depending on what you need, a serious time and resource commitment. There are certain factions in Classic World of Warcraft where grinding rep is a requirement for specific events and raids in the endgame. One of the most famous, mostly due to its connections to the leaders of the Night Elves, is the Cenarion Circle.

The faction is named after Cenarius, who is the Lord of the Forest and the patron of all Druids. They guard a variety of rare recipes, weapons, and armor sets that are only available if a player has worked hard enough to earn their trust. Today, Classic WoW still has most of the action connected to the Cenarion Circle in the far-flung max-level zone of Silithus, but there are other ways to grind rep with this ancient and powerful faction.

Updated by Kristy Ambrose, December 10th, 2020:  With the recent update in Classic WoW to Phase 6, it’s currently a mystery as to the next step the vintage game will take. Rumors and conjecture about Burning Crusade servers and Classic+ abound. The new content of Phase 6, which includes a Scourge Invasion and the opening of a new raid, Naxxramas, has enough to keep players distracted for while. That includes some additions that give characters more venues to grind rep with everyone’s favorite faction of tree-huggers, the Druids of the Cenarion Circle. We’ve also added some ideas from outside of Silithus for lowbies or players who have had their fill of Ahn’Qiraj, at least for now. 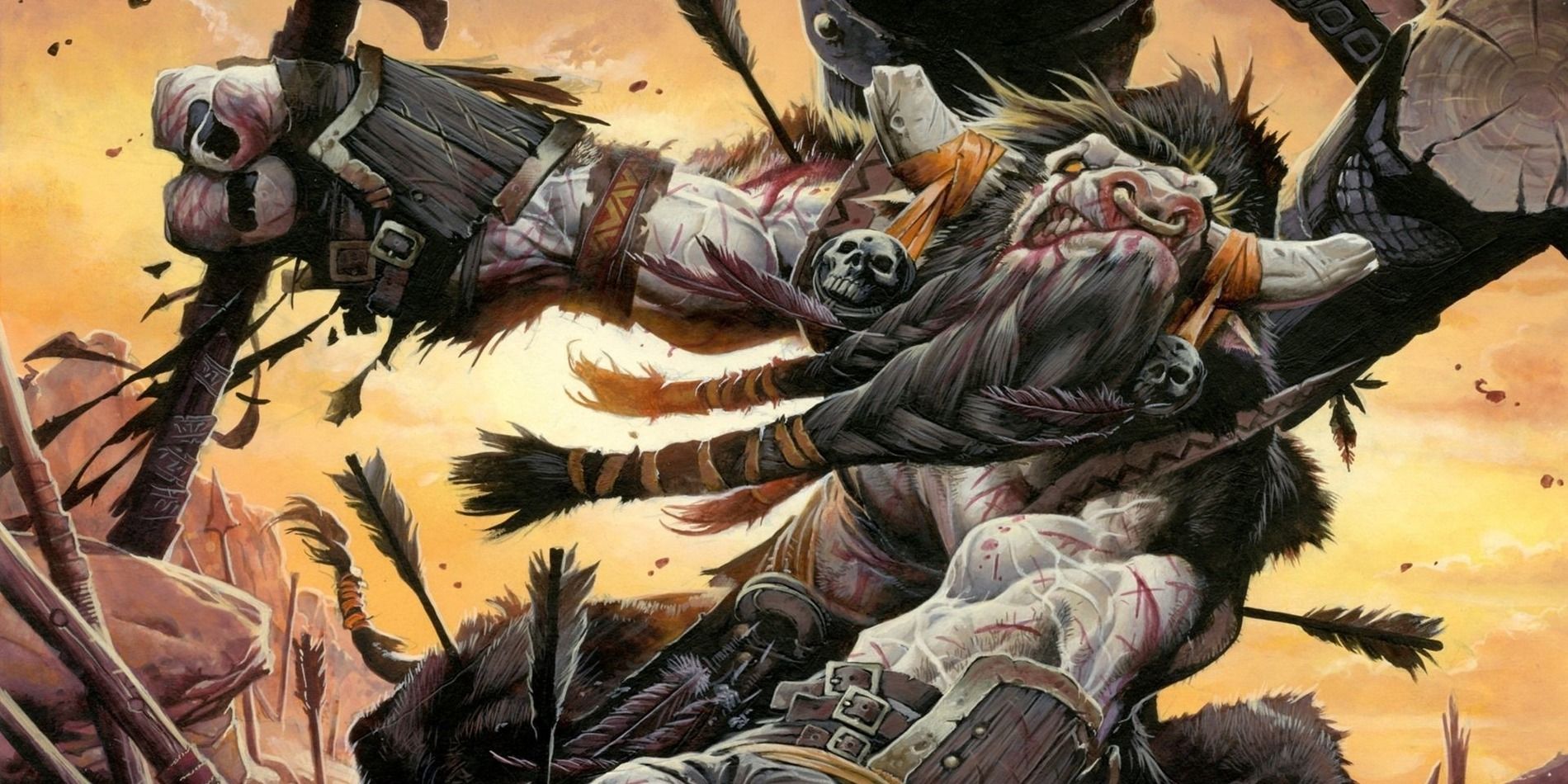 Most classes can’t start to grind rep with the Cenarion Circle until much higher levels, but Druids begin at level one with some rep already. The Druid class is considered to be the default member of the faction anyway.

Frequent visits to Moonglade, including a special hearth just for the city, in addition to the regular hearthstone ability, mean that Druids also get access to some of the quests in Moonglade that award reputation points sooner than other classes. 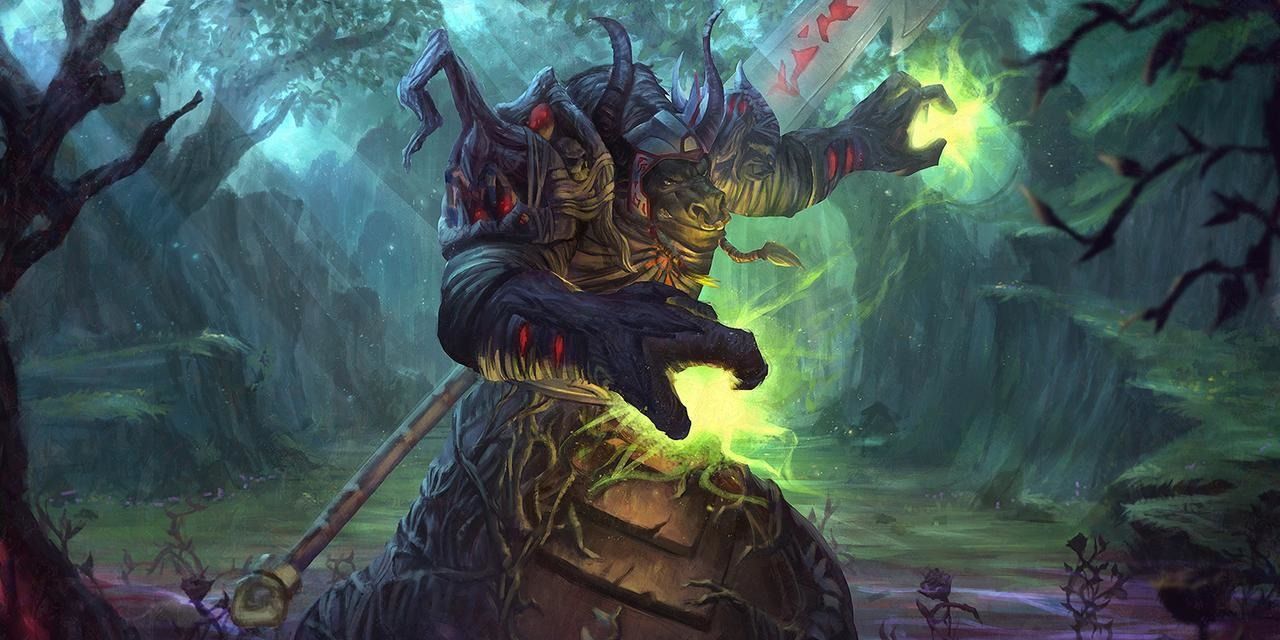 For those players in the know, this is one way to get a jump on the competition if you don’t want to roll a Druid. There are only two races in Classic WoW that can be Druids, and only one for each faction, Night Elves, and Tauren.

Rolling one of these characters is an easier way to find the Cenarion Circle at a much lower level, as they have trainers and representatives in your faction’s home city. Darnassus and Thunder Bluff are also the capital cities with reputations for eng remote, so other races usually don’t visit until higher levels. 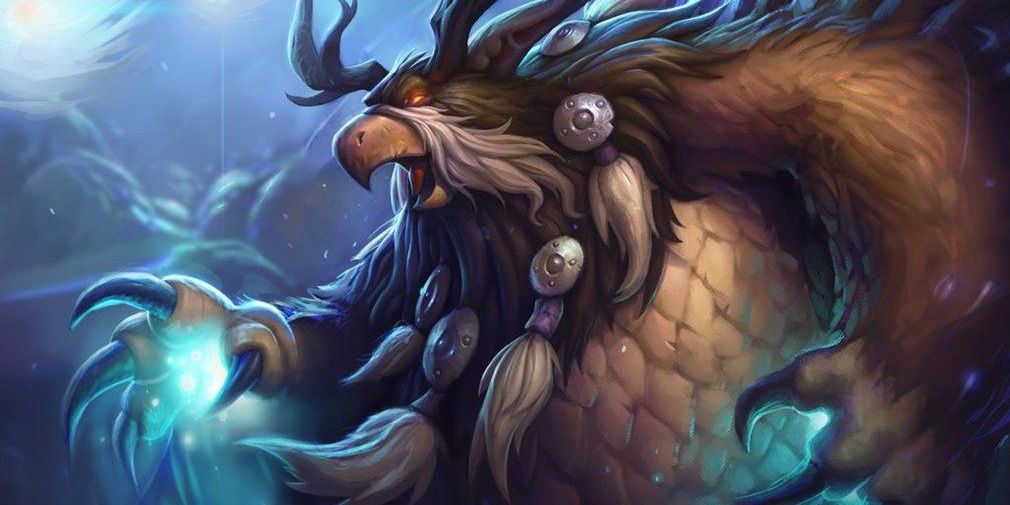 Both Druids and other classes can still do quests for the Cenarion Circle as a way of gaining rep, it’s just a matter of knowing who to ask. Each faction has an Arch Druid, who is the keeper of several quests that offer reputation boosts for both their home city and the Cenarion Circle. Find Arch Druid Fandral Staghelm in Darnassus and Arch Druid Hamuul Runetotem in Thunder Bluff for quests that reward rep at both low and high levels.

12 Do the Phase 5 Quests in Silithus 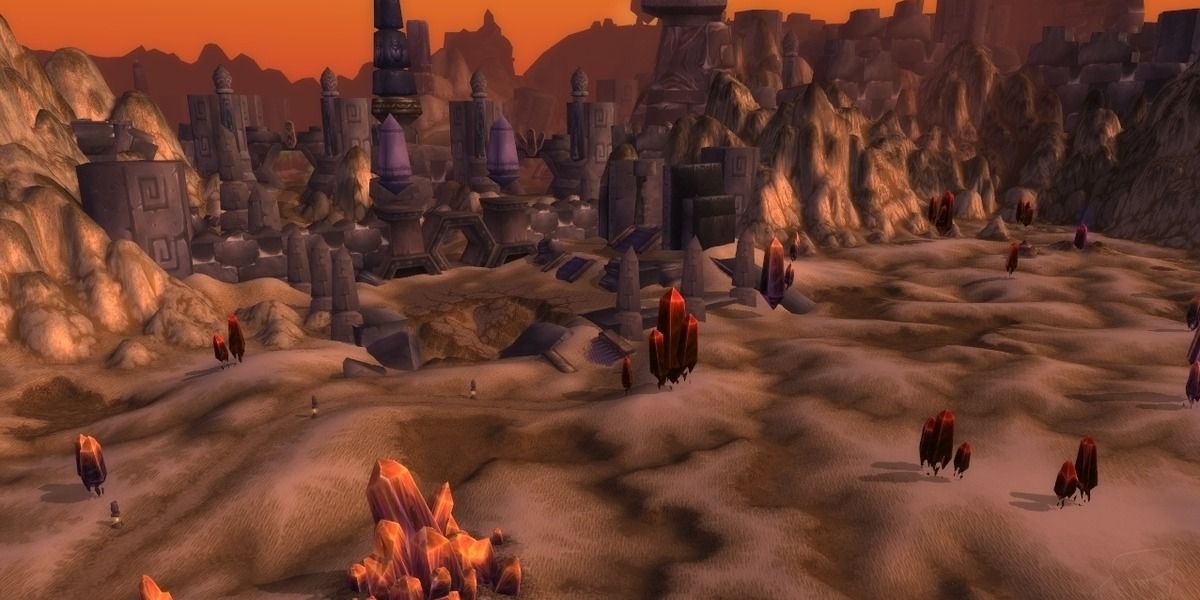 Most of the quests that reward rep for the Cenarion Circle are located in Silithus and are reserved for high-level players. However, you can get started before the mid-50s. There are a few quests that are available before level 55, and these are either quests only for Druids or involve killing an elite in a dungeon.

For example, the “Corruption of Earth and Seed” is a level 51 quest that requires the player to kill the end boss of Maraduan, Princess Theradras.

11 Do the Repeatable Quests 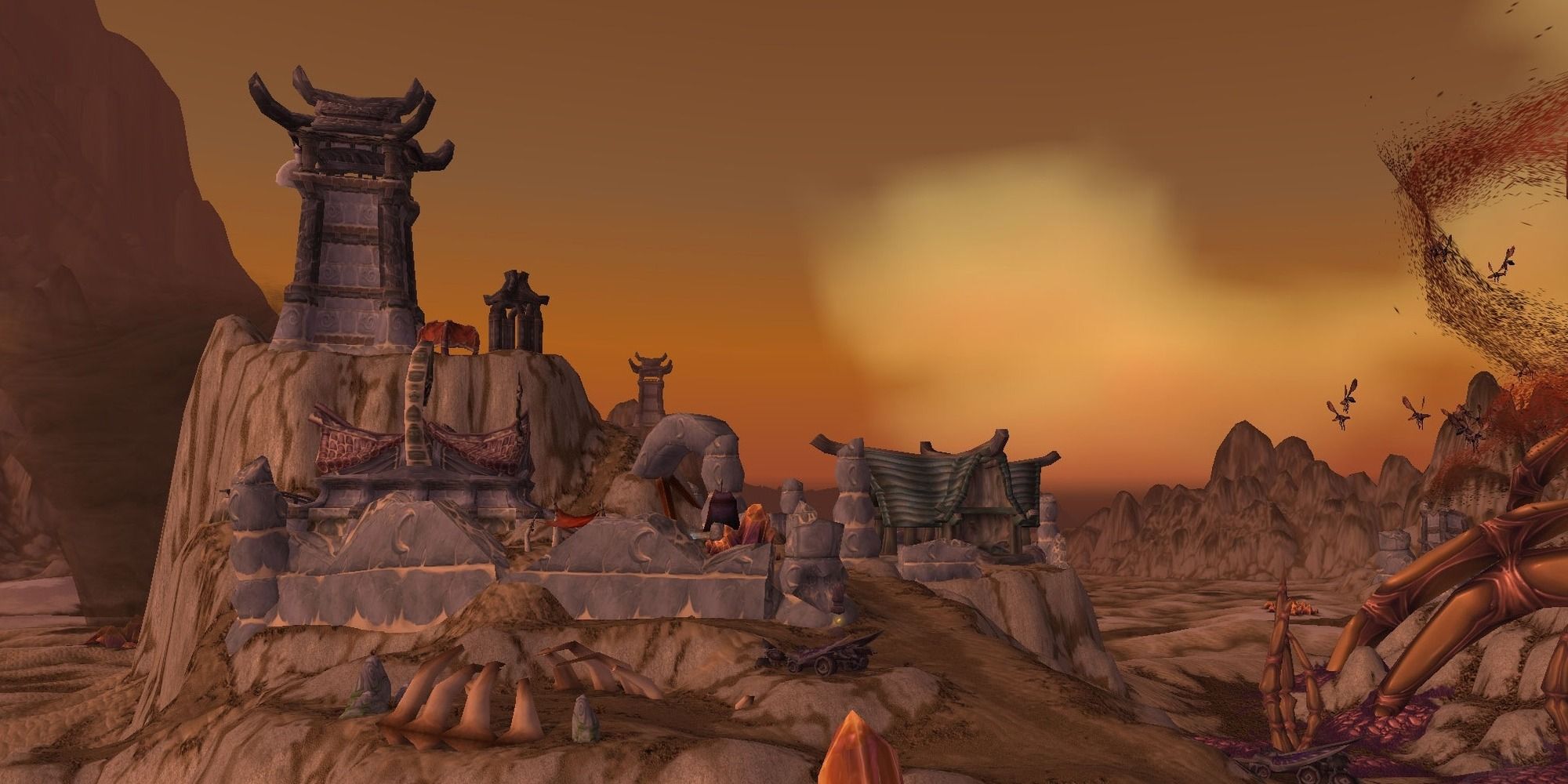 These are almost exclusively in Silithus, and players only have access to them as they climb the Cenarion Circle reputation ladder. There are a few options in the zone for grinding rep for all ‘toons level 55 and up.

Gather intelligence from the Cenarion Circle’s enemies in Azeroth’s most desolate and dangerous zone before the gates of Ahn’Qiraj open and continue to grind rep right up until Phase 6. Take on the repeatable tactical assignments to build up each faction’s war supplies. Players can also group up with friends to summon and kill certain elites that will also reward rep with the faction. 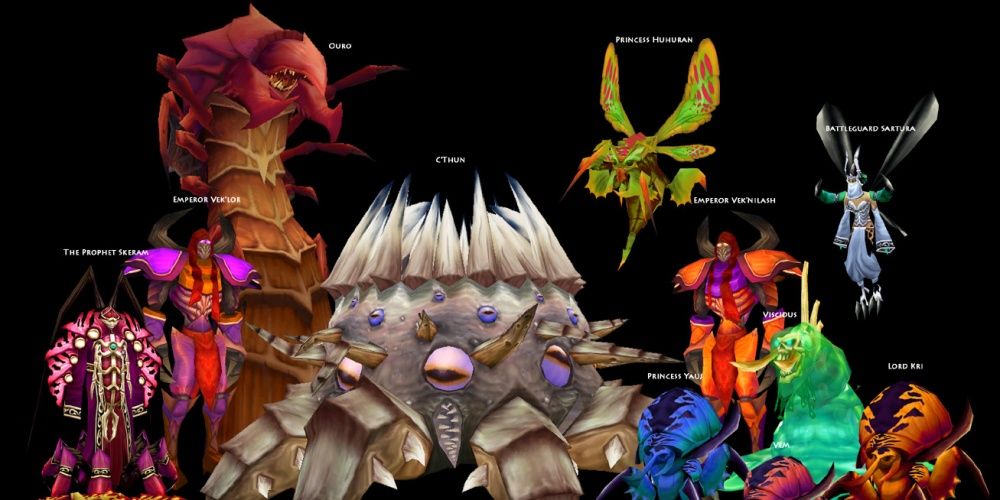 There are two raids in Silithus that players can run to grind rep with the Cenarion Circle; the Ruins of Ahn’Qiraj and the Temple of Ahn’Qiraj. You only need 20 players for the ruins, while the temple is a 40-player raid that ends with killing an Old God.

Killing both mobs and bosses rewards players not only with reputation boosts but also valuable drops. Certain rings, trinkets, and other artifacts drop that can be traded with specific NPCs to gain even more rep.

There are Twilight Cultists all over Azeroth, with a few even hiding in unlikely places like Blackfathom Depths. The Twilight Cultists are the sworn enemies of the Cenarion Circle and the principal villains of many unhappy tales from Azerothian lore.

Players can take their collective revenge out on them now, since every time you kill one it gives you some rep with the Cenarion Circle. They also drop items that players can collect and trade for reputation points. 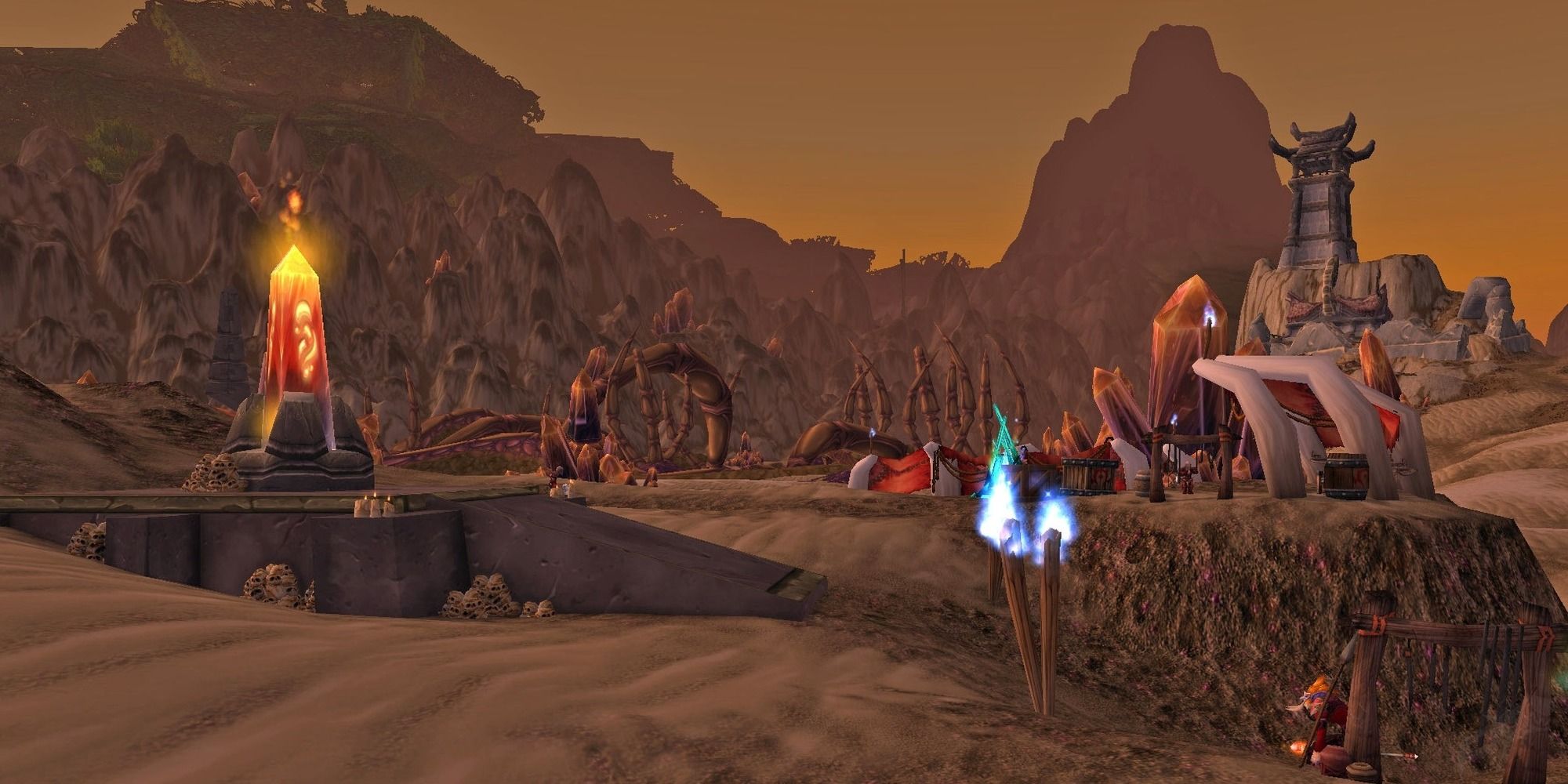 Not to be confused with other Twilight Cultists or the Twilight Reavers that you find in lower-level dungeons like Blackfathom Deeps or Blackrock Depths, Twilight Flamereavers are only found tucked in a small corner of the northeastern Silithus.

After you reach a Revered reputation level with the Cenarion Circle, the Cultists will no longer reward you with rep boosts, but the Flamereaver will. Don your fire-resist gear to slay these troublemakers, who have an Immolate spell. 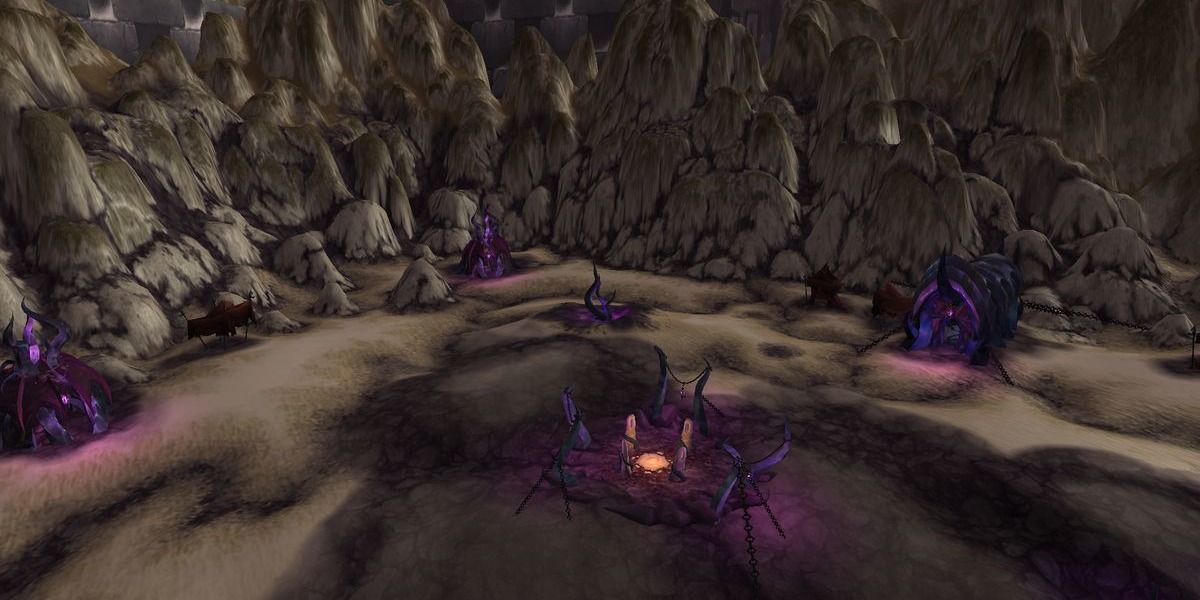 Texts are one of the many useful items that Twilight Cultists in Silithus drop and these can be collected and turned in for reputation. Players can take their incriminating information, as if more was needed, to either the Cenarion Hold or Hermit Ortell.

If you want to raise your rep with the Cenarion Circle, you have to bring them to Bor Wildmane. Hermit Ortell will award you some nice scrolls, perhaps a rare recipe, but won’t award you rep.

You can summon these elites more than once, making it similar to the repeatable quests that require collecting secret documents and killing as many Twilight Cultists as possible. Not only do those cultists drop texts but also certain articles of clothing that you need to summon the Abyssals.

Abyssals can come in the form of Templars, Dukes, and Lords. You need certain items to summon them, either dropped from the Cultists or given to the player by leaders of the Ahn’Qiraj offensive in the Cenarion Hold. They each reward reputation upon defeat and also drop crests, signets, and scepters that you can also trade for rep. 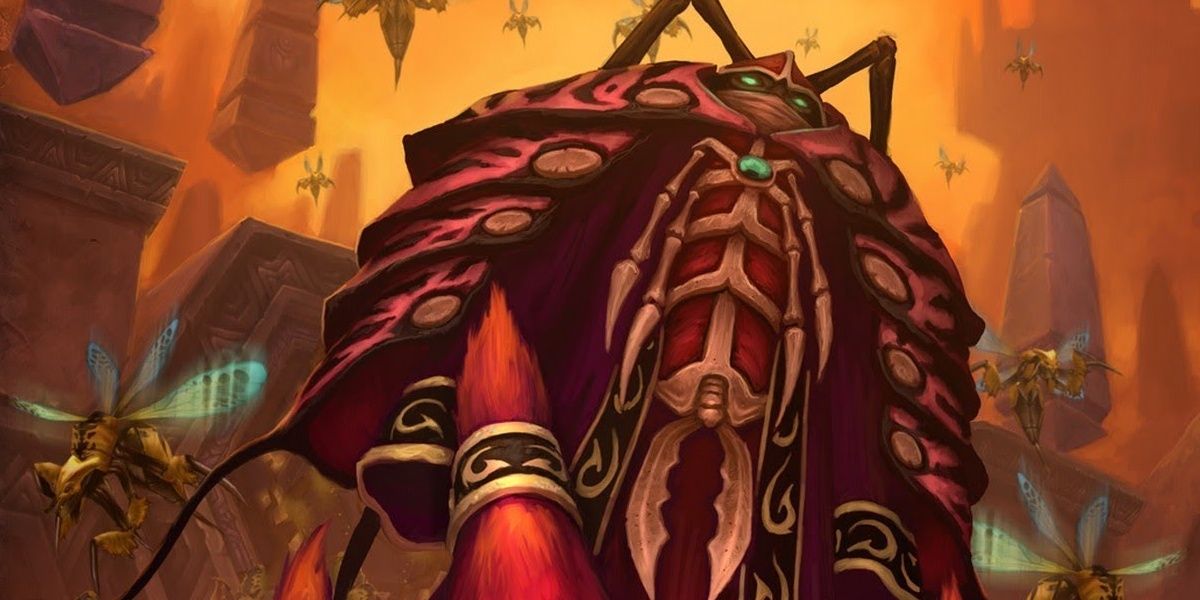 This option is only available once the raid is accessible in Phase 6. The geysers aren’t as dramatic as they sound. They don’t spew water, fire, or rocks but give the player an orange aura called Silithyst, which in turn gives the player some Cenarion Circle rep and a buff that improves their damage rate for 30 minutes.

This is one of the easiest and most convenient ways to grind rep if you cant run the raid. 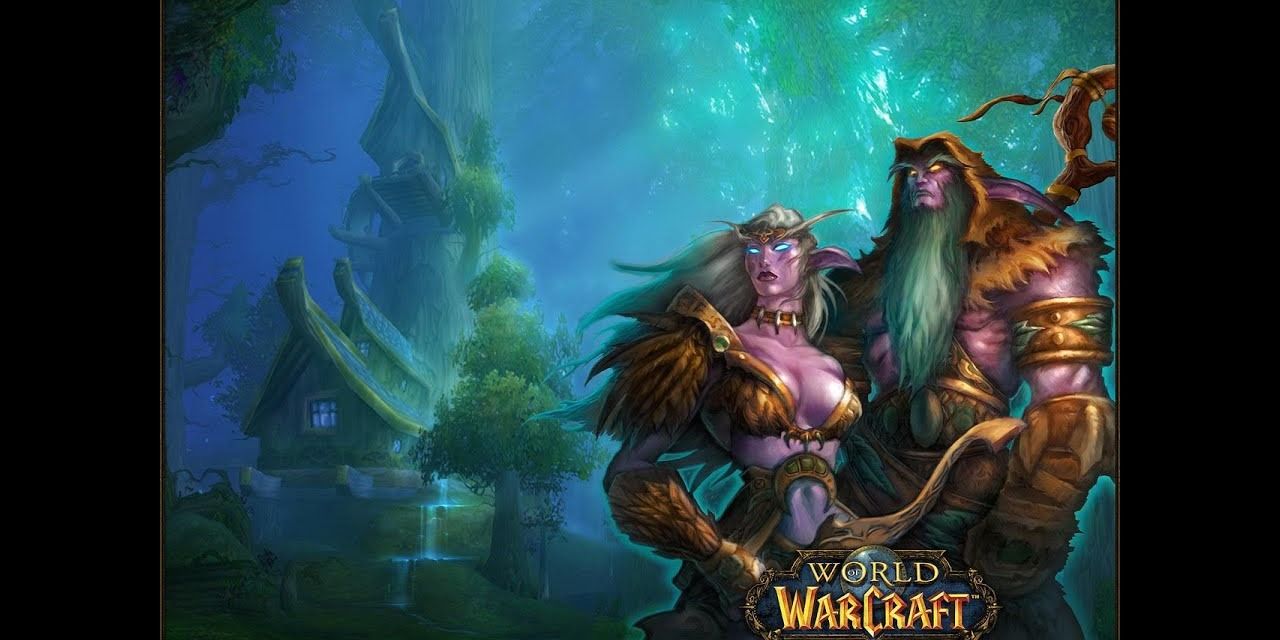 A player doesn’t have to be a Druid to visit Moonglade at an early level, but they do have to be a higher level to get through the Furbolg hold located on the road that leads to it.

There are quests here for Dire Maul along with other places that are for all classes, not just Druids. Moonglade is accessible during certain holidays for lower-level ‘toons, so remember to grab your faction’s flight path if you get a chance to visit before level 45.

3 Give the Nightmare Engulfed Object to Keeper Remulos 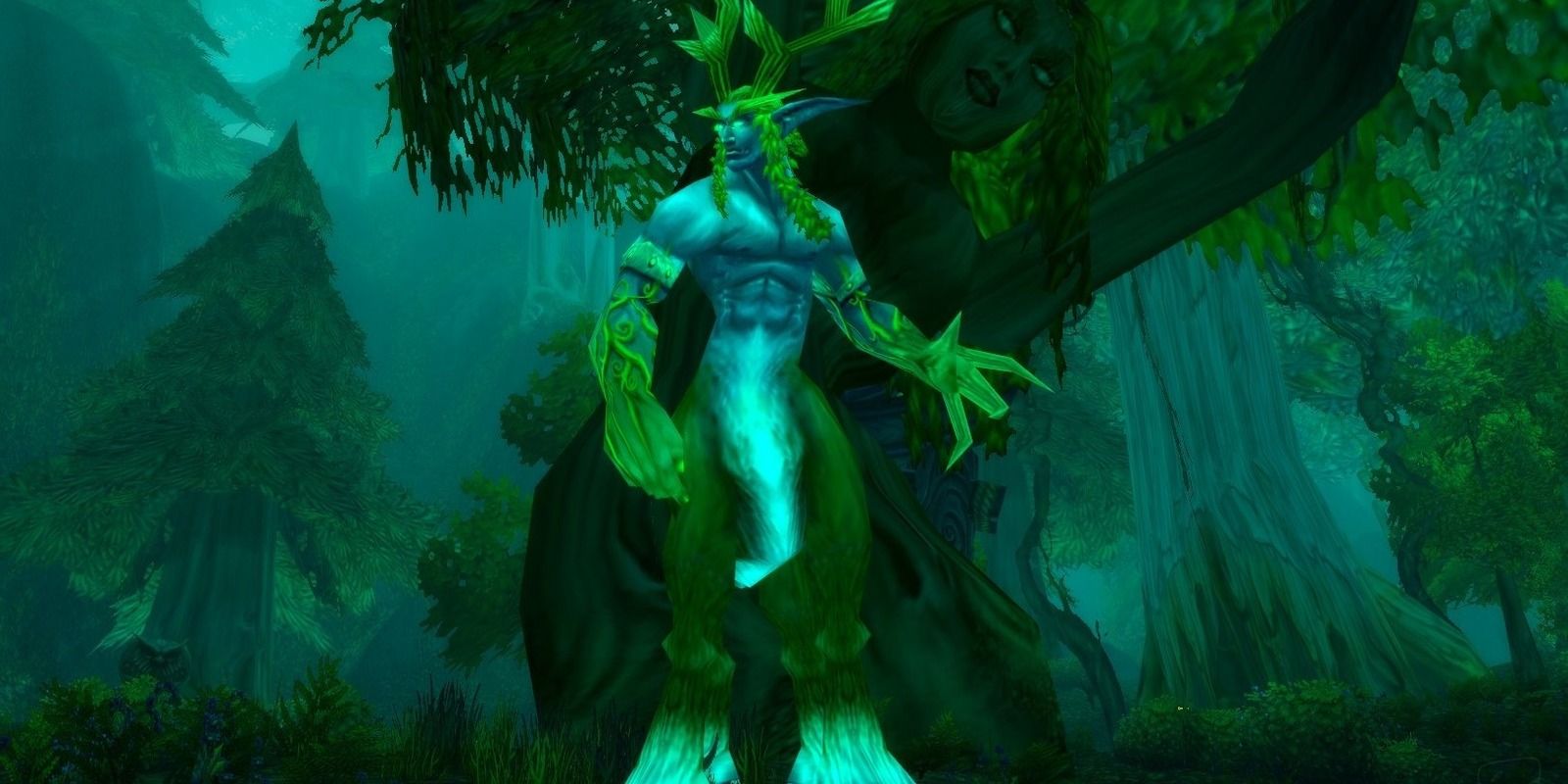 Put this quest on your ‘toon’s bucket list, as the only way you can complete it is to turn in a rare drop, but not something from the usual dungeon or raid boss. There are four corrupted dragon aspects roaming mindlessly through remote zones of Azeroth, corrupted by a taint in the Emerald Dream. If you manage to slay one of them they might drop a purple item called the Nightmare Engulfed Object.

Only one drops, so unless you killed Ysondre, Emeris, Lethon, or Tearar by yourself, you have to win a roll to get it. Turn it in for a nice quest reward and 500 rep with the Cenarion Circle. 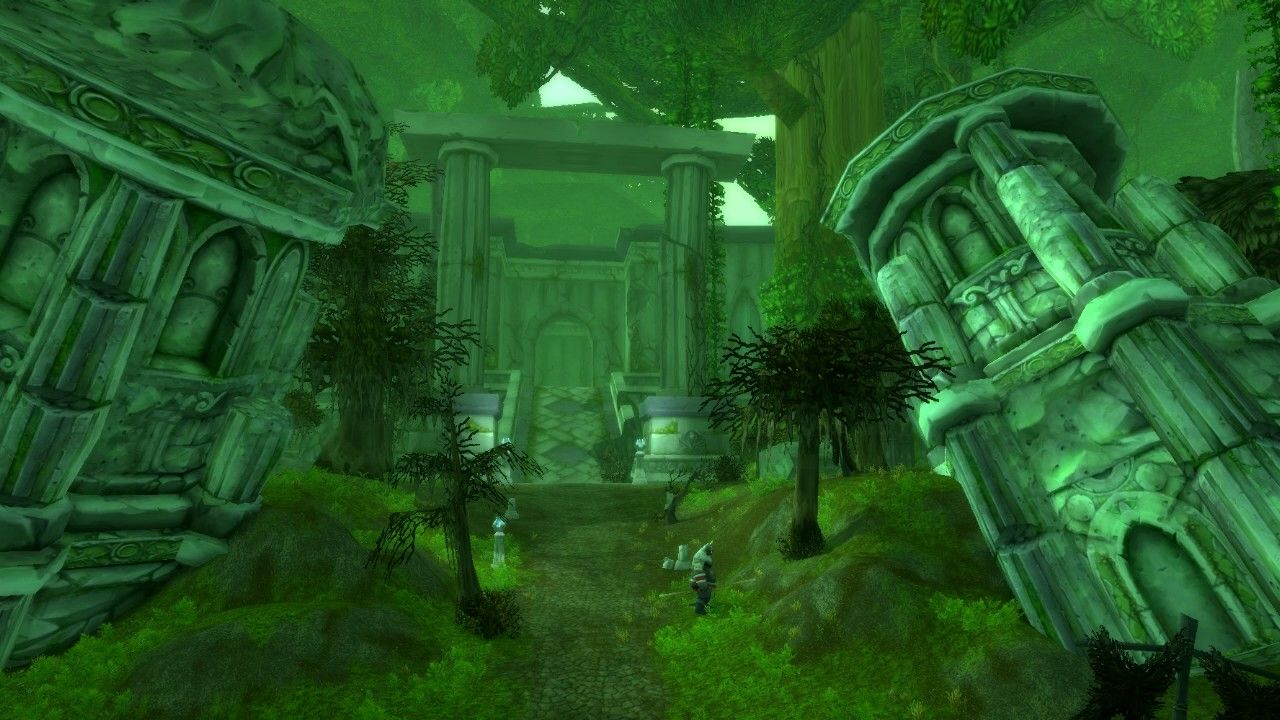 Blackfathom Depths and Dire Maul have some important historic features in common. They were formerly temples and cities of the Night Elves. They now lie in ruin, overrun by evil forces, and doing quests in these locations can help grind rep with the faction.

It’s demons and ogres that now inhabit Dire Maul, although the Night Elves hold out in an isolated location deep in the ruins. Visit Moonglade to start on a quest that leads to Dire Maul and the death of Alzzin the Windshaper. 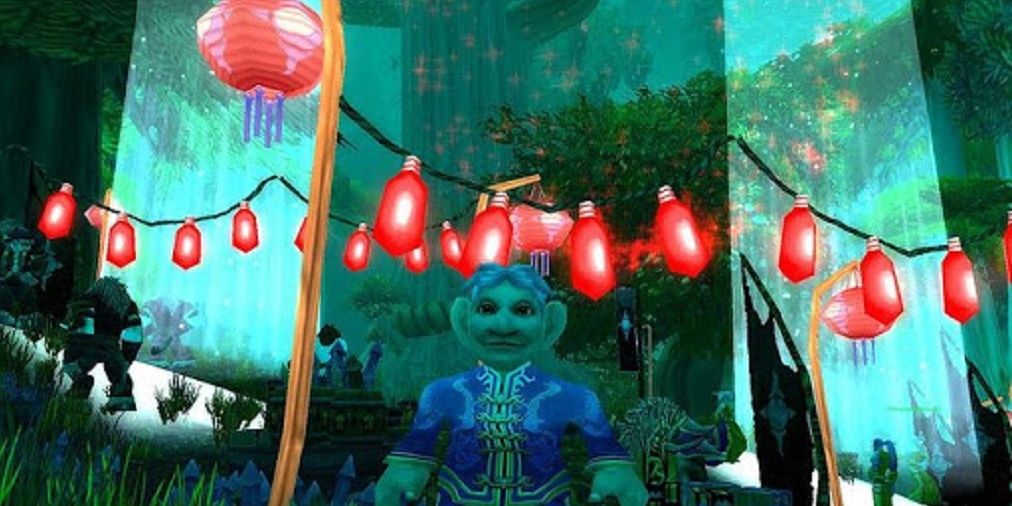 Like Moonglade, which is a neutral city where both Horde and Alliance players can mingle freely, this holiday welcomes revelers from either faction. It also provides a handy port to Moonglade if a ‘toon is too low level to pass through Feralas or Winterspring and get that elusive flight path.

The quests for this holiday reward Cenarion Circle rep, and if a player is a high enough level to join the raid that slays Omen, that means 100 reputation points. Not bad for some holiday fun under the fireworks.

NEXT: Classic WoW: 10 Weird Things You Find In Zul’Gurub & How To Use Them 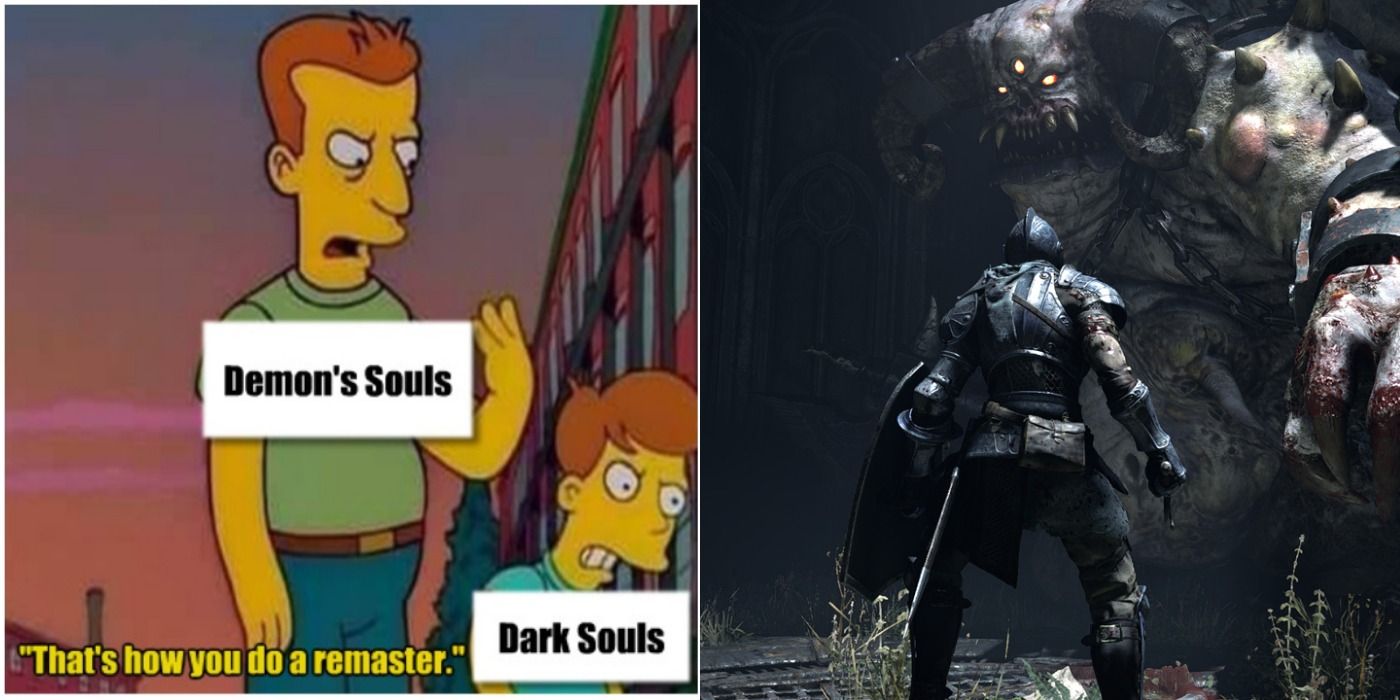 Kristy Ambrose has been writing professionally since 2010. She dabbles in various genres and creates everything from short blog posts to serialized novels. Her inspiration comes from gamers, beachcombers, foodies and of course her fellow travelers. She holds a Bachelor of Arts in English literature from the University of Victoria.