COD Black Ops & Warzone: How To Unlock The Nail Gun

Season Four of Call of Duty: Warzone and Cold War is finally here, bringing with it a slew of interesting new tools for becoming the most lethal on the battlefield. From the MG 84 light machine gun to the forthcoming Mace melee weapon, there’s a ton of awesome gear waiting for the sweats to dive right back in.

None, however, seem as tantalizing or extraordinary as the actual power tool itself: the pressurized projectile-spewing Nail Gun. Let’s unravel all the ways you can unlock this special weapon in Cold War and have it ready for use as one of the most interesting new additions to your SMG arsenal when hot-dropping into either Verdansk or Rebirth Island.

How To Unlock The Nail Gun 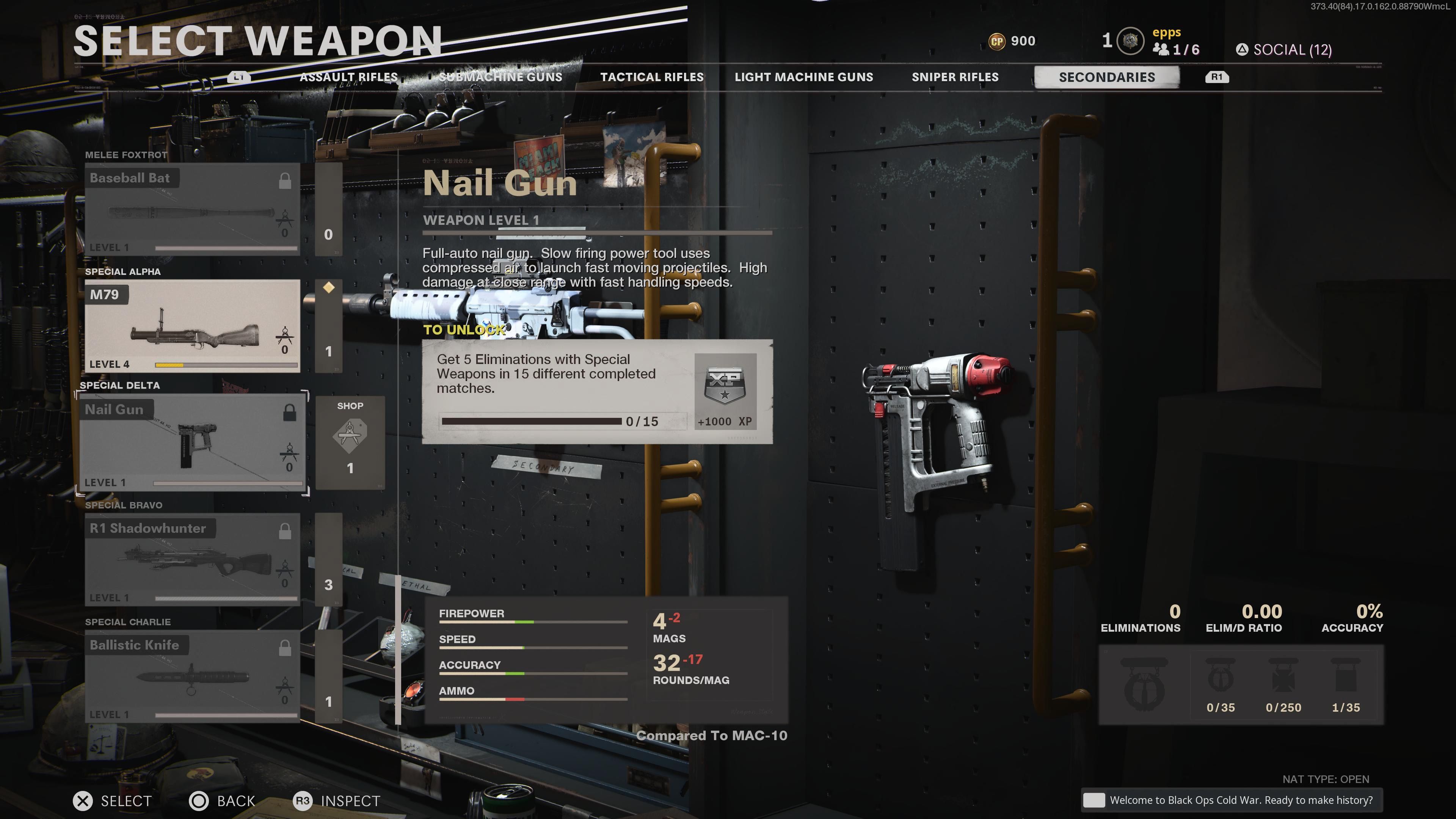 Much like the Amp 63 pistol and most of the newly-added weapons in Black Ops Cold War, there are two primary challenges for acquiring the Nail Gun:

• Get five kills with special weapons in 15 varied multiplayer matches

• Get 25 undead kills in 12 completed regions of Outbreak

The multiplayer challenge can take about two hours or so to complete, whereas, in the Outbreak one, it is possible to finish four of the worlds (or difficulty levels) with 25 kills in about the same timeframe. The multiplayer challenge tends to be easier and less time-consuming, but it’s all up to how you like to play and where you feel most comfortable.

It can definitely get a bit frustrating when you are not quite getting that fifth kill before the match ends, so it is recommended to stick to the M79 for either challenge, as it will be the least stressful of the bunch. Just be careful not to blow yourself up in the process of getting those five or 25 kills. 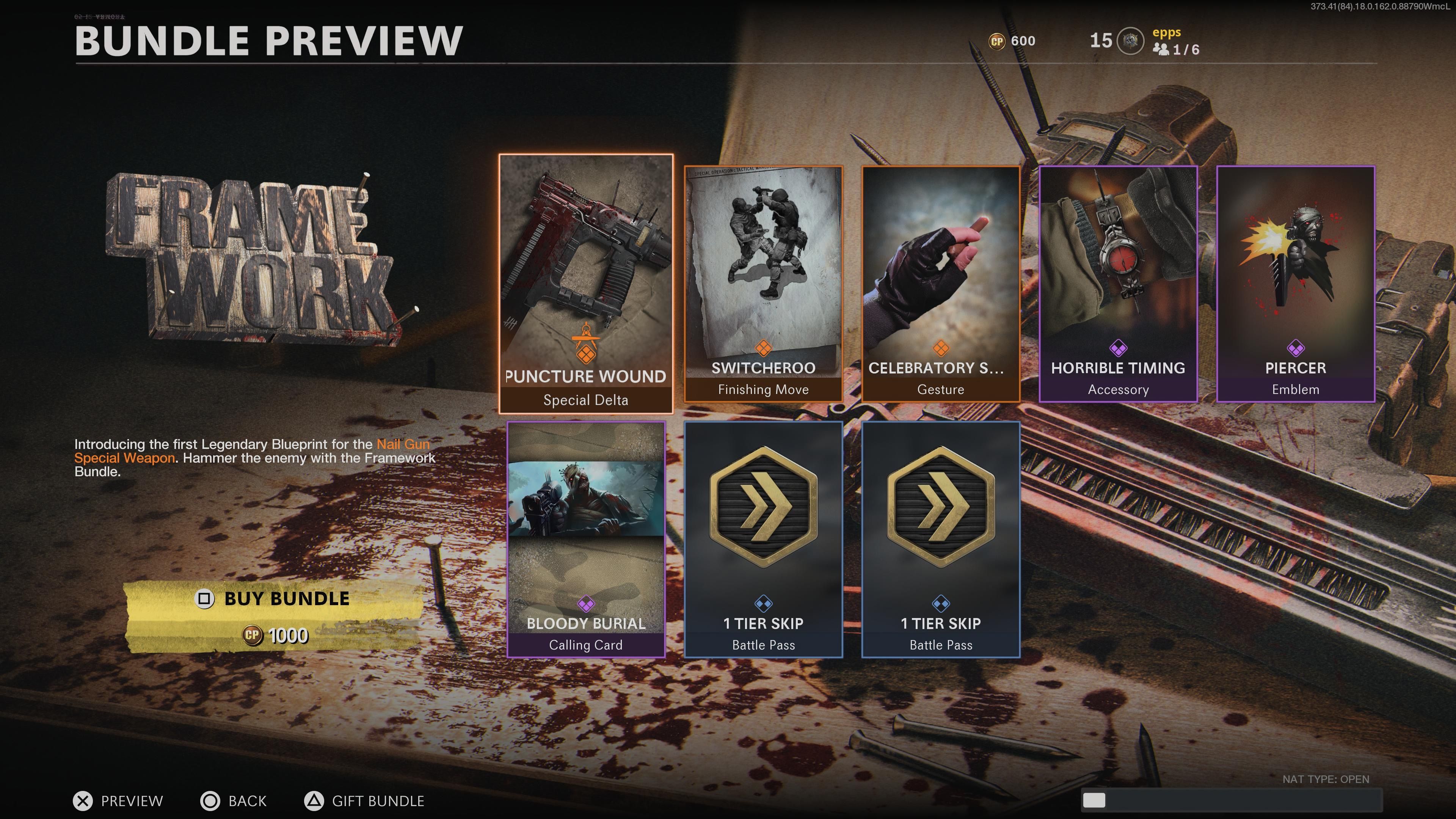 You could also even completely bypass the challenges altogether by way of shelling out 1000 COD points, or the equivalent of about $10, for the Frame Work bundle in the Call of Duty store, shown above. Within this bundle is the gold Puncture Wound Blueprint, which is a variant of the Nail Gun with blood all over the front and a few nails pockmarking the backside.

This is definitely a sweet-looking weapon of choice for those Nail Gun enthusiasts out there. However, remember that without the weapon officially unlocked, you won’t be able to level it up. 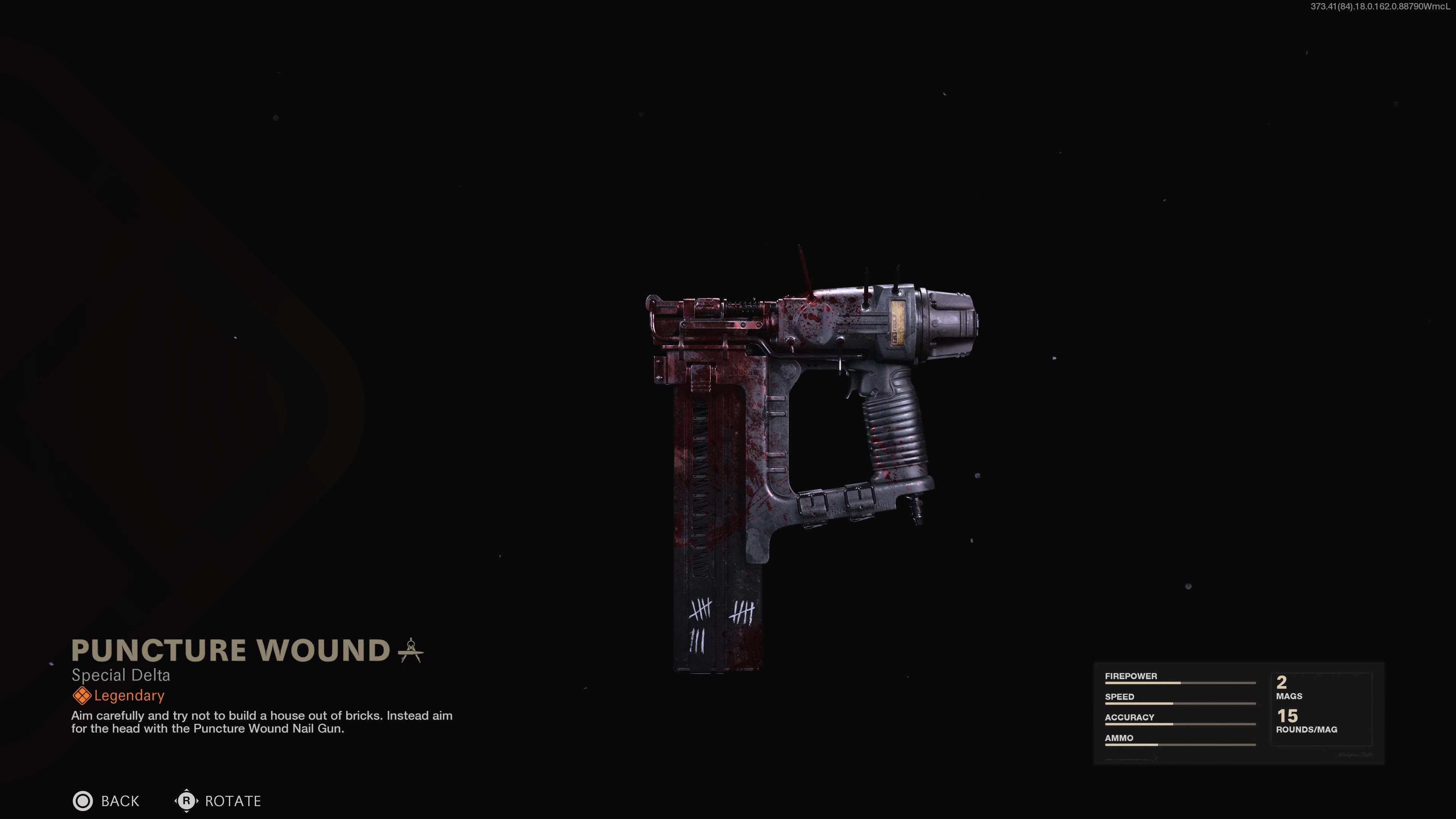 As far as stats go, the Nail Gun works as a Special weapon in Cold War and an SMG in Warzone. It’s got two mags of 15 rounds and a serious close-range kick to it, taking down enemies with at least 2-3 shots under about 20m, but it has a very odd rate of fire.

Added to the fact that there is no scope or sights available, or any upgrades at all for that matter, you’re stuck with a lot of guesswork on where best to land your shots and don’t have any additional support for the weapon’s stability. Overall, it’s definitely a gun SMG fans will appreciate, but not everyone will value as much as the LC-10 or the Modern Warfare MP5. 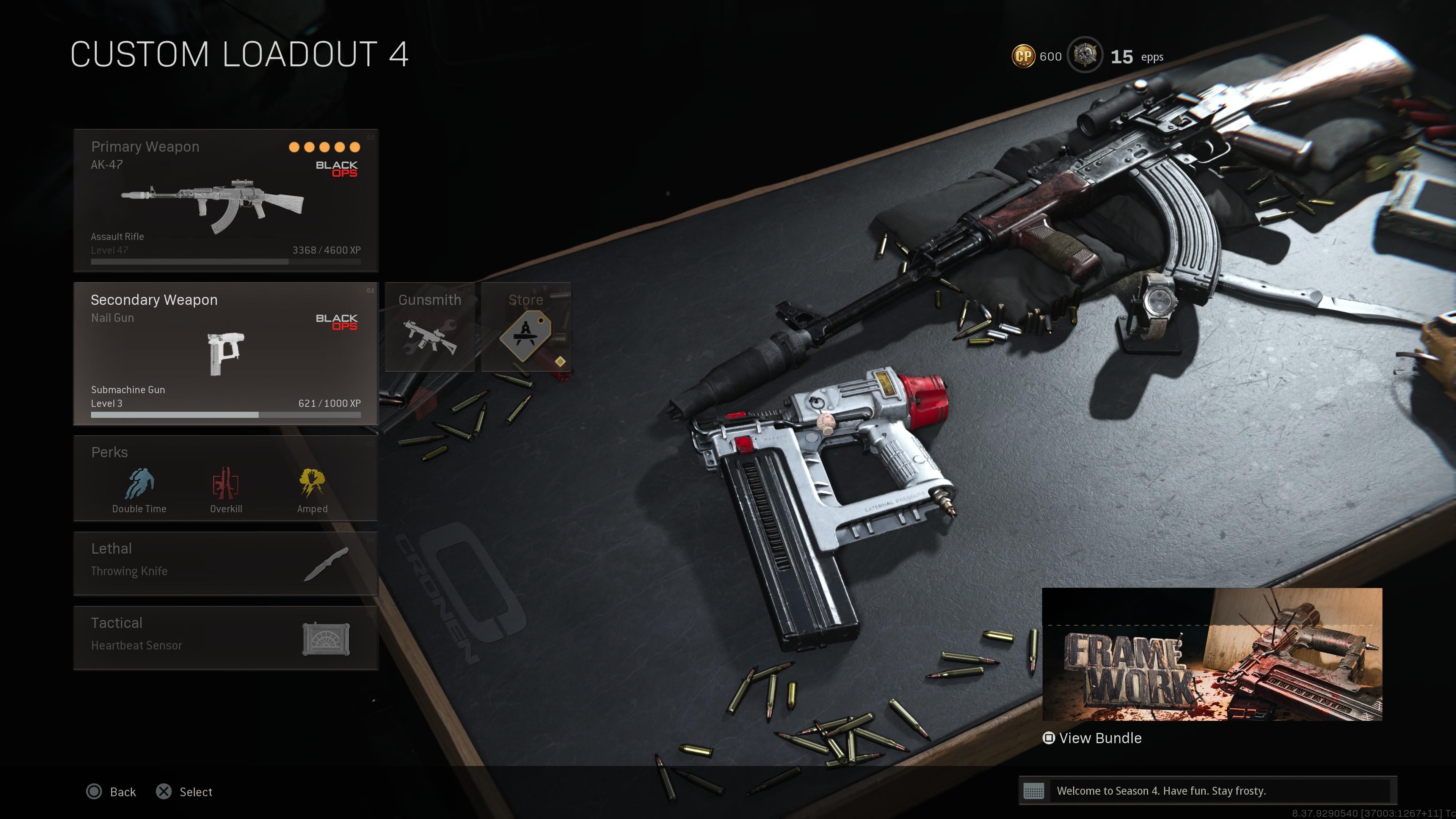 The Nail Gun would do nicely when paired up alongside almost anything that has long-range viability, allowing you something strong for your close-quarters encounters. You could pair this up with any of those among the best Season 3 weapons, including the AMAX, Kar98k, or even the PKM.

You might want to give this a shot with the newly beloved Cold War Ak-47, specifically one kitted out for long-range bouts, as the Nail Gun works best in tight spaces, like interiors.