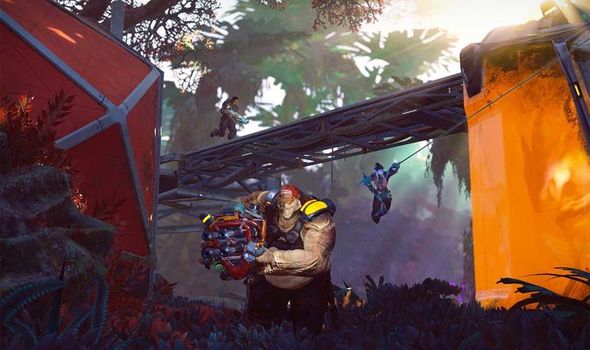 As confirmed earlier this month, Amazon’s next gaming project is called Crucible and has a release date set for today, May 20, 2020. For those who might have missed its announcement, Crucible is a team shooter that will be available to download this week from Steam. “Crucible is a team-based action shooter driven by the choices you make,” the official game description explains.

“Each match in Crucible is a fight for survival and control. Not only will you be going toe-to-toe with your fellow competitors, but you’ll have to adapt and overcome all the challenges the planet itself throws your way.

“You and your teammates will need to work together to take down alien creatures, capture objectives, and pursue your opponents in search of victory.”

Crucible will be taking on the likes of Hunt Showdown, Valorant, CS:GO and Overwatch but it also sounds like it will have plenty of PvE thrown in too.

The big difference is that Crucible will be free-to-play, meaning there could be a lot of interest in it when it does arrive today.

Amazon has confirmed that the Crucible release time has been set for 12pm PT, on Wednesday, May 20, 2020.

This means that the new game from Amazon will be available to download and play from 8pm GMT in the UK.

And with it being F2P, there’s a chance that the Steam servers could come under some extra strain during this time.

Most big online game launches get hit by some issues, so gamers should be prepared for queues on launch day.

As confirmed by Amazon earlier this year, Crucible will feature 10 hunters with unique abilities.

So gamers should be able to find something that suits their playstyle. A list of game modes for Crucible can be found below:

HEART OF THE HIVES

Hives are lethal drone-spitting terrors that spawn across the battlefield. Capturing the hearts they leave behind as they die is your key to victory. Each match is a four-on-four fight to be the first team to capture three hearts.

There are no safety nets in Alpha Hunters: once you fall in combat, that’s it. Eight teams of two fight to be the last team—or solo hunter—standing. If your teammate dies, you can form a temporary alliance with another hunter, but that temporary truce will be broken if both of you make it to the final three.

Essence harvesters are scattered across Crucible’s surface. Each one you control generates Essence points for your eight-player team. Each harvester your enemies hold will cancel out your own. You’ll need to control a majority of harvesters in order to rack up any Essence—the more, the better. You can also take out enemy hunters for points. The first team to 100 points wins!

Crucible will be available to download today from Steam, with no console launch on PS4 and Xbox One currently planned for this month.