Mirage is one of the maps in Counter-Strike: Global Offensive which requires a lot of practice to get used to it. This is especially true if you are playing on T-side and want to rush to either A or B Bomb Site, as you will have to plan your rush accordingly.

Smoke Grenades are a crucial part of the game. They help you block the sight of enemies peeking at a certain angle, and allow you and your teammates to pass through freely. This guide will provide you with the best and most consistent smoke spots in Mirage.

How To Set Up A Smoke Spots Practice Map 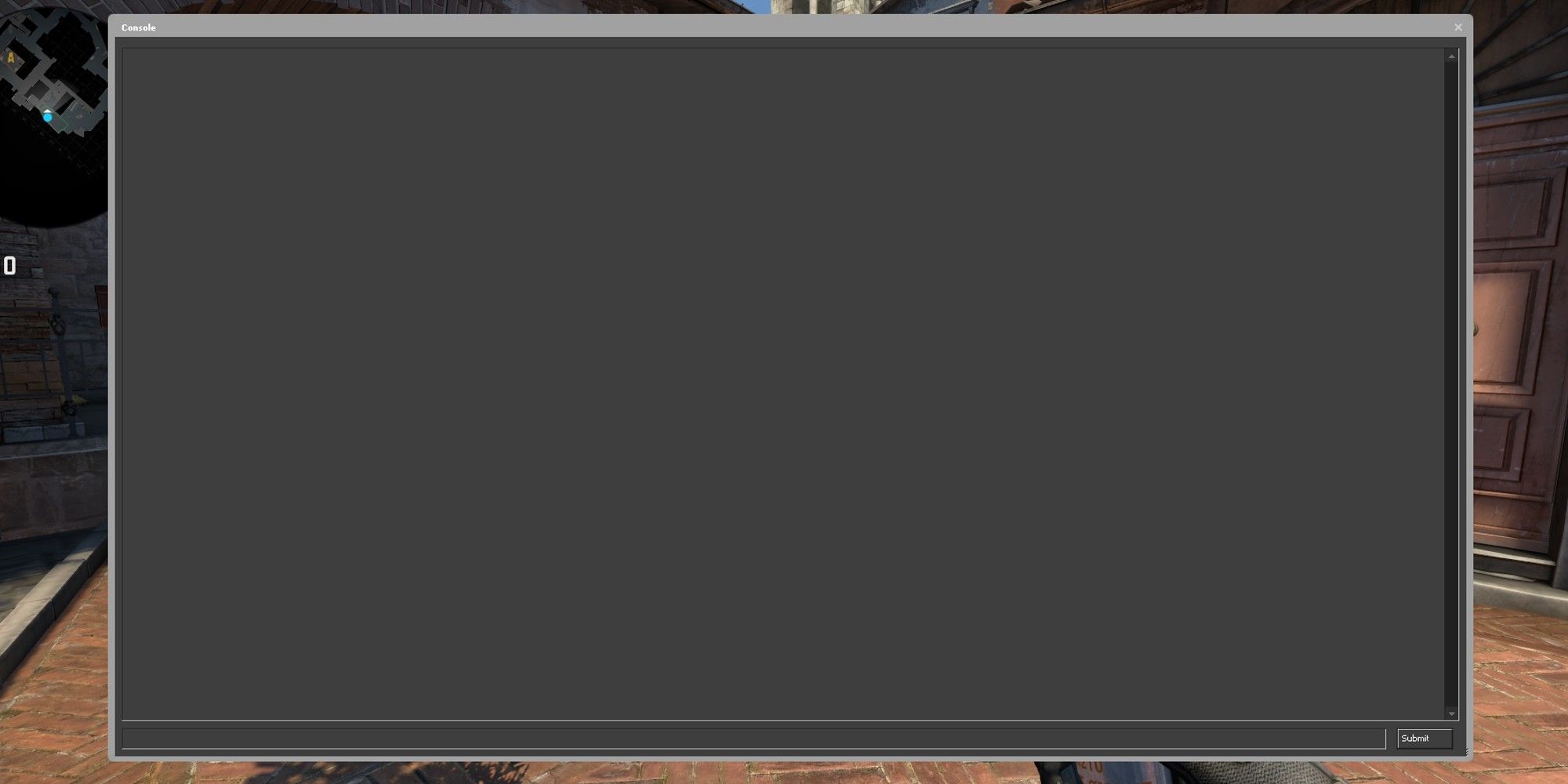 First and foremost, you'll want to set up the map where you want to practice the Smoke spots. This requires you to make use of the Developer Console, where you can enter essential commands.

Go to the Settings menu and enable the Developer Console from the Game Tab. Once it is enabled, enter the following commands:

Now that you have entered the required commands in the game console, you can start practicing the essential Smoke spots on Mirage. 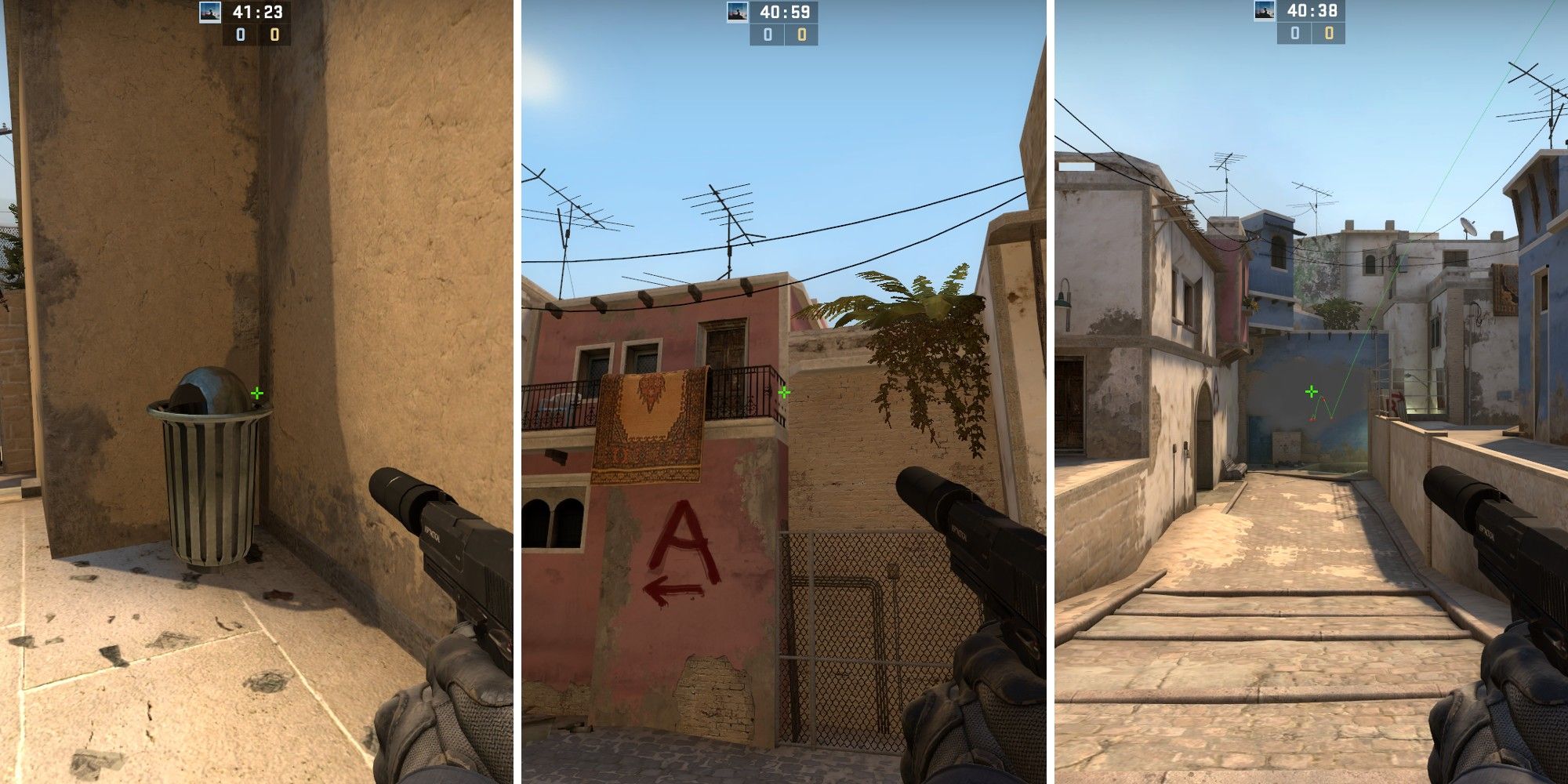 Stand in the corner, on top of the garbage can. Aim at the wall below the top of the grill, as you can see in the picture.

Pull back the Smoke Grenade and walk forward. As you are about to fall from the garbage can press the Jump Throw button.

It will land in the Sniper Nest, allowing you to push B Short from Catwalk by blocking the view of the enemy in the nest. 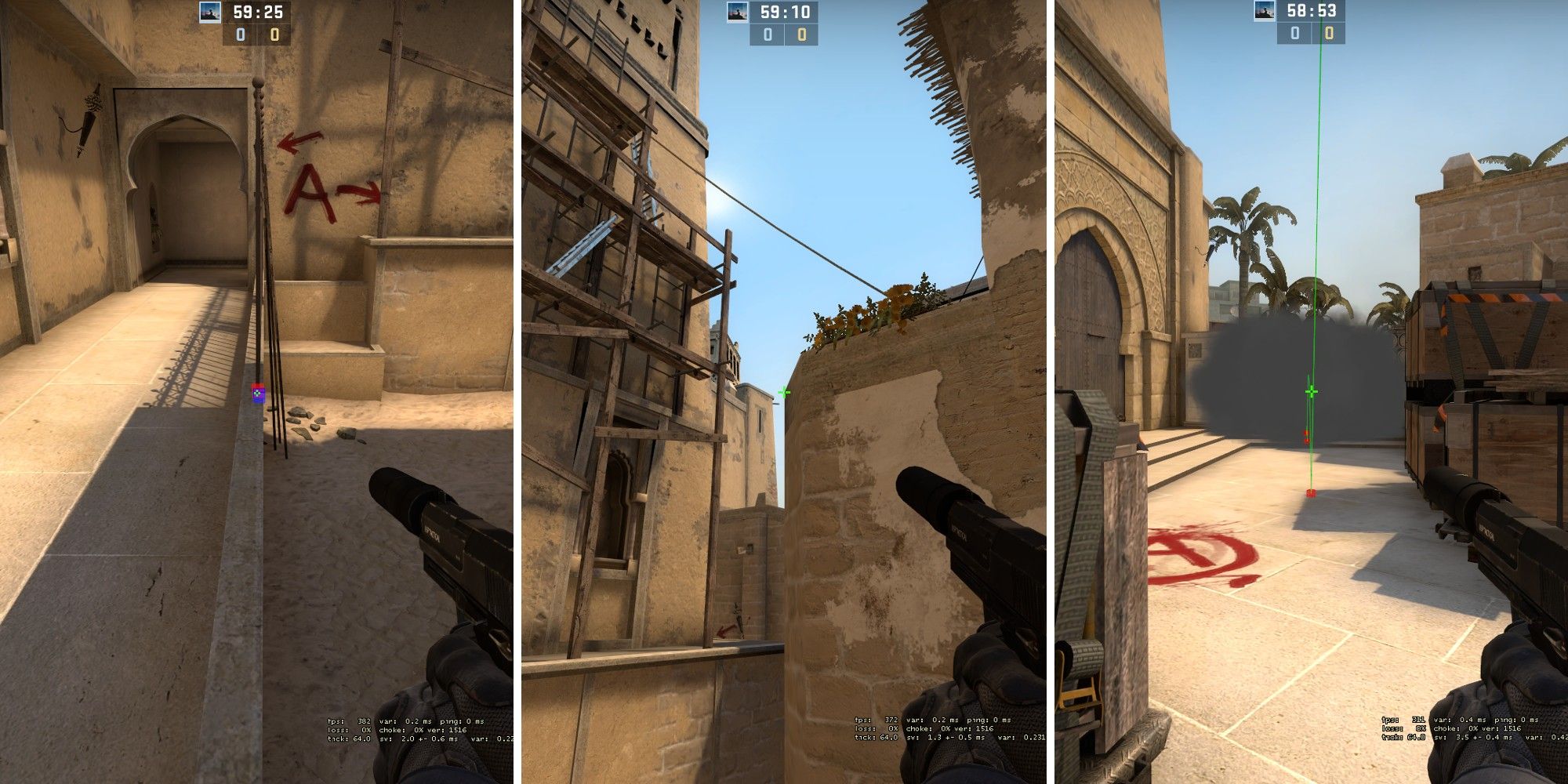 Stand on the outer edge of the metal fence and aim at the corner of the wall, as shown in the picture.

Pull back the Smoke Grenade and press the Jump Throw button to throw the Smoke towards the A Site, blocking the view of the enemies in CT Spawn. 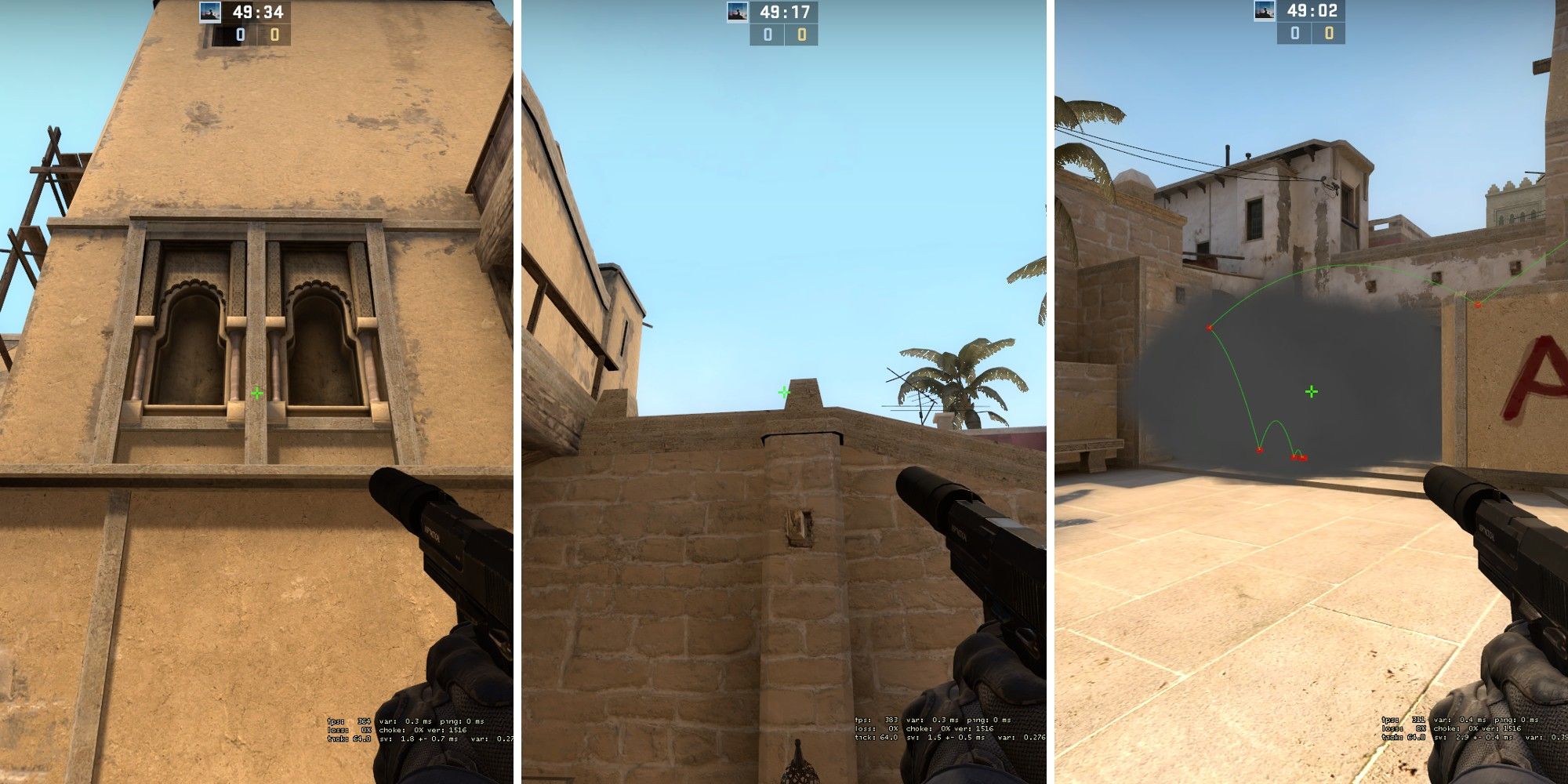 Throw the Smoke. It will land beside the Stairs and prevent the enemy standing in Jungle from picking you off.

T Spawn To A Stairs 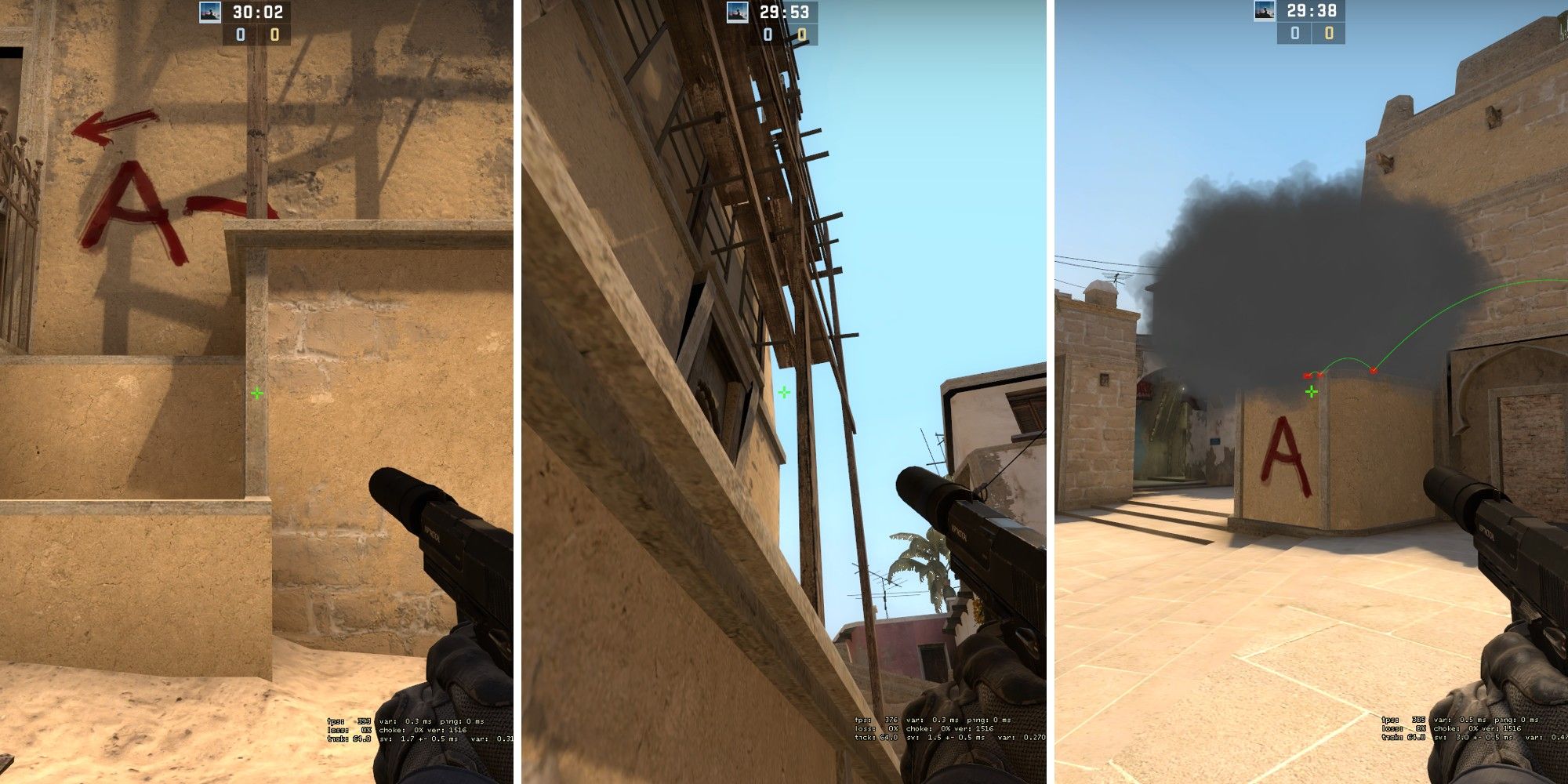 Place yourself on the stairs near the fence and look up, towards the gap between the left wall and the wooden bar.

Throw the Smoke, which will land directly on the Stairs at A Site. This Smoke will save your teammates pushing from the Palace from getting killed by the enemies standing on the Stairs.

Back Alley To B Site Window (Jump Throw) 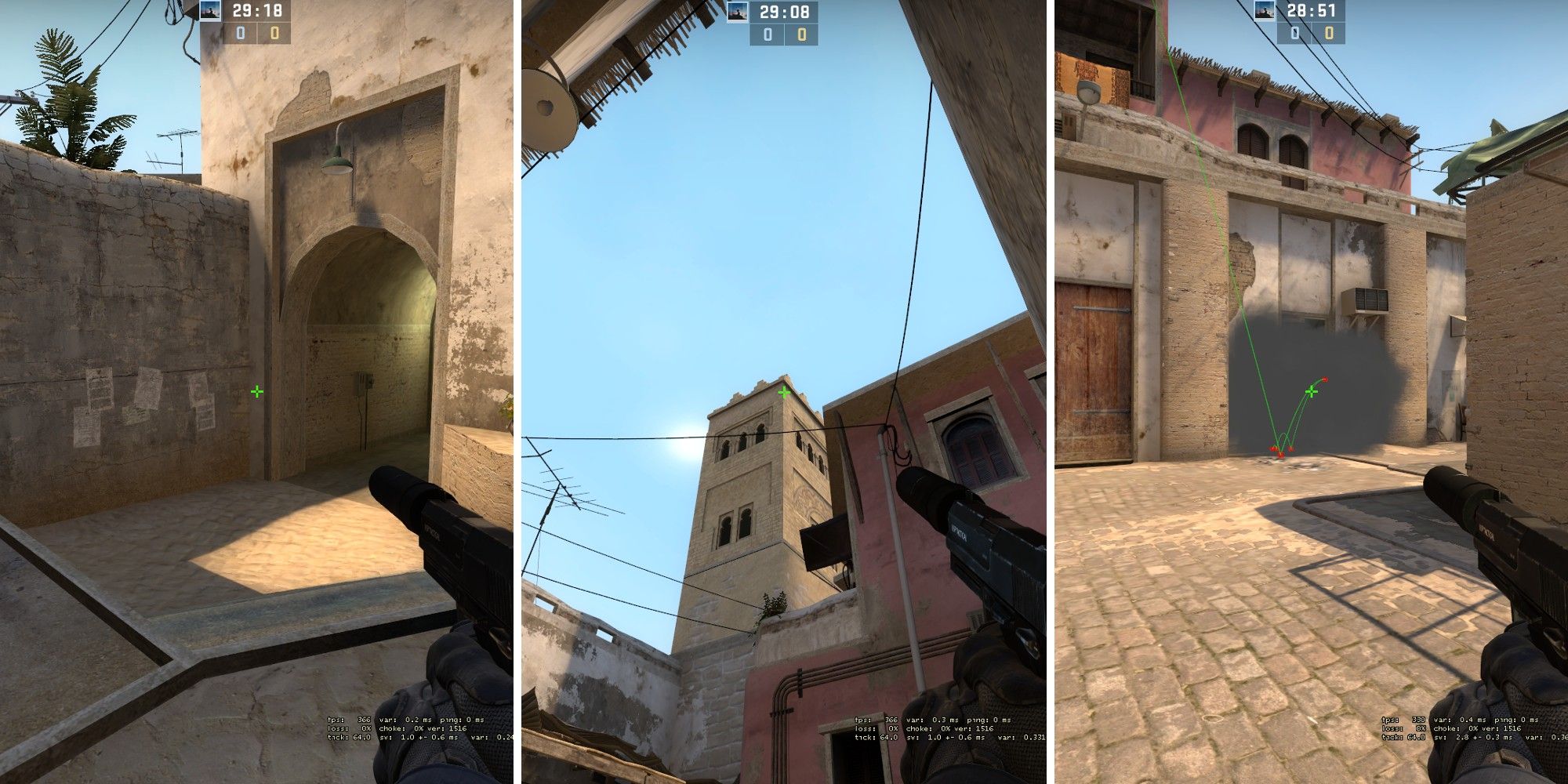 Stand in the corner wall of the Back Alley. Look at the corner line and place your crosshair just under the top of the tower, as shown in the picture above.

Perform a Jump Throw so that the Smoke lands perfectly inside the Market from the Window.

Back Alley To B Site Door (Jump Throw) 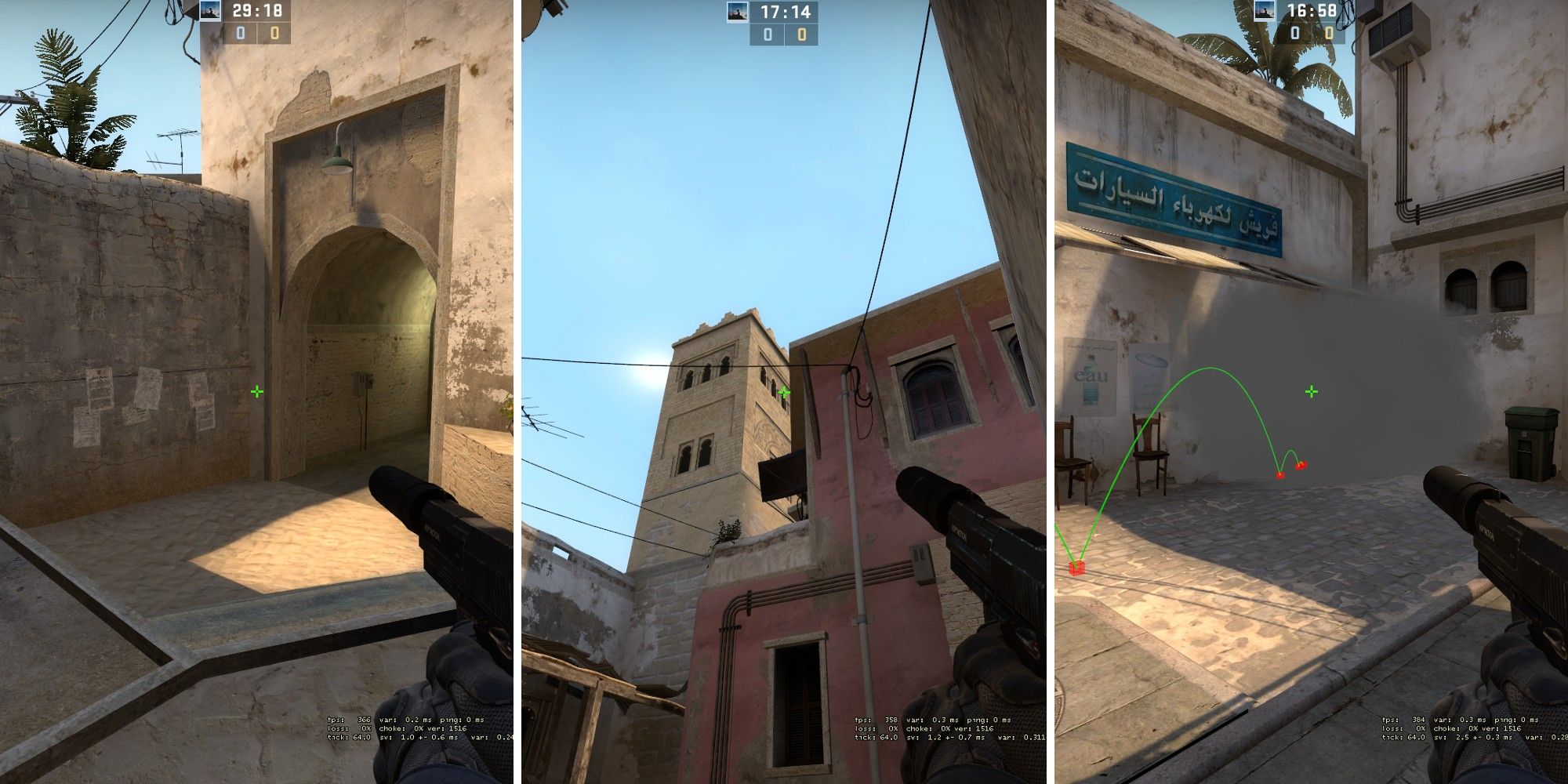 Stand in the same position as the previous smoke spot, and this time aim towards the top of the right-most window of the tower.

Jump Throw the Smoke, and it will land directly at Market Door. 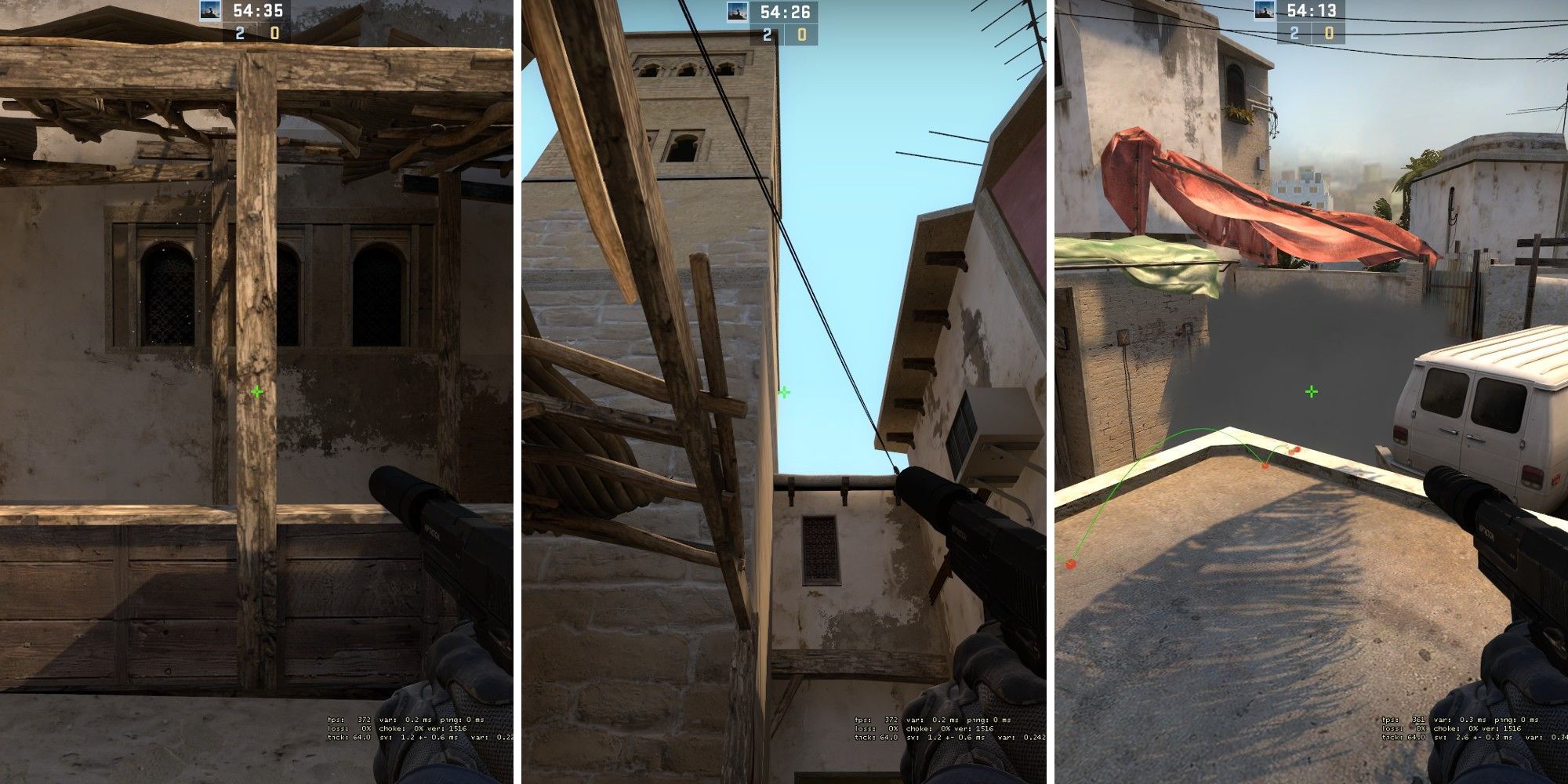 Stand next to the wooden bar of the Underpass. Look at the edge of the roof of the left wall and move your crosshair slightly to the right, as shown above.

Throw the Smoke Grenade, and it will land right in front of the Bench next to the Van. Any enemies who are defending B Apartments will have their view blocked by the Smoke.

Back Alley To Arches 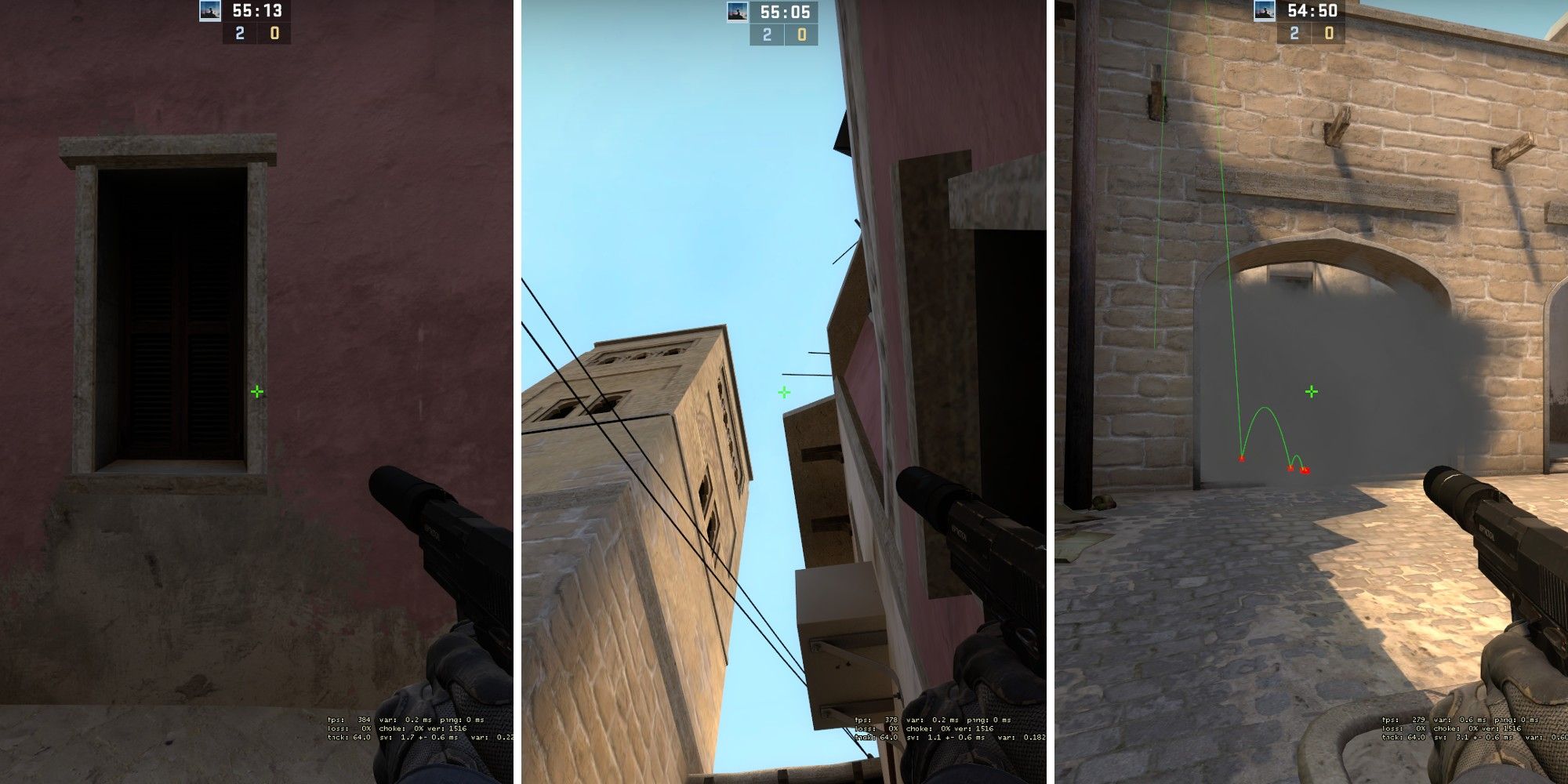 Place yourself next to the right side of the window on the red wall. Look straight up and move your crosshair to the middle of the rod and the edge of the roof.

Throw the Smoke. It will land on the Arches of B Short and prevent the enemy from picking you or your teammates out.

Back Alley To B Short 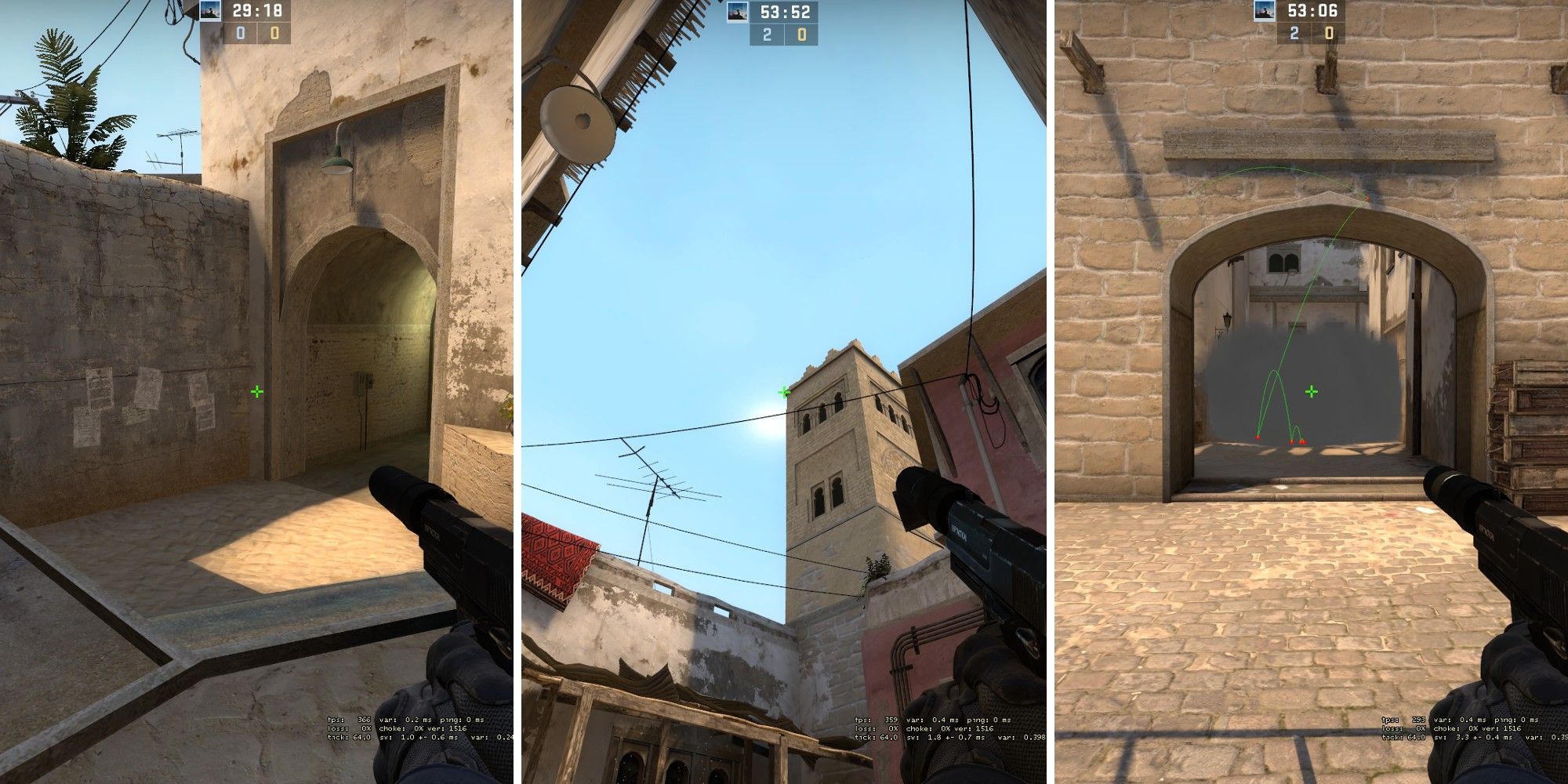 Stand in the corner of the Back Alley wall and aim at the left outer edge of the tower top.

Throw the Smoke at the ground. It will land on B Short and provide you easy access to the site, when combined with the previous three smoke spots. 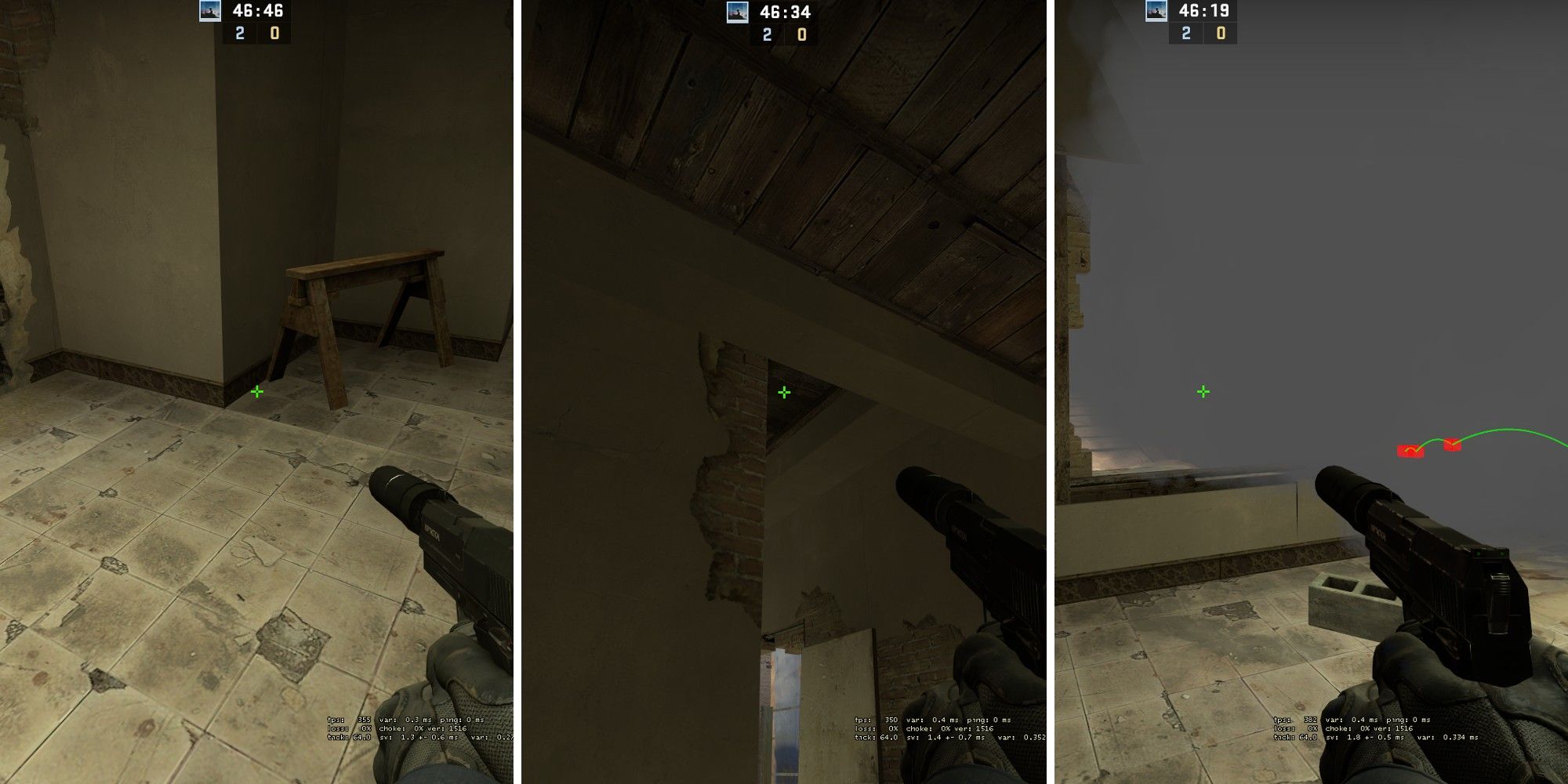 Stand next to the wooden barrier and the wall in the Sniper Nest. Aim at the roof and look for a spot, as you can see above.

Throw the Smoke and it will land on the wall, providing you with a gap on the left side from where you can peek at the enemies pushing from Top Mid. The person pushing from Catwalk and Top Mid will not be able to spot you through the gap.

A Site To A Ramp 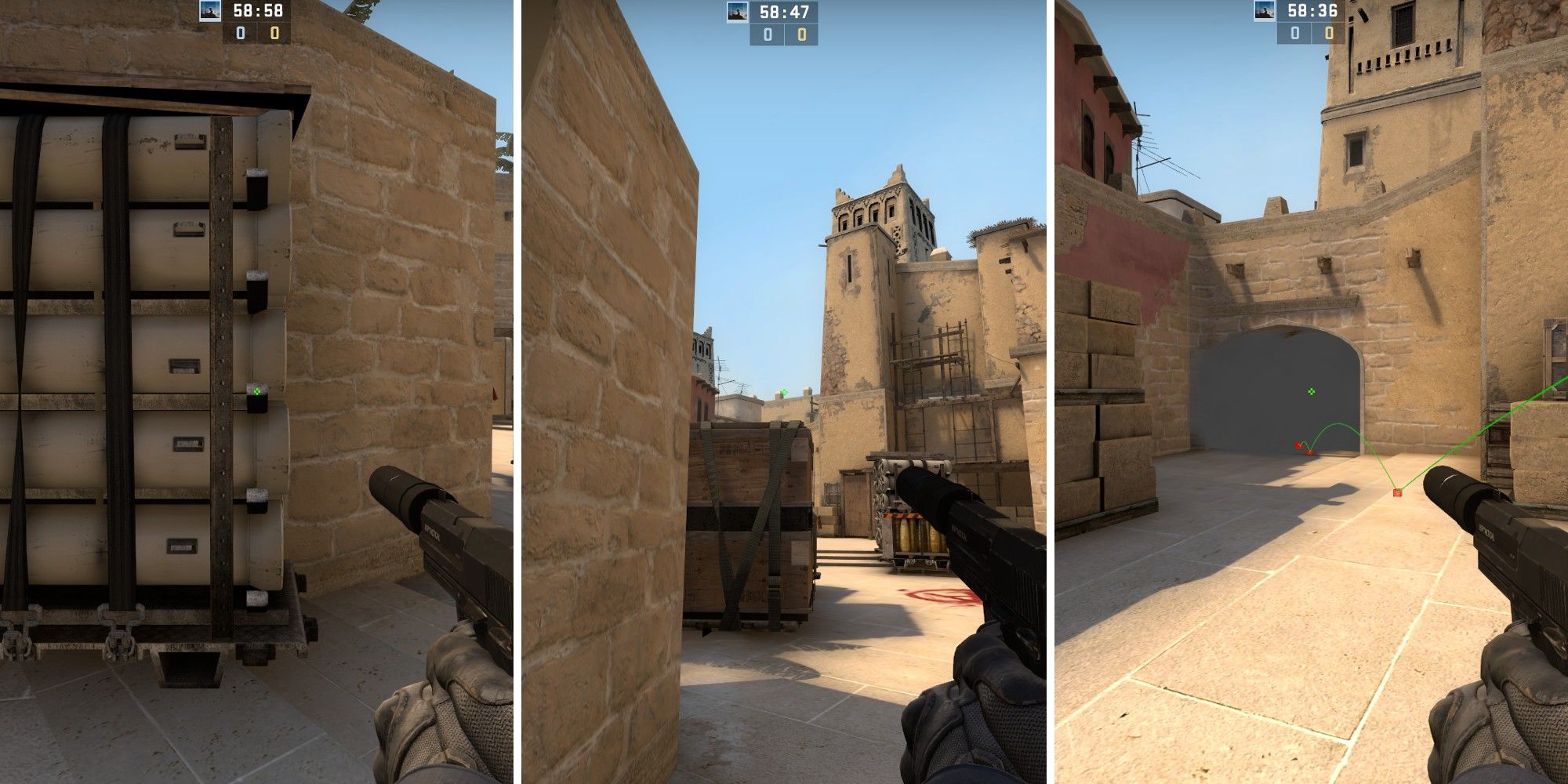 As you reach the A Site from CT Spawn, there is a stack of white cylinders on your left. Stand on the right side of the stack, and look towards the left ridge on the A Ramp wall.

Move your crosshair slightly to the right and throw the grenade. It will block the A Ramp and prevent enemies from pushing A Site.

Market Door To B Apartments 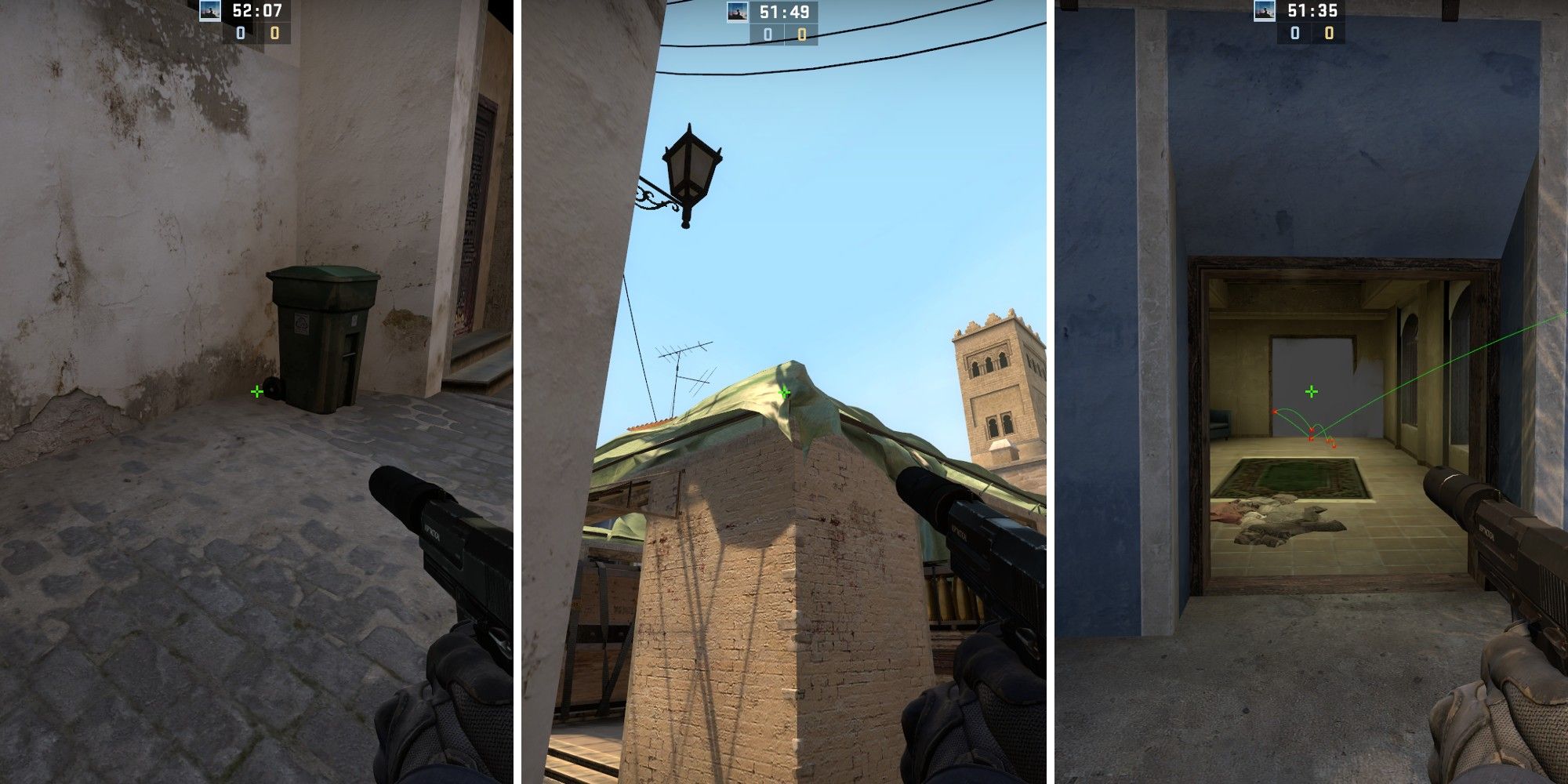 Stand next to the garbage can and look at the corner of the wall where the dot is. Move your crosshair slightly to the left and throw the Smoke Grenade.

It will smoke the B Apartments and prevent enemies from rushing the site.

These are all the best smoke spots to learn and use on Mirage in CS:GO.