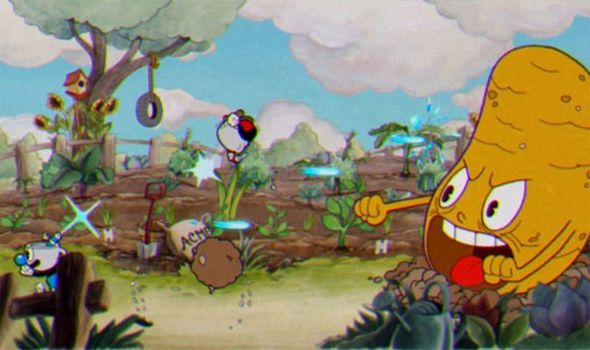 Another big game release could be coming to the PS4 and the PlayStation Store in the coming weeks, and could prove the next PSN indie hit. And while it’s been available on many other platforms, it looks like Cuphead is coming to PS4 very soon. Reports have been coming in of the game being spotted on the PSN across multiple international stores.

No one has been able to access the official Cuphead PlayStation page and have only seen an icon for the game on the PlayStation Store.

It should be noted that nothing official has been confirmed yet regarding the release of Cuphead on PS4, and this should all be taken with a big pinch of salt.

However, things are looking good for some kind of big announcement coming this week for indie gamers.

Geoff Keighley, creator of The Game Awards, has confirmed that something is being revealed this week as part of the Summer Game Fest.

This will happen at around 4pm BST in the UK and could mean another new game to check out during July or August.

“Tomorrow at 11 am ET / 8 am PT join me for a special update from one of our favorite indie game studios #SummerGameFest,” the message from Keighley adds.

Plenty of big news has been shared via the Summer Game Fest event so it wouldn’t be surprising to learn more announcements are being made this week.

For those who might not have played Cuphead yet, it’s described by developers Studio MDHR as a classic run and gun action game, which is heavily focused on boss battles.

It’s also heavily Inspired by cartoons of the 1930s with the visuals and audio created with the same techniques of the era.

Gamers who pick it up can choose to play as either Cuphead or Mugman in single player or local co-op.

A full game description can be found below:

PS5 And Xbox Series X's Prices Are Still A Mystery, But It's Not As Weird As You Think

Epic debuts 1984-inspired short in Fortnite, a direct attack on Apple
We and our partners use cookies on this site to improve our service, perform analytics, personalize advertising, measure advertising performance, and remember website preferences.Ok