If you wanted to throw knives in Cyberpunk 2077, you’re going to be disappointed to find out that the mechanic of doing so is not in a good place. Either by glitch or by design, throwing an upgraded knife actually deletes the knife after it lands, leaving you with common daggers that don’t do nearly enough damage even after using all of your skill points to beef them up.

The feeling of throwing a legendary knife that disappears forever has understandably left a bad taste in the mouths of gamers all over. It can lead to dismissing the entire stealth tree. That is a mistake; some of the very best skills in the game are here. Trying to blast your way through Night City is going to leave V flatlined more often than not. So let’s avoid all of those nasty throwing knife skills and find the meaty stuff. With just a few well-placed skill points, you’ll become a force of darkness in the city of neon. 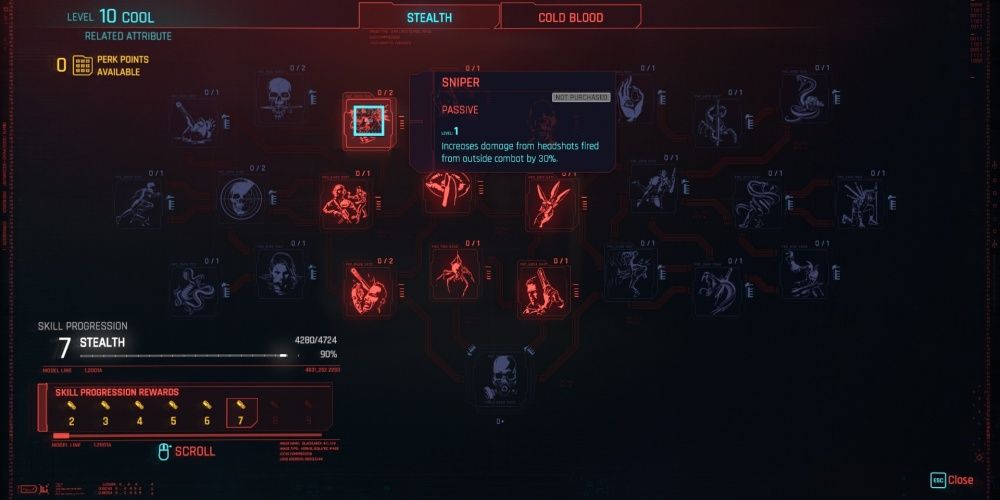 You’ll notice that most skills are heavily incremental. The game is alright with giving you a little 5% boost here or there, but it’s usually a modest quantity. That’s what makes this skill so special. As a stealth character, you will spend nearly all of your time outside of combat. And if you’re outside of combat, headshots are freebies. So this is essentially a 60% damage boost at the cost of only two skill points. 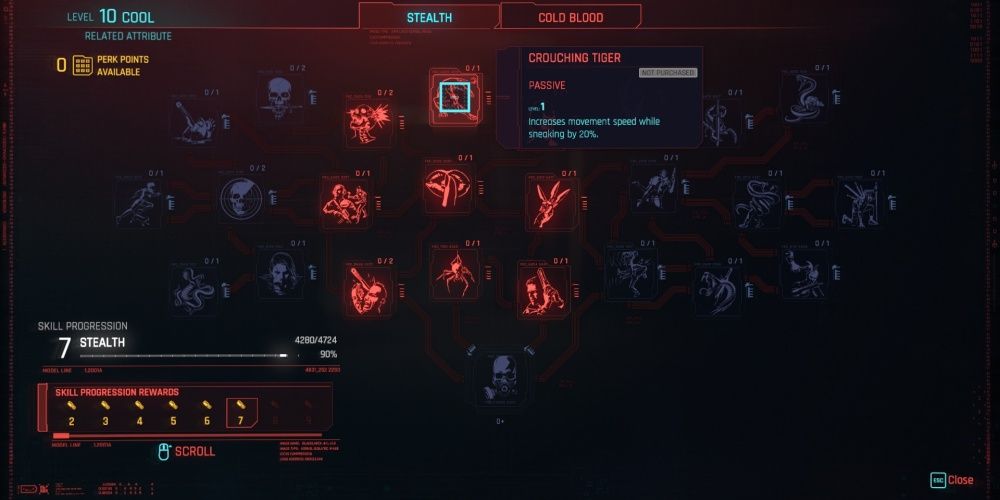 Wanting a boost to movement speed while sneaking around might sound like the whining of an impatient individual, but it’s actually got some combat functionality. Or rather, some functionality to avoid combat. On multiple occasions, you’ll be forced to dive behind cover when an enemy is patrolling briskly around. You don’t have five seconds to make your move, but you will have four. This skill will keep you protected from wandering eyes more often than you think.

Strike From The Shadows 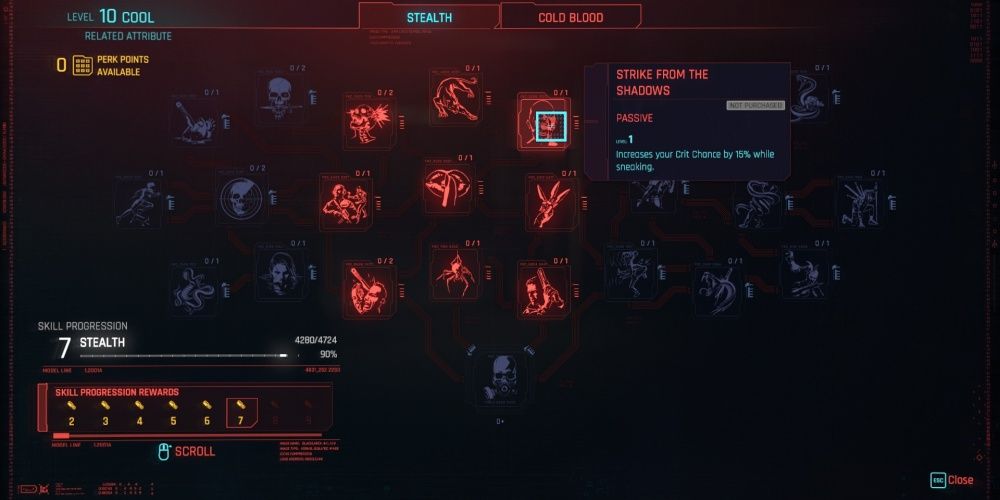 Crit chance is usually not useful for silenced sniper rifles because you will be getting one-hit kills for most of the game. But there is a massive exception to this rule and that is the boss fights. Cyberpsychos and high threat targets will take more than one shot. Your first shot can take away all but 10% of their HP if you get a crit, but a regular shot might leave them above 50%. Crit chance does not stack on items, so this one of very few ways to boost those odds further. 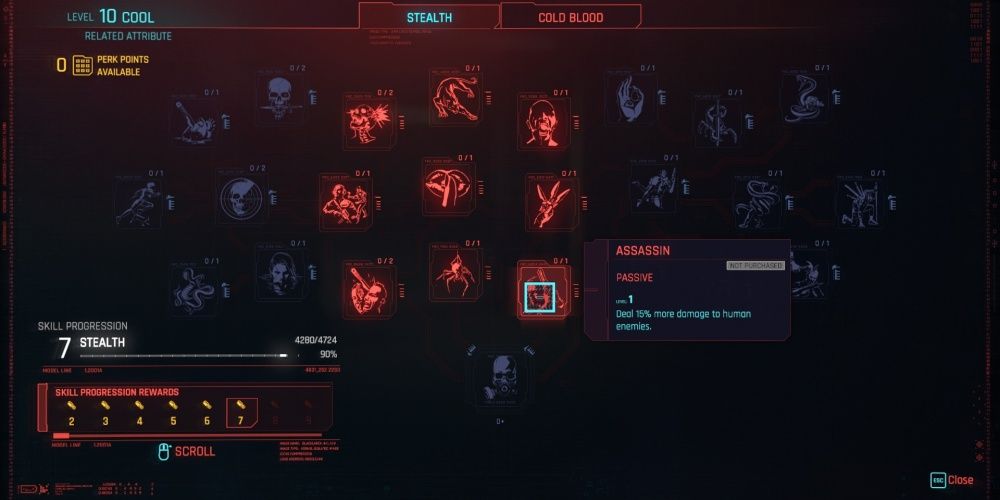 Considering you’ll be fighting humans for 90% of the game, this skill is a no-brainer. Also, consider that even if you only dip into hacking a little bit, you’ll be granted moves that can wipe out or significantly reduce the capabilities of all robotic enemies in a single hack. So this is really just a 15% damage increase against what really matters. 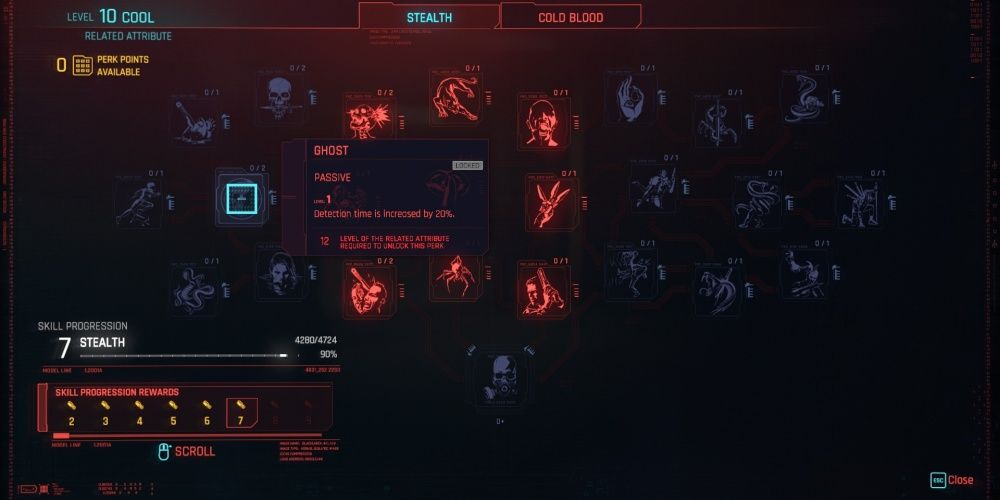 Timing is everything in stealth operations and sometimes you can’t peek your head out without being spotted. On harder difficulties, all it takes is a single second for mobs to sound the alarm. Increasing this to 1.4 seconds might not sound so special, but if you look at your trusted sniper rifle, you’ll notice that this skill makes it so you can get off a shot in just enough time to duck back down. 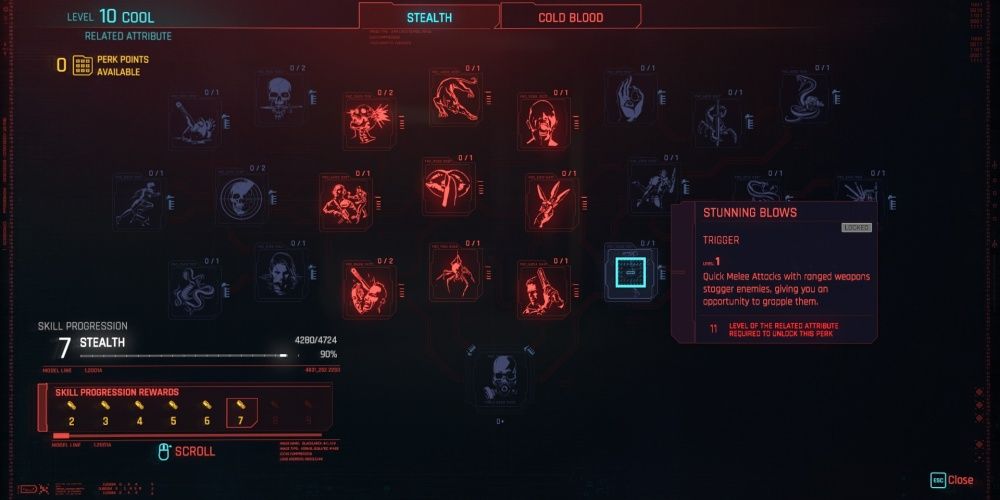 This might be the most overpowered skill in the entire tree, but it’s not getting enough love right now. If you use your ranged weapon to smack an enemy, you can immediately grab them. And grabbed enemies can be killed or knocked out instantly. Every melee enemy in the game becomes an instant kill so you’ll never have to worry about them again. 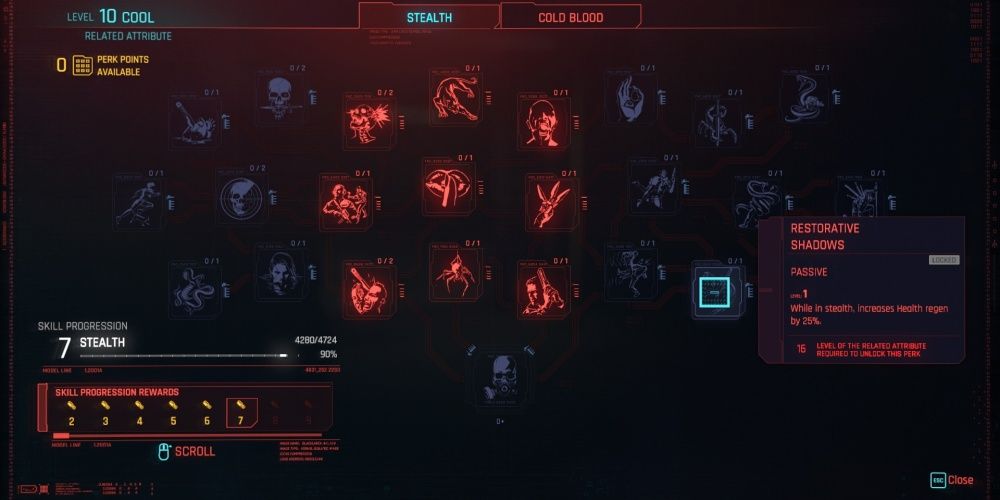 “While in stealth” should really read “For the entire game” in your mind. There are times you’ll be driving or in a cutscene, but really you’ve got no reason to spend much, if any, combat time standing up and absorbing blows. A 25% boost to the ultra-slow health regeneration is a pretty sweet boost as a result and it combines nicely with cybernetics that grant regeneration. 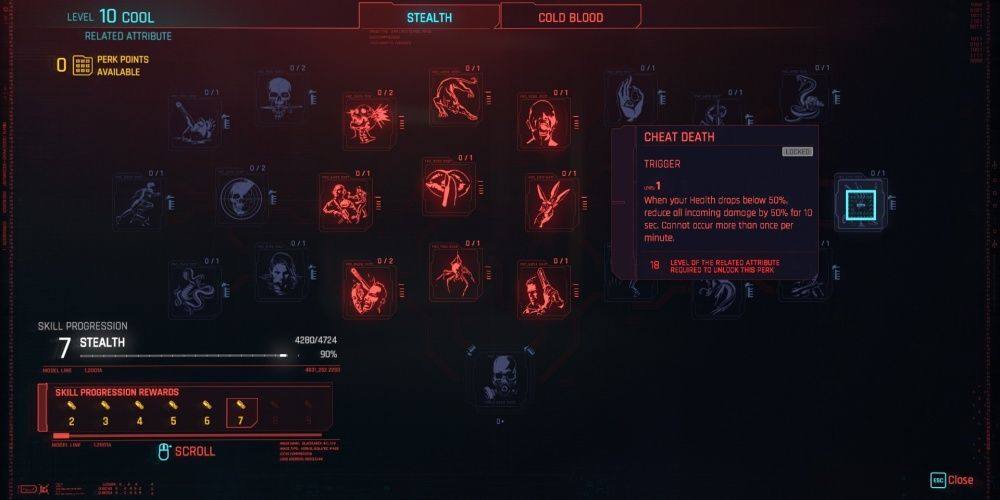 Think about those boss fights again. You’re going to have to have a Plan B for those brief but significant moments when you’re going to have to take a few hits. You could spend about twenty points in the body skill tree trying to toughen up, but wouldn’t you rather just spend one point right here? Ten seconds of near-immunity is plenty of time to bring down even the toughest enemies if your cover is blown. 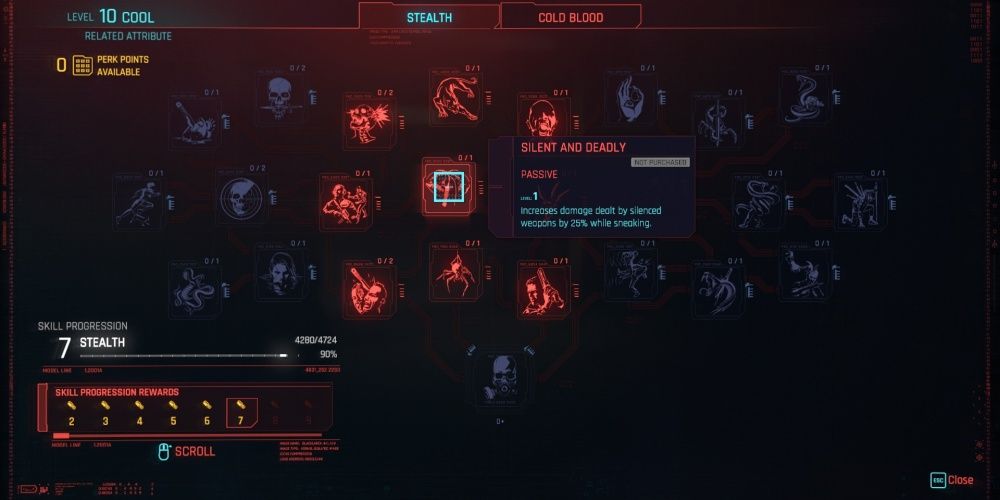 It’s hard to think about when this wouldn’t apply. You’ll always be sneaking. And you’ll always be using a silenced weapon. So this is a 25% boost. Keep in mind that silencers reduce damage by around this same amount, so this skill will help balance that out and make it so your gun essentially does full damage with the benefit of muzzling noise from your targets. 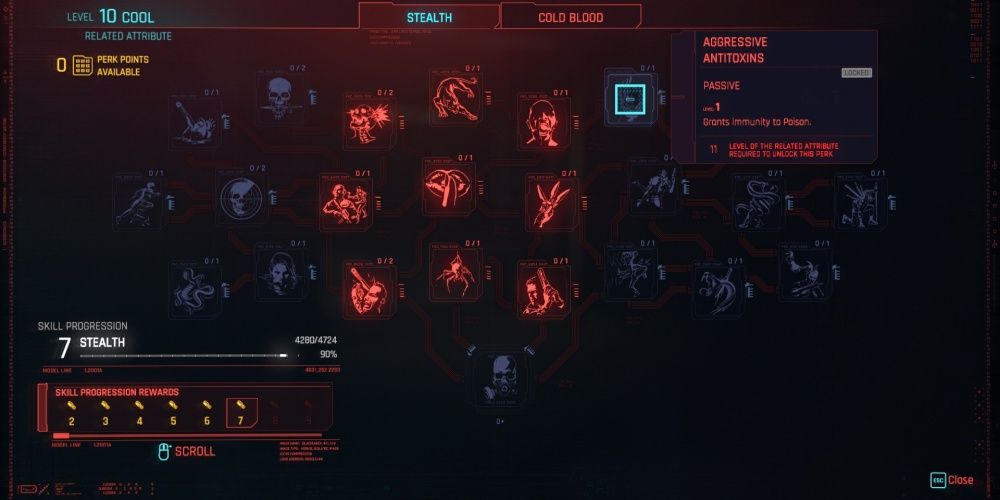 Being poisoned is a pain in Cyberpunk 2077. V will twitch every time a damage increment ticks, throwing off your shots and getting you that much closer to death. Plus, even if enemies have only a 10% chance to apply poison damage, if five of them are shooting multiple bullets at you, that all but guarantees that you’ll be getting poisoned. For one measly skill point, you can have peace of mind and immunity from being poisoned for the rest of the game.

NEXT: 10 Lingering Questions We Have At The End Of Cyberpunk 2077