Darkest Dungeon: How To Beat The Swine King

In Darkest Dungeon, the Swine King is one of the bosses found within the Warrens and he comes accompanied by his little friend Wilbur. While this boss looks pretty daunting due to his massive size, he’s actually fairly straightforward to defeat as long as you know what you’re doing.

We have a full guide and tips on how to defeat the Swine King and recommendations for the best party setup right here. This boss battle has a secret trophy/achievement related to it as well, which we will also cover as part of our guide. 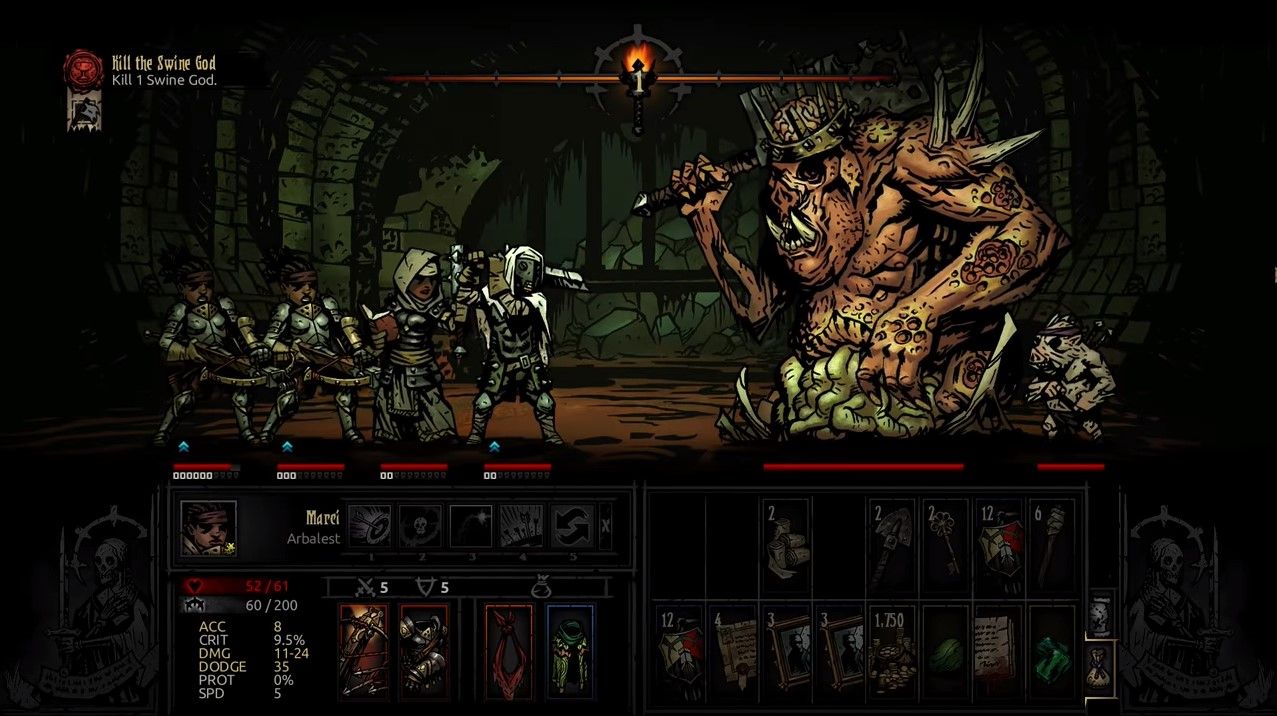 Make sure all of your party members are well-equipped and be sure to bring along enough provisions and torches as the boss fight is usually in the final room on the map. We recommend equipping as many trinkets that give resistance to Stun as possible.

When it comes to your party setup, we recommend using the following heroes:

You need to be super careful that none of your heroes accidentally attack Wilbur, so don’t use any heroes that can counterattack. You should concentrate on taking down the Swine King and then you can deal with Wilbur afterward without the risk of retaliation. Should you kill Wilbur before the Swine King, it will result in the Swine King becoming more powerful and attacking all part members with some brutal damage. 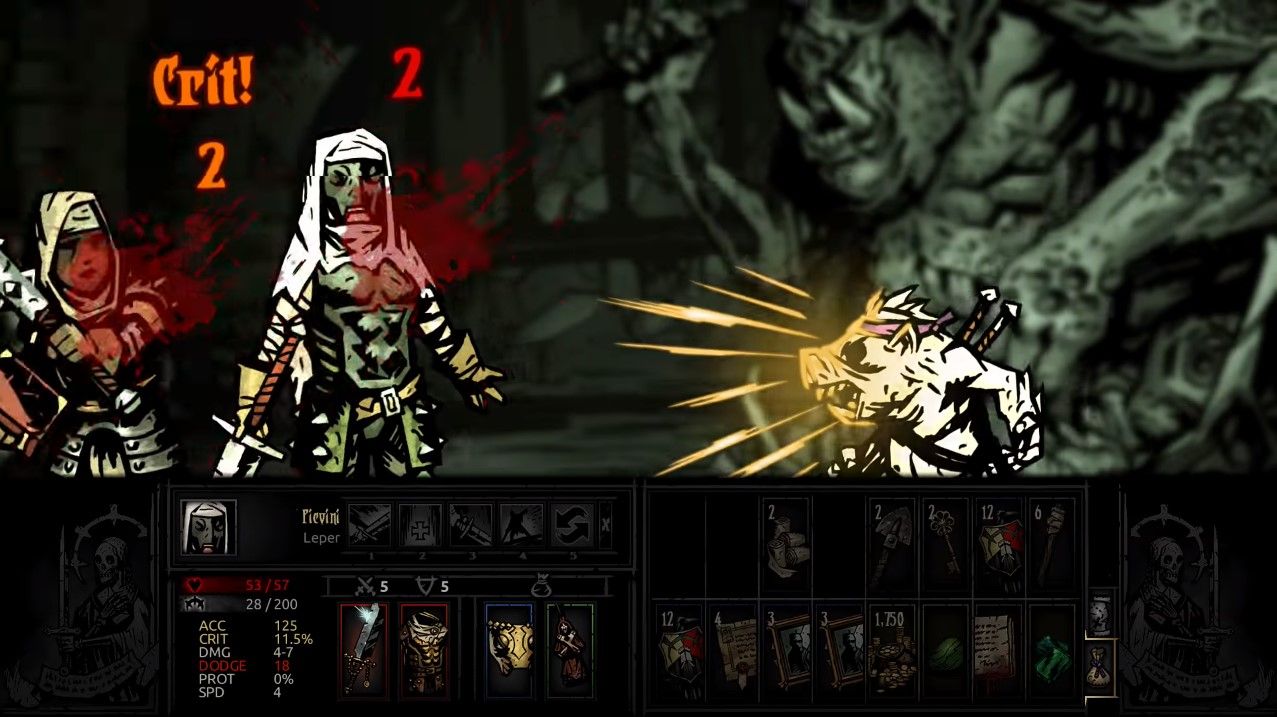 The downside to this is that neither the Arabalest nor the Musketeer can clear their own marks, and if they get stunned by Wilbur’s squealing then they can’t remove any marks at all. (That’s why we recommend trinkets that ward against Stun.) You can bring along two heroes who can clear marks to circumvent this, especially on higher difficulties.

The Swine King is a Beast boss and is susceptible to both Blight and Bleed, so you should definitely land a DoT on him to help throughout the battle. The Houndmaster is an ideal candidate for this battle as he can inflict Bleed and has bonus damage against Beast enemies. The Leper is also another good choice for hacking away at the Swine King’s HP.

Concentrate your Vestal on keeping the party healed, your Arbalest/Musketeer on clearing marks, and your Houndmasters/Lepers on tackling the Swine King. Once the Swine King has fallen, taking out Wilbur is a super easy task.

Note: The “That’ll do, pig…” achievement/trophy is earned by having Wilbur kill one of your heroes. You can allow this to happen then force-close the game to prevent it from auto-saving the hero’s death. Afterward, simply reload the game and your last save file will put you at the start of the boss battle with all of your heroes intact.