With Star Wars: The Rise of Skywalkers currently in theaters, Disney is capitalizing on the Star Wars craze with tons and tons of merchandise. One such piece happens to be an official visual dictionary that includes the history and details behind the films’ pieces of iconography. In a description for the red armor-clad Sith Troopers, the book makes mention of a squad called the “Revan Legion.” Fans of BioWare’s 2003 RPG Knights of the Old Republic will be familiar with the name since he was a central figure in its story.

When Disney bought Lucasfilms and the Star Wars franchise last decade, one of the more controversial decisions it made was to throw out the “Extended Universe.” A fan-created title given to all works created outside of Star Wars creator George Lucas’ influence, many had grown to love certain characters from novels, comics, and video games. With Disney getting rid of it all, it almost invalidated the fandom that grew outside of the film releases. 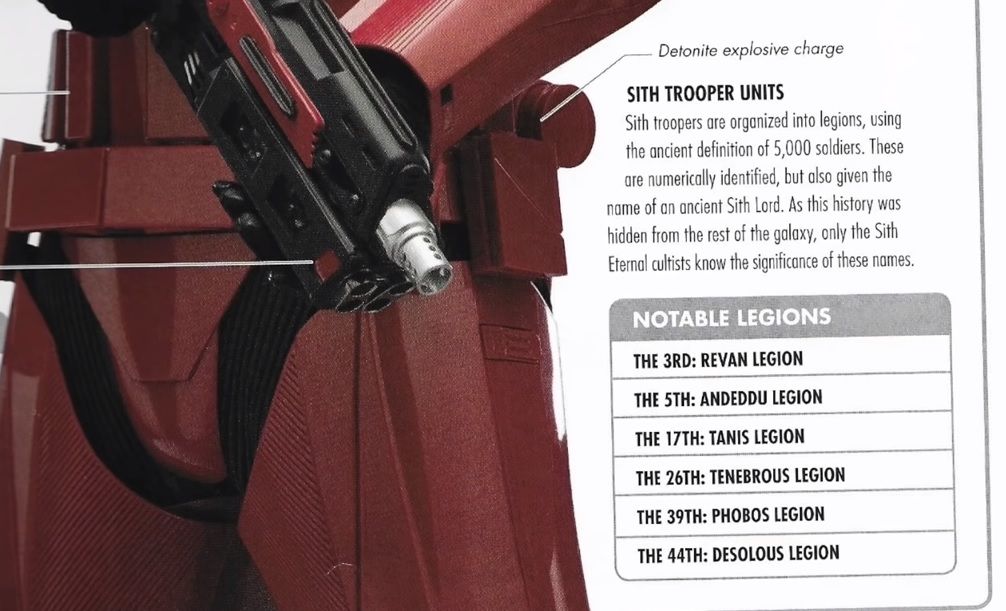 While the recent film trilogy has reintroduced some ideas (spin-off film Solo brought back Teras Kasi), it seems Disney isn’t willing to throw out Knights of the Old Republic. The plot of said game was set 4,000 years before the events of Lucas’ original films. It introduced characters so far removed from what came before, it felt like a breath of fresh air for a franchise that was beginning to get stale.

This could just be a coincidence or nod to the game, but that seems a little unlikely. In a similar visual dictionary released for The Last Jedi, a red crystal seen in Luke’s house is described as being part of a “recovered Jedi crusader pendant.” In KOTOR’s backstory, Revan was the founder of the crusaders.

Considering there have been rumors of a Knights of the Old Republic film in the works, these small steps might by Lucasfilm and Disney confirming those murmurs are true. If so, then viewers are in for quite a tale. KOTOR remains one of the highlights of the entire Star Wars game lineup and would be removed enough from “The Skywalker Saga” to ensure even the most jaded fans will be pleased.