Players in Dungeons & Dragons are getting a new character class, and it sounds like it could be a nightmare for some Dungeon Masters.

The 5th edition of D&D officially launched in 2014 with the publication of the Player’s Handbook. It included D&D’s four iconic roles — Cleric, Fighter, Rogue, and Wizard — along with eight fan favorites for a grand total of 12 classes. This month, Wizards of the Coast will publish Eberron: Rising from the Last War, and with it the game’s 13th class. That makes it the first new class players have had in more than five years.

This new class is called the Artificer, and it’s sort of like what would happen if you crossed a wizard with an engineer. Artificers are craftsmen who make magical items, using either existing tools or by creating magical tools on the fly. Wizards sent us an early copy to take a look at. Here’s what it has to say in the introduction:

Masters of unlocking magic in everyday objects, artificers are supreme inventors. They see magic as a complex system waiting to be decoded and controlled. Artificers use tools to channel arcane power, crafting magical objects. To cast a spell, an artificer could use alchemists supplies to create a potent elixir, calligrapher’s supplies to inscribe a sigil of power on an ally’s armor, or tinkerer’s tools to craft a temporary charm. The magic of artificers is tied to their tools and their talents.

Trouble is that one of the big issues with D&D over the years has been magical item spam. Magic items are thematically very rare, and often serve as the reward for completing a quest or raiding a challenging dungeon. But even characters in the lowest tiers of play end up being weighed down by tons of magical loot. That has a tendency to slow down a session while players sort through a sort of magical Rolodex, picking and choosing the right tool for the job. On the other side of the spectrum, it can also create situations where players simply breeze through high-level encounters. Imagine setting up a big climactic encounter, and then a player opens his magical Swiss Army knife and just ends it. 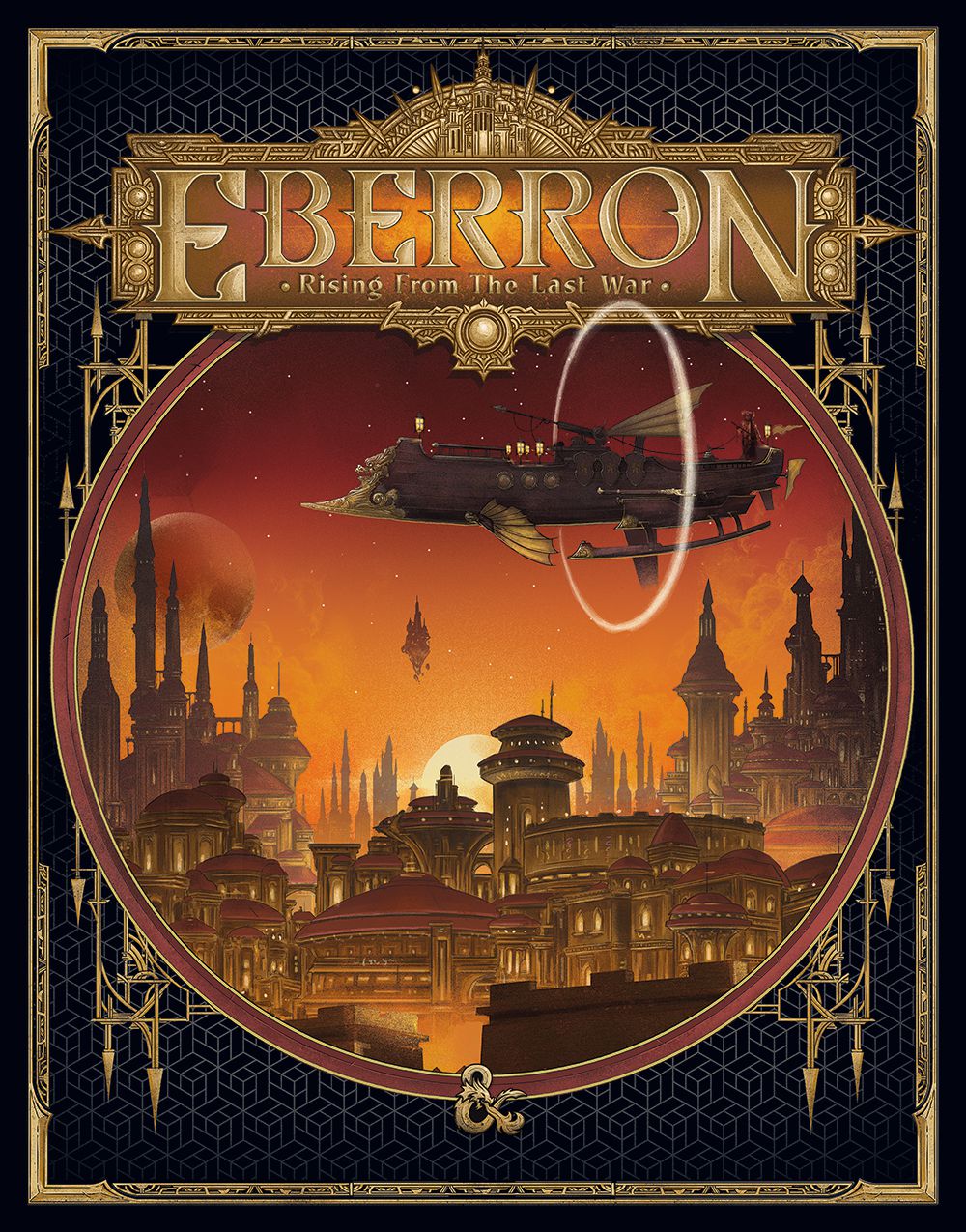 This alternate cover is available at retail game stores only.
Vance Kelly/Wizards of the Coast

It got so bad in the 4th edition that the 5th edition introduced a system called “attunement,” which limited the number of powerful magical items a player could use at any one time. The Artificer class will be the first to allow players to attune to more than three magical items at one time. In fact, by 18th level they’ll be able to attune to up to six magic items in all.

Most Artificers will be limited to the realm of Eberron itself, which is a completely different universe than the traditional setting that most players are familiar with. Eberron is a much more magical place, and includes things like humanoid constructs called the Warforged, airships, and lightning trains. In that setting it certainly makes sense to have an Artificer on standby when the chips are down. Of course, Wizards of the Coast wants all of its new content to be compatible, so there’s a sidebar on adding the Artificer class to campaigns set in other parts of the D&D multiverse, including the Forgotten Realms, Greyhawk, and even Ravnica.

Eberron is an amazing place, and Wizards of the Coast does an excellent job in this new book explaining it and giving players the tools to have fun there. I’m just saying, as someone who has DM’d for quite a while now, maybe think twice about allowing an Artificer into your campaign. It might be a bit more trouble than its worth.

Eberron: Rising from the Last War arrives on Amazon and at your friendly local game store on Nov. 19.

Ghost Of Tsushima Pre-Order Guide: Special Editions, Release Date, And Pre-Order Bonuses
We and our partners use cookies on this site to improve our service, perform analytics, personalize advertising, measure advertising performance, and remember website preferences.Ok