Dead By Daylight: 7 Tips To Counter The Knight

It can be quite daunting to go against a Killer that completely shuts down loops in Dead By Daylight. The Knight was the Killer released in Chapter 26 alongside Vittorio Toscano, and he has quickly become one of the most common Killers you'll go against. His power allows him to spawn different guards to do his bidding.

These guards can patrol an area, break different structures in the game, and hunt down a Survivor. If the guard gets close enough to hit you, they will get rid of one of your health states. This can even put you in the Dying state if you're injured. The Knight can be quite oppressive, but a few tips can make your experience a lot better against him. 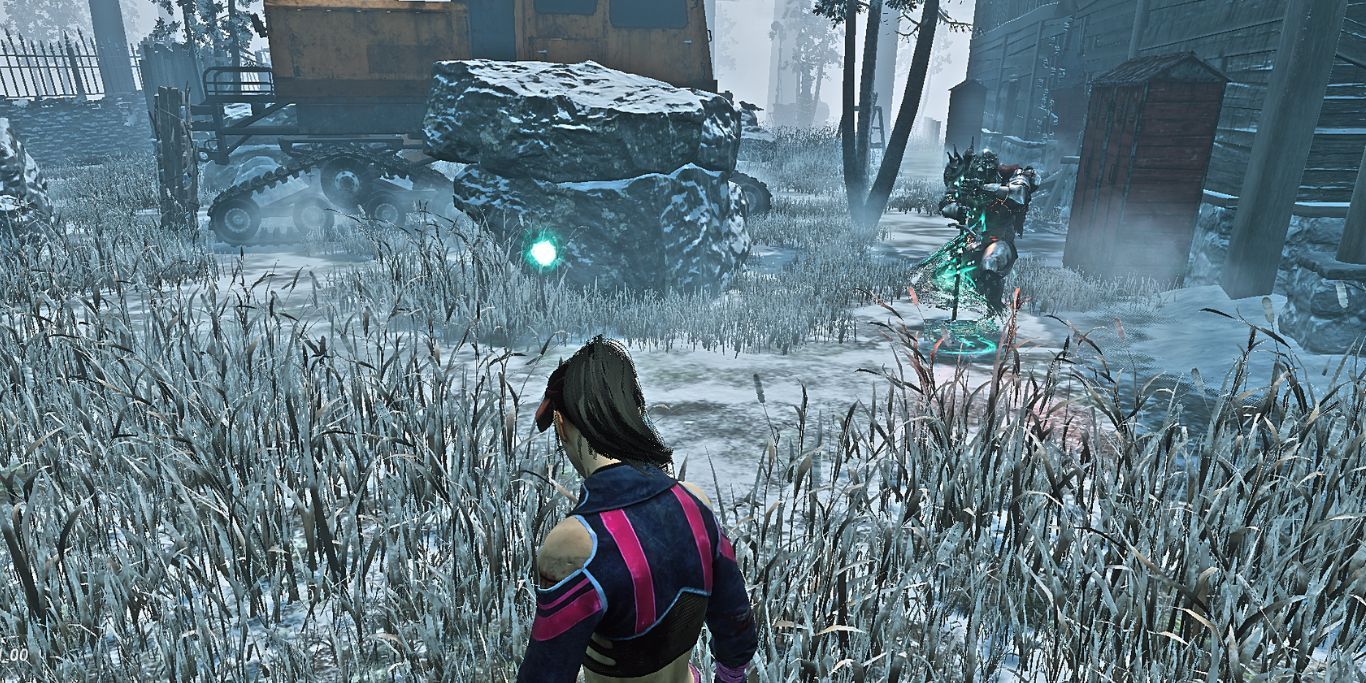 This came as quite a surprise when the Killer was released, but you can see where the Killer is going when he's in summoning mode to place a trail for his guards. The guard will spawn at the position where he ends this trail a second after he leaves this mode. Once the guard spawns, his detection circle will rapidly increase until it reaches the maximum radius.

Since you can see where The Knight's trail is headed, you can change your direction completely and go to a different loop. This will make his power completely useless for the time that the guard is on patrol since you won't be in the area. If the guard is patrolling an area or hunting a Survivor, The Knight becomes a normal Killer with just the primary attack.

Of course, the Killer also knows that you can see the trail and might use it to zone you into an area where the loops are bad. You need to pay attention to your surrounding and choose the best possible direction when he's placing the trail.

6/7 They Can't Detect You Through Walls 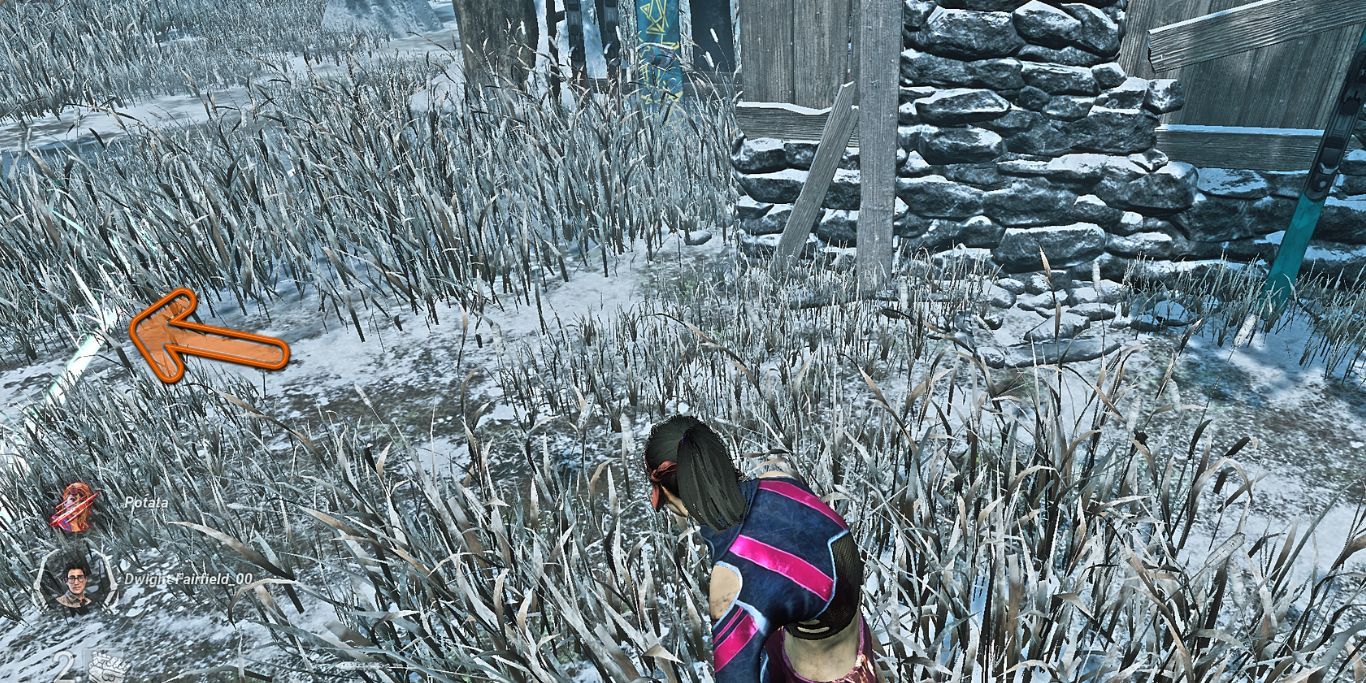 The detection system for the guards is quite interesting. The first thing you need to know is that the guards will detect you as far as you're in their circle even if they aren't looking at you. The only exception to this is if you have a wall between yourself and the guard. Guards will not start attacking you through the wall.

Although, this is not the same for objects. They can detect you through objects even if the object is tall enough to remove the line of sight. For example, the guards will go right through the cranes in Ormond, Coldwind Farm, or Autohaven Wreckers.

Moreover, the guards can also detect you through different floors. There are many maps in Dead By Daylight that have two to three stories like Midwich Elementary School or RPD. If The Knight creates a guard above or below you but you're in the circle, the guard will start attacking you. 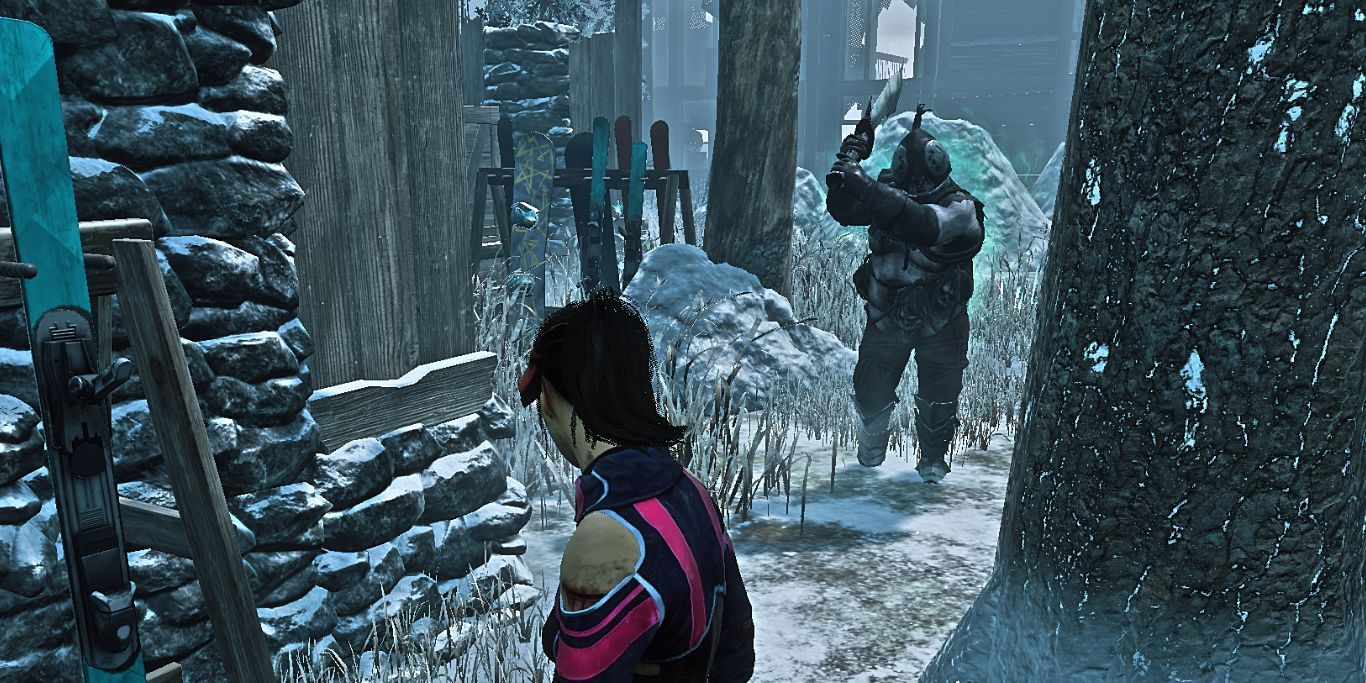 The Knight is the scariest if you try to loop him like any other Killer. While playing him, most players will try to keep you in a loop until their power returns so they can get a guaranteed hit on you. To do this, they'll pretend to mind game you by constantly doubling back at the same spot.

If they do this, you need to break the line of sight and escape the loop as fast as you can. If the Killer is not fast enough to react to this, he might drop a guard at that loop and completely waste his power as well. Although, this strategy doesn't work well on maps that don't have connected loops, which makes The Knight map-dependent.

4/7 Dead Hard Is His Perfect Counter 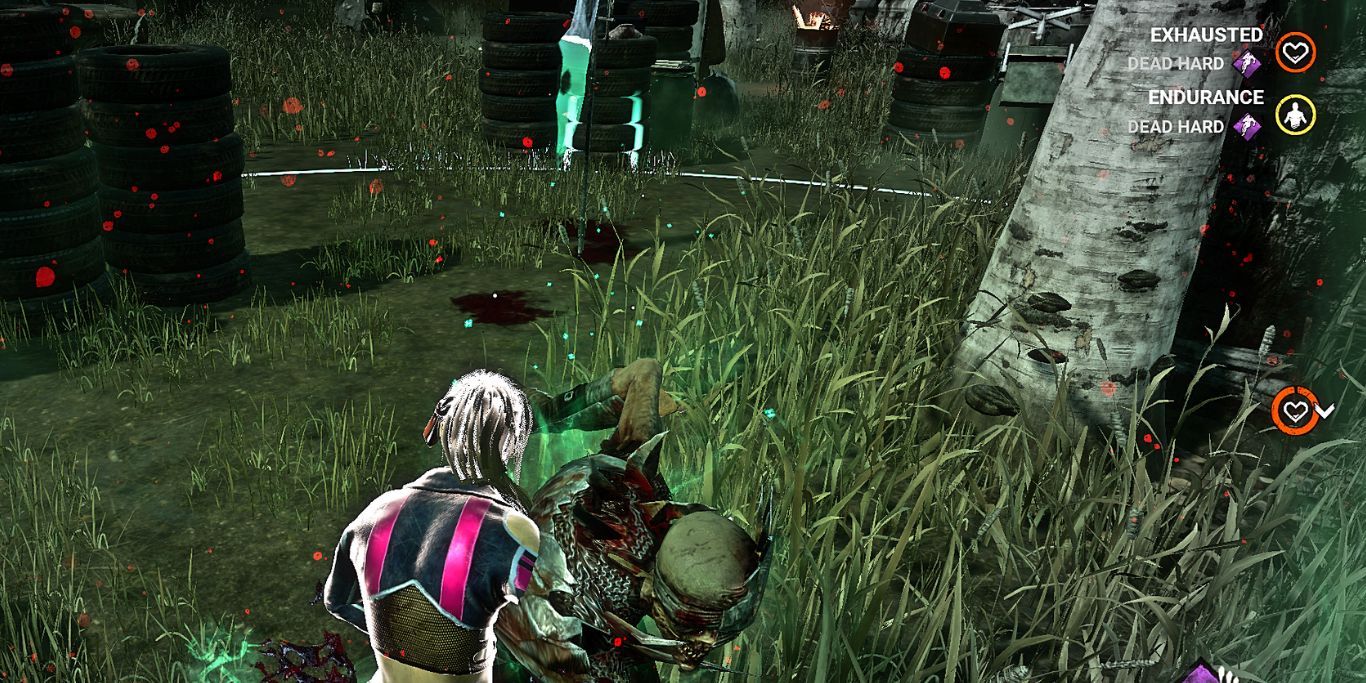 During the perk overhaul, Dead Hard was heavily nerfed as they removed the distance you can get from the perk. Instead of that, you'll now get immunity for 0.5 seconds when you press the Active Ability button, and the Killer goes into the hit cooldown if he swings while you're dead Harding.

Although, the Killer can easily counter this perk by waiting for 0.5 seconds and then instantly downing you. But Dead Hard works perfectly against The Knight because you can guarantee a hit, which in turn lets you get far away from the Killer. This can be done if you use Dead Hard against a guard.

3/7 Help Your Teammates Whenever Possible 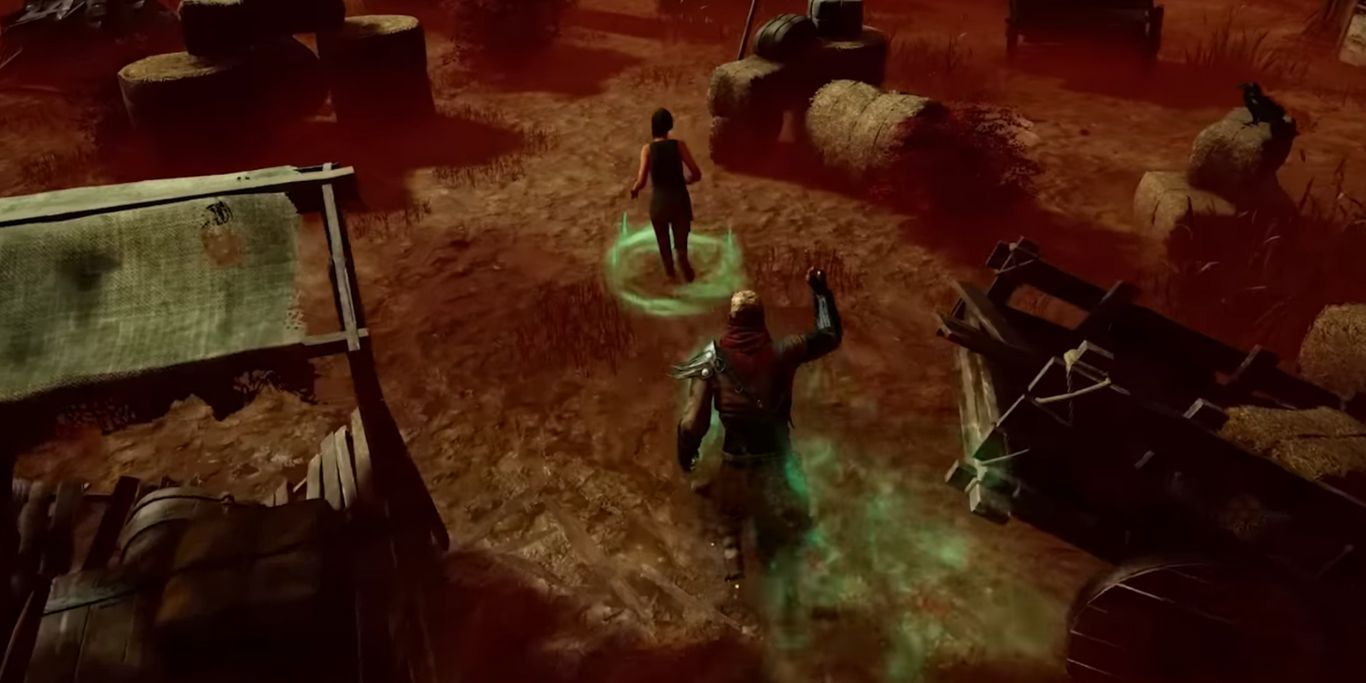 It can be quite overwhelming to keep track of everything The Knight is doing when you're getting chased. To prevent your teammates from going down too fast, you can try to help them whenever it's possible. To do this, you can take the guard's aggro if they're pinched down in a corner so your teammate can escape.

Moreover, you can also tank a hit from the guard even if your teammate is marked. You simply have to run in front of the guard and they'll hit you if they get close enough. This can take the stress away from the teammate who's getting chased.

2/7 Don't Let The Guard Intimidate You While Unhooking 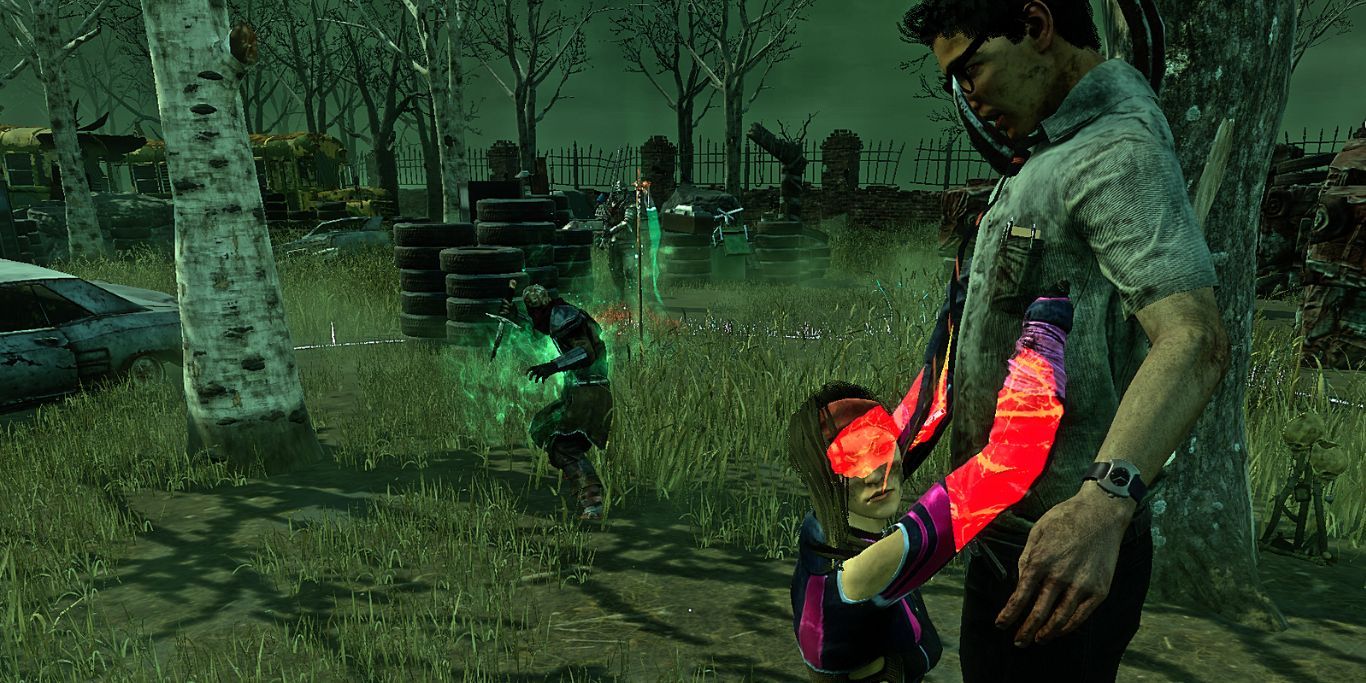 This is one of the most important mechanics when you go against The Knight, but the developers didn't make it obvious enough. A lot of Knight players tend to place a guard right in front of the hook to camp the hooked Survivor while chasing another one on the other side of the map.

But this guard goes away as soon as you touch the Survivor on the hook. This information isn't well known and the Survivors tend to hide and wait for the guard to go away, which gives the Killer time to come back and replace it.

1/7 You Can See The Guard That Will Be Spawned 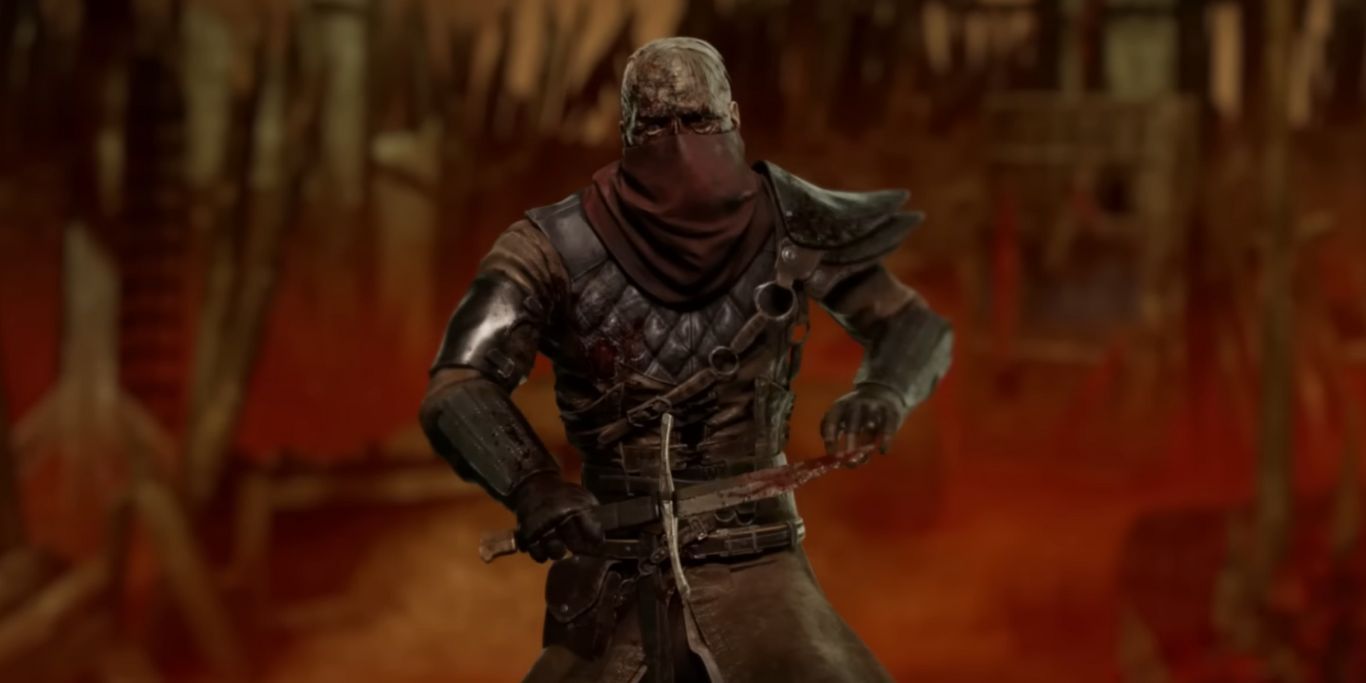 Surprisingly enough, Survivors can tell the next guard that'll be summoned by The Knight by looking at the icon on one of his shoulders. You need to learn the signs and the guards that they represent for this to work, but it can help you a lot in chases. Although, this can be a lot to process at once.

If you know the next guard, you can change your positioning while keeping their detection radius and speed during a hunt in mind.