As a killer in Dead by Daylight, one of the most basic aspects of the job is finding survivors so that you can chase them, hit them, and eventually down them. The quicker you can do this, the quicker you can do it again and if you get it all right, you end up with a bunch of dead survivors.

As simple as it sounds in theory, survivors aren’t always easy to find and any delay in finding them can lead to delays in other areas and a bunch of generators getting done. While patrolling generators can net you a chase or two, survivors can get pretty good at hiding when you come along, especially as you rank up. However, with these perks, you can minimize their ability to hide and send them running – where the scratch marks will make them much easier to find. 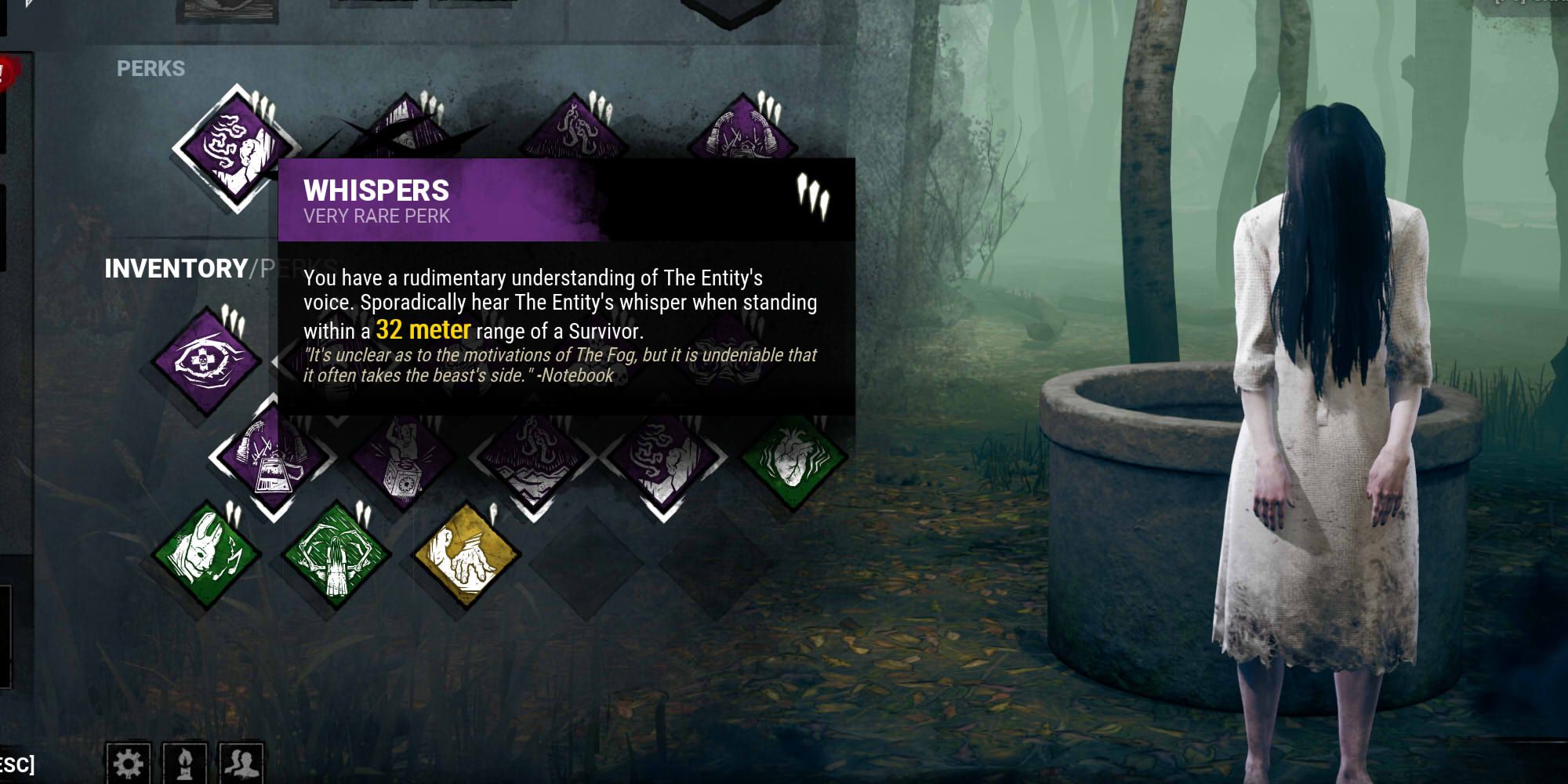 Found in the Bloodweb of all killers, the value of Whispers isn’t readily apparent, especially in the face of flashier perks. However, as you get better at the game this perk can help you find survivors or at the very least, know when your searching is fruitless.

The perk lights up when a survivor is within a certain radius, decreasing as it ranks up as well as playing an eerie audio cue – the voice of the Entity. For this reason, you never want to run Whispers unless it’s maxed out since the cue will be within 32 meters, relatively close. Advanced killers can even use this perk to triangulate the location of survivors by checking the different areas that it triggers. 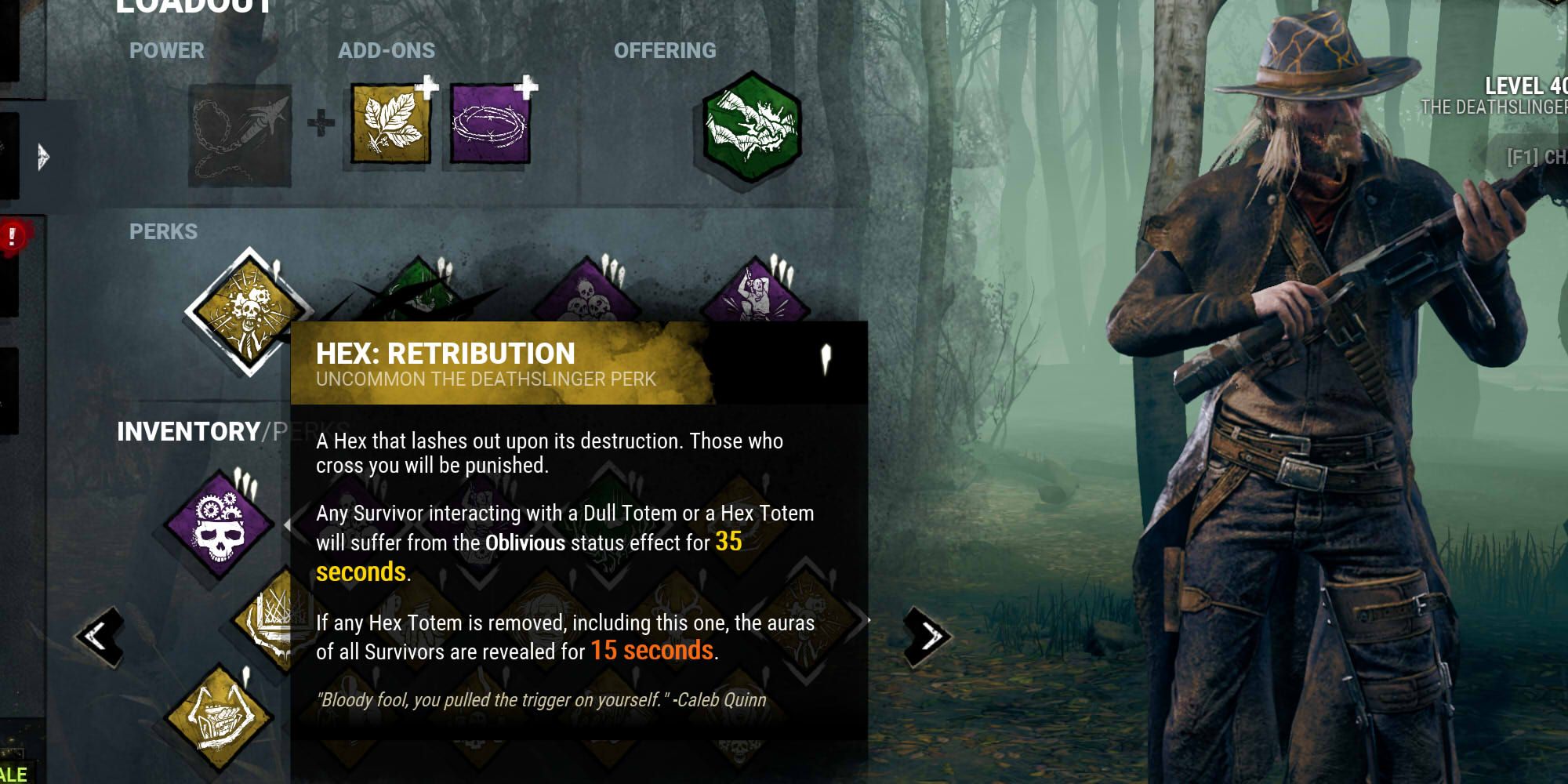 Though situational, this perk should not be underestimated, especially in this totem-heavy meta where survivors are encouraged to interact with totems, either to banish Hex: Ruin or to lay down their Boon perks.

Hex: Retribution will inflict the Oblivious status effect on anyone that interacts with any totem for up to 45 seconds at max rank, making them susceptible to sneak attacks. However, the more important effect of this perk is that when any totem is cleansed or blessed, all survivors are revealed for 15 seconds, long enough for you to plan, make plays or just start a chase.

Due to the nature of this totem, you want to run it with other, more directly effective totems so that survivors will be incentivized to work on them and be punished with Retribution as a result. 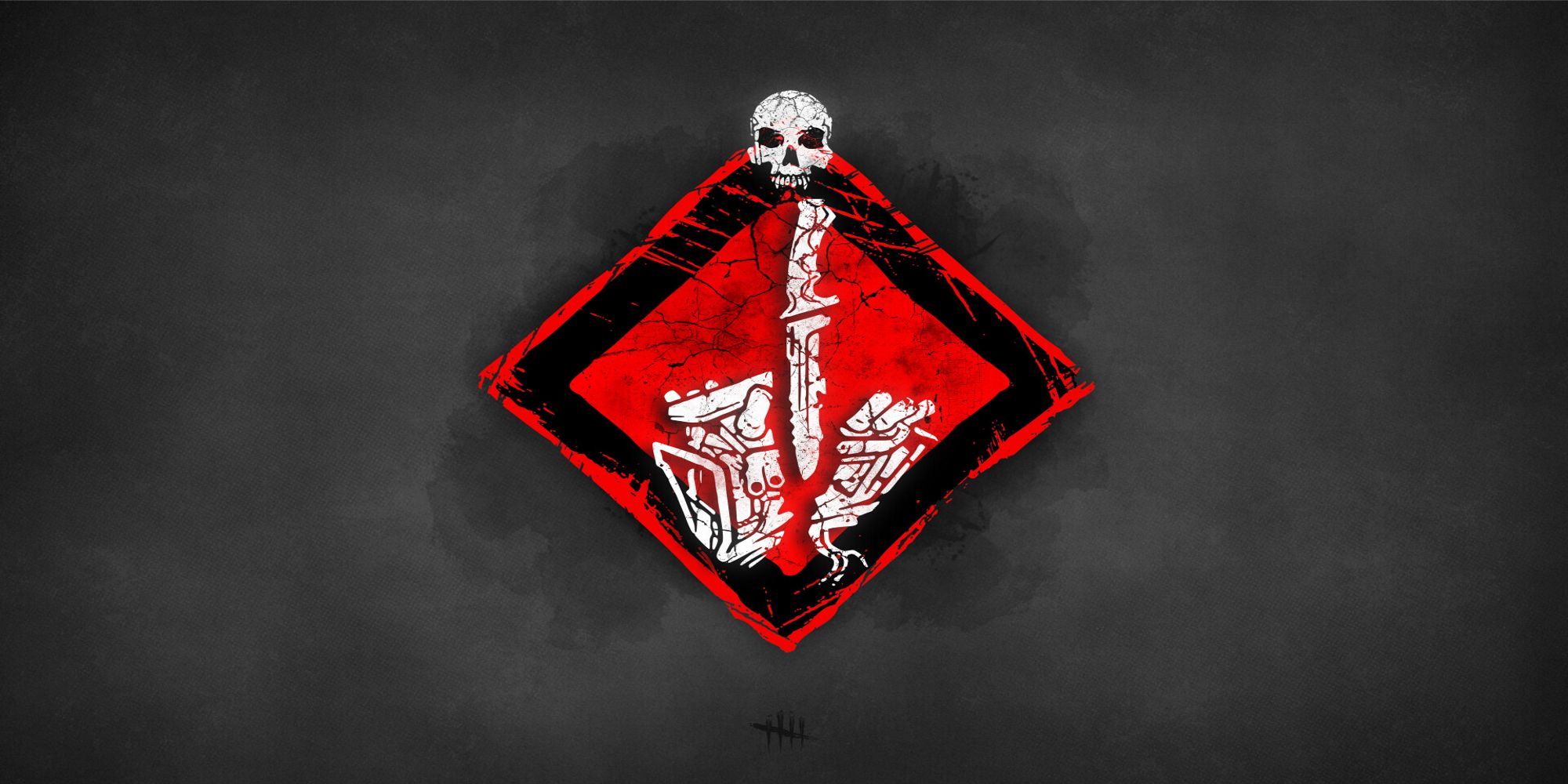 This perk will highlight a generator whenever more than one survivor works on it, in a range up to 128 meters letting you know that at least two survivors are there. This perk may conflict with other perks that highlight generators in yellow, namely Eruption, Surveillance, and Trail of Torment, and while it’s not impossible to keep track of, you’re better off not running these perks together.

Though less useful in games where survivors all equip toolboxes and work on different generators, this perk will still have value in most of your games, since survivors are likely to group up on repairs to get the job done. 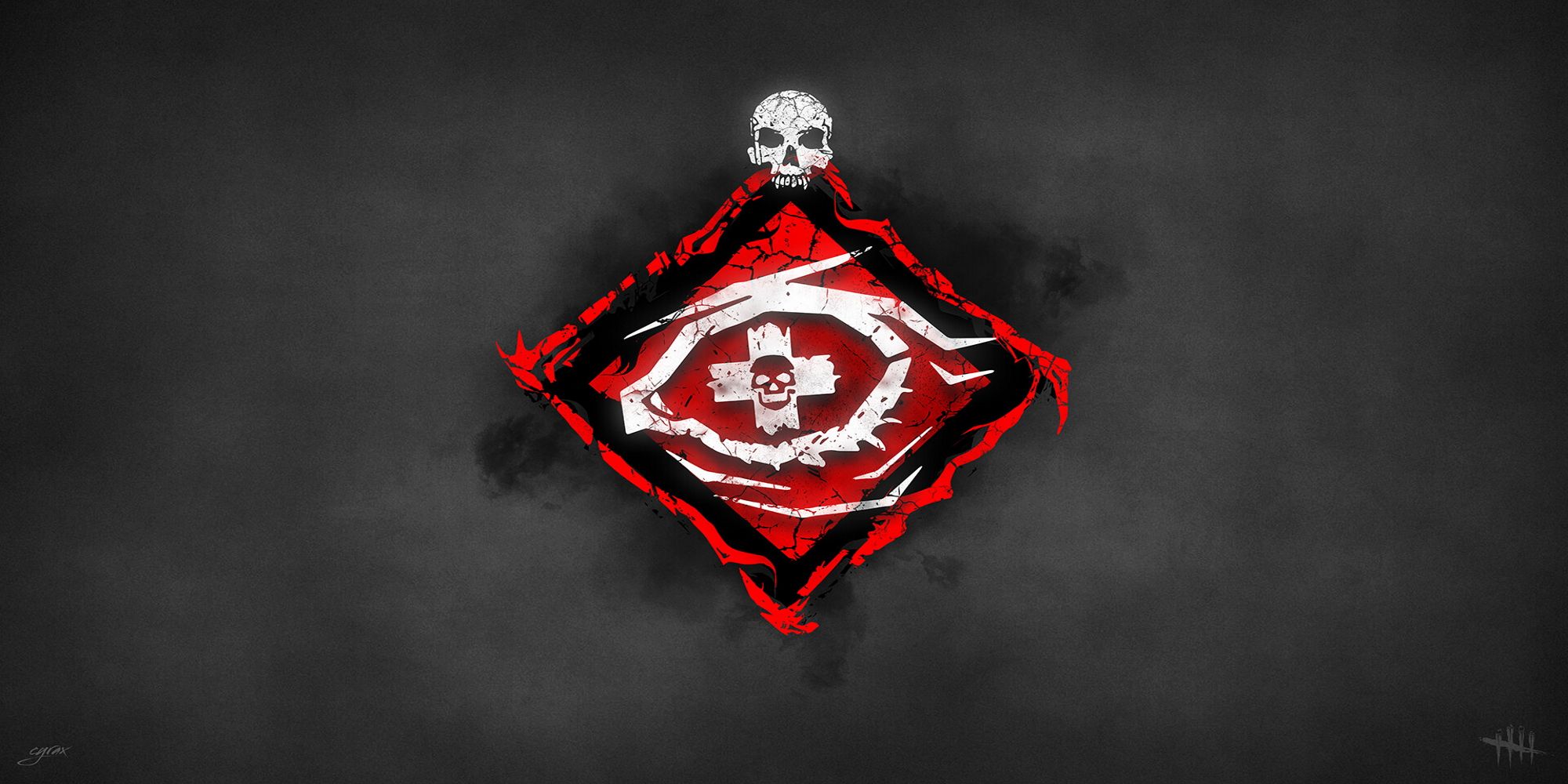 A classic that can still see plenty of use, especially since Boon: Circle of Healing sometimes make survivors heal when they really shouldn’t. A Nurse’s Calling is simple enough, showing you the auras of anyone who is healing or being healed within a range of up to 28 meters at max rank, lingering for a little bit after the action is done.

Though simple, this perk can still be quite powerful, allowing you to not only find possibly multiple survivors but also to down them if the healing action isn’t finished. 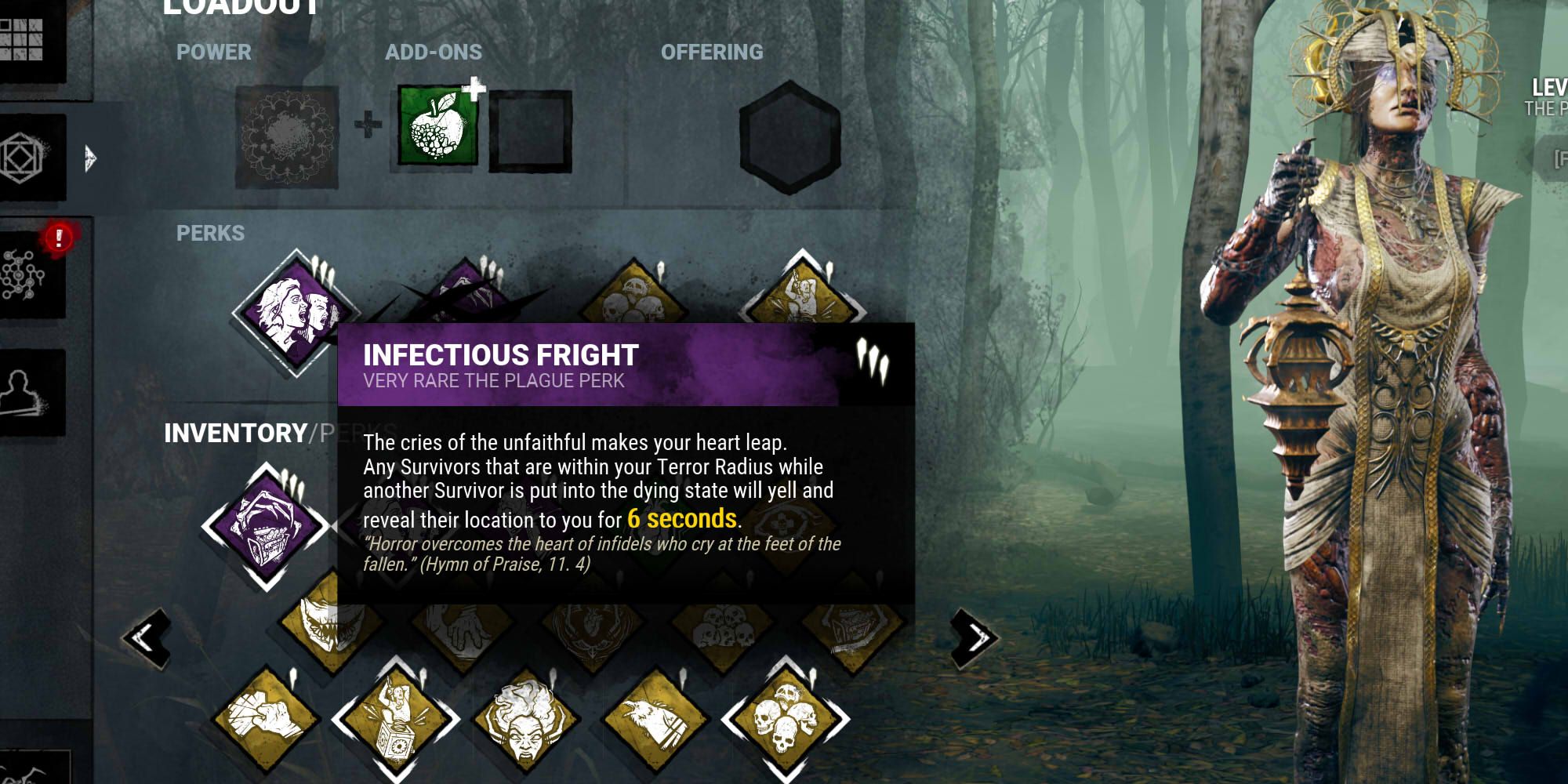 This perk is fantastic on killers that are capable of one-shot downs, setting up one-shot downs, or can go from chase to down really quickly, like Oni, Nurse, or Blight. Infectious Fright will make Survivors in your Terror Radius scream if you down one of them, revealing them for up to six seconds at max rank.

If you want to set up snowball situations where you down multiple survivors at once, Infectious Fright is a powerful tool, though since it is reliant on your Terror Radius, you shouldn’t run this on stealth killers. 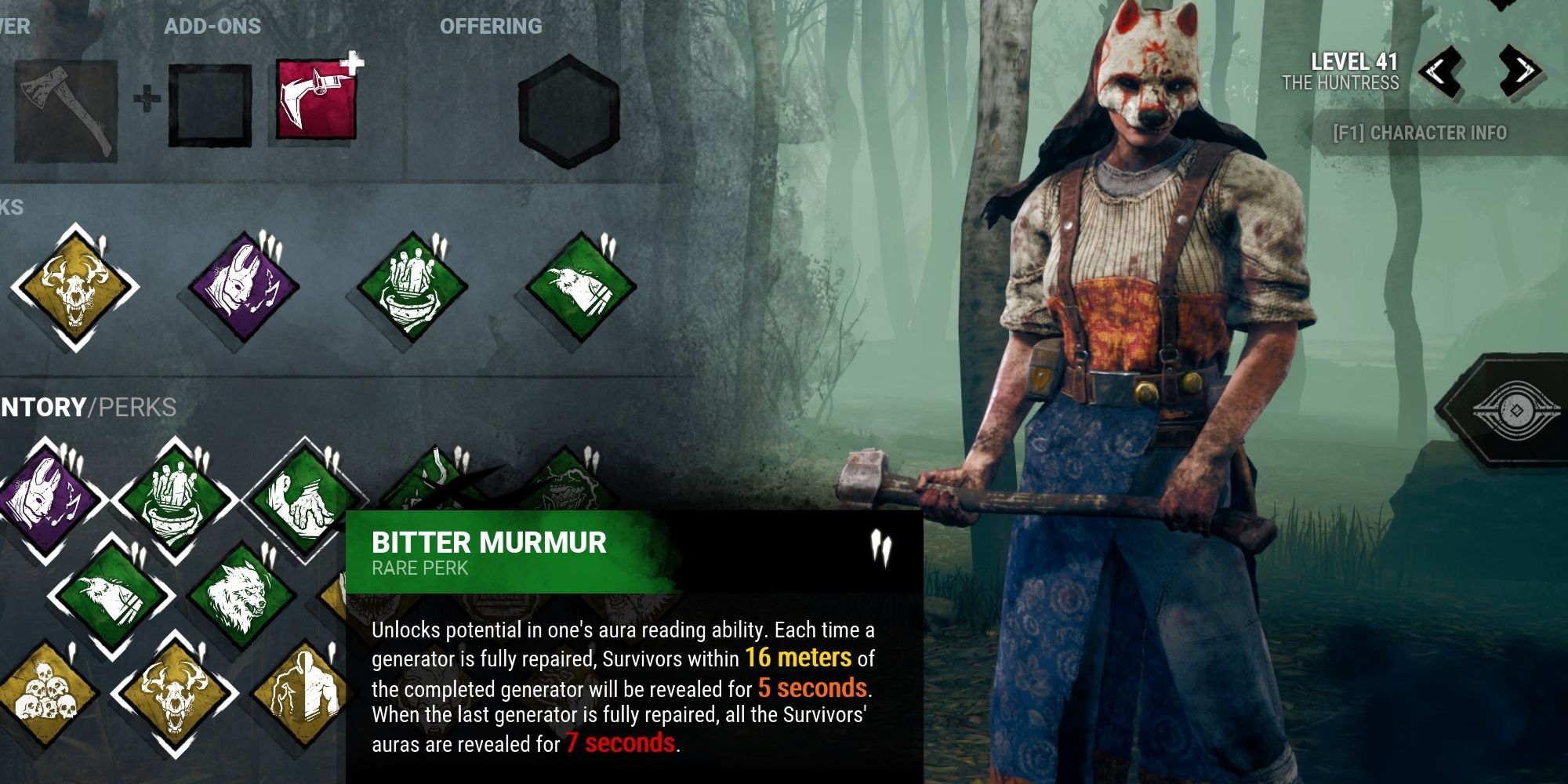 Bitter Murmur activates whenever a generator is finished repairing, showing the auras of everyone within 16 meters of the generators for five seconds and when the last generator is completed, all survivors are revealed for up to ten seconds at max rank.

Though this perk is reliant on you losing a little bit, the information you get in return is quite valuable and if it comes down to the exit gates, you get a lot of time to see where everyone is going and plan accordingly. 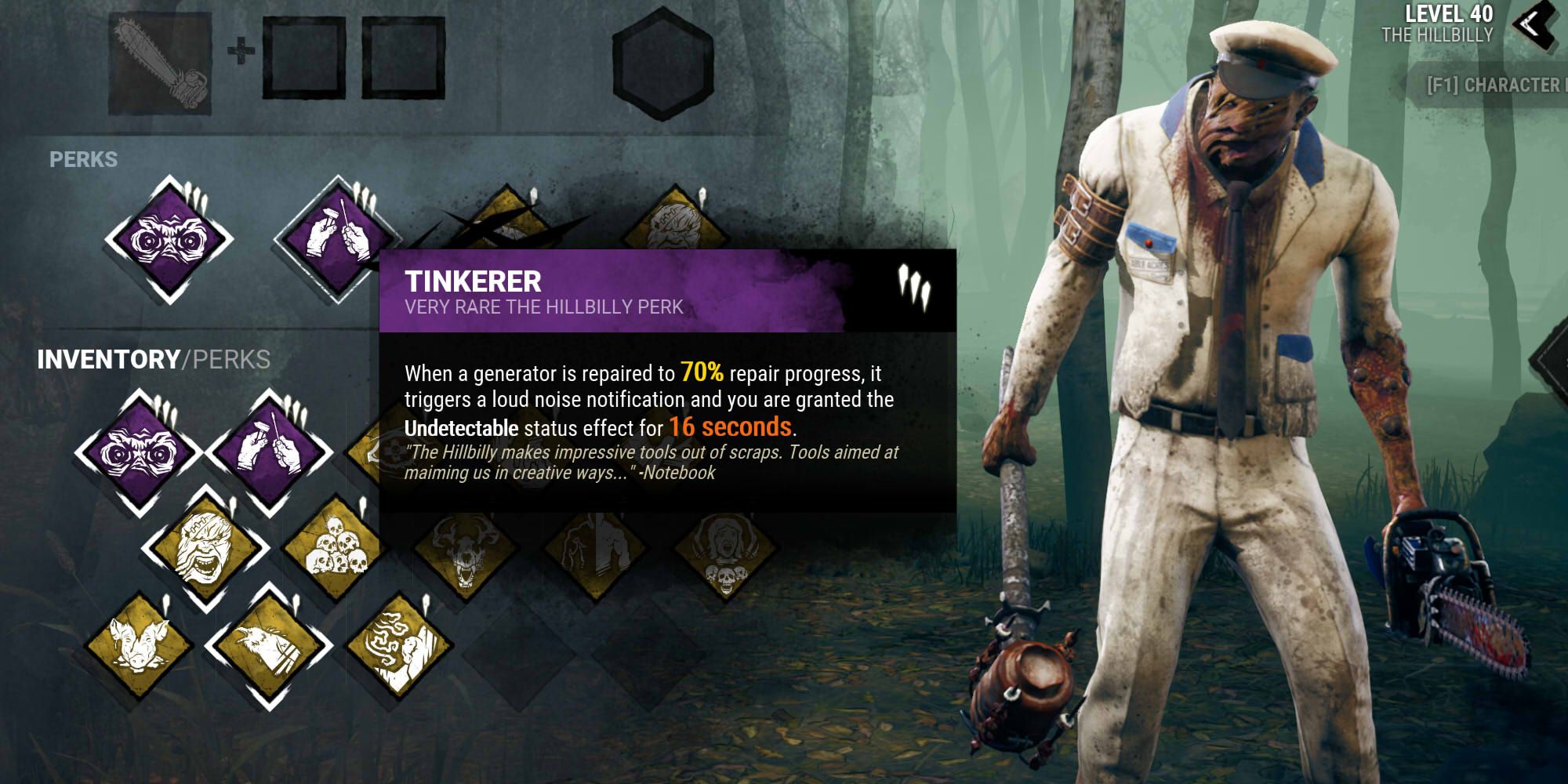 This perk triggers when a generator is repaired to 70 percent, giving you valuable information about not only that the generator is about to finish, allowing you time to possibly do something about it, but also the location of at least one survivor.

As a cherry on top, the perk also grants you the Undetectable status effect for up to 16 seconds at max rank. If you come at the survivor(s) working on the generator at the right angle or they’re focused on passing Merciless Storm skill checks, you can use this to grab a survivor right off the generator, not even needing to hit them first. 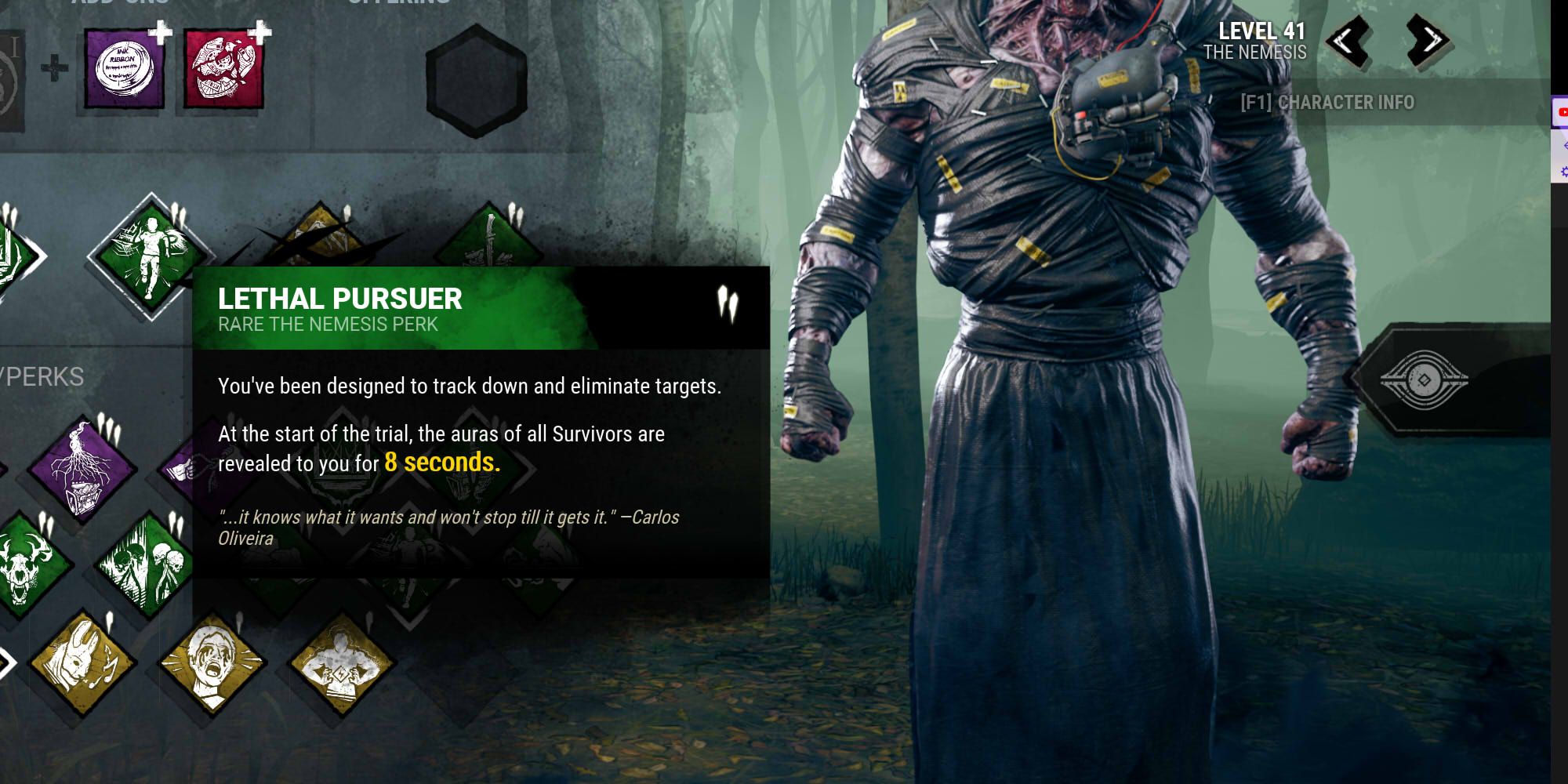 This perk activates at the beginning of a match, for up to nine seconds at max rank, revealing the auras of all survivors, and then deactivates for the rest of the match. Some value-minded killers may balk at a perk that only works for the first few seconds of a match, but for some killers, that’s all they need to get the ball rolling. At the very least, you can cut down on a lot of time searching for targets and cut, literally, to the chase.

Also, this allows you to make tactical decisions right out the outset of the match, like whether you want to run into a group of survivors for multiple injures, single out a solo survivor or even catch and hook an early-match AFK. 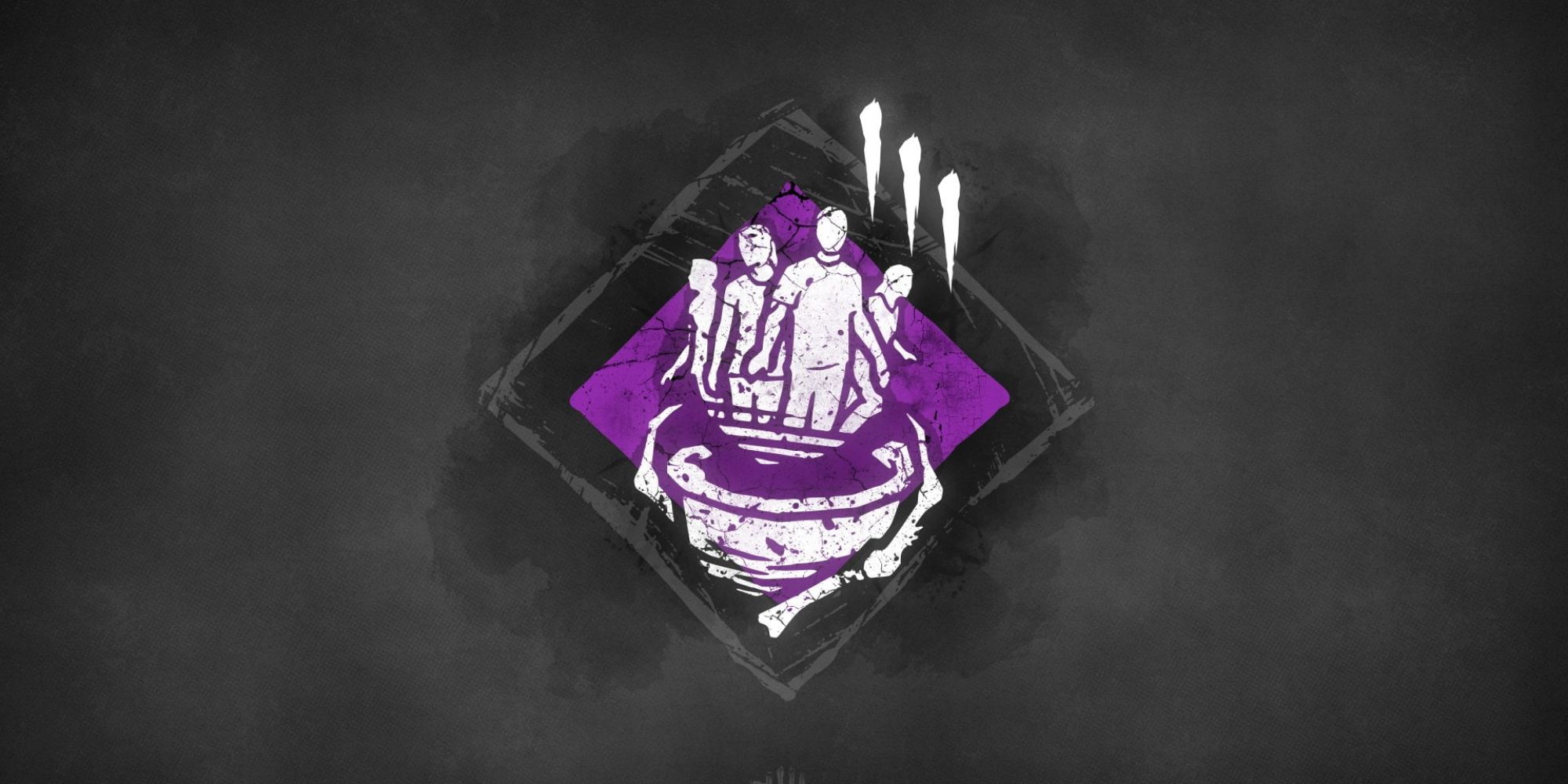 Aside from being one of the more potent tracking perks in the game, Barbecue & Chilli is one of only two perks that help you outside of the trials. This perk activates whenever you hook a survivor, revealing the auras of survivors 40 meters or more away from the hook.

You get a lot of information from this even if in the unlikely event that you don’t see any auras, since you’ll know that any survivors that you don’t see are nearby unless they’re in a locker or hiding their aura behind a generator. Also, for every unique survivor you hook, you get a token, up to four at max rank and for each token, you get 25 percent more Bloodpoints, awarded post-trial so it doesn’t affect your category-derived BP 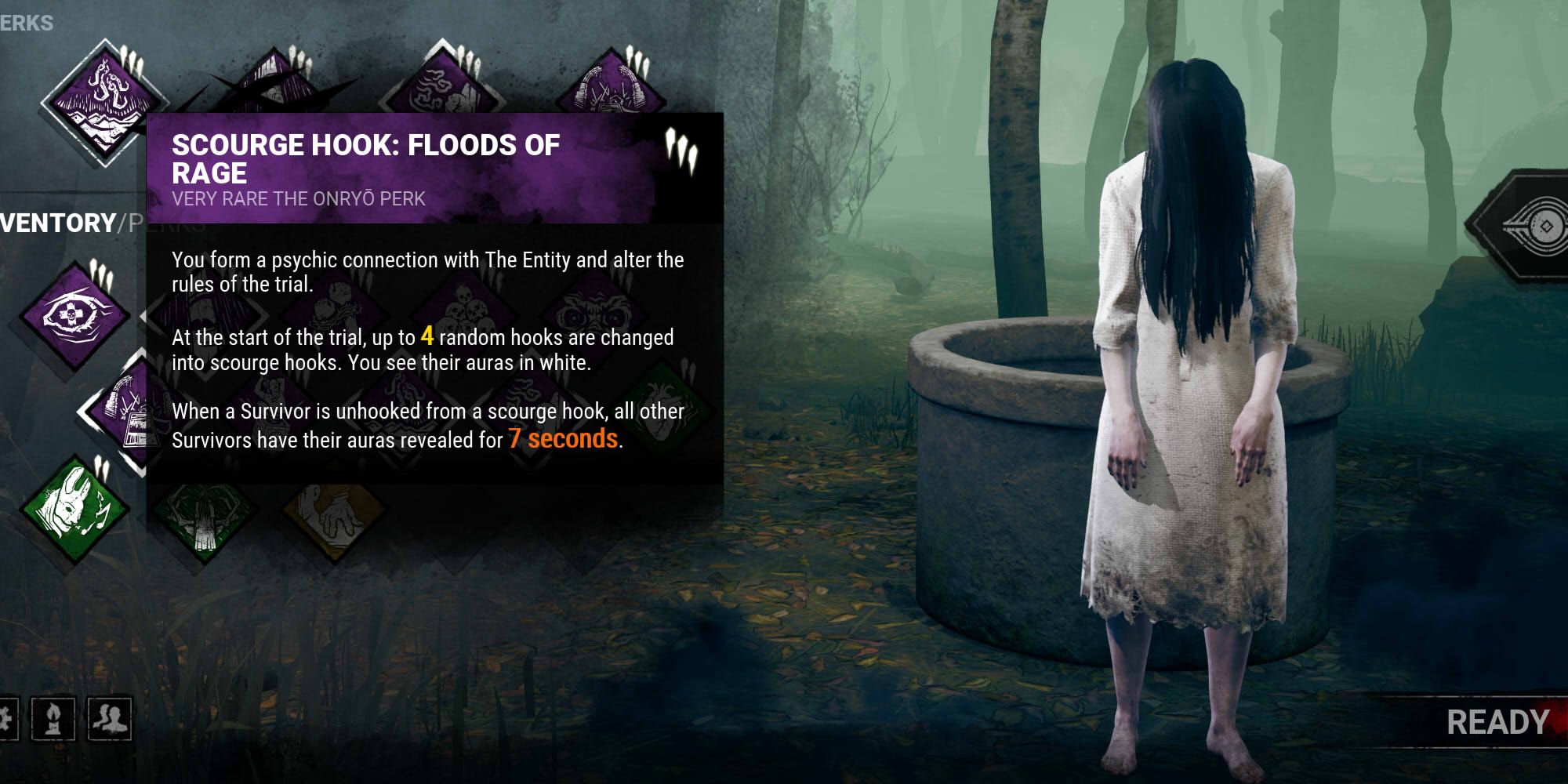 Scourge Hook: Floods of Rage, turns four random hooks into Scourge Hooks shown with white auras and in general interacting with survivors hooked on them and is compatible with other Scourge Hook perks. In this case, Floods of Rage activates when survivors are rescued from them, showing you the auras of all survivors for up to seven seconds at max rank.

This is arguably one of the most powerful tracking perks in the game, potentially allowing you to find the positions of survivors with surprising regularity, provided the Scourge Hooks are put in favorable positions and you get chases and downs quickly.

Fallout: Bakersfield Reimagines The First Game As A Doom Clone