Dead By Daylight: How To Counter The Dredge

The Dredge is an original killer in Dead By Daylight, released alongside the survivor, Haddie Kaur, during the game's Sixth Anniversary Celebrations. The killer's power is based around lockers, with the developers deciding to add more lockers on maps to allow the killer to use its power.

While The Dredge is not the strongest killer in the game, it's definitely up there. This is because of its anti-loop mechanics, along with the ability to teleport across the map and get people off generators instantly after a hook. Since the killer has unique mechanics, the plays to counter it also need to be unique in order for you to survive and escape.

Tips To Counter The Dredge 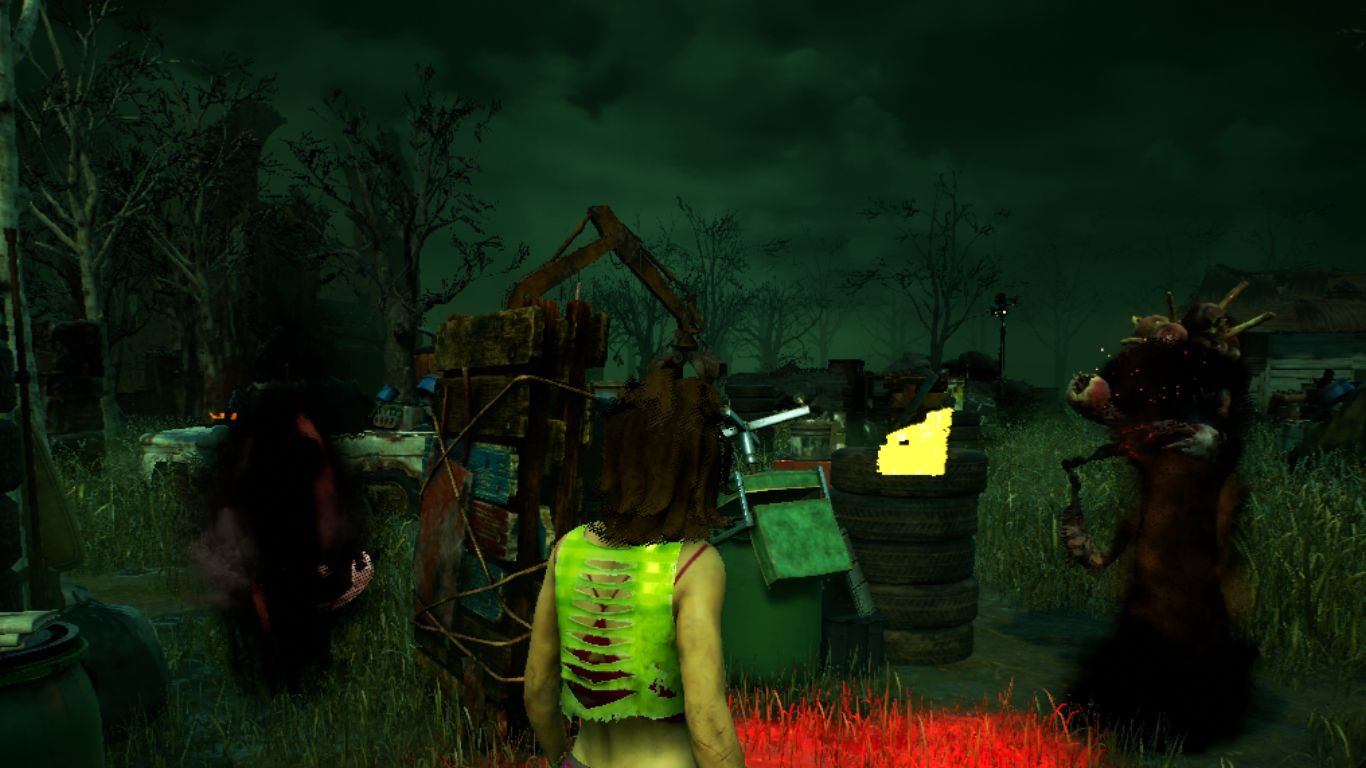 When you load into a trial, it is easy to identify if you're up against a Dredge. When you look at any lockers, you will see a glowing lock at their handles. These only appear when the killer is Dredge. So, if you know you're up against one, use these tips to evade it.

Avoid Lockers At All Cost

This one is for all the Dwight mains out there — lockers aren't safe against this killer. While you can still hide in a locker to avoid aura reading from Barbecue and Chilli, it's generally not a good idea as there is a high chance The Dredge will teleport to your locker. If you're in a locker as this killer teleports to it, you instantly go into a dying state, and there's a new animation of it finding you within the locker.

Similarly, while repairing a generator, try to find one as far away from any lockers as possible. While this can't be done on all the maps, some maps like Coldwind Farm or Haddonfield can serve as a hard counter for the killer, if the Survivors repair the right generators.

If you're forced to work on a generator near some lockers, make sure you at least lock them. Use the item button when near a locker to do so — it only takes a moment, and when The Dredge teleports to a locked locker it takes him much longer to get out. This gives you a chance to run away.

The locks are one-time use only. If you've locked a certain locker, you can't remove it. Once the killer teleports to the locker and breaks the lock, it disappears for the rest of the match. The killer can also hit the locks, if it sees them while passing a locker, to destroy them.

A lot of people aren't aware of the fact that The Dredge actually has an anti-loop ability. When it holds its power, the killer leaves a Remnant behind, while it walks at a speed slower than the Survivors. The catch is that it can teleport back to its Remnant, as far as there are stacks for its power left. When you're on a loop, you will see the killer use its power and follow you, while forcing you to go towards its Remnant. The player can just teleport to it and hit you, much like The Hag.

To avoid this, whenever you see the killer use its power, the best option is to leave the loop entirely and head to a different one. The killer is slower than you while holding its power, and there's a brief moment when it's extremely slow whenever the player decides to cancel the power.

Sometimes, the option to leave a loop doesn't exist, as you might be in a dead zone where you can't go to any other loop. In these scenarios, you can fake going towards the Remnant, and as The Dredge teleports to it, you can run back towards the killer's original position.

Nightfall is a mechanic that is unique to this killer, and it builds up over time. There is warning audio when the Nightfall is about to begin, and after it begins the Survivor's screen becomes extremely dark — making it almost impossible to see. The killer gets the Undetectable status effect, removing its terror radius for the duration. Nightfall is essentially the time when Dredge is the strongest, but if you listen carefully, you can avoid getting caught off-guard.

Dredge has a whooshing sound effect connected to the killer, which can be heard when it gets close to you. It is also directional, so you can tell where it's coming from. It is recommended to increase your volume against this killer, to hear it even better.

Staying injured during a trial increases the speed at which Nightfall starts. The more injured Survivors there are, the faster Nightfall will come back. So, make it a point to get yourself healed as soon as you can whenever you're injured.

Perks To Counter The Dredge 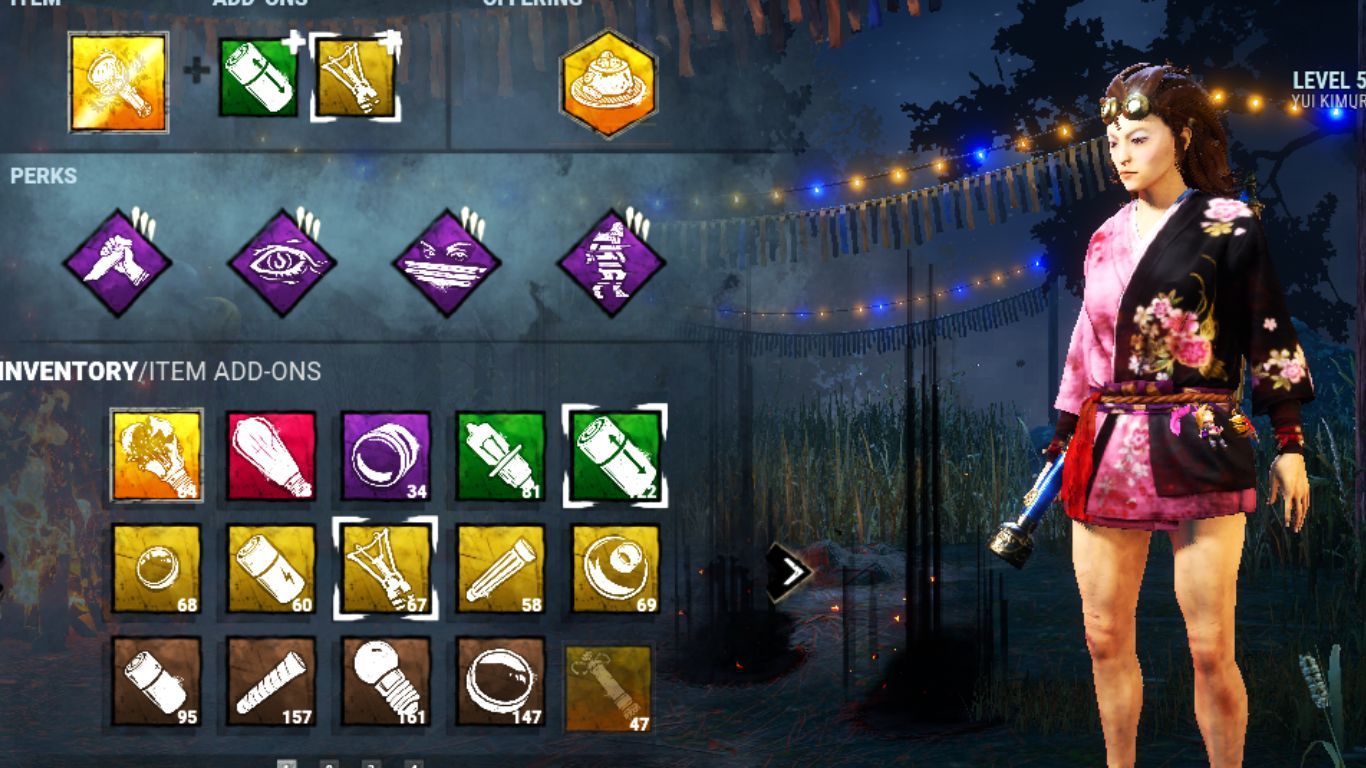 While there are no perks that directly counter The Dredge, there are some perks that can help against the killer's power if they're used in a certain way. Let's see how to evade the killer who ate our beloved Maurice!

While Decisive Strike is a good perk to run in order to avoid tunneling against any killer, it can sometimes work wonders against The Dredge. We all know that there's a mechanic with the perk where you can get into a locker, and the killer then has to either wait for 60 seconds or eat the stun if you have Decisive Strike. However, this can actually be used in an interactive way against The Dredge.

For example, if you have Decisive Strike, you're running around a loop that has lockers, and you know The Dredge would teleport to them to reduce the distance, you can preemptively go inside the locker and trigger the animation of it finding you inside. This will waste a lot of the killer's time, and give you the distance to head to another loop — hopefully without lockers this time, because the killer will definitely be angry if you pull this trick on them.

Simply put, it's a bad idea to get inside lockers in order to avoid the aura reading from Barbecue and Chilli, but how then do you avoid it? This is where Distortion comes in. Every time your aura is supposed to be revealed to the killer, Distortion consumes a stack and prevents that from happening. This way, you can avoid showing the killer where you are, without ever needing to get inside the closet and risk getting caught.

This perk can help you when a teammate is hooked, and it can help your teammates when you're hooked. The perk reveals the killer's aura whenever they are near a hooked survivor. Hence, even if The Dredge isn't camping, whenever they hook a Survivor, you can tell which locker they're going to teleport to based on the direction the killer is looking.

The Dredge gets an Undetectable Status effect during Nightfall. There was an update recently where the Killer's aura isn't revealed to the Survivors by any means if they have this status effect. So, during Nightfall, Kindred doesn't do its job.

Simply put, Windows Of Opportunity reveals the aura of nearby pallets and windows. While this perk is generally good for newer players, it can especially be good against Dredge during Nightfall. As you can't see where you're going most of the time, the aura revealed from this perk will help you find a loop and give you a general direction to run towards.

You can also combine this perk with Sprint Burst, meaning you can make distance even if The Dredge comes close to you during Nightfall. This can further be combined with Premonition, so you know exactly where the killer is coming from whenever it's near you during Nightfall.