The Xbox store page for the Dead Space remake has just gone live, offering the game's first official screenshots for what is unarguably our best look yet at the game's updated visuals and even darker atmosphere. It seems EA is gearing up for pre-orders to go live rather soon.

According to the page's description, "the sci-fi survival horror classic Dead Space returns, completely rebuilt from the ground up to offer a deeper and more immersive experience." Fans can expect "jaw-dropping visual fidelity, suspenseful atmospheric audio, and improvements to gameplay" while the game will stay faithful to the original's vision.

To illustrate that, EA shared some brand-new screenshots of the project, featuring the protagonist Isaac Clarke, now fully voiced by Gunner Wright, aboard the desolate spaceship USG Ishimura. This time, you will be experiencing all the tense moments without any interruptions, as you'll see loading screens only if Isaac dies. 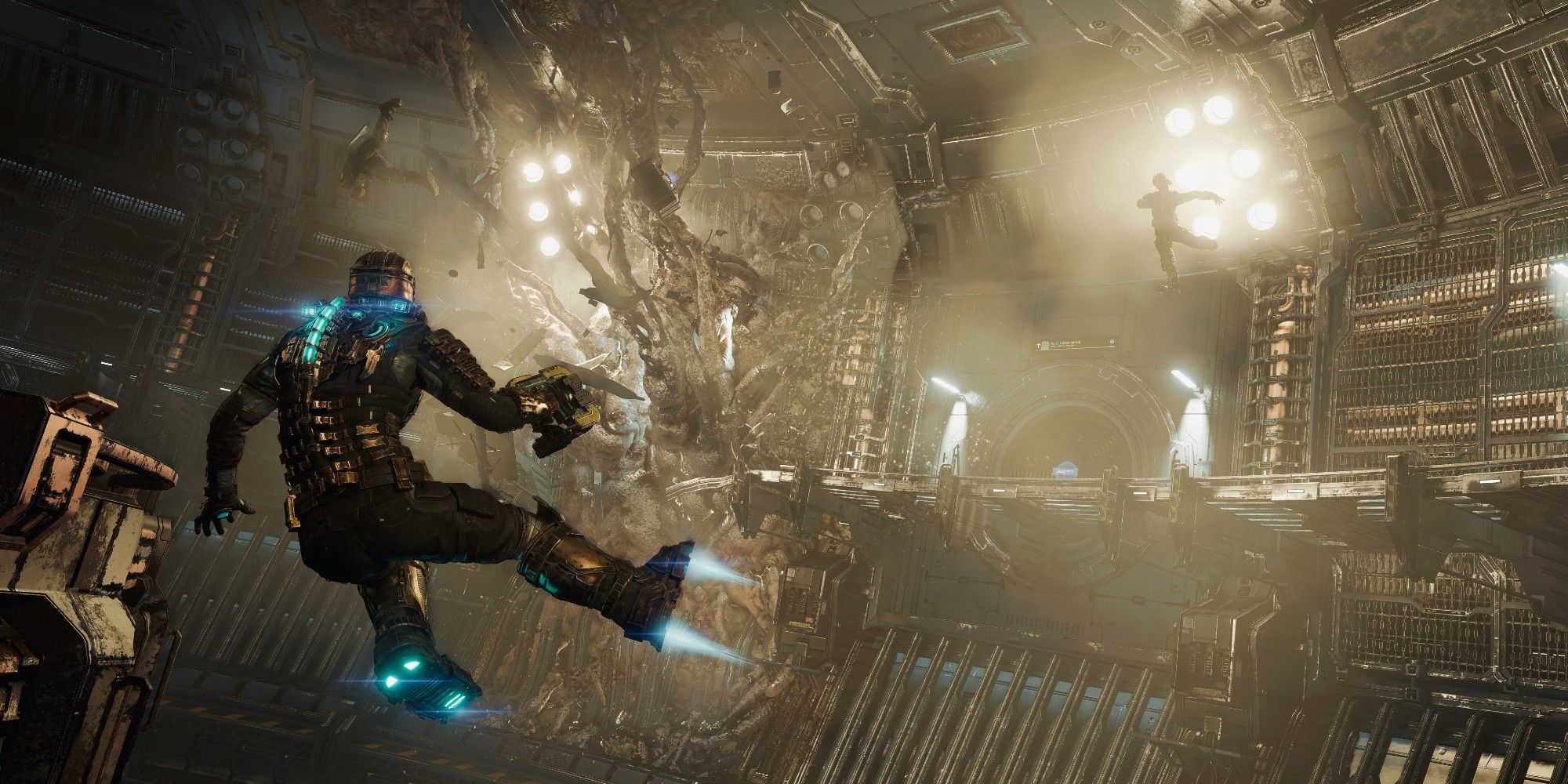 Electronic Arts has also recently started a series of developer diaries on its official blog, revealing some extra features fans can expect from the project. "We wanted to make it fit better in the overall story and lore of the Dead Space universe that evolved after the first one," creative director Roman Campos-Oriola said.

This resulted in the remake becoming much more open instead of strictly linear like the original. Players can explore the Ishimura freely and revisit the spacecraft's areas they've already been to before to find some extra resources or secrets they might have missed. What's more, you can actually meet previously unseen characters in Dead Space who only appeared in audio logs before, like Dr. Cross. There's also an extra background and agency to the major cast to make the story more immersive.

You can learn more about the upcoming game on EA's blog post here. According to insider Tom Henderson, more information about Dead Space Remake will follow in mid-October, including the first hands-on previews and gameplay impressions. Pre-orders for the game will likely become available around the same time.