Grenade Launchers in particular have seen significant changes since the game’s inception. Originally, the weapon category dealt little damage and brought little utility to justify using over Rocket Launchers. Since multiple expansions and updates have gone by, Grenade Launchers now dominate the heavy slot as best-in-slot weapons for players to use. While there are a good variety of Grenade Launchers to choose from, some are much better than others. Here are the 10 best Grenade Launchers you should be using in Destiny 2. 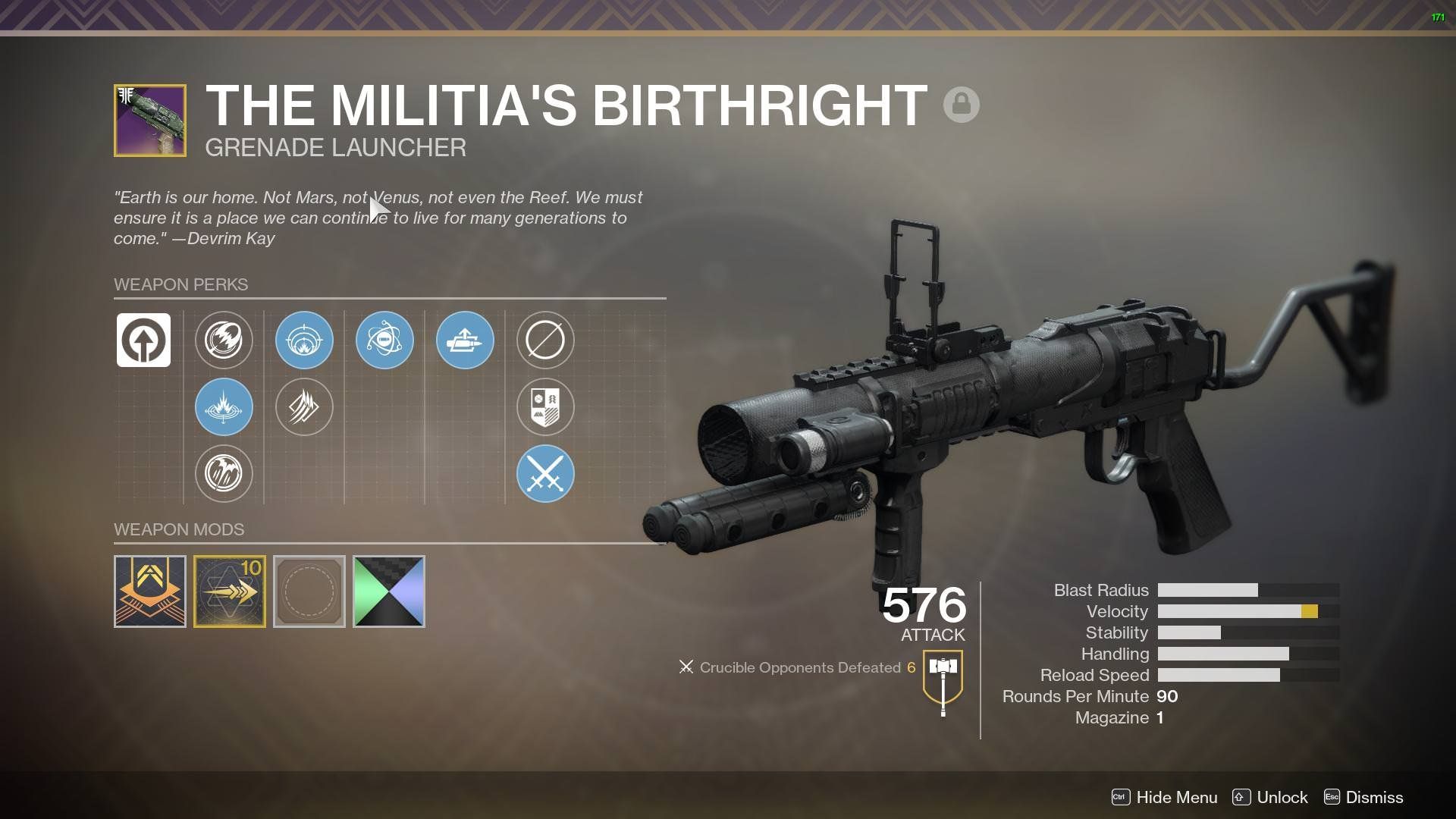 When Lake of Shadows becomes the Nightfall for the week, you can choose to farm that mission to earn this special Grenade Launcher. This Grenade Launcher can roll both damage perks like Spike Grenades as well as more utility-focused perks like Auto-Loading Holdster. If you do own Mountaintop, farming a Miltia’s Birthright with Blinding Grenades and Auto-Loading Holdster with Quickdraw can be a nasty opener for PvP engagements. 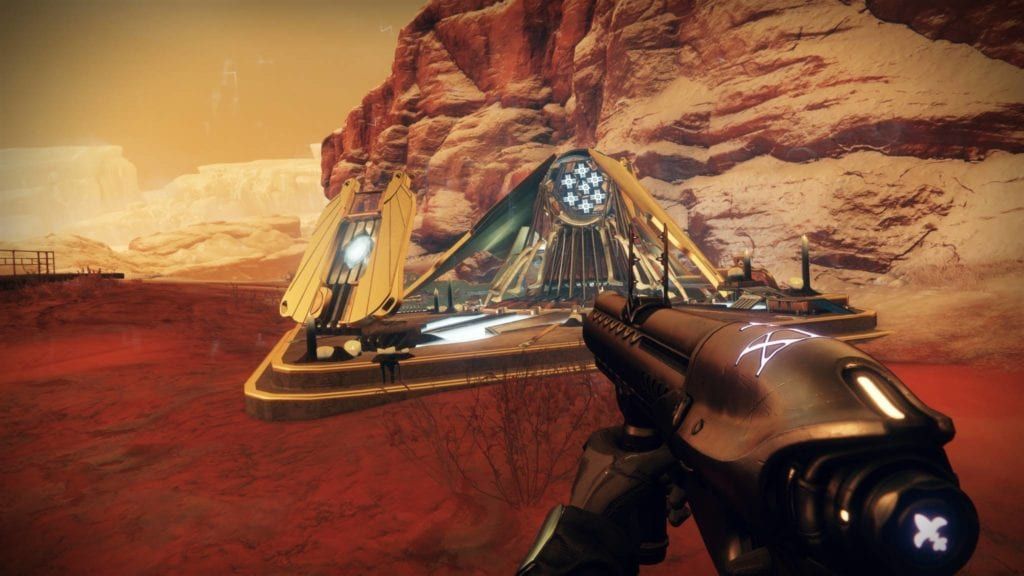 With the introduction of the Sundial activity in Season of Dawn, there are a few new weapons for guardians to farm that are themed around Saint 14.

Martyr’s Retribution is a beautiful Grenade Launcher that effectively shoots out Thermite grenades on impact. It can roll with Demolitionist or Lead from Gold, resulting in this Grenade Launcher being a great choice for any PvE activity. It isn’t bad for PvP necessarily, but weapons like The Mountaintop are going to generally be better for 1 on 1 engagement than Martyr’s will be. 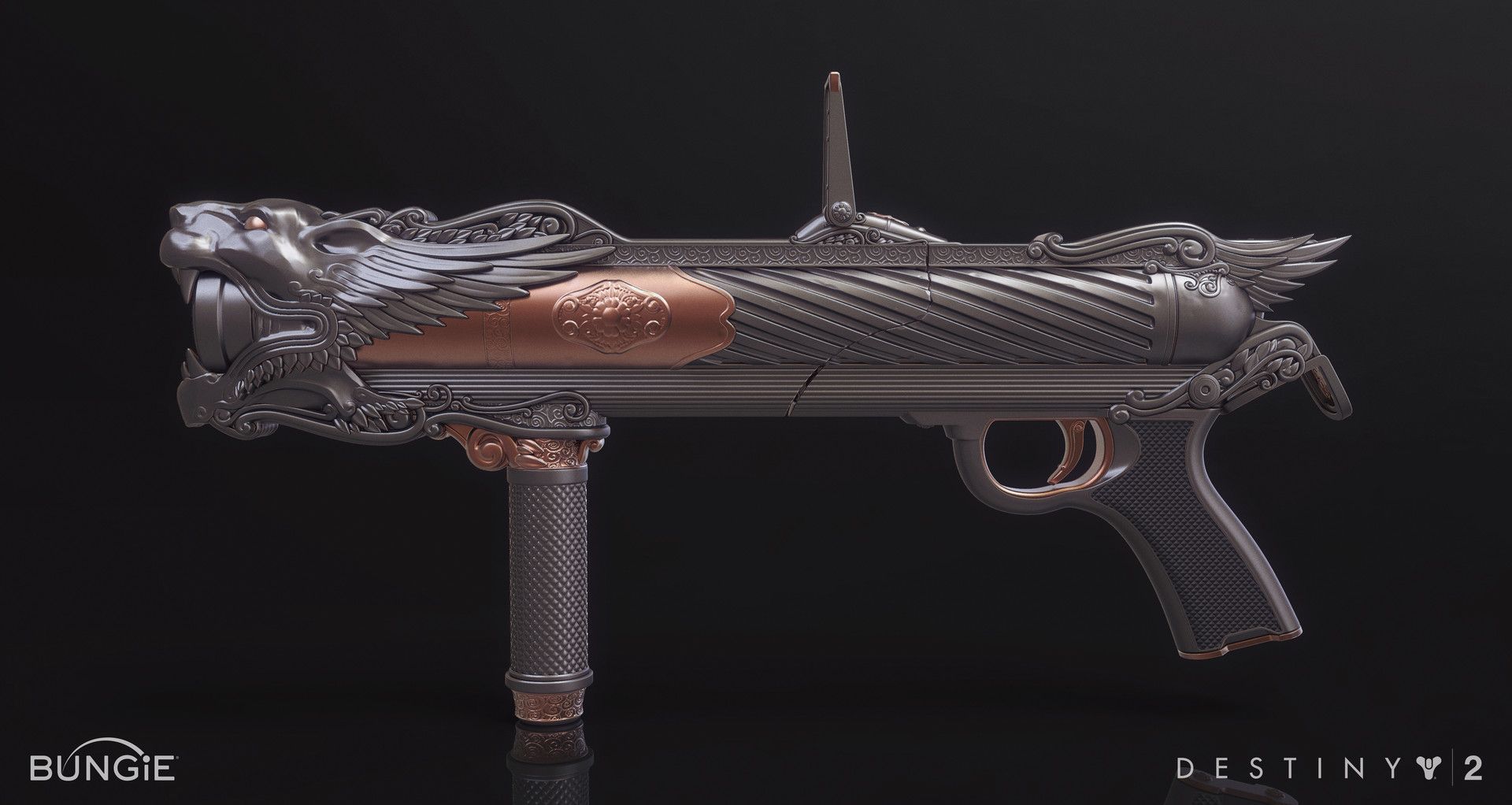 Fighting Lion was notoriously bad during most of year 1 for Destiny 2. This Grenade Launcher could barely kill anything in PvE or PvP.

Fortunately, this is no longer the case. Fighting Lion, when used properly, can be a great workhorse weapon in PvE or a downright monster in Crucible. This weapon’s grenades can be manually detonated mid-air by releasing the trigger, which can result in skilled players killing enemies out of their sightline. Better yet, rapid kills against enemies damaged from the blast auto-reload the weapon to allow the chaos to continue. Even though it takes an Exotic slot, it’s worth it if you can wield this unique Grenade Launcher properly. 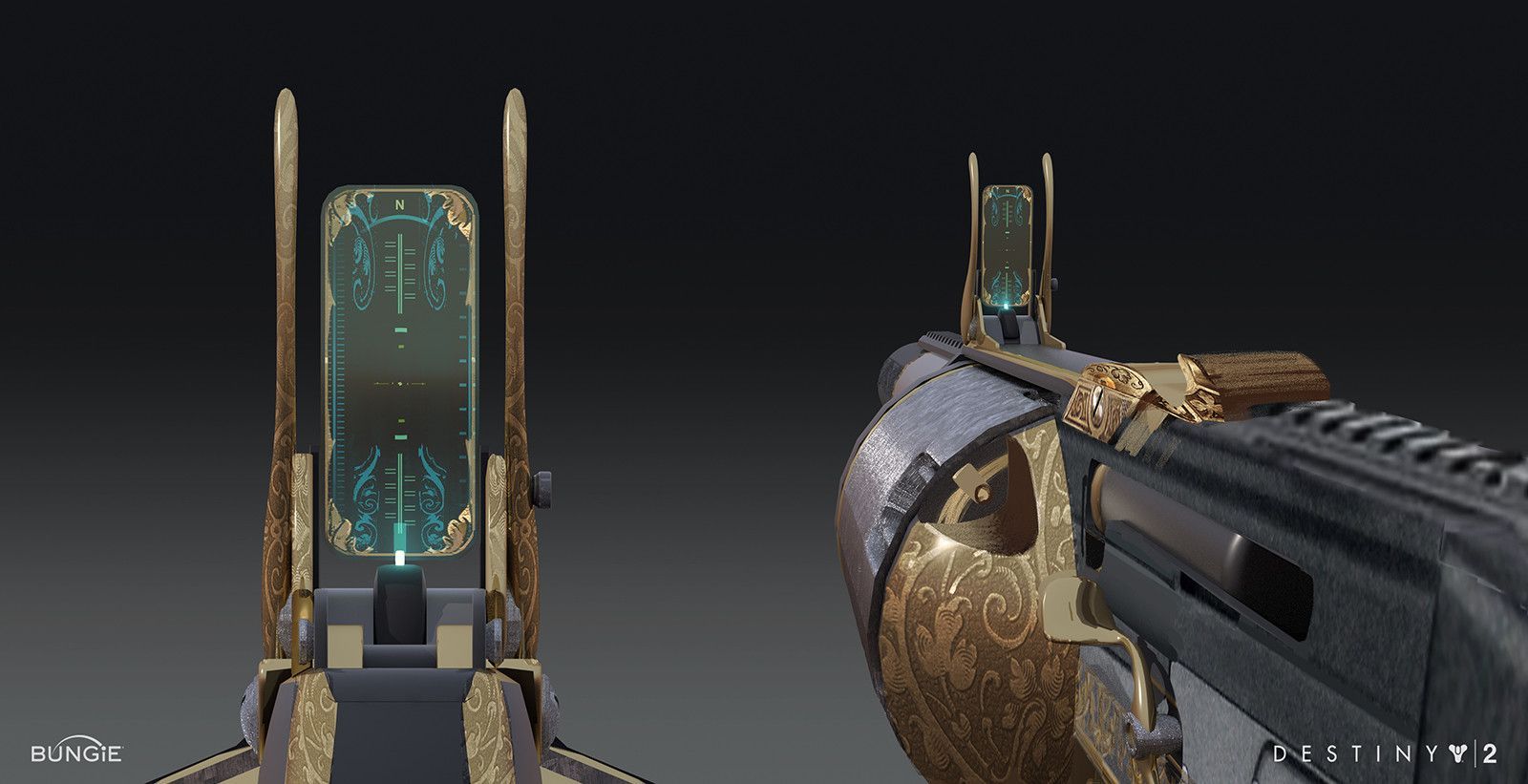 Grenades fired from this weapon detonate for a massive amount of damage, further amplified by the burning damage over time effect that gets applied after each explosion. While auto-reloading rifts and barricades have been removed from the game, Prospector is still a great burst DPS option for any type of PvE content. Just remember to keep an eye on your ammo, as you can burn through all of your grenades very quickly with this Exotic.

6 Swarm of the Raven 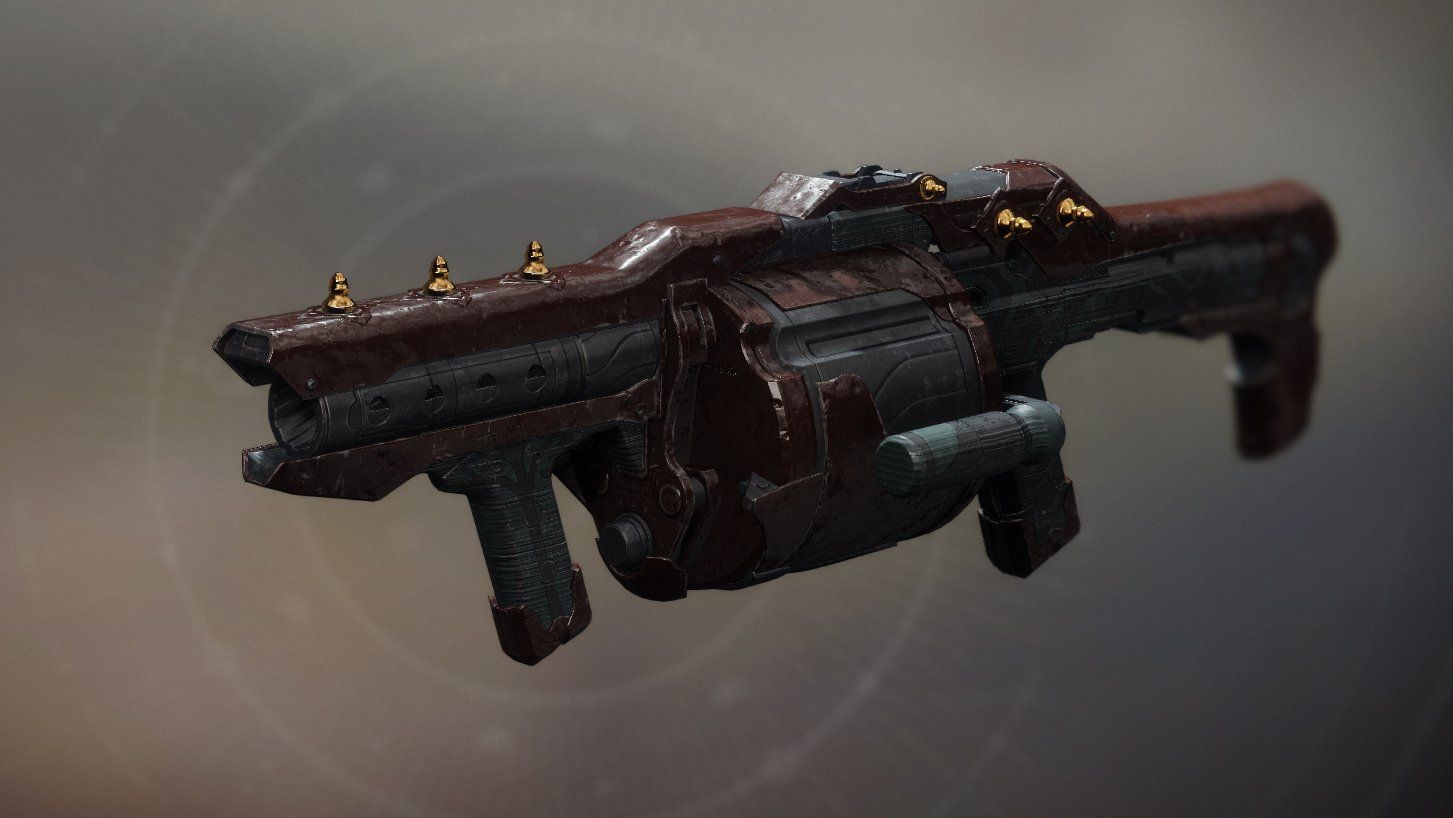 Before Shadowkeep reworked the weapon sandbox as a whole, Swarm of the Raven dominated most player’s heavy weapon slot because of how much damage it dealt.

Since multiple nerfs have occurred, Swarm isn’t nearly as powerful as it used to be. That is mainly because of buff and debuff changes, however, and not with the weapon itself. Swarm still deals a large amount of damage per shot thanks to Spike Grenades, but it lacks perks like Full Court that more recent Grenade Launchers can acquire. Even so, there are few enemies in Destiny 2 that can survive a direct shot from this Iron Banner heavy weapon. 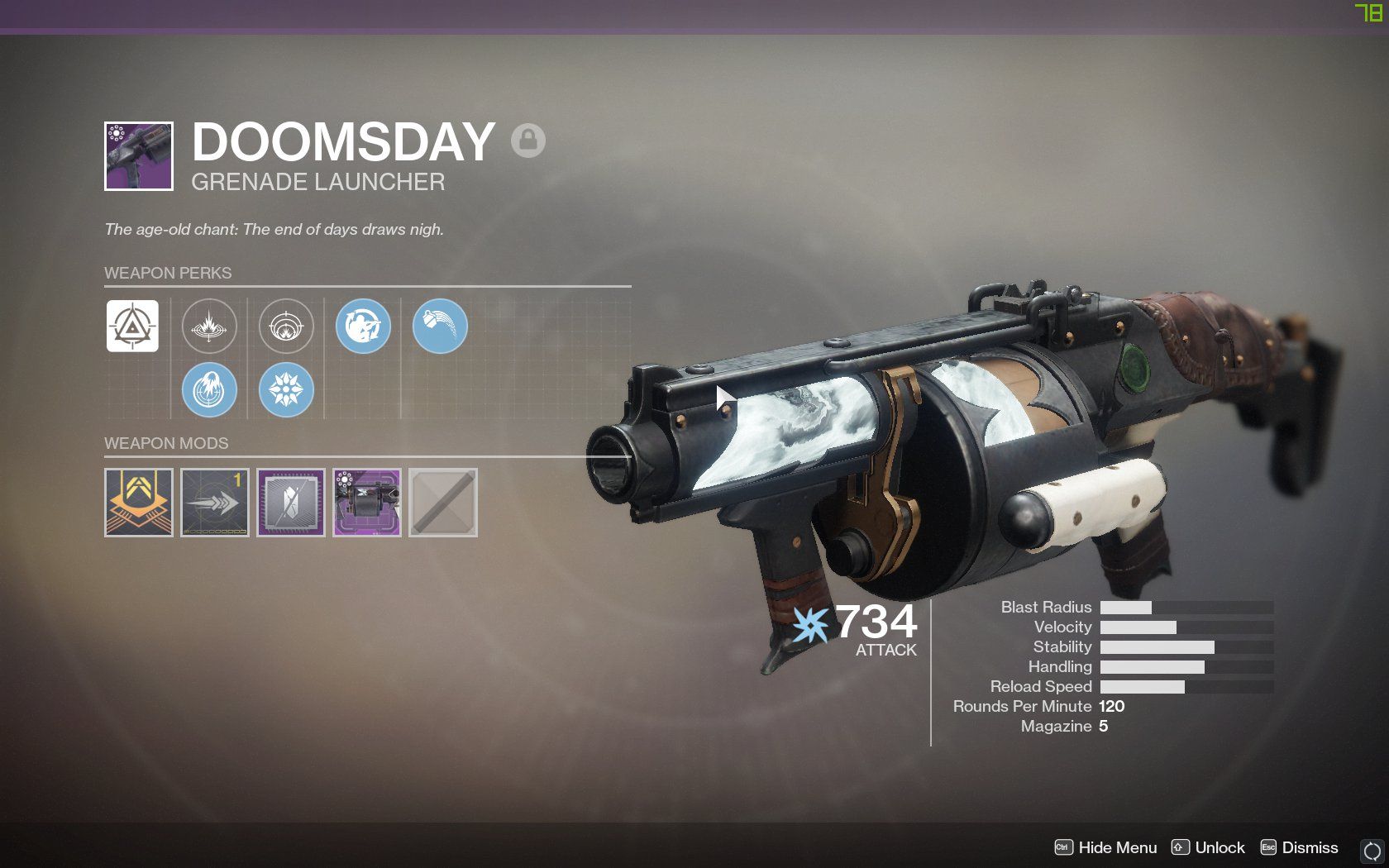 There are very few weapons in Destiny 2 that can roll Demolitionist, but Doomsday just so happens to be a weapon that can roll with this unique perk.

This heavy Grenade Launcher can only be earned from Reckoning, but it is one of the only Grenade Launchers that can roll either Demolitionist or Full Court. Full Court is a good pick for extra damage, but Demolitionist is what is really interesting here. Kills with this weapon will grant grenade energy, and that grenade can then be thrown to automatically reload Doomsday. Combined with Ashes to Assets, you can have a Super charged in seconds. Better yet, add an armaments mod to your armor for infinite heavy ammo and kill everything in sight. 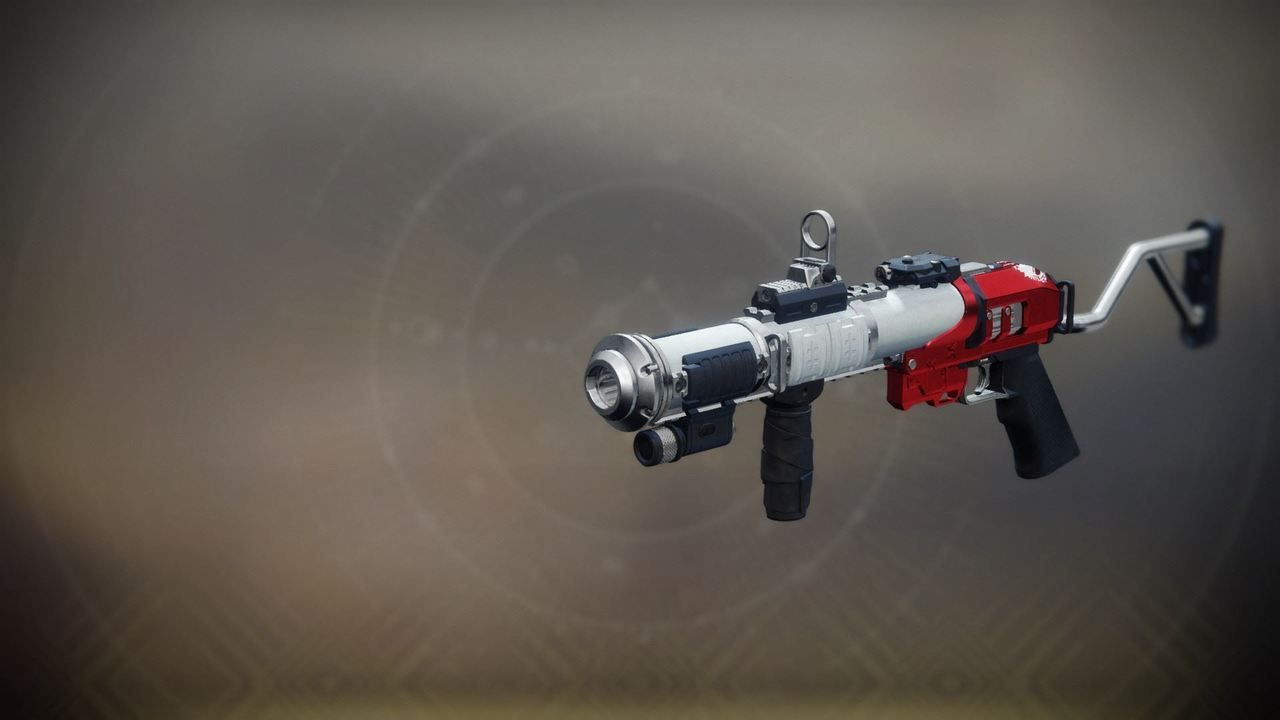 The pain caused by that quest pays off when you earn it. The Mountaintop comes with an absurdly high velocity rating to make its grenades travel at the pace of a rocket. Its unique perk turns the grenade into a pseudo-rocket as well, instantly killing guardians in PvP with a direct hit. It takes time to learn, but masters of this gun can turn entire PvP matches around while using it in PvE to kill hordes of enemies. 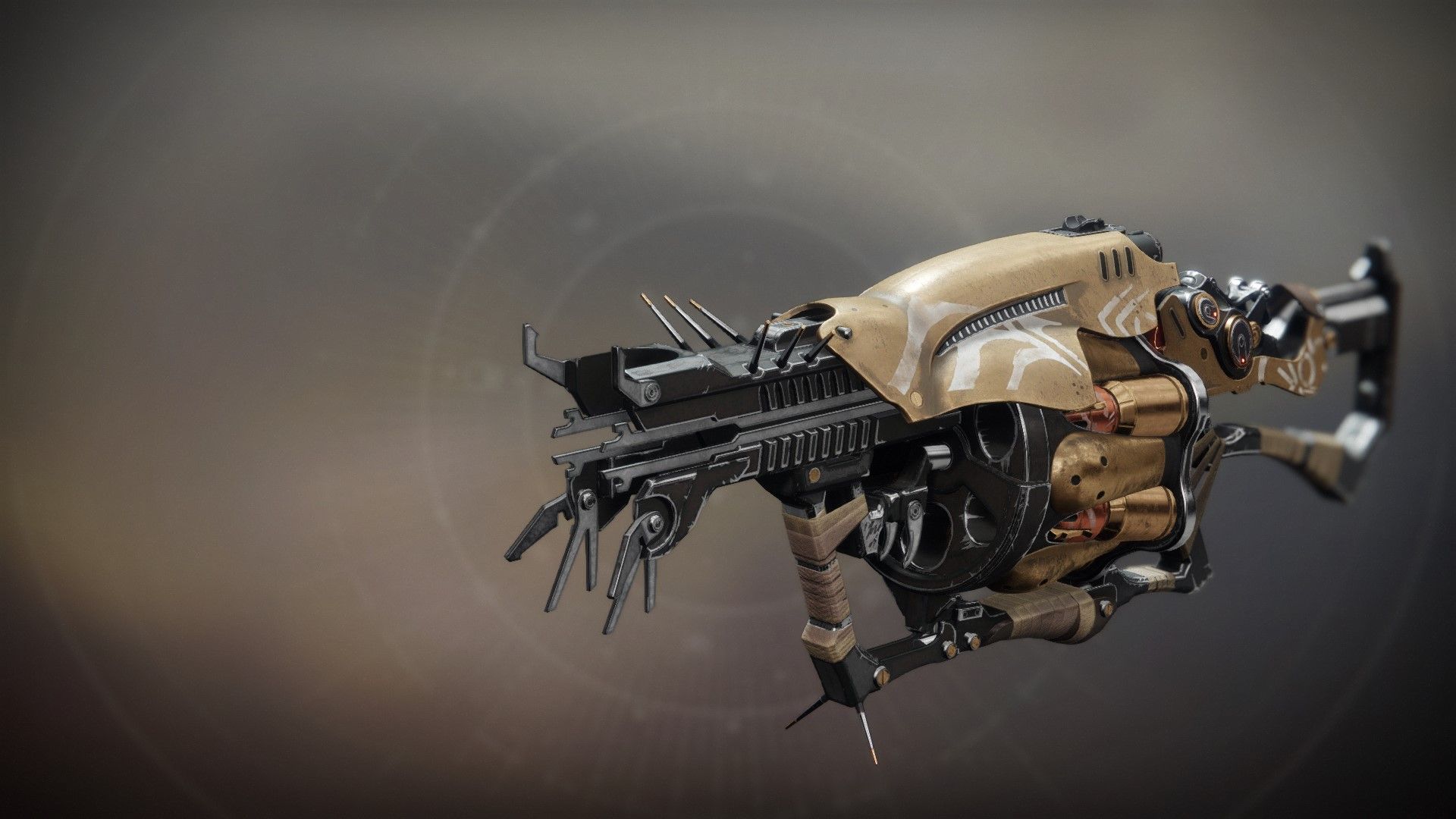 Anarchy is less of a Grenade Launcher and more of a trap launcher. This Exotic heavy weapon can be obtained from the final boss of the Scourge of the Past Raid.

Anarchy does very little damage on its own and relies on your special weapon to churn out DPS. Luckily, the grenades fired from Anarchy apply an electric damage over time effect for near 10 seconds, giving you ample time to swap weapons and damage the enemy. When Anarchy is combined with a Sniper Rifle or Shotgun, the damage you can do outclasses most heavy weapons in the game. 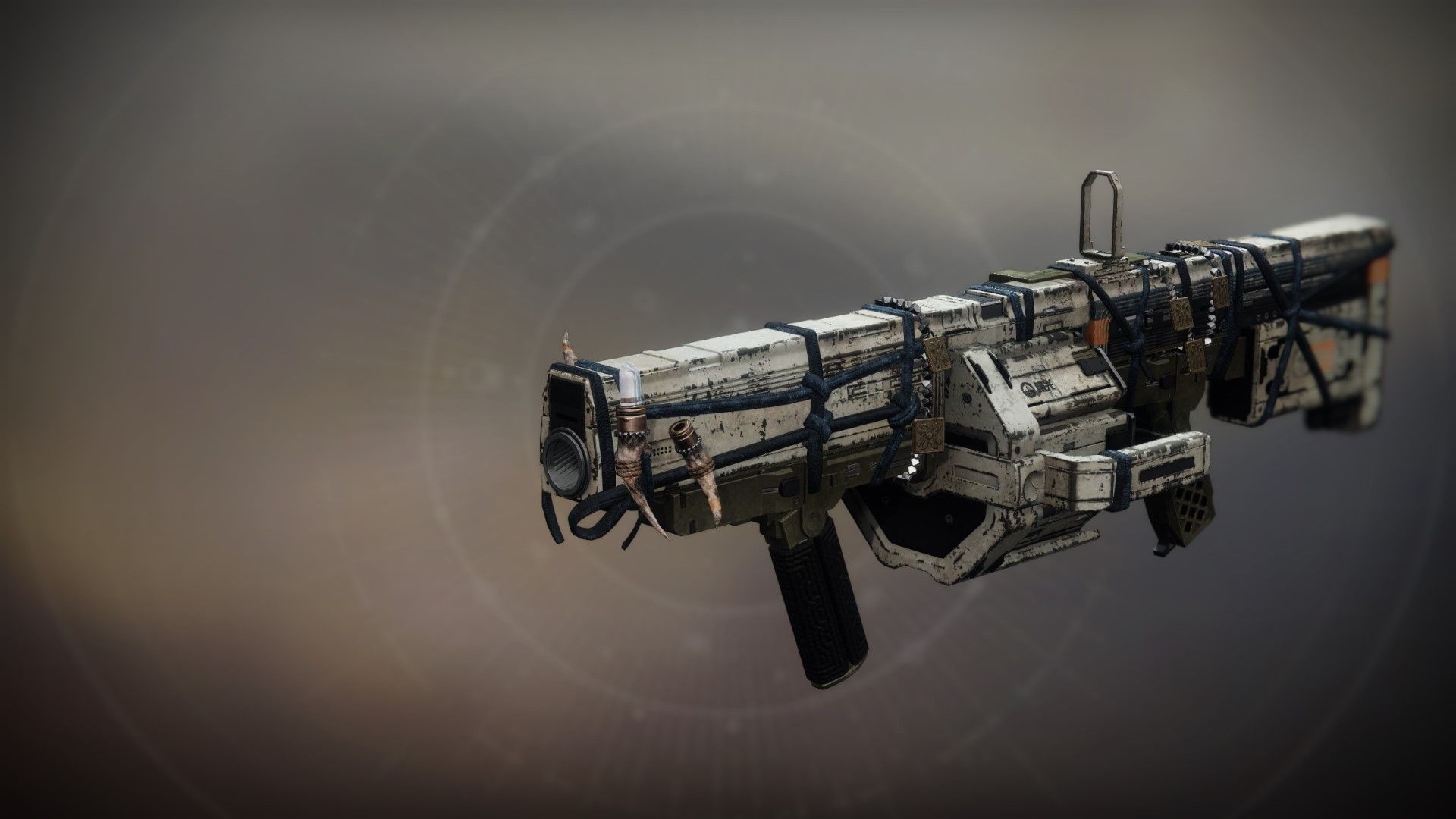 Very few thought that a Grenade Launcher could beat Swarm of the Raven. It didn’t seem possible, as Swarm’s damage with Tractor Cannon and Well of Radiance was extraordinary.

That all changed with Shadowkeep, both because of the massive sandbox changes made and the addition of new Moon weapons. One of these Moon weapons you can farm is Love and Death. The unique trait that separates it from the rest is the ability to roll Spike Grenades and Full Court at the same time, allowing this Grenade Launcher to out damage all Grenade Launchers in Destiny 2 when it comes to sustained DPS. For burst DPS, there is only one weapon that can beat it. 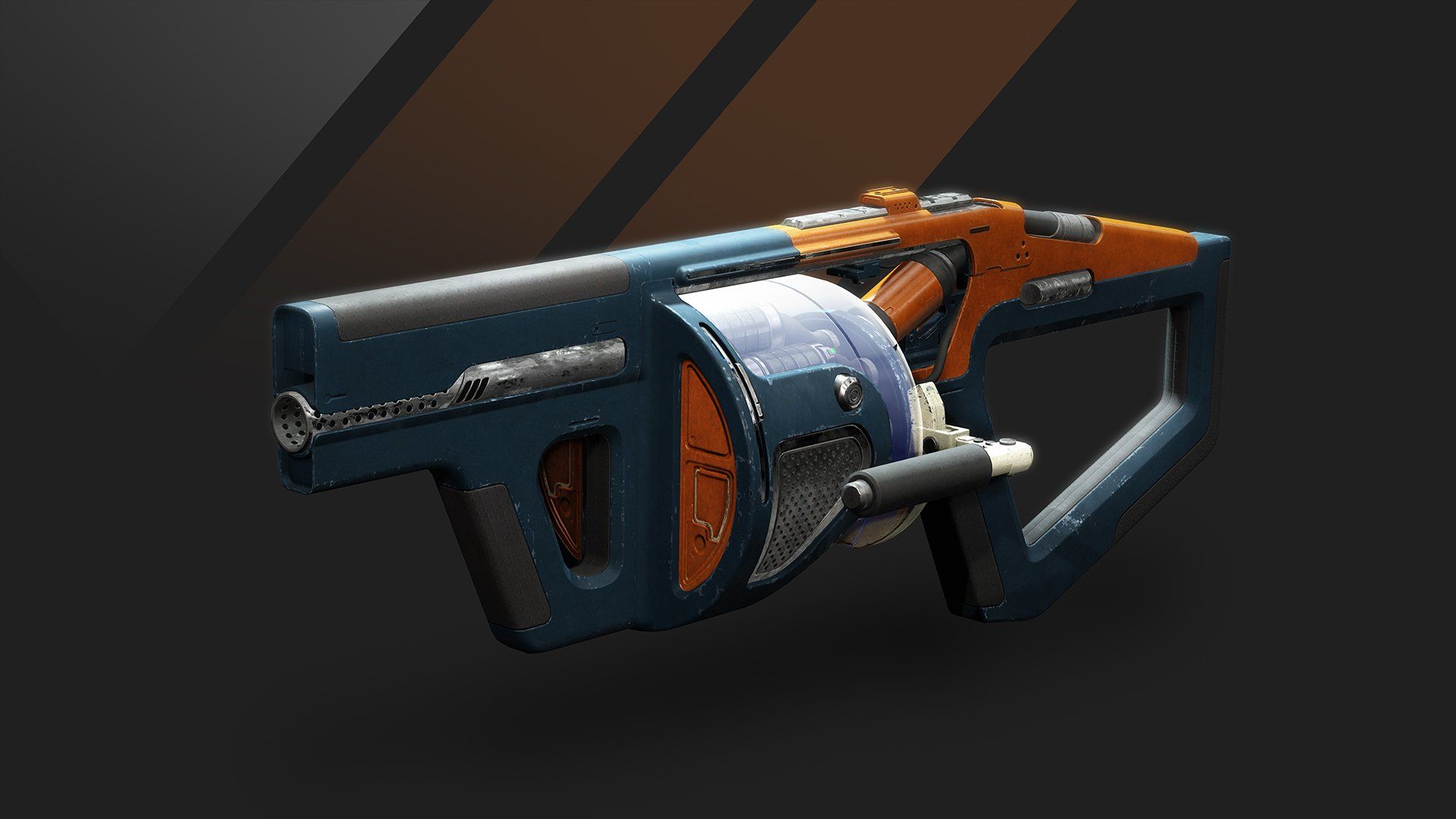 Before Season of Dawn introduced Taking Charge, there was no other way to grab Orbs of Light while your Super was charged besides using Wendigo GL3.

Even then, it is hard to justify not using this weapon when comparing it to other heavies. Wendigo gains damage and explosive radius for every Orb of Light grabbed, which can stack up to 6 times. This is easy to do, as masterworked weapons generate orbs liberally. The damage output when you have 6 stacks is simply insane, killing most bosses in a single magazine. There simply isn’t a better Grenade Launcher you can use in Destiny 2 currently.