Destiny 2 Trials of Osiris rewards and loot this week 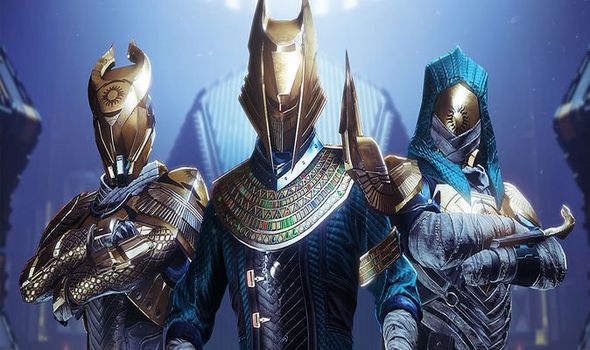 The Destiny 2 Trials of Osiris PvP event will be rolling out again with fresh rewards and standard rules.

Last week included a Zonal experimental build that will not be in play when the Trials begin on November 19.

Bungie has made no mention of changing the rules again this week or cancelling the event, so it’s assumed Trials will be kicking off between 5pm and 6pm GMT.

Osiris rewards will not be known until the event kicks off, and it might take a little time to find out the complete loot list. It will be Guardians having to do the hard work as Bungie rarely ever provides clues beforehand.

Trials now boast a seven-win challenge, which will be available from Saint-14, and provides the Adept Flawless loot. Reputation gain per match has been scaled by the number of round wins on a ticket, and Trials passages are now account scoped.

Bungie has confirmed they have reduced the round time to 90 seconds, with each round starting with fresh special ammo.

Cross-Play must be enabled to participate, which also requires the purchase of the current yearly expansion.

Bungie has also outlined how they plan to make changes to the game in the future that will help shape the PvP contest in Trials.

This won’t be the rule changes that are being worked on but will instead stem from the major tweaks being made to abilities.

A message from Bungie explaining the upcoming changes being planned for the 30th Anniversary update in December, explains:

“Since Destiny’s launch in 2014, Super energy gain has been almost entirely passive. Your Intellect stat dictates how quickly your Super regenerates, with a few other elements like Orbs of Power, armour and weapon perks, and defeating targets as active sources.

“This system worked well for a long time but has issues that have grown more obvious as the game has evolved and overall player skill—especially skill in evaluating how to play around their character build—has increased.

“In high-stakes game modes like Trials of Osiris or Survival where each life is precious, passive play becomes more common as players sit back and wait for their Supers to close out a tied game. In general, we want the most efficient way to gain Super energy to be actively engaging in combat. That doesn’t mean you need to win every fight, but we want you to try.

“To get us closer to that goal we’re making a big change to the system. Super regeneration will still have a passive component scaled by your Intellect stat, but at a significantly reduced rate. On top of your passive regeneration, you will also gain Super energy by dealing and taking damage to or from opponents.

“Everybody should get at least one Super in a 6v6 match that goes to the score or time limit as long as they engage in regular combat.

“Supers should be less frequent in 3v3 modes than in the live game, where two Supers per match is a fairly regular occurrence.”

The full list of Trials rewards will be added to the top of this article when they have been revealed by Guardians.