Beyond Light arrives in just over a month, but Bungie is ramping up the hype with a new trailer for a different trailer that arrives tomorrow. That’s trailer-ception.

The new trailer (that’s the one that came today) is narrated by Beyond Light nemesis Eramis, who is broadcasting to all the Fallen in the solar system that her House of Darkness will lead them into the future. While she’s barking political slogans, we’re treated to some slow-motion rotational views of a new Exotic sniper rifle and pulse rifle that are both frozen in Europa’s ice.

That pulse rifle is something we’ve already seen before. Called “No Time To Explain,” it was already promised to anyone who pre-orders Beyond Light. That sniper rifle, however, is entirely new. Judging by its ornate and unique appearance, it’ll likely be another Exotic weapon that arrives with Destiny 2’s latest expansion.

Beyond Light’s website already has a screenshot of the new Legendary weapons that will be available, and they definitely look different. Bright red rebar and bumper-style stickers make each weapon seem more like a skateboard that fires bullets than an auto rifle or shotgun, and especially so that rocket launcher.

Bungie has also showcased the new ritual pursuit weapon that will arrive with a quest in Beyond Light. Called “Adore,” this Beloved sniper rifle clone will have four perks to choose and can be acquired from doing your favourite activity: Strikes, Crucible, or Gambit. After you get Adore, you can then get a quest from each activity vendor to obtain a stylized ornament that gives the sniper rifle a Strike, Crucible, or Gambit motif. 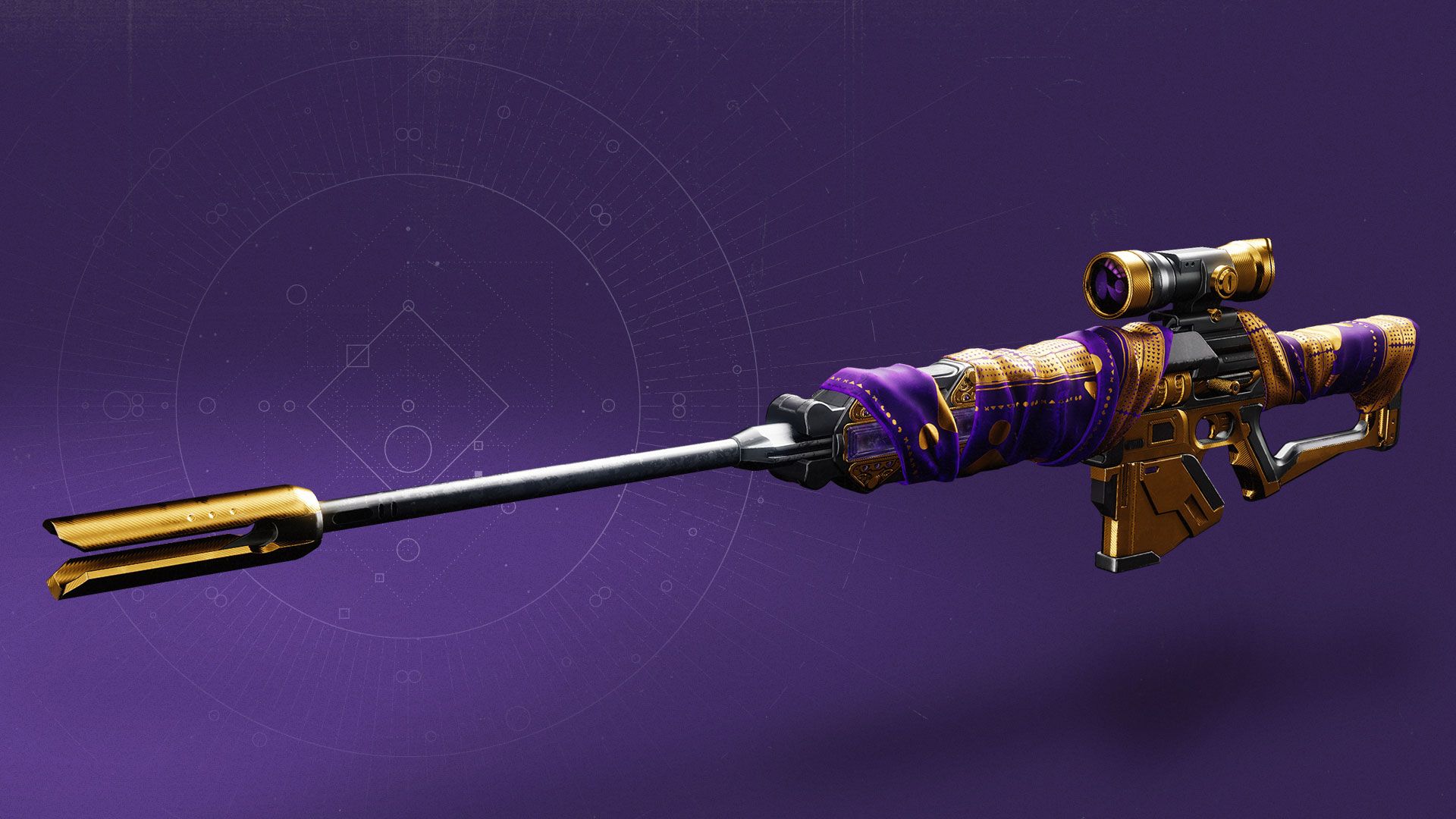 We’ll find out more about Destiny 2: Beyond Light’s new weaponry tomorrow. In the meantime, Tuesday is here, and that means the Festival of the Lost has returned to the Tower along with everyone’s favorite space grandma. You can check out the details here in order to get started on acquiring as much candy as a Guardian can contain.