Destiny 2 Xur location: Where is Xur today? What is he selling? 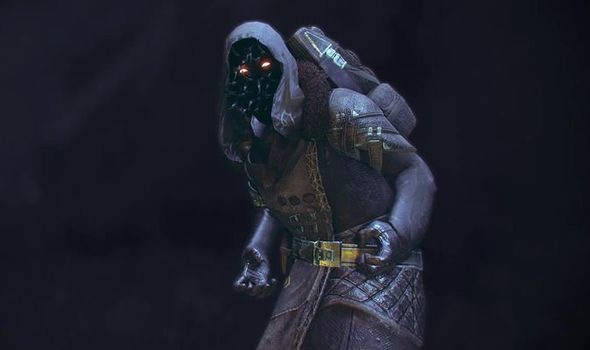 Some major Destiny 2 events are being put on hold following the launch of Season 15, but finding where Xur isn’t one of them.

Bungie will be launching a new wave of patches as they look to fix any annoying bugs causing issues following the start of the Season of the Lost.

Things are going to be busy for a while, but Guardians can rely on the return of Xur later today, Friday, August 27.

It’s unclear what new loot he will bring to the game, but Guardians are hoping for a special lineup to help celebrate the start of Season 15.

As usual, Xur will be returning to the map in a random location, providing an assortment of gear that he will swap for Legendary Shards.

Last week, Xur was selling the Trinity Ghoul for 29 Legendary Shards, One-Eyed Mask for 23, Raiden Flux for 23, and Sanguine Alchemy for 23.

Xur will be returning to one of his usual haunts at 6pm BST and will be available to visit until August 31.

This is when the Weekly Reset will begin and will end a number of different activities across Destiny 2.

While Xur will be starting on time, other activities are skipping the first week of Destiny 2 Season 15.

Bungie has confirmed that Trials of Osiris will not be back this week and will be returning on September 10.

This is due to Bungie wanting gamers to focus on the new features available and they’re also making some big changes to how rewards work.

A message from the Destiny 2 Trials team explains: “We’d like to give players more reason to play past three-win rewards.

“As such, we are opening up more rewards to more players, more often. Saint-14 will be receiving a full Reputation overhaul and be gaining the ability to focus Trials engrams to specific rewards.

“Adept weapons will continue to require a full Flawless passage to be earned. Saint-14 is getting new Trials ranks, reputation, and a rewards track.

“Trials tokens have been retired and reputation is gained at match complete, based on the number of rounds won on your Ticket.

For anyone who has forgotten, Legendary Shards used by Xur are remnants of powerful items used to improve gear or trade for other stuff.

It should also be noted that Xur will be dropping items similar in power level to your character.

And another part of Xur that is new to the latest version of Destiny 2 is that he now drops Cipher Quests for free.

The Quest will reward you with an exotic Cipher, and last week included completing 21 Strikes or winning the same number of Crucible or Gambit matches.

Every week, Guardians can acquire one Exotic Engram using Legendary Shards that will decrypt as Exotics that aren’t already in your collection.

Xur is one of the only areas of the game that remains unchanged and provides pretty much the same services as back in the original game.