A great mystery can intrigue you with its premise alone. All it takes is a single sentence to grab hold of your imagination and refuse to let go. This is something detective game Sherlock Holmes: Crimes and Punishments understands. Among the mind-bending mysteries it asks you to solve is a train mysteriously disappearing in the middle of the night, a murder in a windowless sauna whose door was locked from the inside, and a sailor gruesomely pinned to a wall with a whaling harpoon. You immediately want to know what happened, right?

Ukrainian developer Frogwares has been making Sherlock games for ages—and recently crowdfunded a new one—but Crimes and Punishments remains the studio's finest work. Set in Victorian Britain, you play as the titular legendary detective and are called upon to tackle baffling cases that seemingly defy all logical explanation. It's a gloriously realised period setting, taking you to cobbled streets, palatial Roman baths, mist-shrouded railway platforms, and lush gardens—all of which are beautifully rendered and drenched in atmosphere. 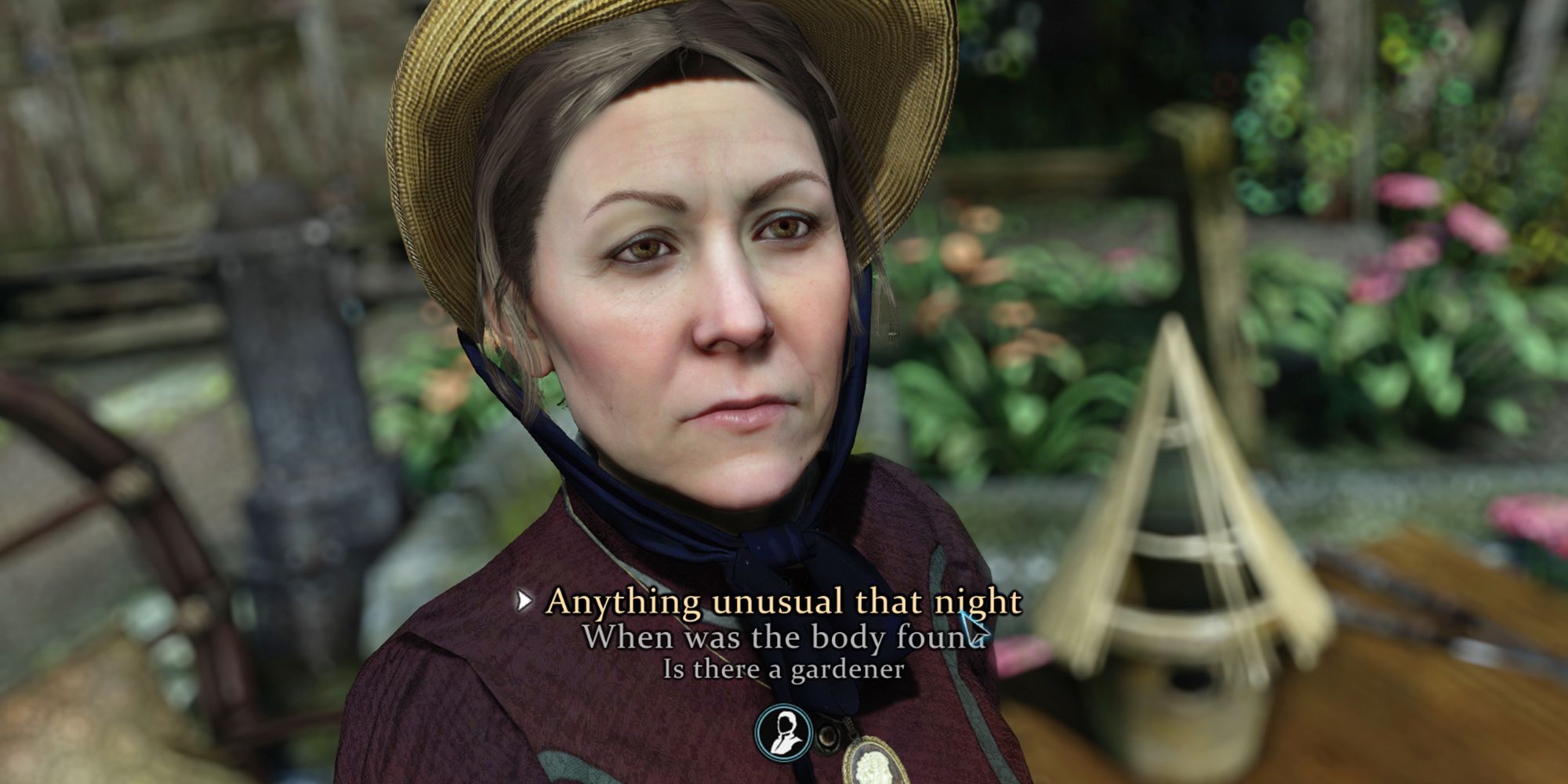 But just because you're in control of a genius like Sherlock Holmes doesn't mean these cases are a walk in the park. The genius of Crimes and Punishments, and what elevates it above the majority of detective games, is that it's entirely possible to pin the crime on the wrong person. You're given the agency to draw your own conclusions, connecting synapses in a visual representation of Sherlock's brilliant mind to determine how the crime occurred and who was responsible. However, just because the evidence adds up doesn't mean you're right.

At the end of a case, having gathered enough evidence and accused someone of the crime, you're given a choice: reveal who the culprit was, confirming or disproving your grand final theory, or you can just move on and live with your decision and never know if you were right or not. If you choose the former you can go back and try again, but I prefer the latter option. To this day I still don't know if I sent the right people to jail. It's bold of a detective game to let you do this, but another example of the brilliance of Crimes and Punishments. 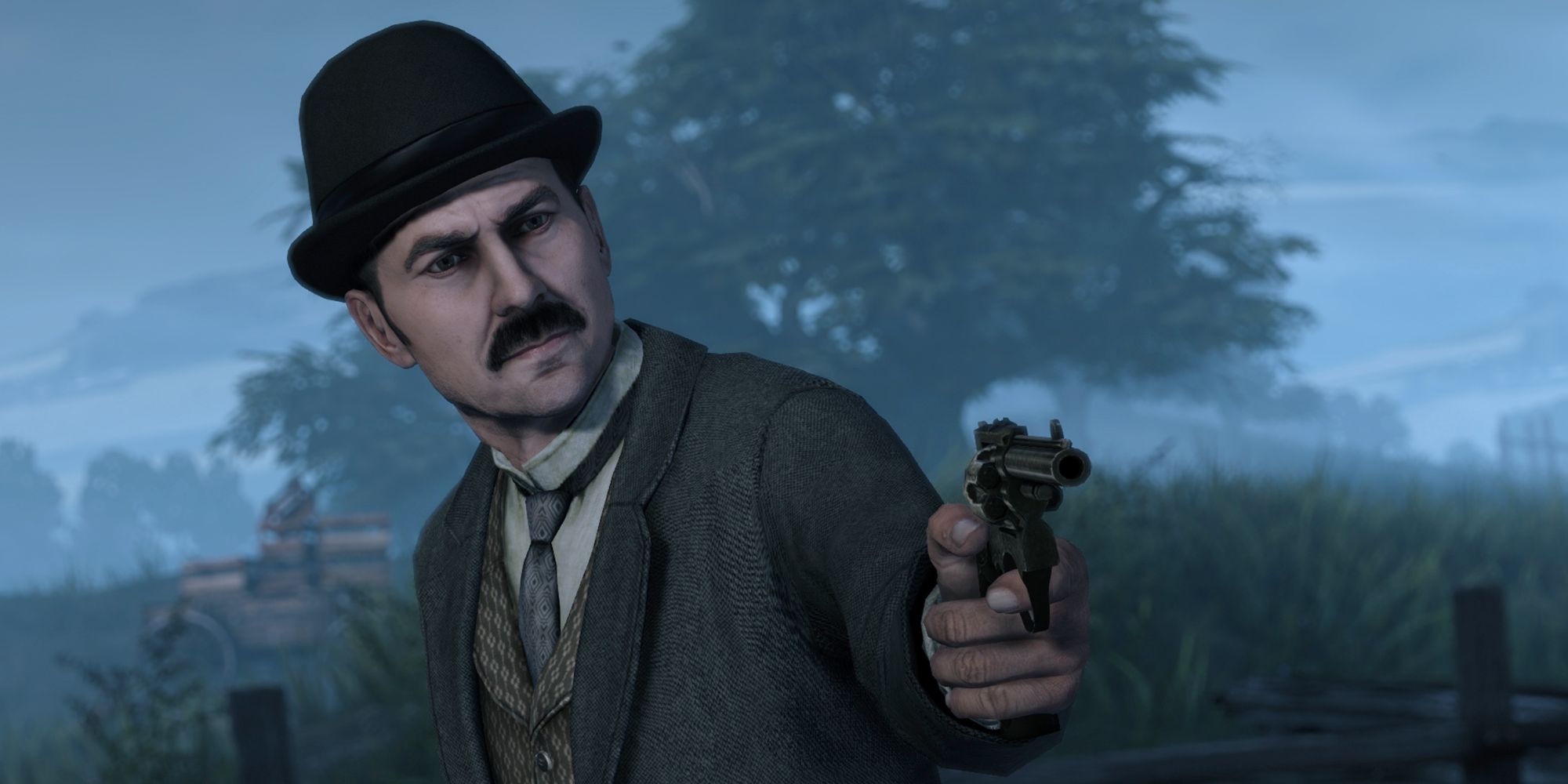 There are six standalone cases in the game, and all of them seem utterly impossible to solve at first. How could a moving train suddenly just disappear off the tracks? But the process of unpicking these conundrums, slowly revealing the truth, is incredibly engaging. I particularly enjoy the moments where Sherlock studies a person up close to determine something about them or their possible involvement in the crime: an imprint where a wedding ring used to be, telltale dirt on the toe of a shoe, or revealing dark circles under the eyes.

It's by no means a perfect game. There are a lot of tedious puzzles and minigames—all of which, perhaps tellingly, you have the option to skip. I always do, preferring to focus on the mystery at hand. Sherlock is a little too stiff and pompous to enjoy spending time with, although I suppose that's in keeping with Conan Doyle's depiction of the character. At least Watson is always on hand to provide some relief. But these relatively minor quibbles aside, Crimes and Punishments is not just a great detective game, but one of the best ever made.