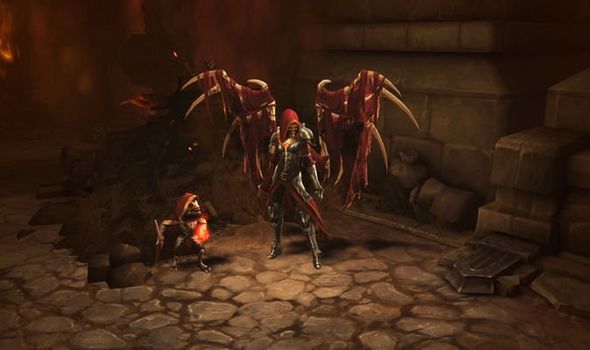 The first of two Diablo 2 Resurrected Alpha tests will be kicking off this year, and gamers can choose to opt-in right now.

However, with so much buzz surrounding the return of the remastered classic, Blizzard is also warning that fake D2 Alphas are being shared online.

The purpose of these new scams is unknown but are likely being set up so they can steal data from those thinking they are legitimate.

Fletcher shared the warning on Twitter, telling gamers that the only way to join the Diablo 2 Resurrected Alpha is to sign up on the official website.

So any offers of getting early access or getting an Alpha code in any other way should be ignored.

Fletcher posted this week: “Just a heads-up to everyone interested in Diablo II: Resurrected and the Tech Alpha…

Don’t fall for scams. I’ve seen numerous places state they are running contests or giving away access. That isn’t true. Best way to get in is to opt-in on http://Diablo2.com!”

And it’s likely that more scams will surface in the lead up to the official Diablo 2 Resurrected Alpha release date.

There has been no word on when the first tests will be taking place, or how long they might last

To opt-in and have a chance to play the Alpha, gamers will need to set up a Battle Net account.

But it’s unclear at this point which platforms will host the upcoming testing phase, and if it will be limited to PC platforms.

Diablo 2 Resurrected is scheduled to launch this year, meaning we should see the first Alpha test pop up in the coming months.

The best part of the new announcement is that D2 will be launching later this year on Windows PC, Xbox Series X|S, Xbox One, PlayStation 5, PlayStation 4, and Nintendo Switch.

That’s a huge number of platforms to cover and means there will be plenty of room for the community to grow and play the game on whatever platform they think best.

“Diablo II was a pivotal game for Blizzard and millions of players around the world. With Diablo II: Resurrected, we’re excited to bring this classic back to PC and also to consoles – with cross-progression on supported platforms – so that players can relive their memories, or experience Diablo II’s timeless gameplay for the first time, on their platform of choice,’ said J. Allen Brack, president of Blizzard Entertainment.

“With the new high-resolution audio and video in Diablo II: Resurrected, the game is as fun and engrossing today as it was twenty years ago.”

For those who would prefer a more nostalgic experience, players will be able to freely switch back-and-forth between the modern graphics and the original experience at any time with the press of a button.

And while Diablo II: Resurrected may look like an all-new game, Diablo II’s signature gameplay and systems are completely intact, quirks and all, adding a few highly requested quality of life improvements, such as a shared stash.