Digimon Survive: How To Get Deltamon

Deltamon is a fierce champion Digimon well worth adding to your team in the early hours of Digimon Survive. With a unique design and an array of powerful moves, this rare creature is curiously armed with skulls on each of their arms and is a valuable combatant if they’re fighting on your side.

As with other Digimon in Digimon Survive, to obtain Deltamon, you’ll need to find one in battle, and then persuade them over to your team by selecting the correct dialogue choices that flatter their aggressive personality. You can also evolve another Digimon into Deltamon using Enlightenment Slabs. From this state, Deltamon can be further evolved into a more powerful Digimon.

How To Get Deltamon Through Evolution 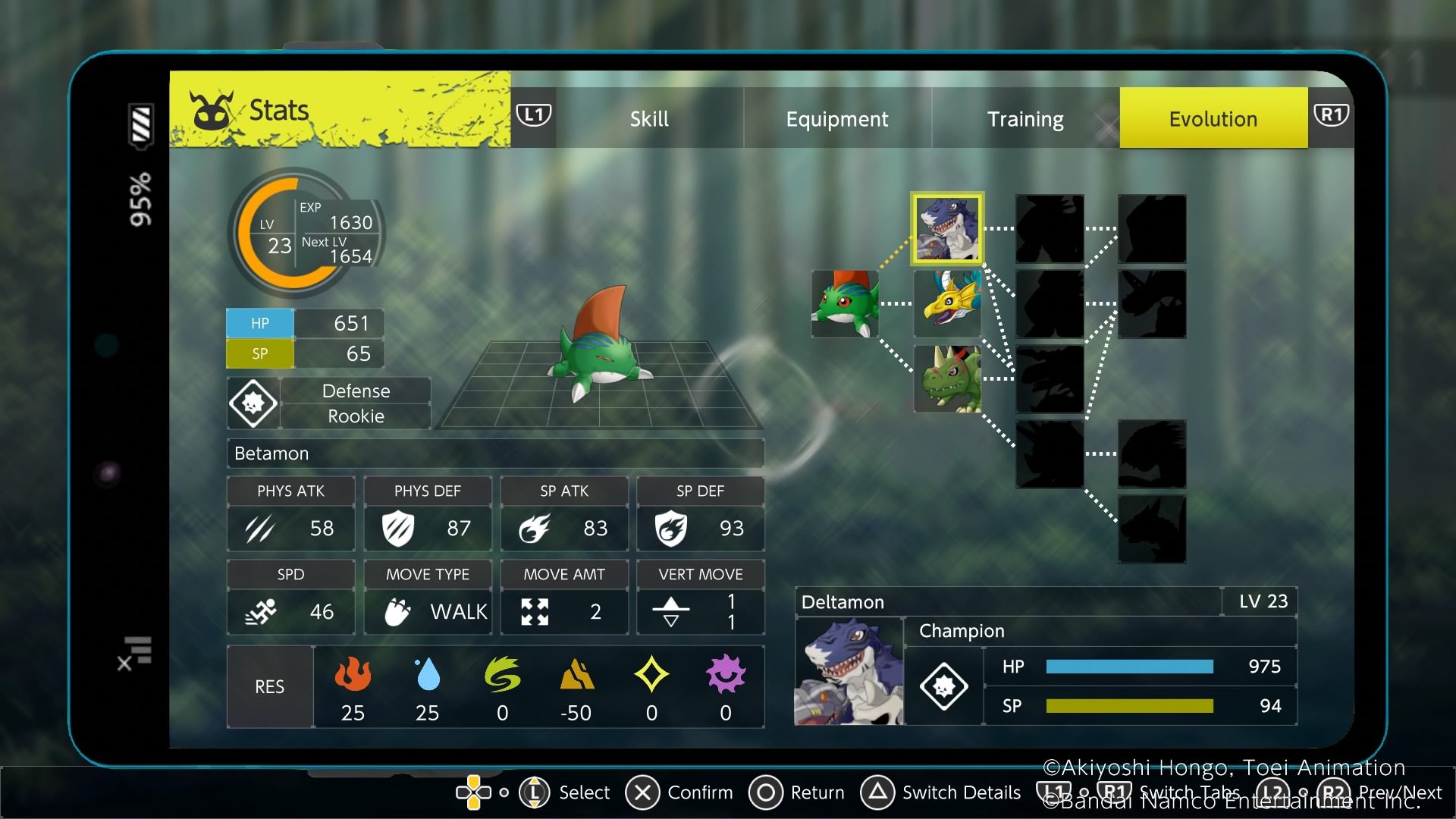 In order to get a Deltamon via evolution, you must first obtain a Betamon. These rookie Digimon are easy to find throughout the first three parts of the game in the Free Battle Areas.

As always, you’ll need to recruit a Deltamon by talking to one during an encounter. After persuading a Deltamon over to your team, you can use an Enlightenment Slab to evolve them to a Deltamon.

Where To Find A Deltamon 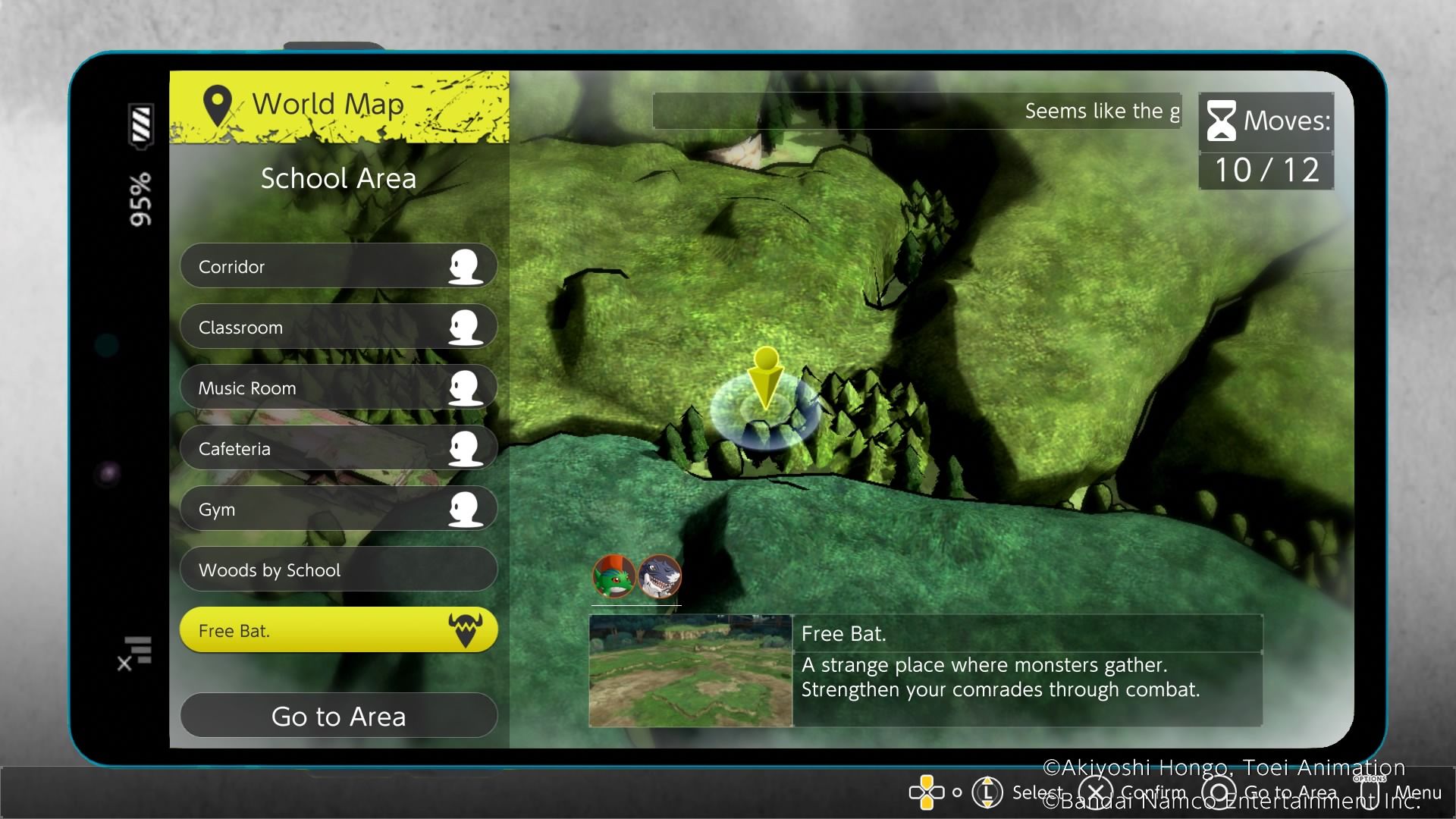 Deltamon can be found in a range of Free Battle Areas from as early as Part Three, however the chances of finding a Deltamon in Part Three are also particularly low.

In order to get Deltamon in Part Three, you’ll need to do a lot of Free Battles or regularly check back in on the Free Battle Area in the School Area of the world map. Alongside creatures like Numemon, Fangmon and Meramon, Deltamon will occasionally appear here.

You can tell which Digimon are going to appear in the next free battle by looking at the portraits of Digimon that appear above the description of the area.

The Digimon that will appear in the next battle will only change after clearing that battle or heading to another area and returning to the world map.

If you keep doing Free Battles consecutively, or return to the Free Battle Area frequently after story events, eventually you’ll see Deltamon’s blue and white shark-like head in the portraits. Once you do, enter the battle with several of your Digimon and get ready to talk.

How To Get Deltamon To Join Your Team 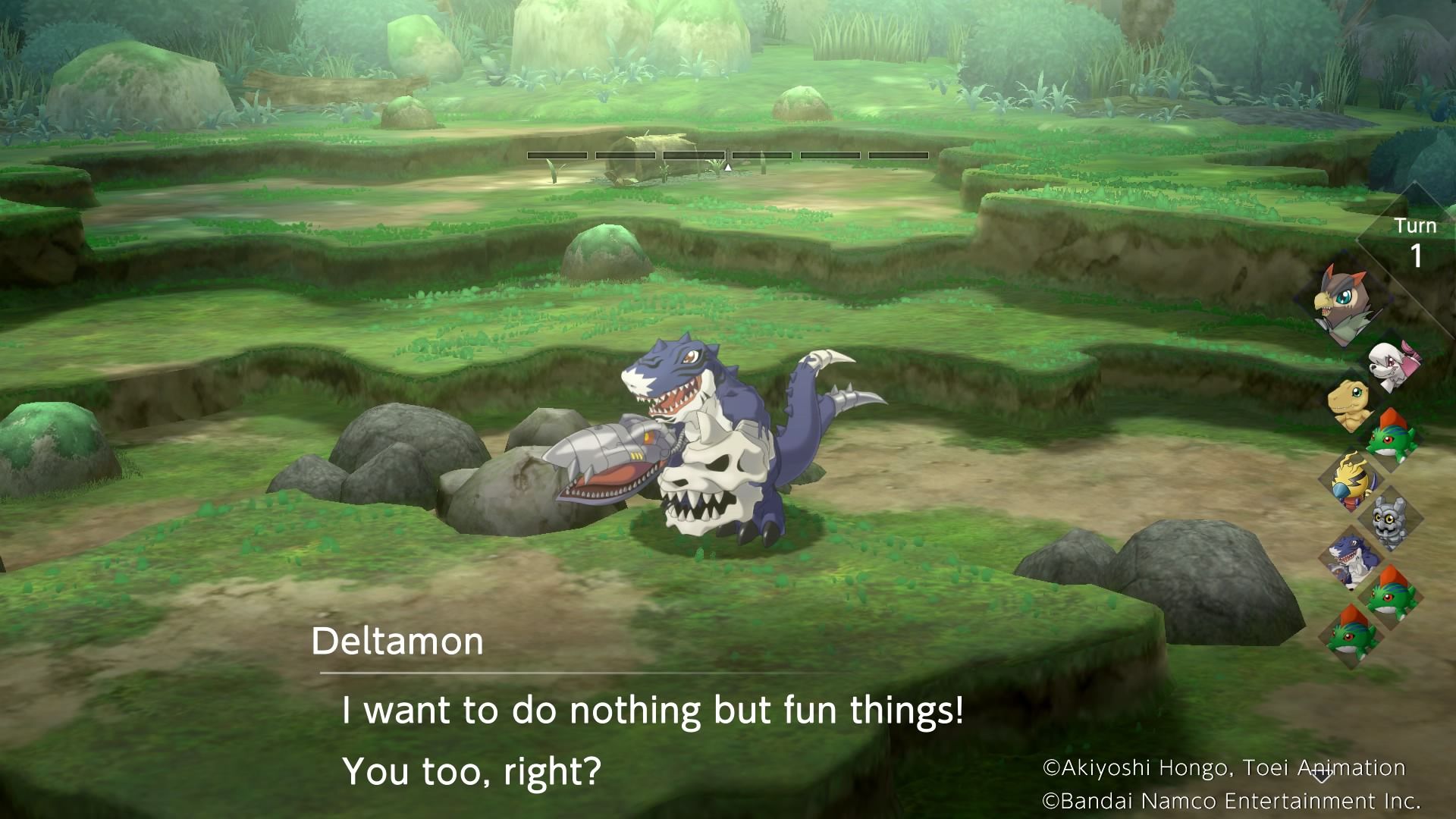 As with all Digimon recruiting in Survive, you’ll need to use the ‘talk’ command on Deltamon, who will be available to talk to in the foe tab of the talk menu. This will open up a back and forth dialogue.

You’ll be given four options to respond to each of their statements or questions. A six-bar gauge will appear above them indicating how likely they are to join your team.

You’ll need to reach at least three bars on the gauge to get the chance to recruit them. If you fall short of this, they’ll become powered up and the battle will continue. You can always hit the option to restart the battle in the pause menu if this happens.

To get Deltamon on your side, you’ll need to appeal to their aggressive nature. The set of questions is the same as the questions given when attempting to recruit Meramon, but the answers are slightly different for many of the questions. If you’re looking for an effective response to each of Deltamon’s questions, here’s what to say to get one or two bars on the gauge for each question:

After three successful responses, they’ll ask what you want from them. You can then ask if they’d like to be your friend, or ask them for an item. To recruit them to your team, ask them to be friends. This has a percentage chance of success that you can view in the corner.

If it fails, you can hit the button to retry the stage from the battle pause menu, and simply go through the questions again until the offer of friendship succeeds.