The original. The greatest. The Supreme Overlord himself. Laharl is many things, and all of those things point towards iconic. Without this short-wearing, boob-fearing, man-child, Disgaea as we know it probably wouldn’t exist. Of course, the big lad himself makes an appearance in Disgaea 6.

Laharl is a comfort character. The guy you take because you miss the good old days. His voice may have changed – hit art may have been updated – but the insufferable legend still brings nostalgia in droves. He also just so happens to be pretty darn good in-game, which is always a plus. 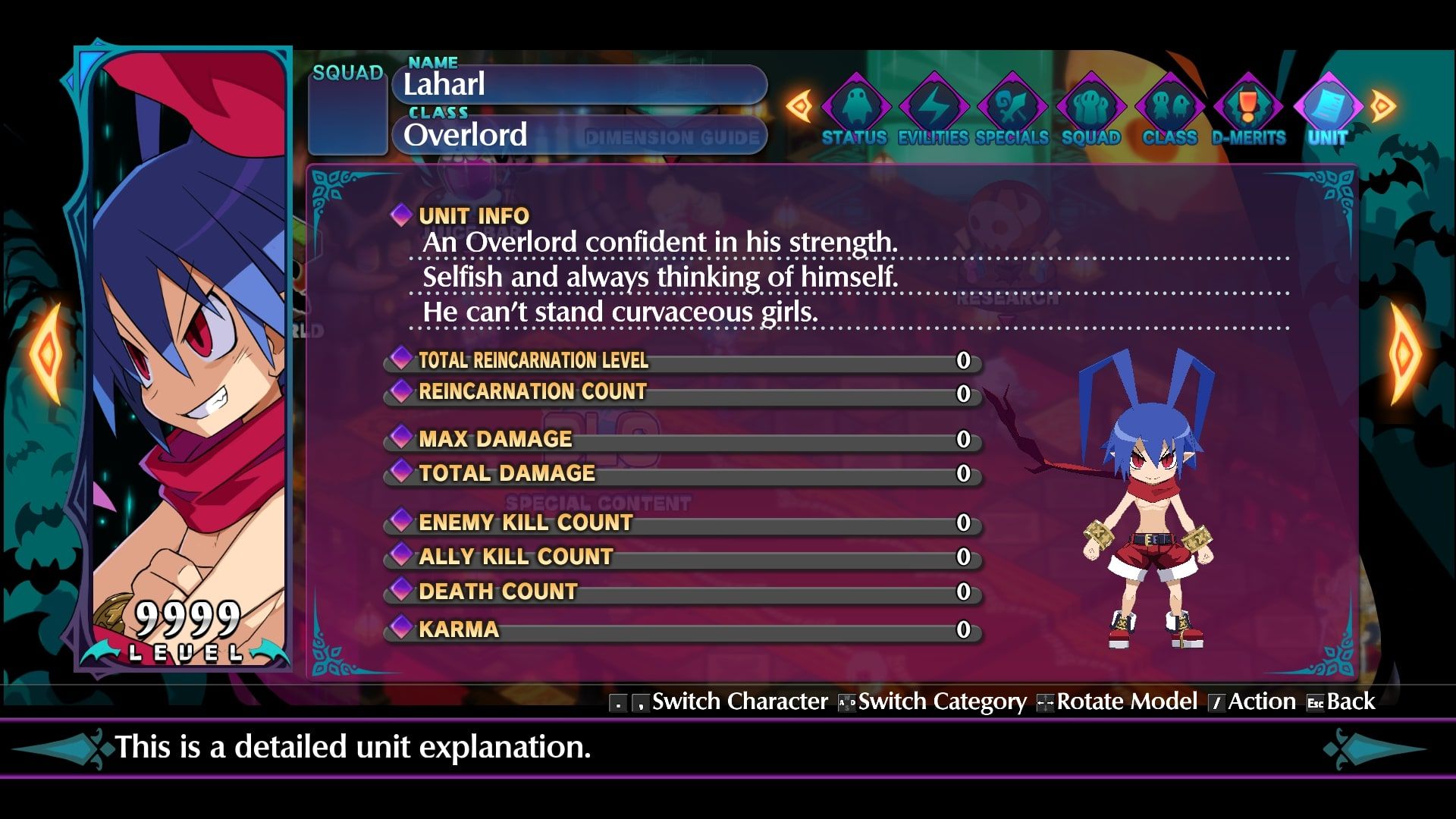 Laharl is the Supreme Overlord – a character who has toppled Gods, fought off assassins, and discovered the power of love. None of that has changed his character though. Laharl is selfish to the core and completely incapable of recognising his flaws. Despite that, his power is almost unmatched (from a lore perspective) – even if he has a crippling weakness for curvy girls. 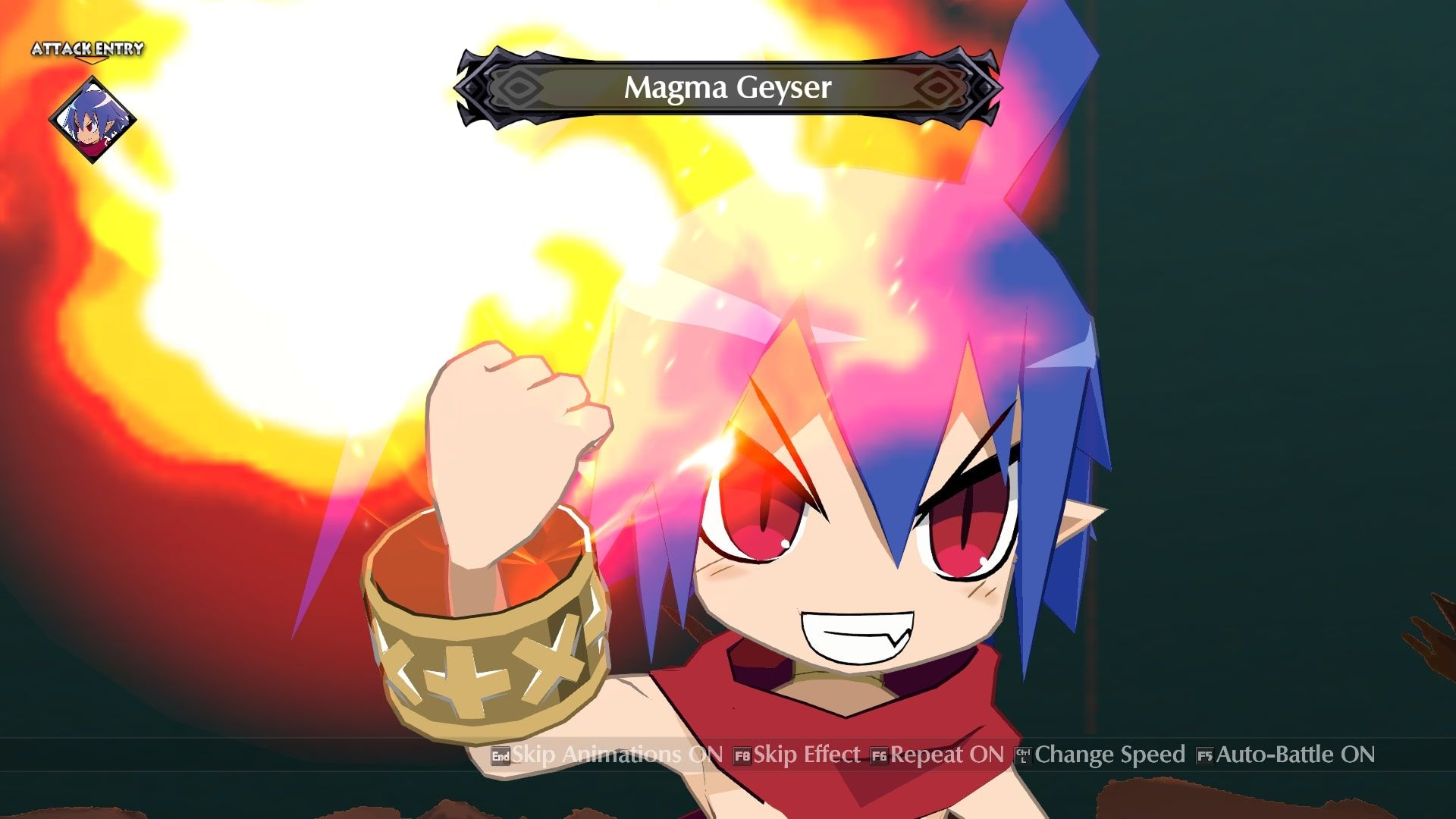 Laharl is a solid character in the right situation. What he lacks in single-target damage he makes up for with explosive AOE. You take him because he can kill groups of enemies, and grow more powerful as he does it. He is the AOE version of Killia.

What Weapon Does Laharl Use? 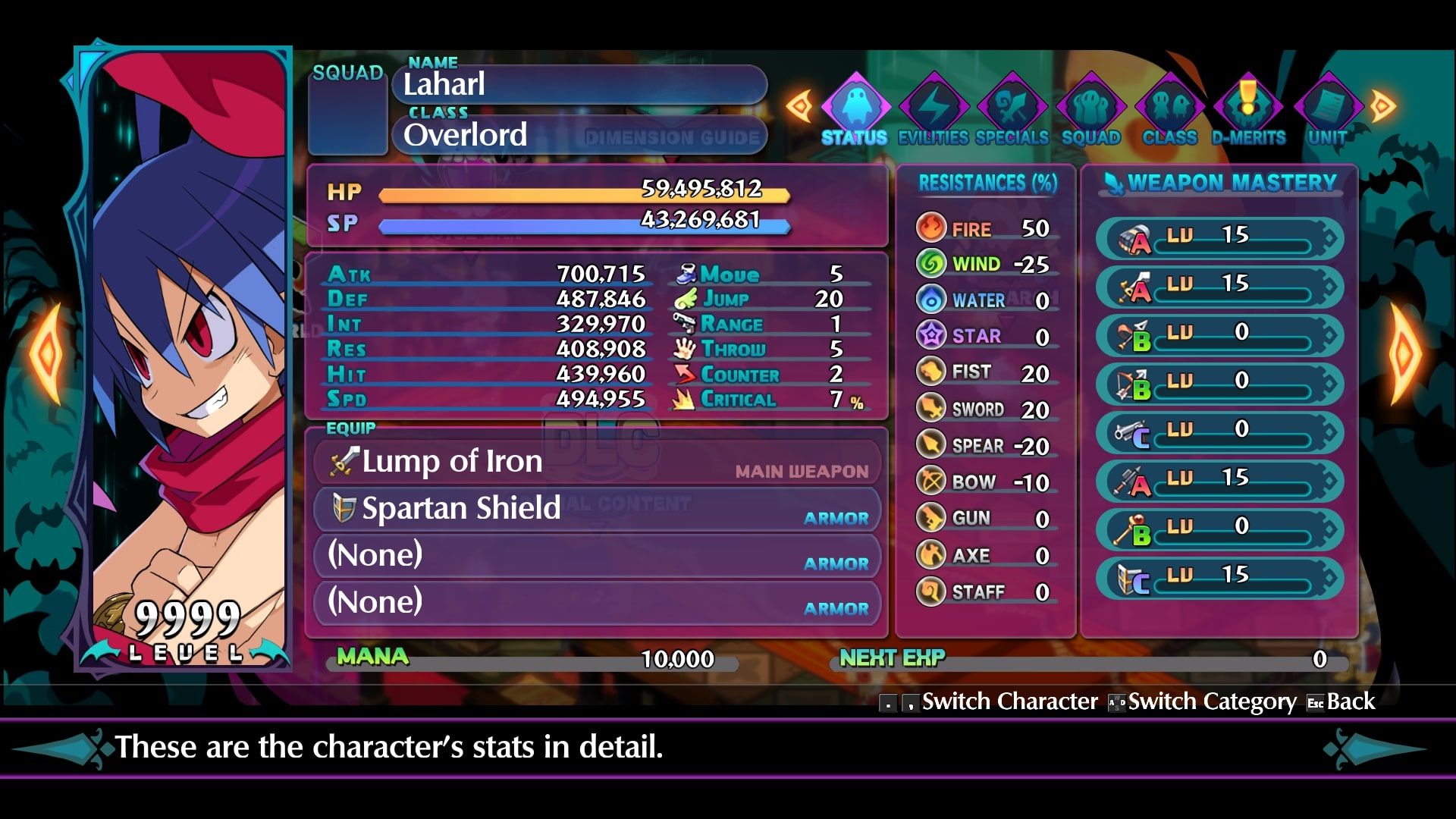 Laharl can use just about everything to a decent standard, and more than a couple of things beyond that. There is only one real option in his lineup, however.

Laharl is an Axe user through and through. All of Laharl’s abilities scale off of ATK, and Axes provides the most ATK. Swords can work too, but why decrease your effectiveness? 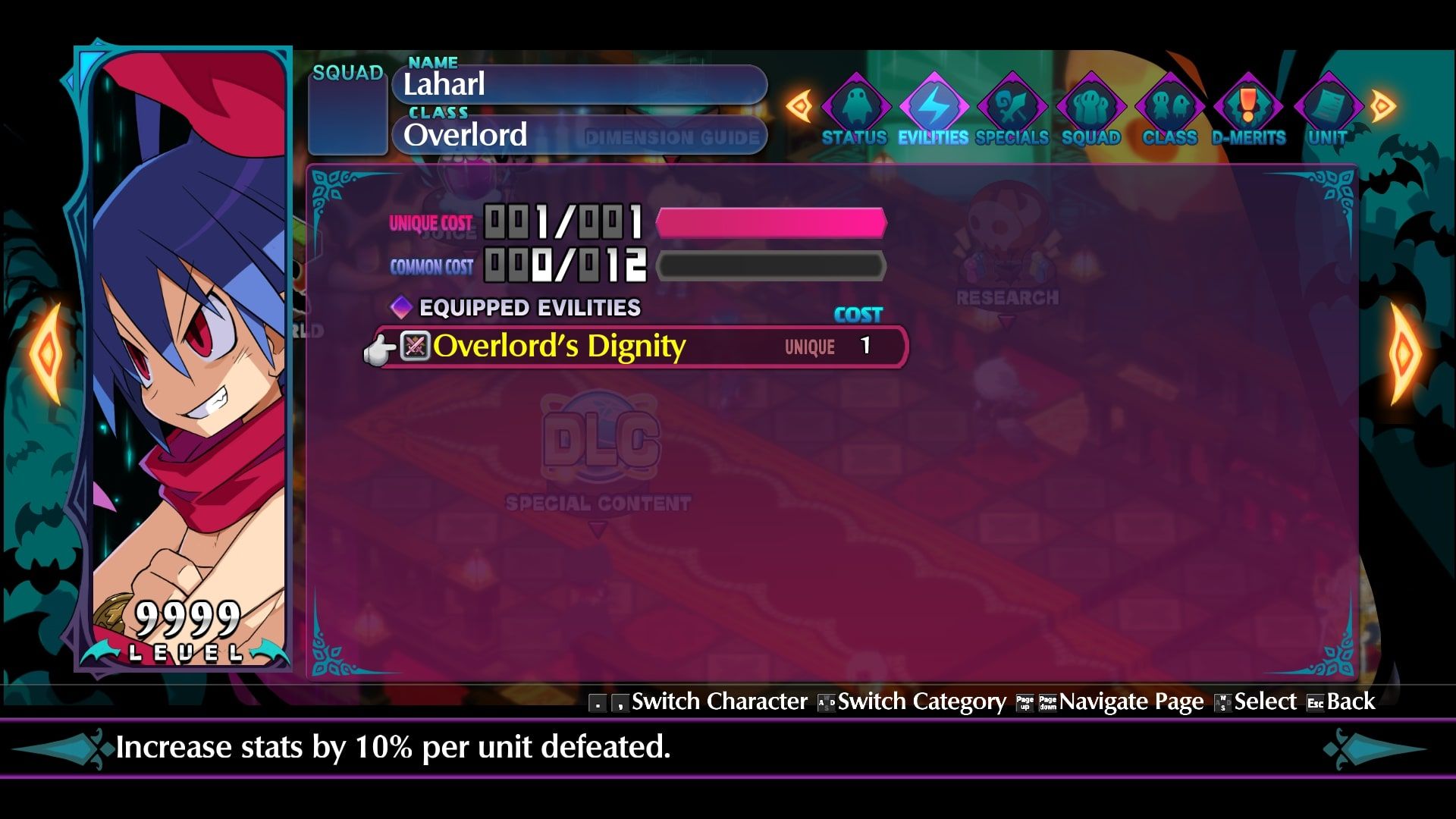 Laharl has one unique Evility.

Overlord’s Dignity can be really good. To put into context, Killia has a similar Evility. The difference is that Killia’s Evility is 5x weaker, and has a hard cap. This Evility can pop off on the right map, but it doesn’t do anything when you are put up against a boss.

This Evility puts Laharl into a box, and sometimes, you just don’t need the skills he’s peddling. 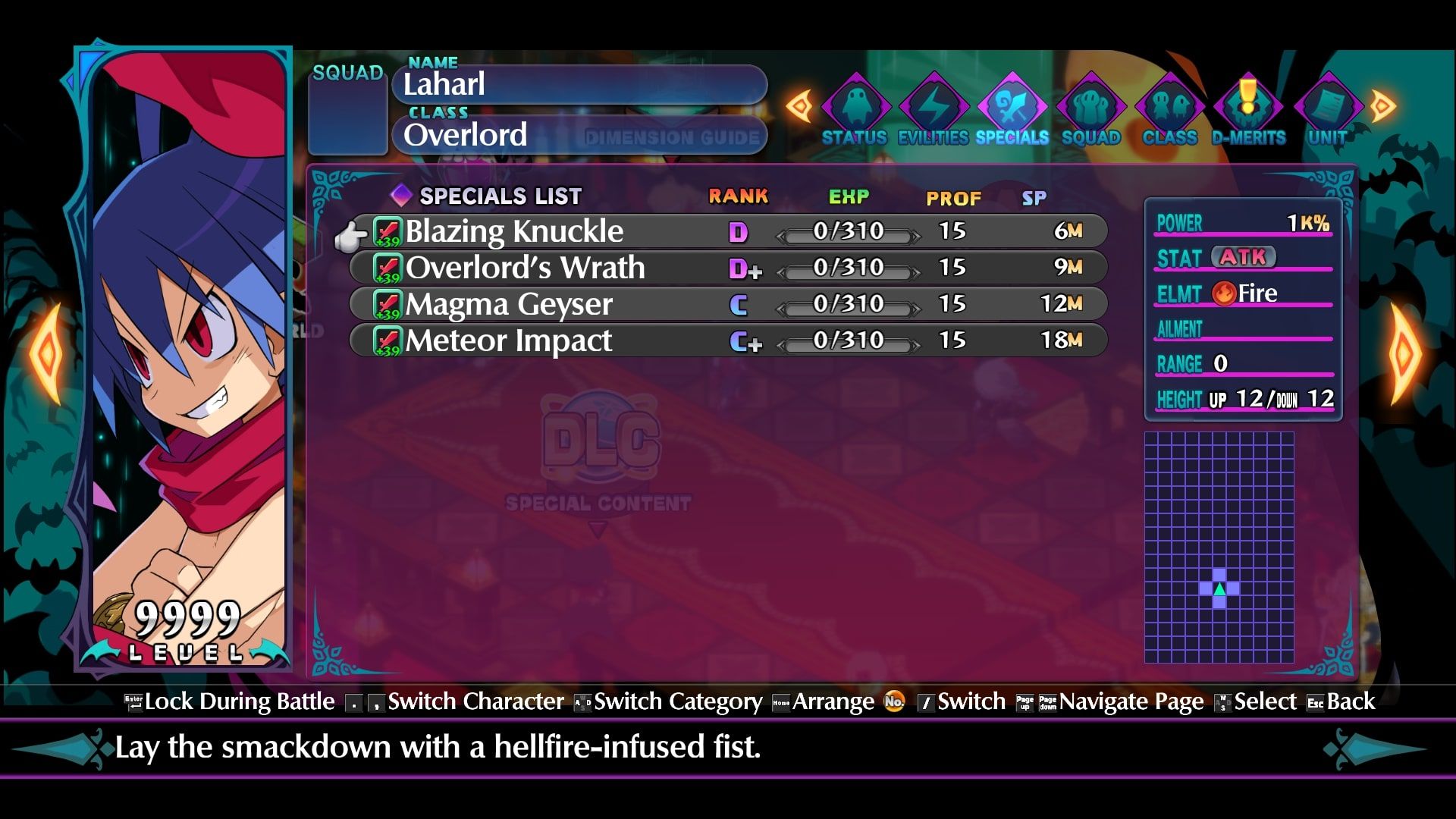 Laharl is nothing if not explosive. Every single Special is an explosive rampage that kills large groups of enemies. All of his abilities do this fairly well. The issue is that he completely lacks a classic 3×3. He deals decent damage, but a Witch with Tetra Star will easily outdo him in the AOE department.

He’s good, don’t get us wrong, he just isn’t the best at the role he has been pigeon-holed into filling.

How To Use Laharl 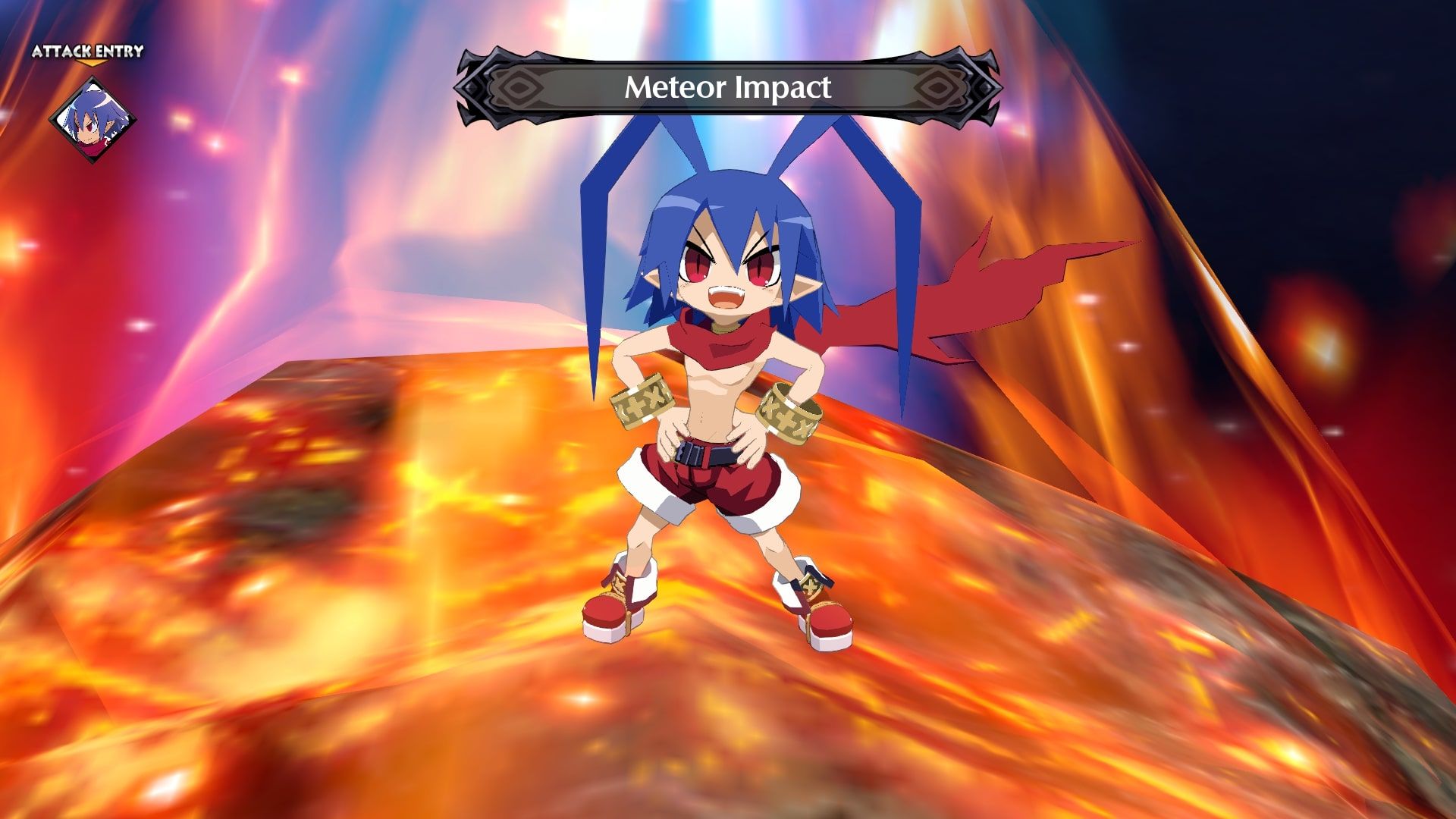 Any map that has a lot of enemies clumped together is a map you will want to consider Laharl. He is good – but he isn’t great. He will kill groups of enemies, power up, and then kill more enemies easier. Rinse and repeat.

If Laharl had a single-target attack, then he would have been an easy slot. As he currently stands? Laharl is a little bit too specialised and doesn’t have any utility to push him into a “must-take” category of character. He is no Adell, that’s for sure.