After slogging through Hell and beating every demon to a pulp, what’s a Slayer left to do? Plenty, it turns out. DOOM Eternal might come off to the unfamiliar as just another first-person shooter, but beneath that core nostalgic experience of making demons cower in fear before being ripped apart, there’s a bunch to do. 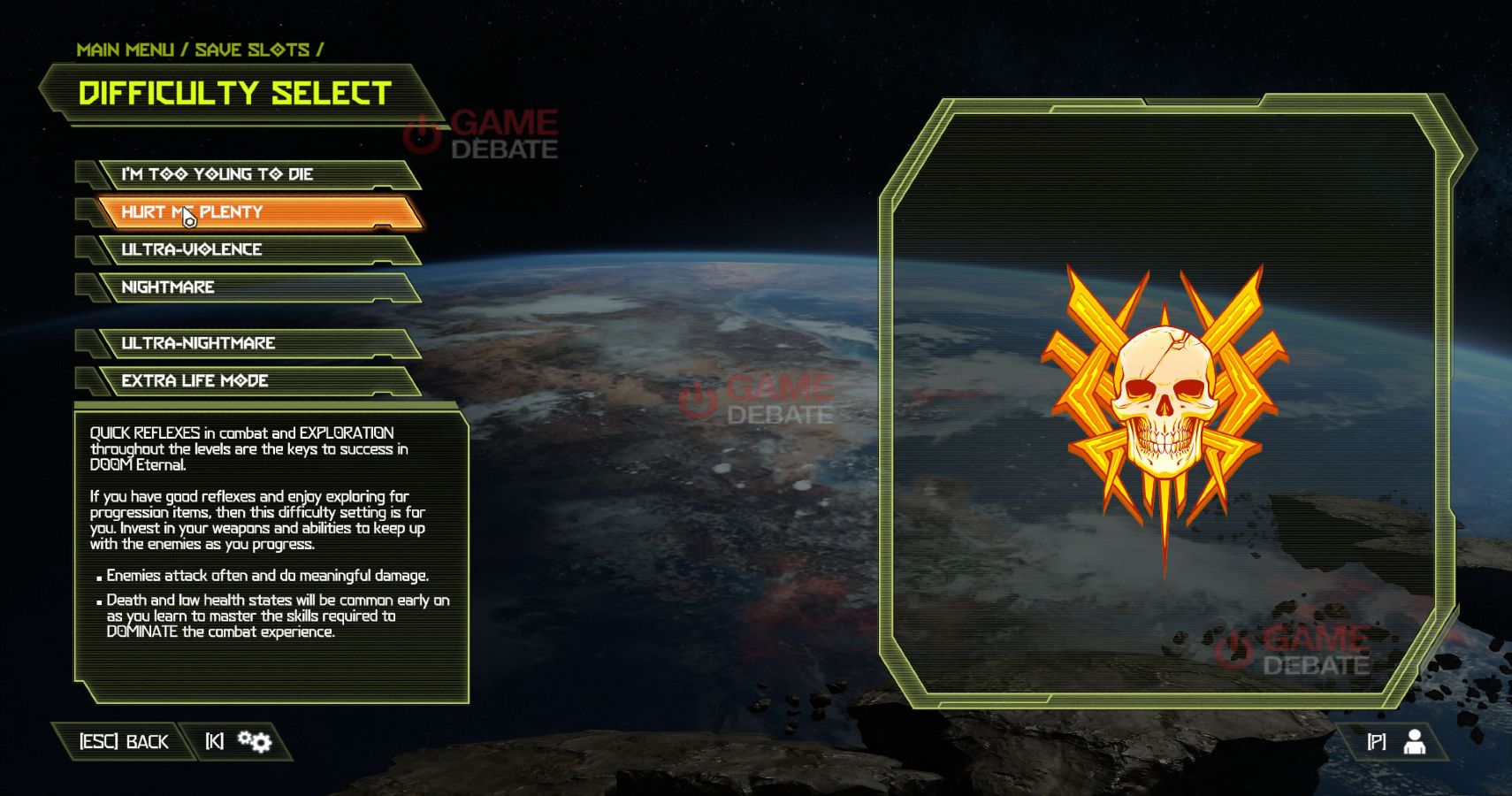 There is no judgement here, and many players will likely have played their first game on the easiest settings, meaning “I’m Too Young To Die,” or “Hurt Me Plenty.” With so much to learn it was the obvious choice for new players or those who have been away from shooters so long that they were a little rusty. 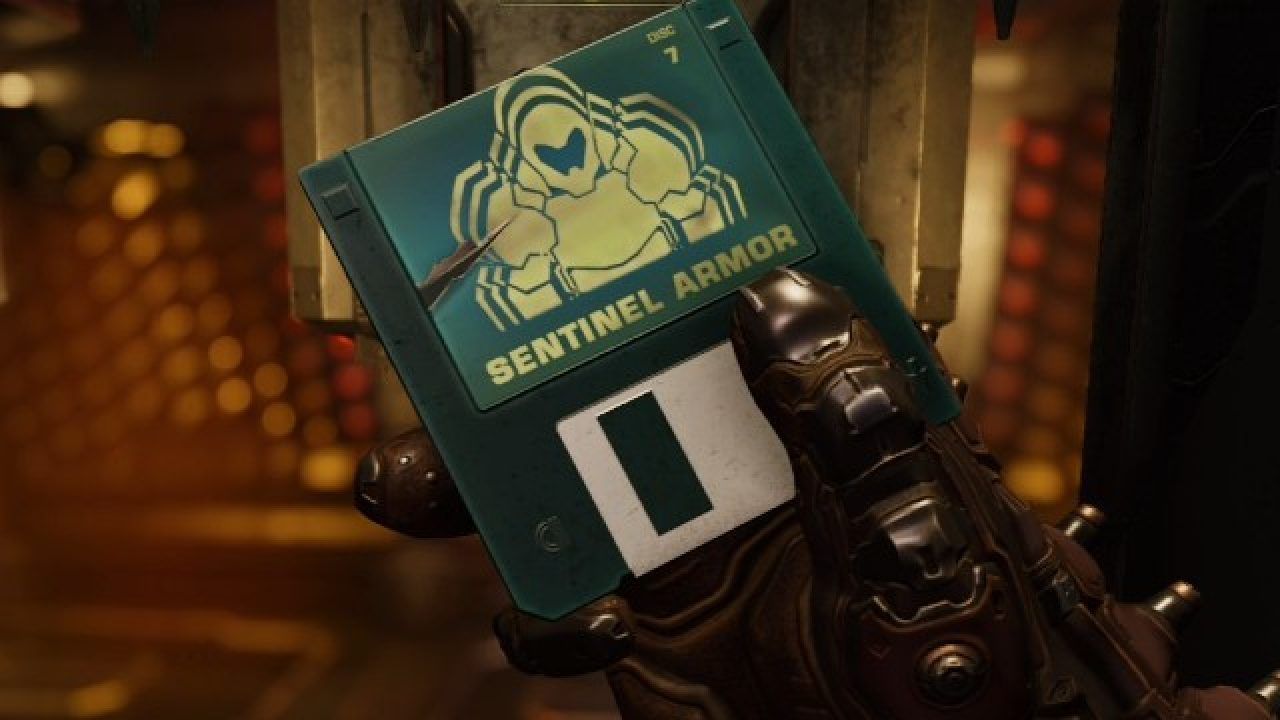 In total there are fourteen distinct cheats in DOOM Eternal to collect, and each can be used to put a different spin on the game. Infinite Ammo can be ridiculous, while Infinite Onslaught is absurd in its own way. Activating All Cheats is perhaps one of the strangest experiences in recent video game memory, but the point it that it allows for a whole new way to play, or even to explore maps in a level of detail unavailable before. 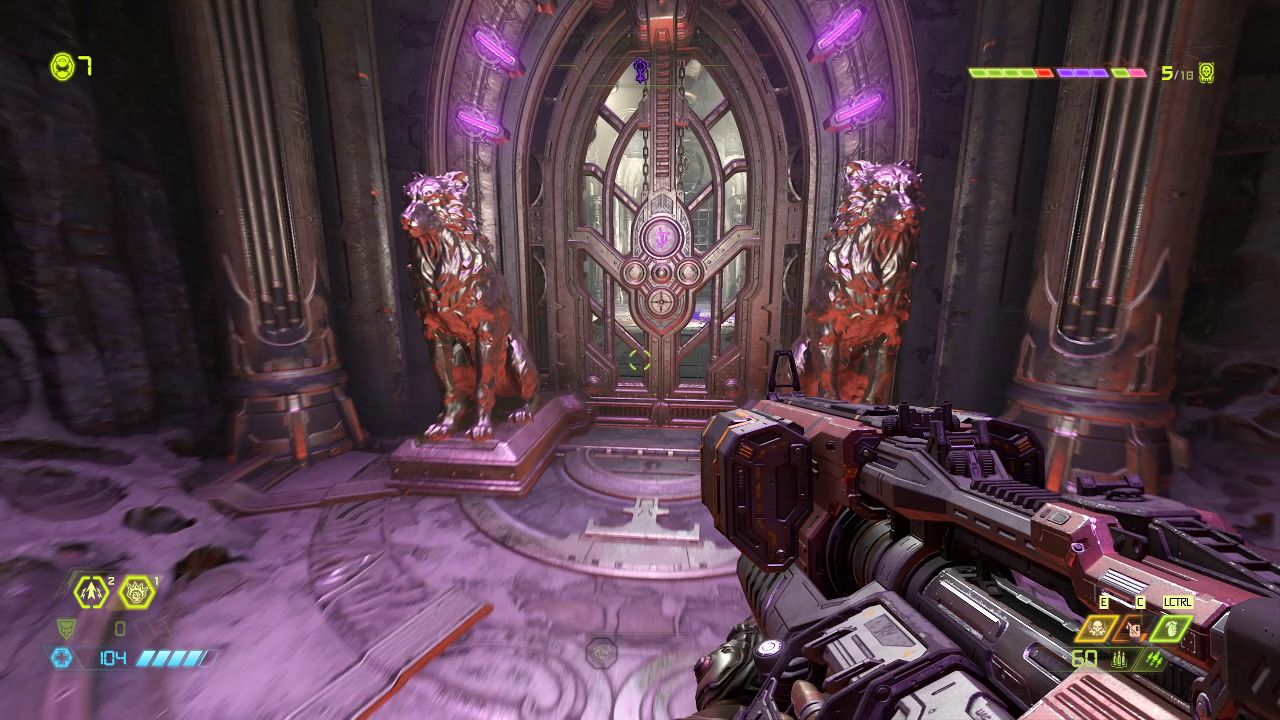 The levels of DOOM Eternal can be quite large, and there is a ton of content that is easy to miss thanks to how the game leads players from objective to objective. Green breakable walls are a literally sign telling Slayers that they are on the right track but following them blindly leaves so much undiscovered.

Secret Encounters are up first, and these can be activated through the purple orbs found around the map. Finishing the encounter provided within a time limit provides additional Weapons Points to upgrade the arsenal.

Slayer Gates meanwhile provide a unique challenge with set encounters. These take a little more effort to complete, because first the Slayer needs to locate hidden Purple Keys that are located around the map but defeating each challenge grants Empyrean Keys. These are necessary to unlock the Unmakyr, one of the most powerful weapons in the game. 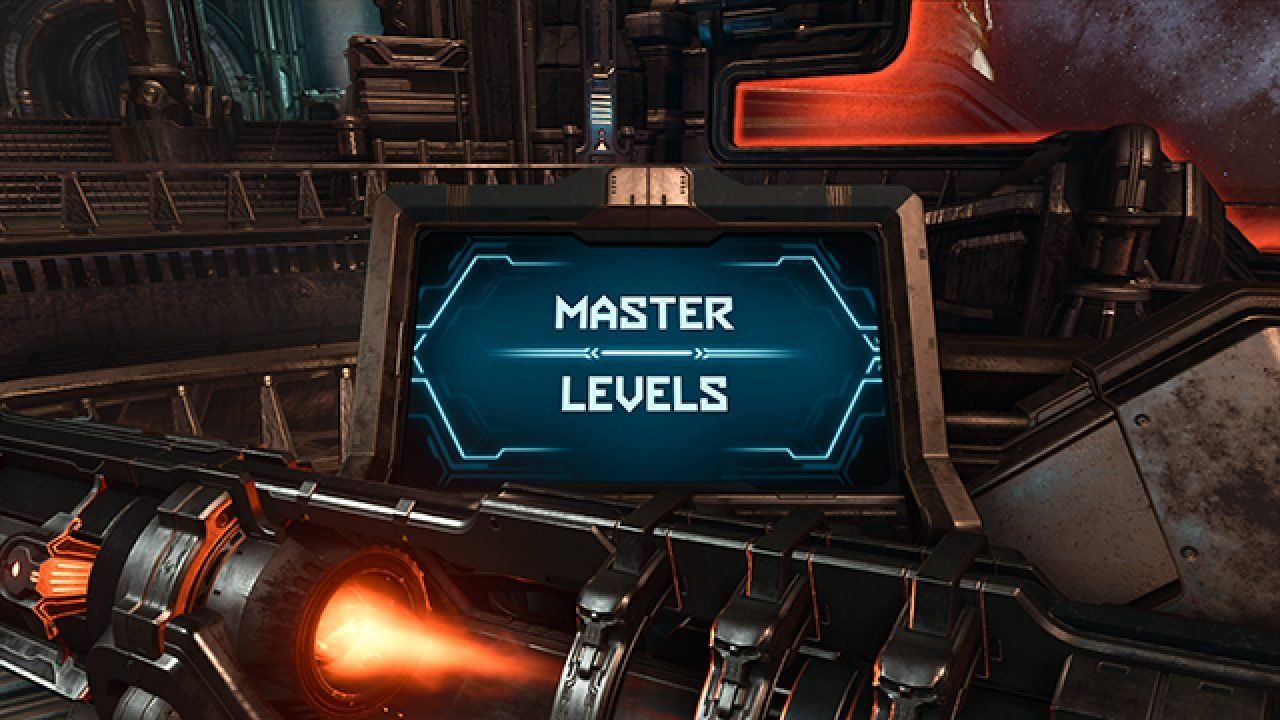 Master Levels look to be a promising source of action, eventually. These are levels already completed with the difficulty dialed up, offering a unique challenge to complete. Over time, these will change in their challenges, which should constantly provide players with a new experience. For now, there are only a couple of offerings, but these are sure to expand to more levels as time goes on. 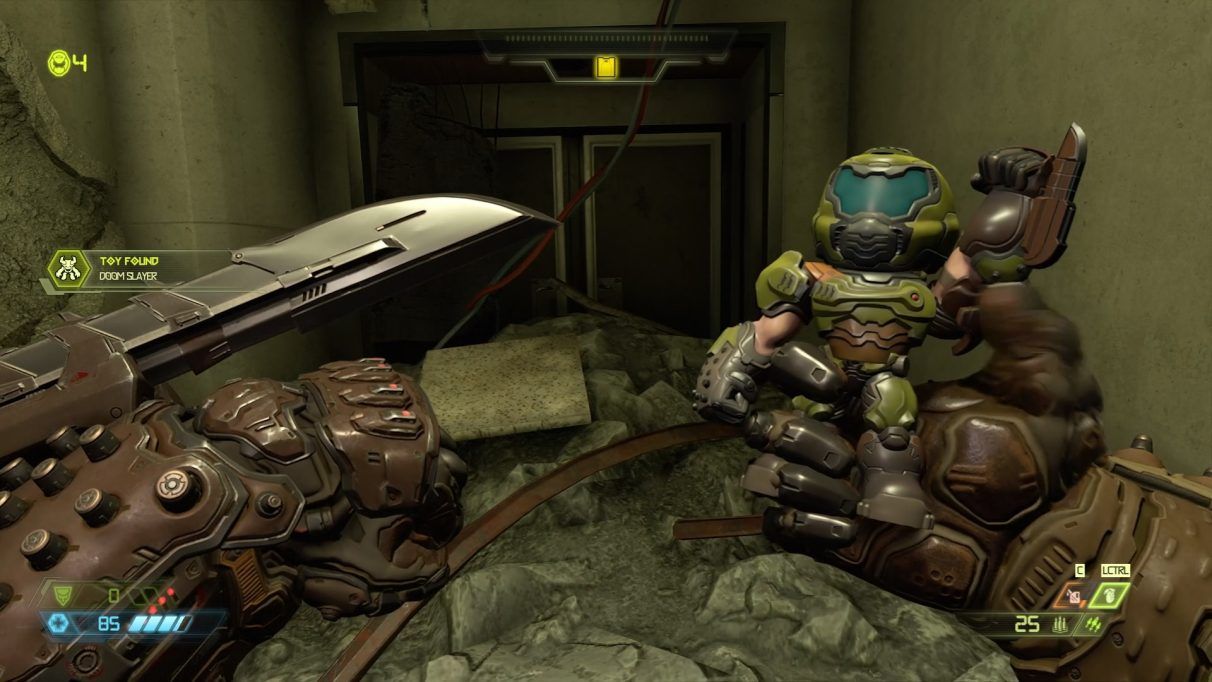 Regardless of which difficulty one beats the game, it is likely that they ran across collectibles at some point, even if by mistake. Toys, Vinyls, and Codex Pages serve as the main types of collectibles to locate. There are guides to help find every single item, but the real fun is loading up a map and exploring every nook and cranny. 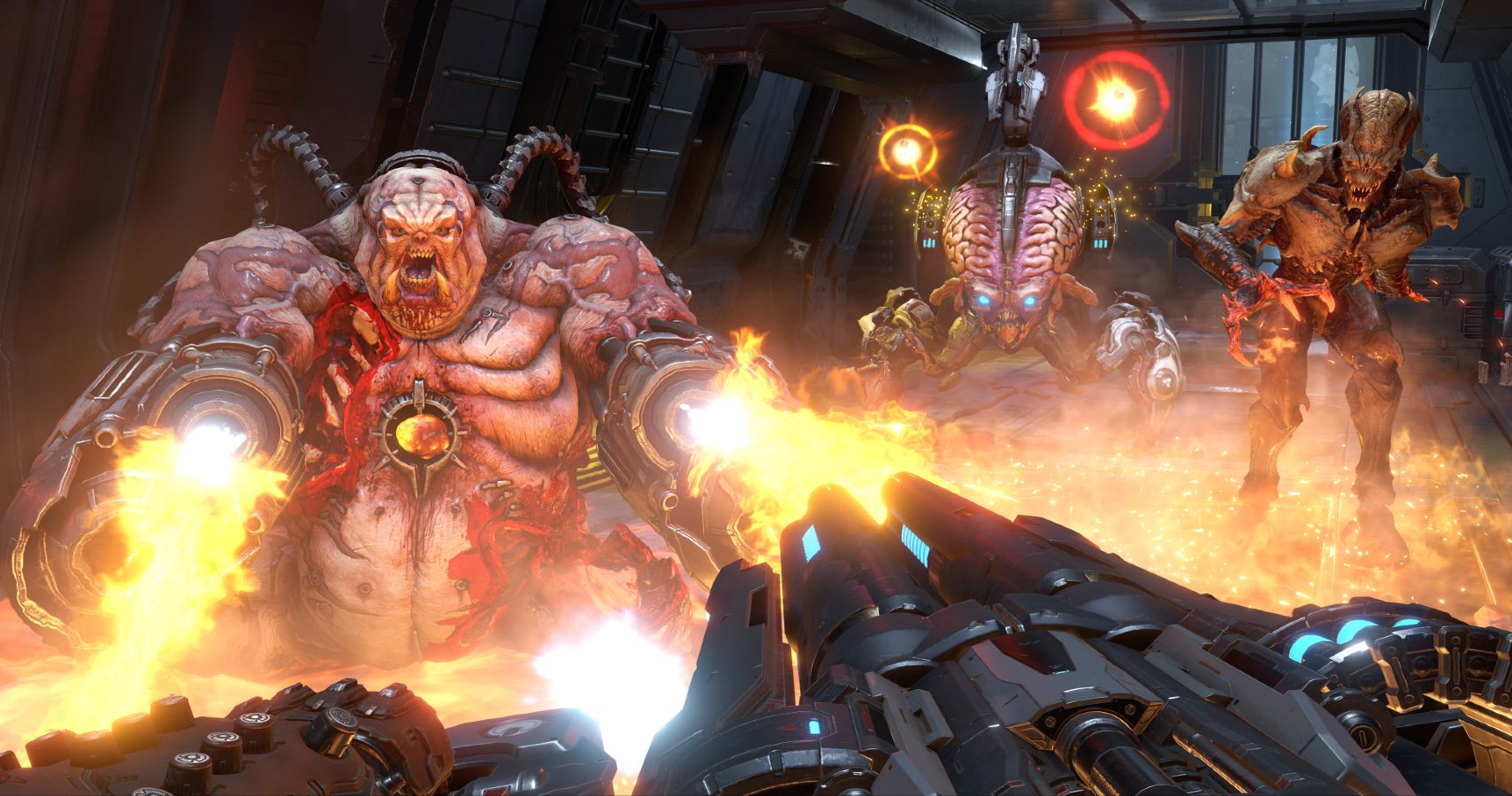 Before DOOM Eternal launched, there was a lot of hype built up around the Battlemode, which puts one player in control of the Slayer, and opposing players in control of different demons. This is great fun with friends, but also a unique way to experience the game by leveraging the different abilities of each demon.

Clearly there is a ton of content to explore beyond the first campaign playthrough, and how the game is enjoyed will largely depend on what each player wants. Exploring each level, ramping up the difficulty, or activating every cheat code at once, all of these are viable and there is no wrong way to go.