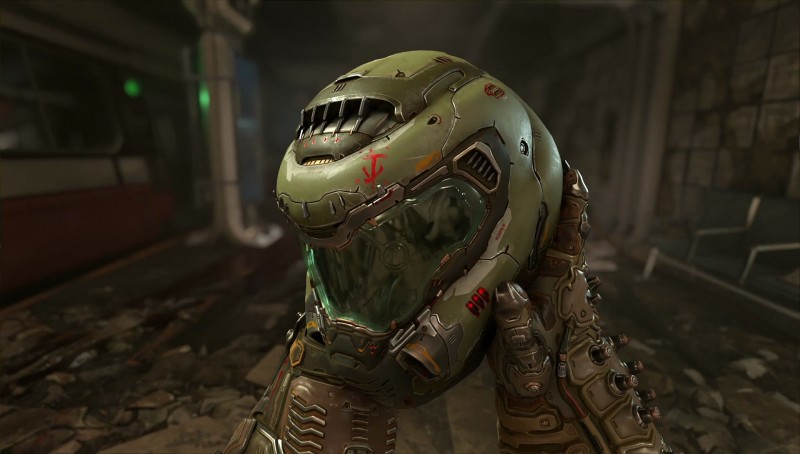 When Doom rebooted a few years ago, there was a question of whether the game even really was a reboot. There were enough hints that the game was a sequel to the 1990s Doom series rather than a retelling of it, but nothing was particularly definitive. That changes with Doom Eternal, however.

In a conversation a few weeks ago with executive producer Marty Stratton and creative director Hugon Martin, we began talking about the internal bible of Doom Guy. He actually has multiple names within the studio: Doom Guy, Doom Marine, Doom Slayer, but the overall thinking is to make the character feel like a cross between John McClane from Die Hard and Mike Myers from Halloween; a sort of tough-as-nails action star, but a monster to his enemies.

But Martin also said it’s time to answer questions about him.

“Well, one thing we’re going to do is we’re going to answer the question about whether or not it’s the same guy from the 1993 Doom, we’re gonna answer a lot of questions, actually,” Martin said.

When I told him I didn’t expect that, Martin explained that you can’t just keep asking questions without answering them.

“I mean, there’s so many good mysteries in Doom universe and we need to answer good questions, and then ask new good ones. But to be clear, we won’t answer it all outright. I think that Doom’s formula for how we flesh that stuff out is, usually it’ll require some player investment to piece those puzzle pieces together, and we want to give the ability to do that.”

Doom releases on PlayStation 4, Xbox One, Switch, and PC on November 22.