Dota 2: How To Play The Carry Role

Understanding Dota 2’s Carry role isn’t rocket science, but how you execute it has a significant impact on the outcome. In terms of general advice, you’ll need to avoid tunnel vision. Additionally, put your feet in your Midlaner, Supports, and Offlaner shoes to feel the situation and respond accordingly.

In this guide, we’ll take you through some other tips to help you excel. We’ll use the Phantom assassin as an example because she’s always been in the top tier list for the Carry role.

Whether you choose your Hero in the second phase after Supports or as the last pick, you should always imagine how the game will progress. This mindset will help you determine how to approach enemy heroes during the Laning phase, mid-game, and late-game. 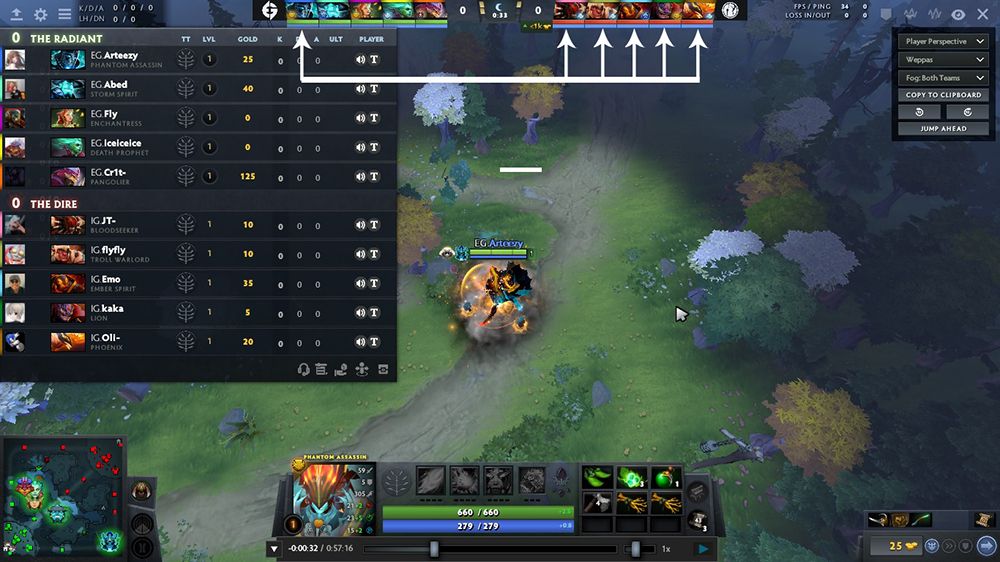 Adjust To The Matchup

If you believe you will struggle in the Safelane but will perform better with a Support in the Offlane, switch lanes. There are games where changing Lanes will not help you. In these situations, you should play cautiously to avoid unnecessary death and purchase the right items to survive.

If you believe you have the potential to kill with Support, begin the Laning phase with an Orb Of Venom or instruct your Support to purchase one. If you’re up against difficult-to-kill heroes, you should start with more Regen items.

There are two types of Hard Lanes: one that harasses you but cannot kill you, and another that threatens to kill you. To optimize items properly, you must be able to determine which Lane you’re up against. 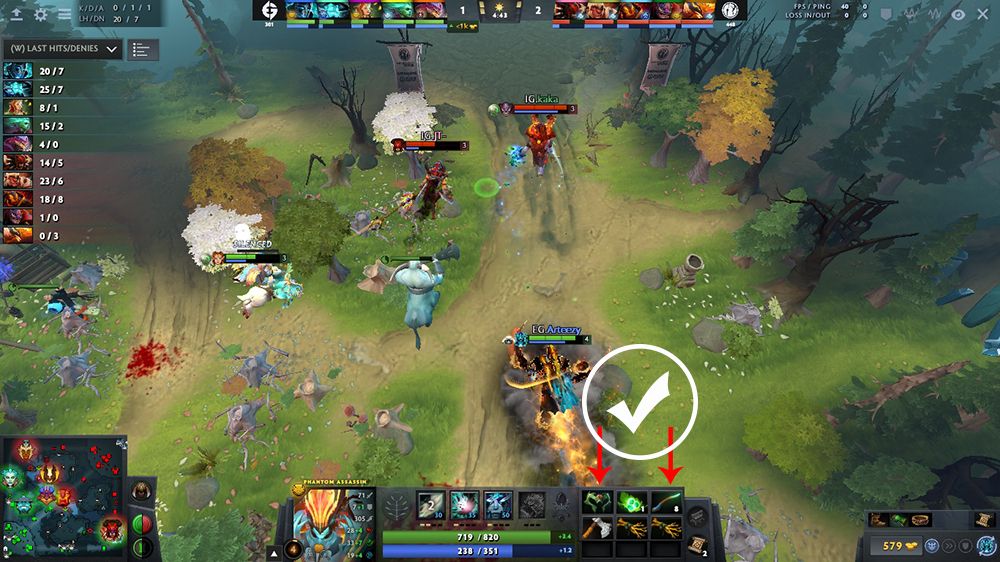 In a Lane where you’re frequently hit and unable to trade back with the enemy hero, you’ll need to purchase Regen items such as the Ring of Health. However, if you believe you can trade more effectively with your opponent, you can buy items that provide stats, such as the Wraith Band. If you’re up against a Lane that has a kill threat against you, such as Tusk or Tiny Position four, purchasing boots as the first time can be a lifesaver.

We’re all aware that the Carry hero’s primary objective should be to farm items in order to carry the game from mid to late-game. However, keep an eye out for occasional encounters with enemy heroes.

Always remember that eliminating an enemy hero rewards you with valuable gold and, more importantly, creates space for you and your allies. Keeping an eye on other lanes and taking advantage of opportunities to join fights where you know you have a good chance of killing their Carry or Midlander is game-winning, so stop AFK farming.

Even if you’re new to Dota 2, you should know that the enemy team prioritizes ganking Carry. To avoid this, you must gain an understanding of map movements through experience and practice. 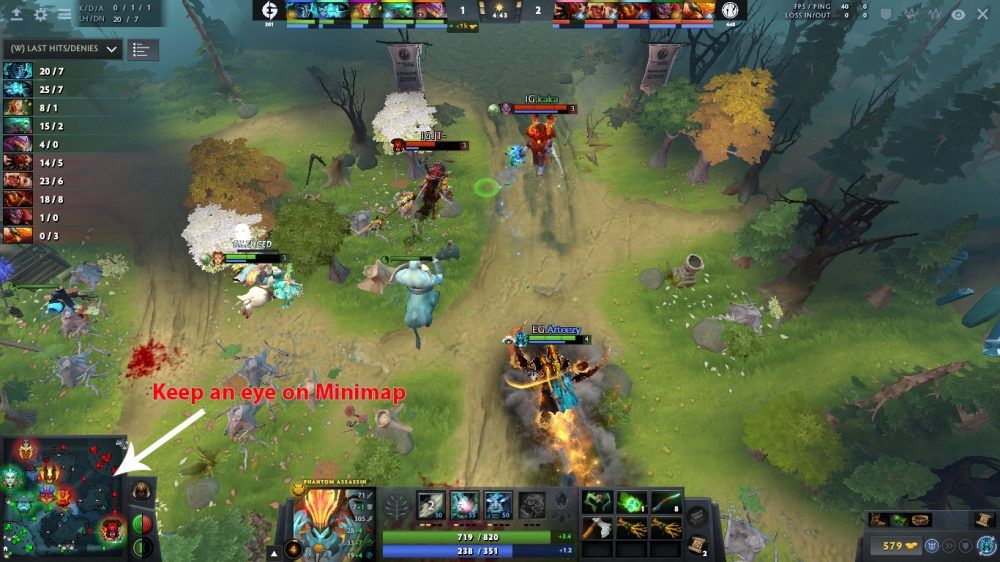 You may wonder why Carries are ganking targets, well here is the answer: Their role is to farm items to kill opponents and destroy towers and win the game. By ganking a Carry hero, they stay vulnerable and ultimately fail to accomplish their objectives, resulting in a game loss.

Carry Hero commonly plays away from the team; meanwhile, the other four teammates attempt to fight the enemy to make space for the Carry to farm safely.You will be ganked 99 percent of the time if you lack map awareness and focus solely on hitting Creeps.

Scan is a handy tool that allows you to scan a specific area to see if there are any enemies, but it has a long cooldown.

Hit Lane Creeps As Much As Possible 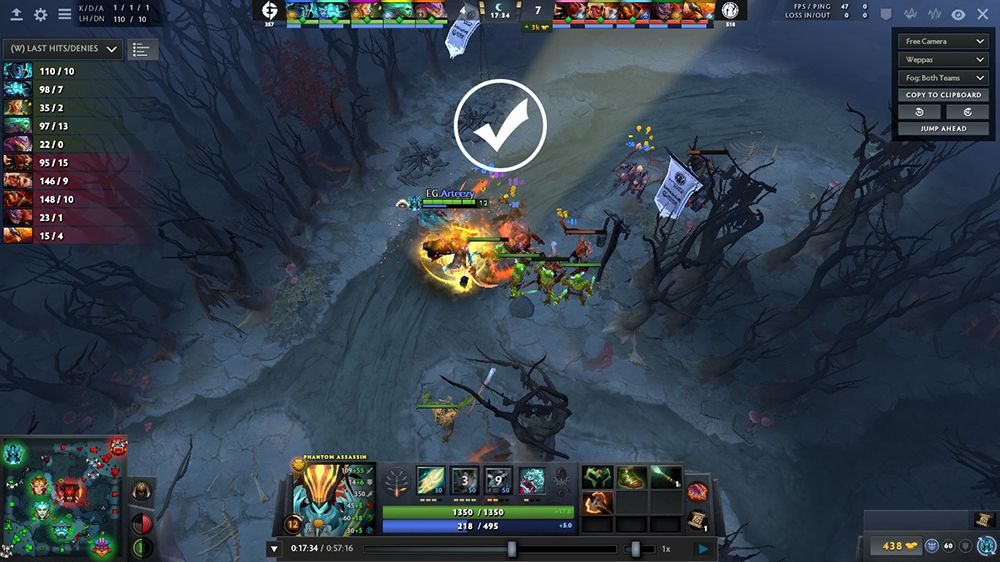 Lane creeps provide more experience and gold, but farming in a lane without Support is extremely dangerous. If you improve your map awareness to the point where you can read your enemy map movements, you’ll be able to farm Lanes with more peace of mind.

If you’re unfamiliar with the term “farming pattern,” it refers to the choices you make while farming jungle camp to jungle camp or Lane. A better farming pattern maximizes efficiency as well as the amount of gold and experience you gain in a given timeframe.

Try adjusting your farming pattern in different stages of the game and team situations. For example, if it’s mid-game and the team needs you, you should farm closer to them to participate in fights.

With this strategy, you’ll never be late for team fights, which will significantly increase your chances of winning the game. 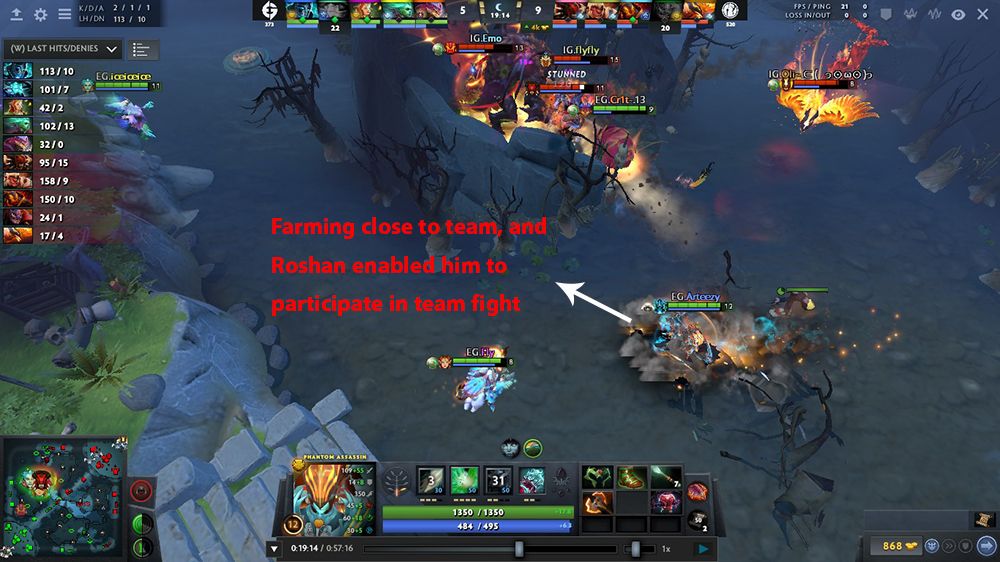 Purchase Items Based On The Matchup And Situation

As a Carry, you should be aware of the items that are most appropriate for you. For example, In patch 7.28c, Most players purchase Battlefury, Desolator, and the Basher for Phantom Assassin. Although this item build appears reasonable, each game is unique; thus, purchasing the same items for each game without analyzing the matchup and situation can cost you a game. This is why Dota 2 is so fascinating.

If you’re a higher-ranked player, copying items from the Buying Guide or purchasing the same items for each match is incorrect because you already have the knowledge to decide which item build will enable you to win the match. On the other hand, if you are new to Dota 2, avoid experimenting with different item builds and stick to buying guides. 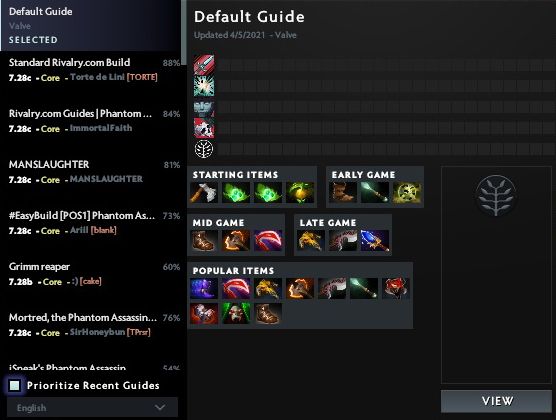 For example, if you’re playing Phantom Assassin and your team is under a lot of pressure, you’ll be required to be involved in team fights early on. In this case, Black King Bar (BKB) must be rushed after the Desolator or Battlefury on Phantom Assassin Due to her low HP pool and vulnerability to spells.

Next: Dota 2 vs. League Of Legends: Which Is Better? 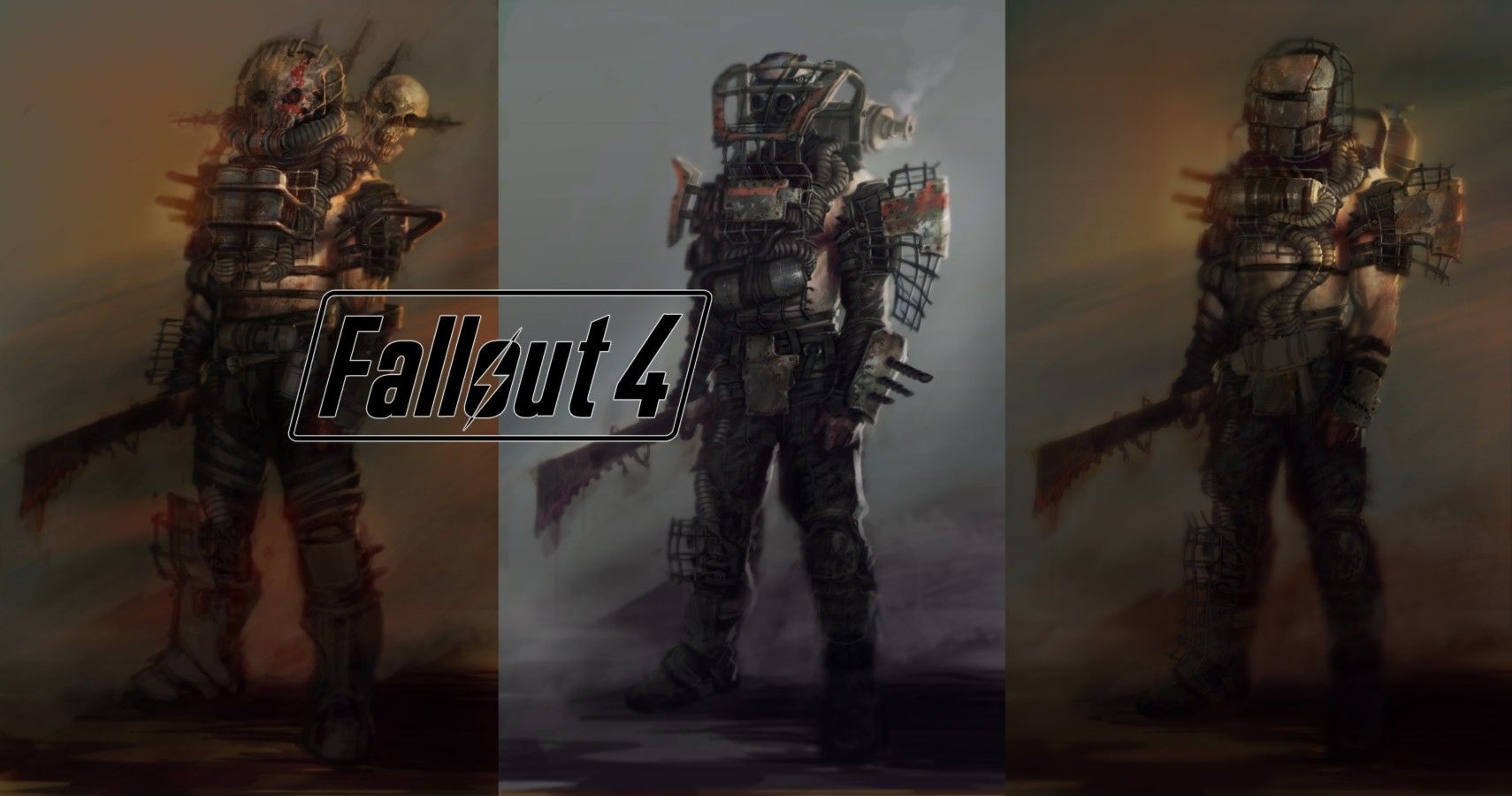 Farhad used to play any game before meeting Dota in 2005. Following the release of Dota 2 in 2013, he discovered that he also enjoys writing. After more than six years of reviewing technology products and Playing Dota 2, he has decided to share his knowledge of this game.