Dota Underlords Season One kicks off with Battle Pass and more

Dota Underlords is officially out of Early Access. Publisher Valve Software is launching Season One of its popular auto battler today. This content drop introduces a new Battle Pass and modes. You can start playing Dota Underlords for free on PC, Mac, Linux, iOS, and Android, and all of your progress carries over between those platforms.

Like other auto battlers, Dota Underlords is a team-based multiplayer game. You build a squad of minions with the goal of unlocking their synergies and upgrades to take out and outlive your opponents. But in Season One, Valve is adding new multiplayer and solo modes.

These new modes all relate to the ongoing narrative for Dota Underlords Season One. The city of White Spire has found itself in the midst of a power vacuum. Someone killed the city’s matriarch, and now smugglers and other unsavory types are fighting to take her place. Those include a demon summoner, a wine-guzzling anthropomorphic walrus, and more. In one of these new modes, you choose from the underlord heroes and then work through a series of stages and puzzles. 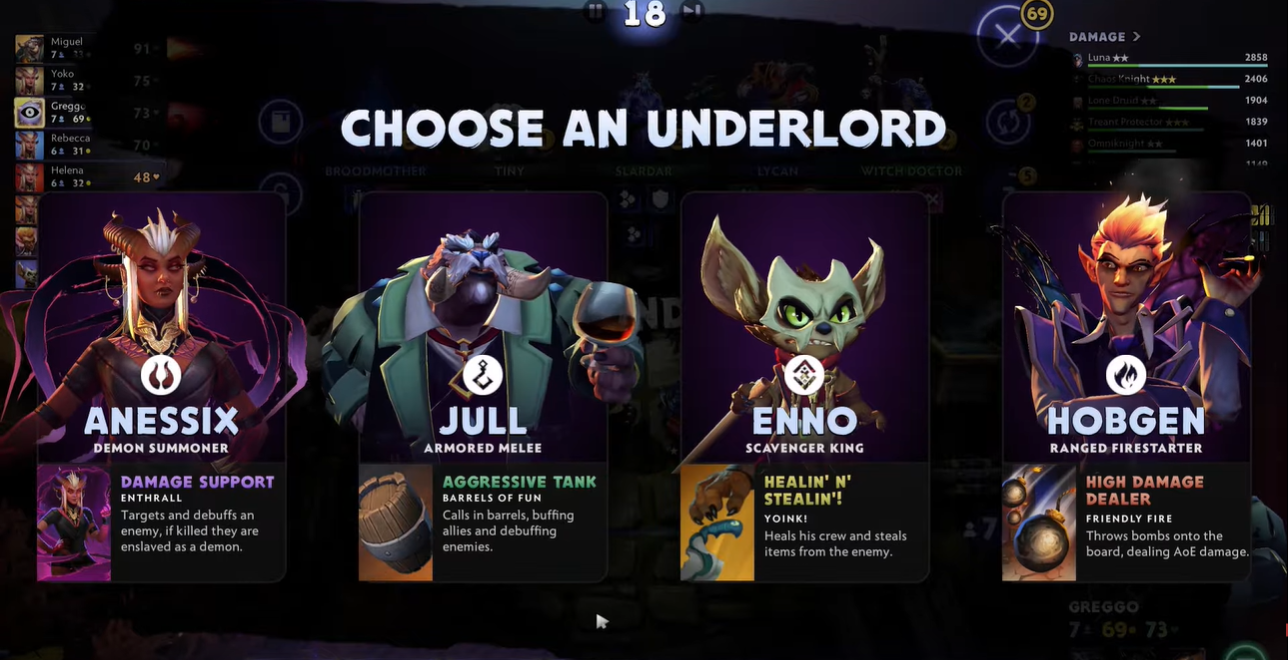 Above: Dota Underlords gets new modes for Season One.

Dota Underlords Season One is also getting a Battle Pass. This enables players to progress through tiers to unlock cosmetic items. If you purchase the premium Battle Pass, you will unlock more accessories at a faster rate. Valve first popularized the Battle Pass with its annual Compendium content for Dota 2. Now, it’s using that as the primary business model for Underlords.